10 Absolutely Brilliant Pirates Of The Caribbean Details We Bet You Never Knew!!

The Pirates Of The Caribbean series is one of the most beloved franchise in Hollywood. Here are a few clever facts about the movie series we bet you never knew.

Jack Sparrow Is Not Always Drunk (Despite Appearances) 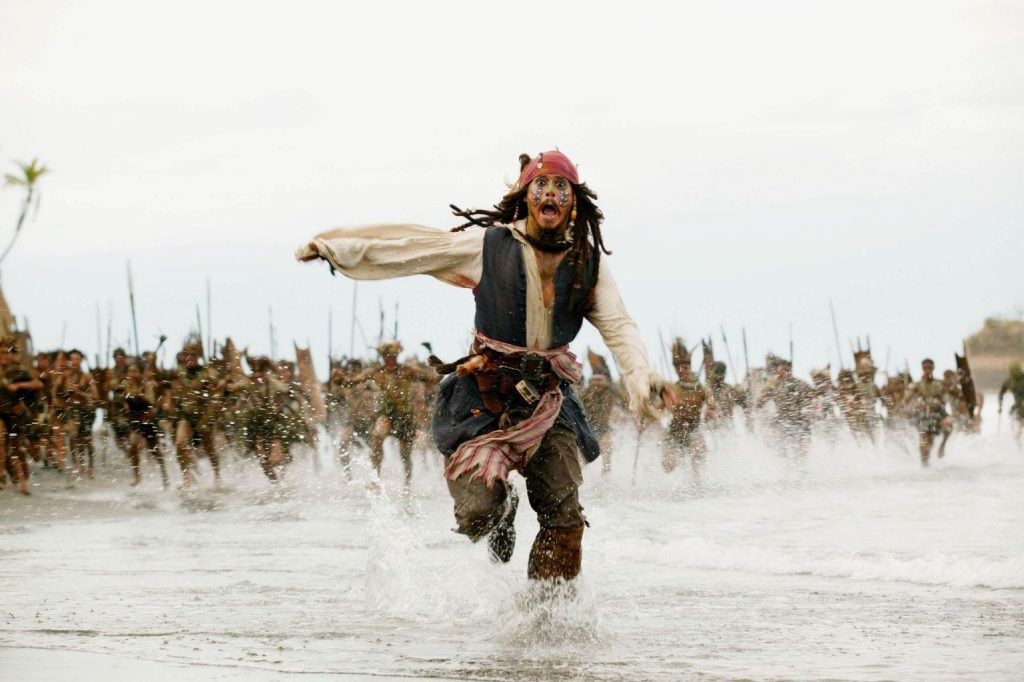 Although he does enjoy the rum, Captain Jack Sparrow’s wobbly way of walking is not always because he had a one too many to drink. If you notice carefully, Captain Jack Sparrow walks in an distinct, awkward manner when on land. When he is on a ship, he walks straight as an arrow. What Captain Jack Sparrow has is sea legs. This is a man who has spent so much of his life on the ocean that his entire body has acclimatized to it. Walking on land seems unnatural to his body now.

The Pirates Of The Caribbean Movies used a lot of props and replicas. The guns that you see in these movies were not real of course. They were all fake. The only actor who was an exception to that rule was Johnny Depp. Jack Sparrow was the only character in the entire series that ever got to use an actual pair of Flintlock Guns from 1765. The guns were used by Depp only when they needed to be fired. For other scenes, Johnny Depp used a replica.

Also Read: Johnny Depp Rumored To Be Joker In Batman Beyond

The Pirates Of The Caribbean movies pay a lot of homage to voodoo traditions. Many of the trinkets and storylines in the movies are based on old Caribbean folklores and legends. The Curse Of The Black Pearl gave us a chest of coins that were cursed. When Elizabeth Turner falls into the ocean, the coin around her neck activates. As she makes way to the water surface to breath, a cloud formation in the shape of a grasping hand reaching for the island could be seen in the distance. Fans claim that it is the voodoo God Damballa, the Sky-Father God and the Creator Of All Life.

Only One Pirate In Dead man’s Chest Used Practical Effects 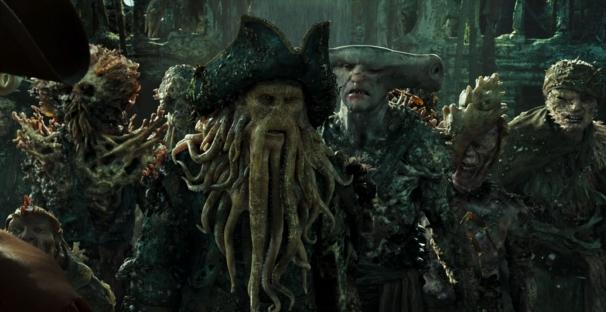 As more entries came into the franchise, the Pirates Of The Caribbean series started relying heavily on CGI and special effects. After Davy Jones and the Flying Dutchman came into the scene, the CGI went off the roof. But did you know that there was actually a pirate within the crew of Davy Jones that never used any CGI effects for his appearance. The Flying Dutchman’s crew was made up of grotesque men that had become one with the creatures of the sea. While the majority of them were so inhuman they could not be replicated via cosmetic techniques, Bootstrap Bill, played by Stellan Skarsgard, relied only on practical effects to create his appearance.

There’s A Lord of The Rings Easter egg 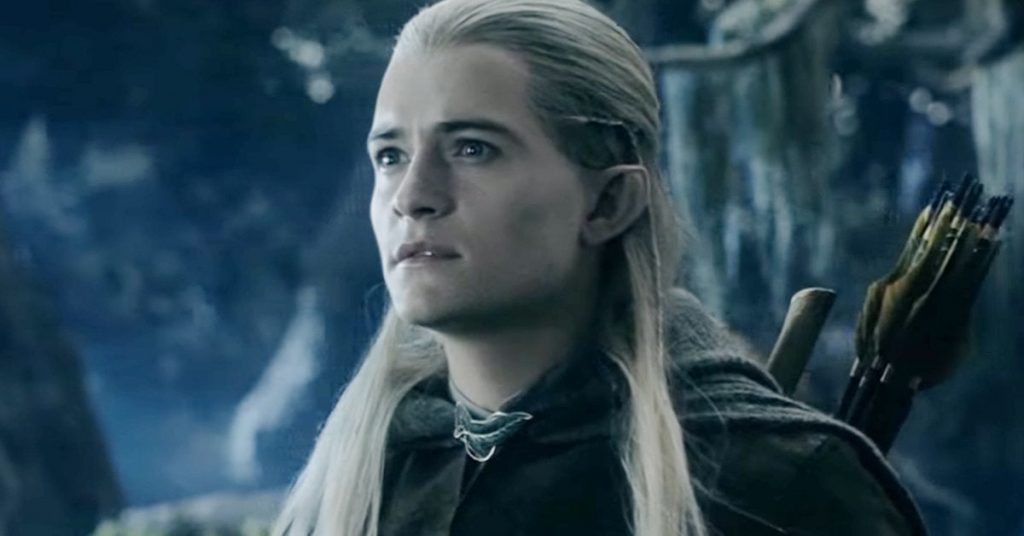 Orlando Bloom is an actor that has starred in some really high profile projects in Hollywood. Before starring as Will Turner in Pirates Of The Caribbean: Curse Of The Black Pearl, he was a part of the Lord Of the Rings trilogy. He played the Elven warrior Legolas in that franchise. In honor of this legendary character he played in the Middle Earth series, Bloom got a tattoo of the number 9 in Tolkien-Verse’s Elvish Language. That tattoo is actually visible in a particular scene on his right hand in The Curse Of The Black Pearl in 2003.

The Beatles Connection You All Missed 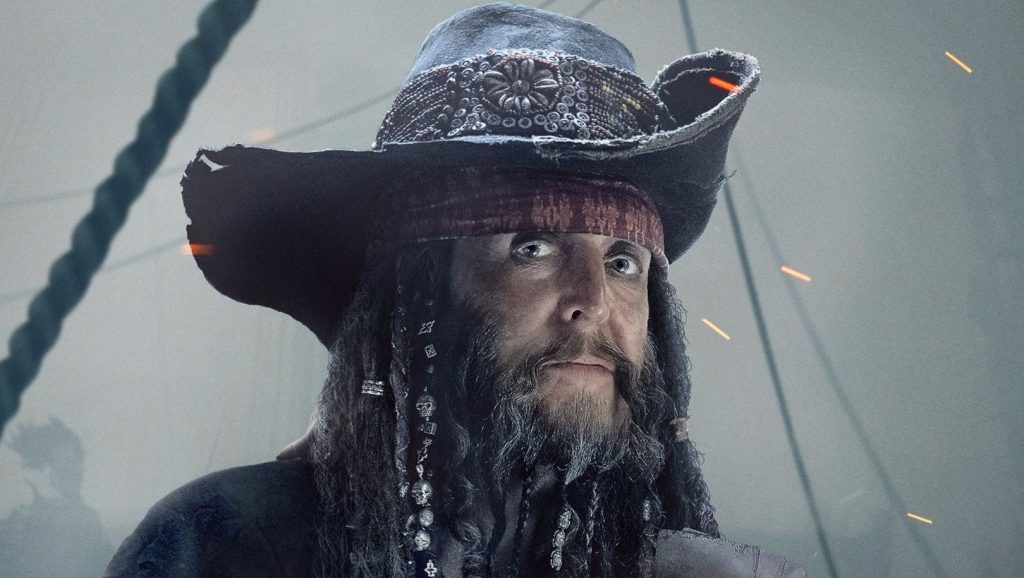 Yep, the movie actually has a Beatles connection. Let us take you to a particular scene in Pirates Of The Caribbean: dead Men tell No Tales. The 2017 movie showed us Captain Jack Sparrow’s uncle called Uncle Jack. Uncle Jack is played by the legendary Paul McCartney. In the movie, Uncle Jack is singing a popular folk song from the 1700’s called “Maggie Mae”. Coincidentally Maggie Mae is also the same folk song the Beatles re-record for their hit Let It Be album in the seventies. the rest is history. Captain Jack Sparrow’s family certainly has good taste in music.

The Dark “Other White Meat” Reference 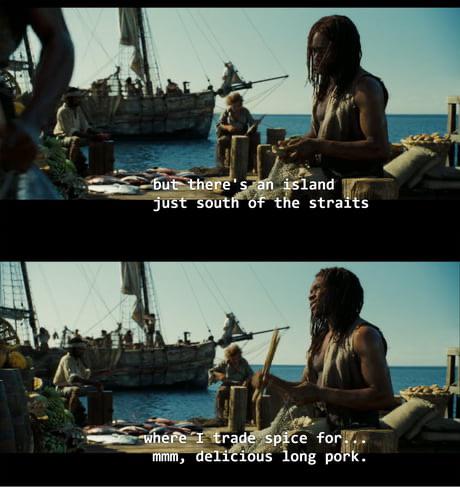 Ever wonder what the term ‘long pork’ meant? It was first encountered in Dead Man’s Chest. The 2006 movie saw will Turner and Jack Sparrow meet a merchant trader who talked of an island he frequently visited. There he traded valuable spices for something he called “delicious long pork”. The island he was talking about was the island of cannibals the guys visit later on in the series. The trader was actually eating human flesh. Whether he was doing it wantonly or not is still a mystery. But it is still dark and morbid to think sea merchants engaging in cannibalism in international waters.

The Dog Holding The Key Scene Is An Incredible Easter Egg 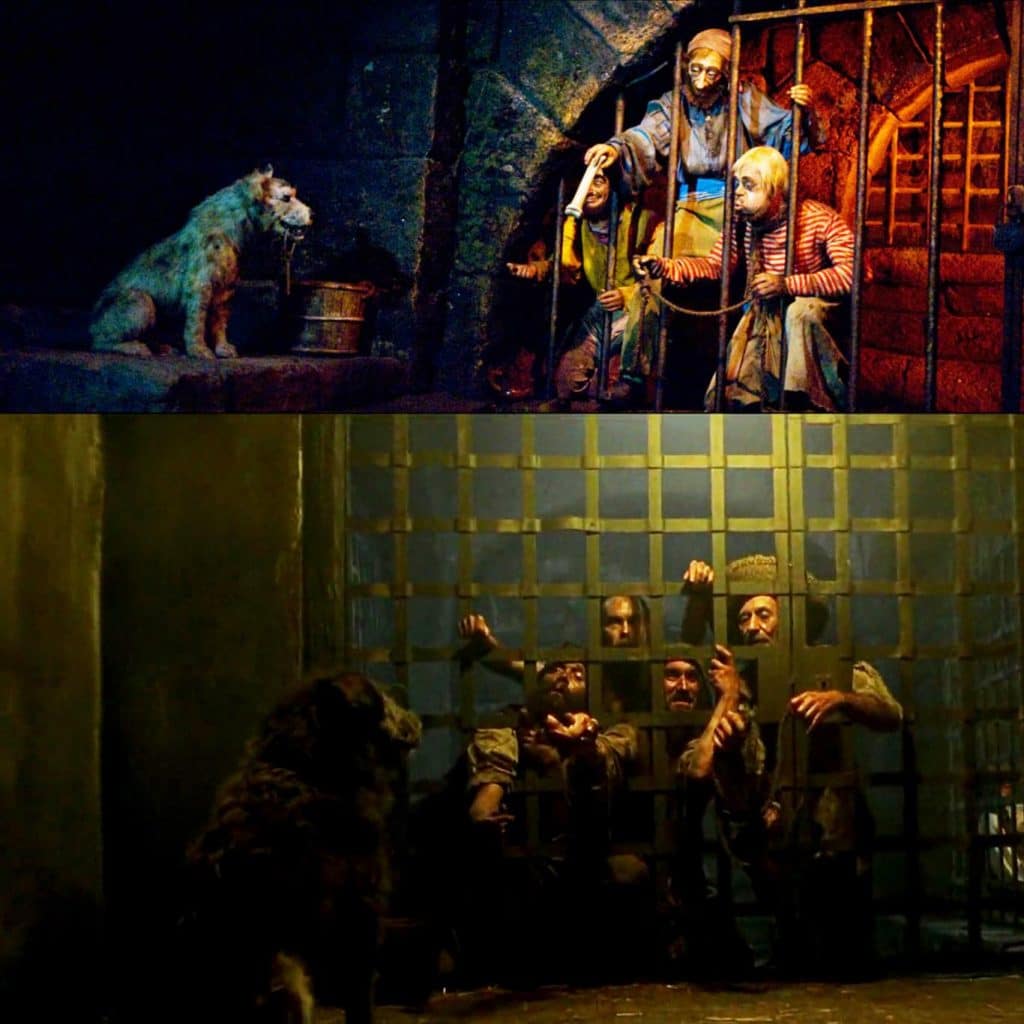 If you know this scene, then you might be onto us already. The clever scene involved a group of prisoners on death row trying to bribe a dog to get them the keys. the dog is standing right next to the cell. he does not move. Even captain Jack Sparrow says the same. Jack Sparrow says the dog is “never going to move”. It was a rather tongue in cheek reference to the actual audio-animatronic in the original Pirates of The Caribbean ride in Disneyland. The animatronic has not been moved ever since it was placed there since 1967.

You May Also Like: Disney Banned Johnny Depp From being A Part Of The Pirates Of The Caribbean Movies

The Weird And Extreme Costume Designs

There’s a reason why the Pirates Of The Caribbean movies had some of the best costume designs. The costume department left no stone unturned to come up with intricate details for every major and supporting character for the movies. Take for example actor Mackenzie Crook. He played the pirate Ragetti in the movie. He is the one with the fake eye. To create his look, Crook had to wear two contact lenses one on top of the other. Wearing two lenses was uncomfortable but not painful, according to Crook. As a result of this ingenious idea, Ragetti is one of the most popular characters in the series.

The Reason Hector Barbossa Had An Apple When He Died 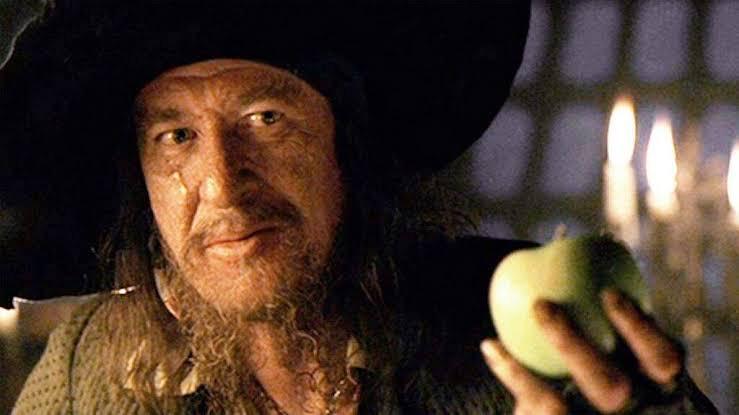 The accursed chest had given every member of the Black Pearl except Jack Sparrow the curse of immortality. They would never die but they can also never enjoy the gifts of life. Hector Barbossa wanted to be mortal again. He carried a green apple up his sleeve wherever he went for a very specific reason. Hector Barbossa would taste that apple the moment he became human again. When Hector died, the apple falls out of his sleeve to tell us a very tragic story. He could never eat that apple like he always wanted to have.

Another Mystery Behind WandaVision Has Been Solved By Marvel 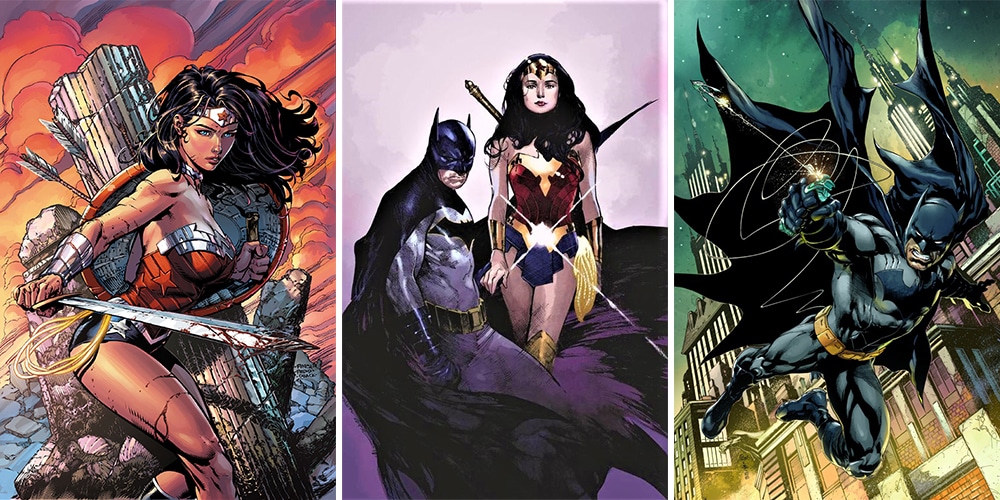 Read More
Relationships between heroes are always a bit controversial. Whether they’re romantic or friendship or even rivalry, there’s always… 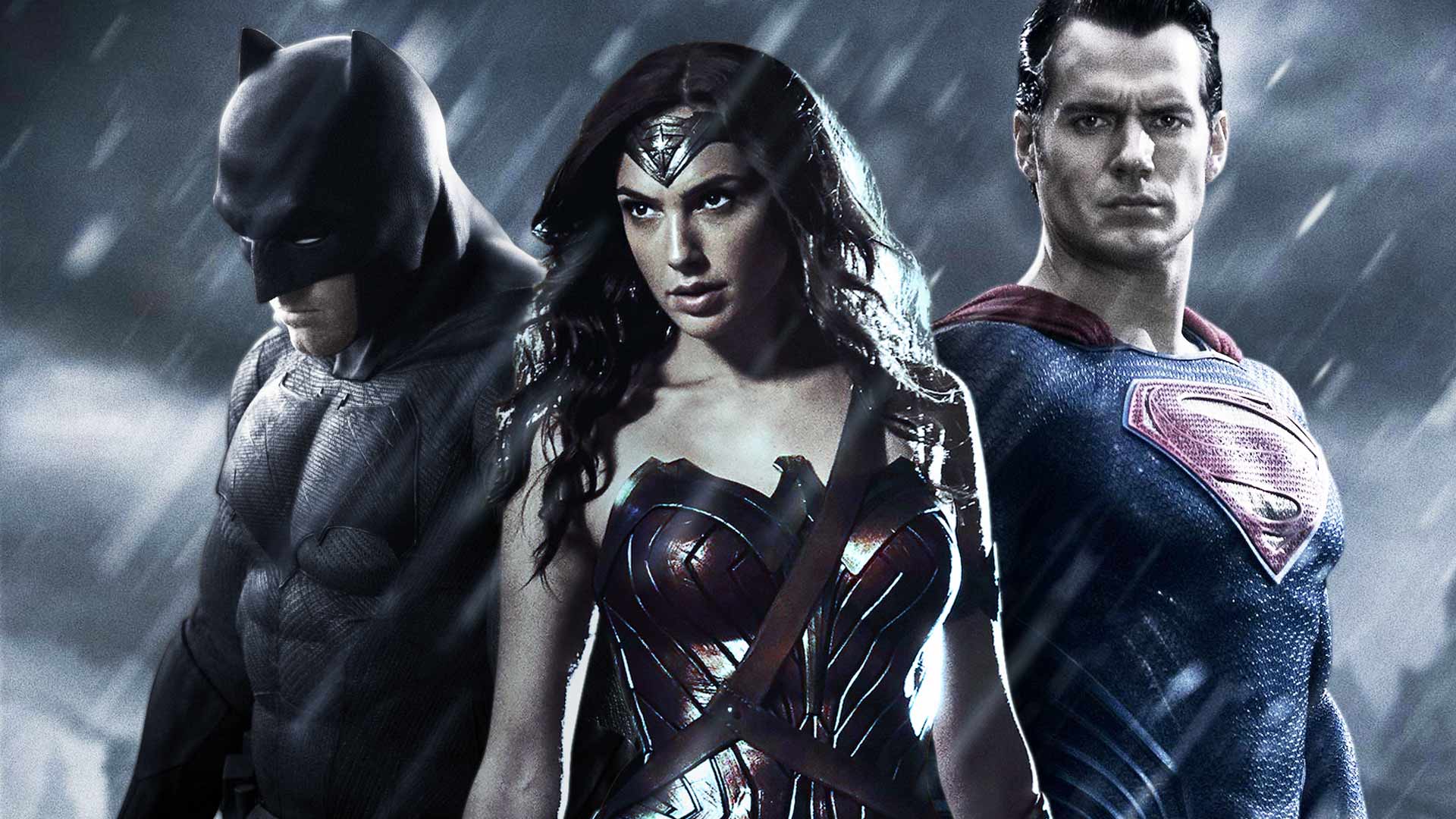 Read More
On Reddit, fans have noticed and posted a brief clip of Doomsday crashing through a wall while battling… 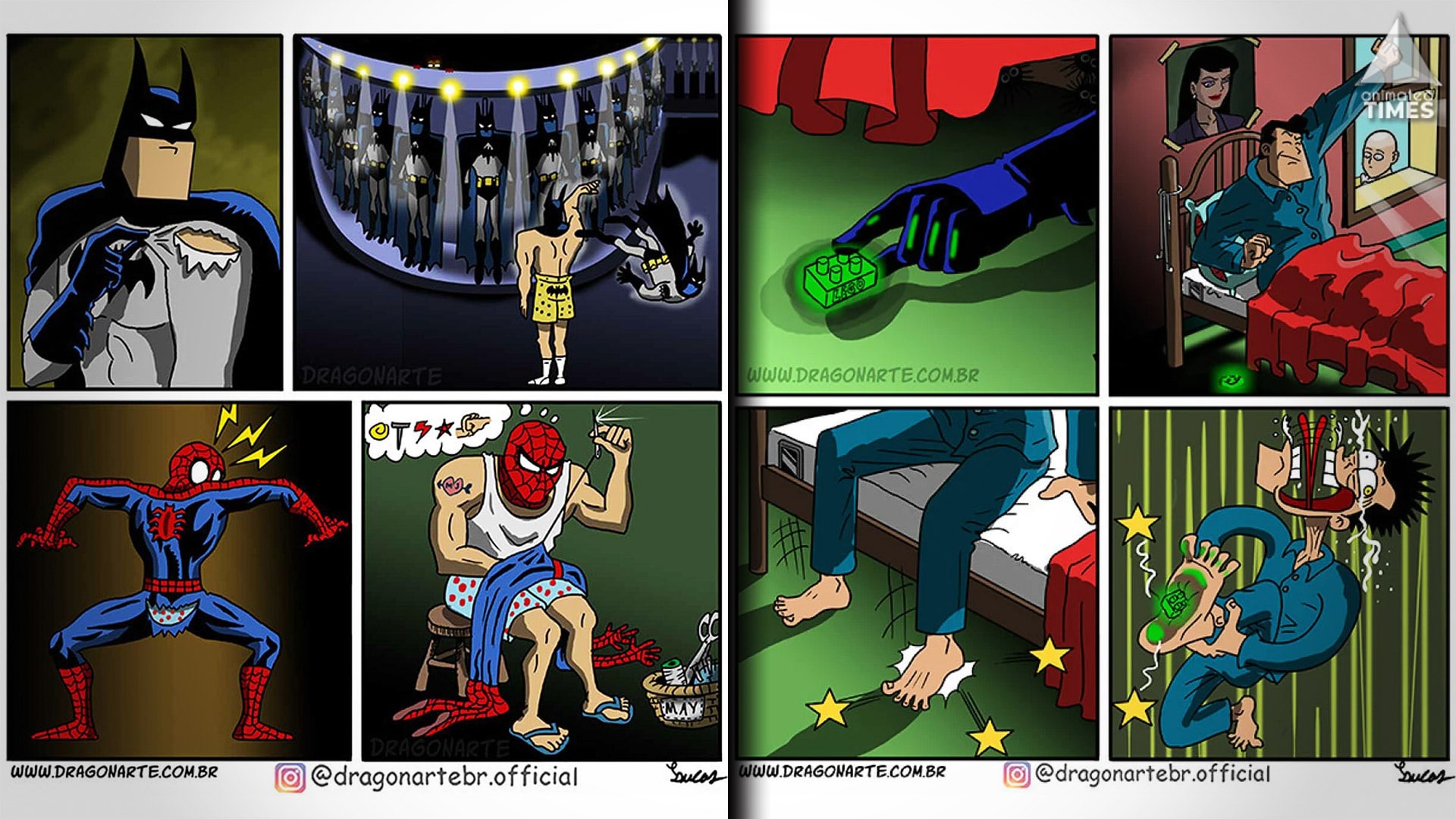 Read More
Have you ever thought what superheroes do when not trying to save the world? Do they just pop… 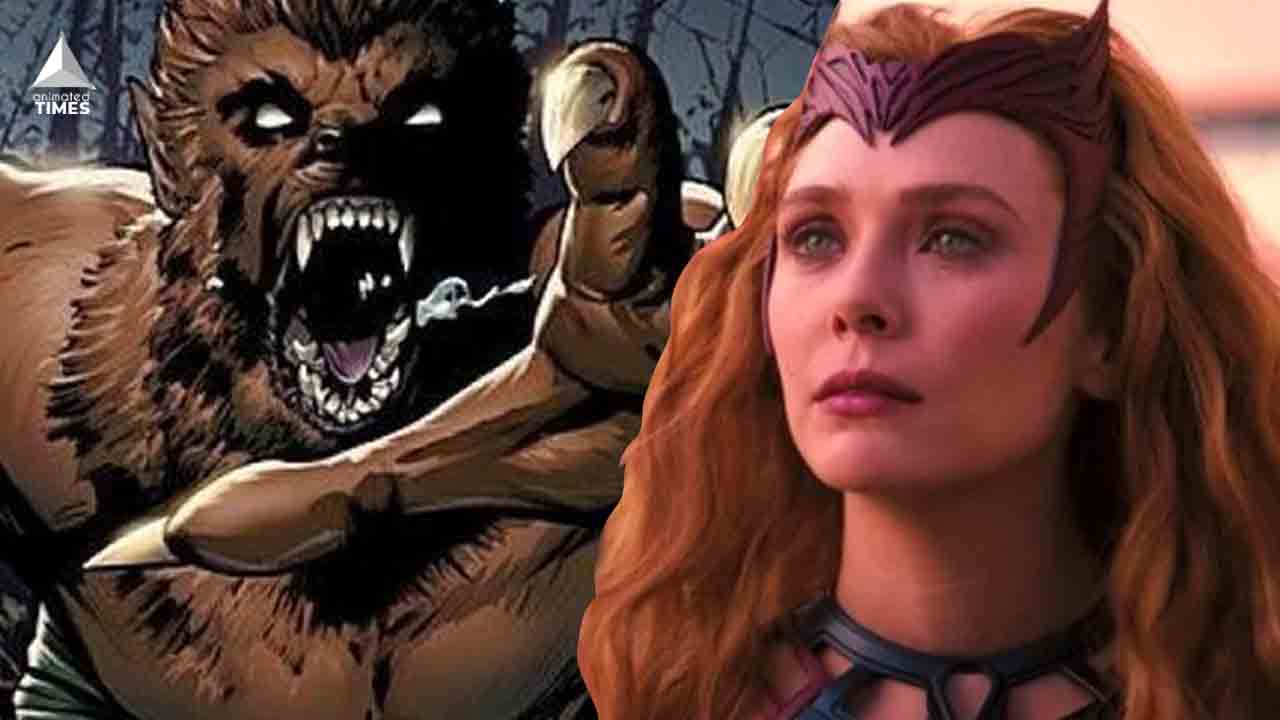