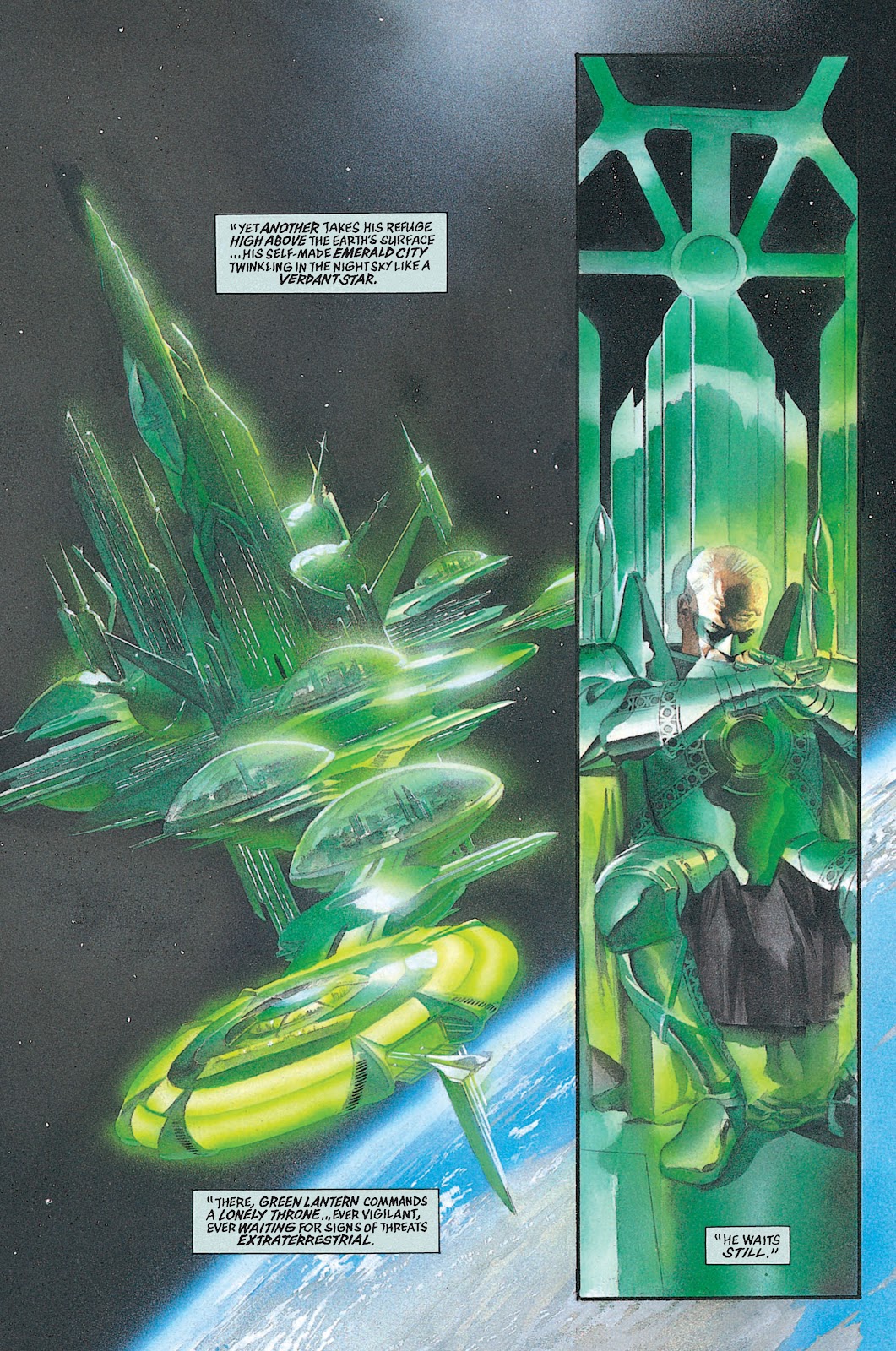 Presenting one of the bleakest Earths in the DC multiverse. Earth-22 is home to older, grizzled veterans of your beloved heroes like Batman, Superman, Wonder Woman, and Green Arrow. Kingdom Come by Mark Waid and Alex Ross, set on Earth-22 is also the home of the Green Lantern- Alan Scott. On this universe/ earth, Alan integrated his lantern into his armor, making him stronger than before. He built a space station called New Oa, surveilling the planet, should threats arise. 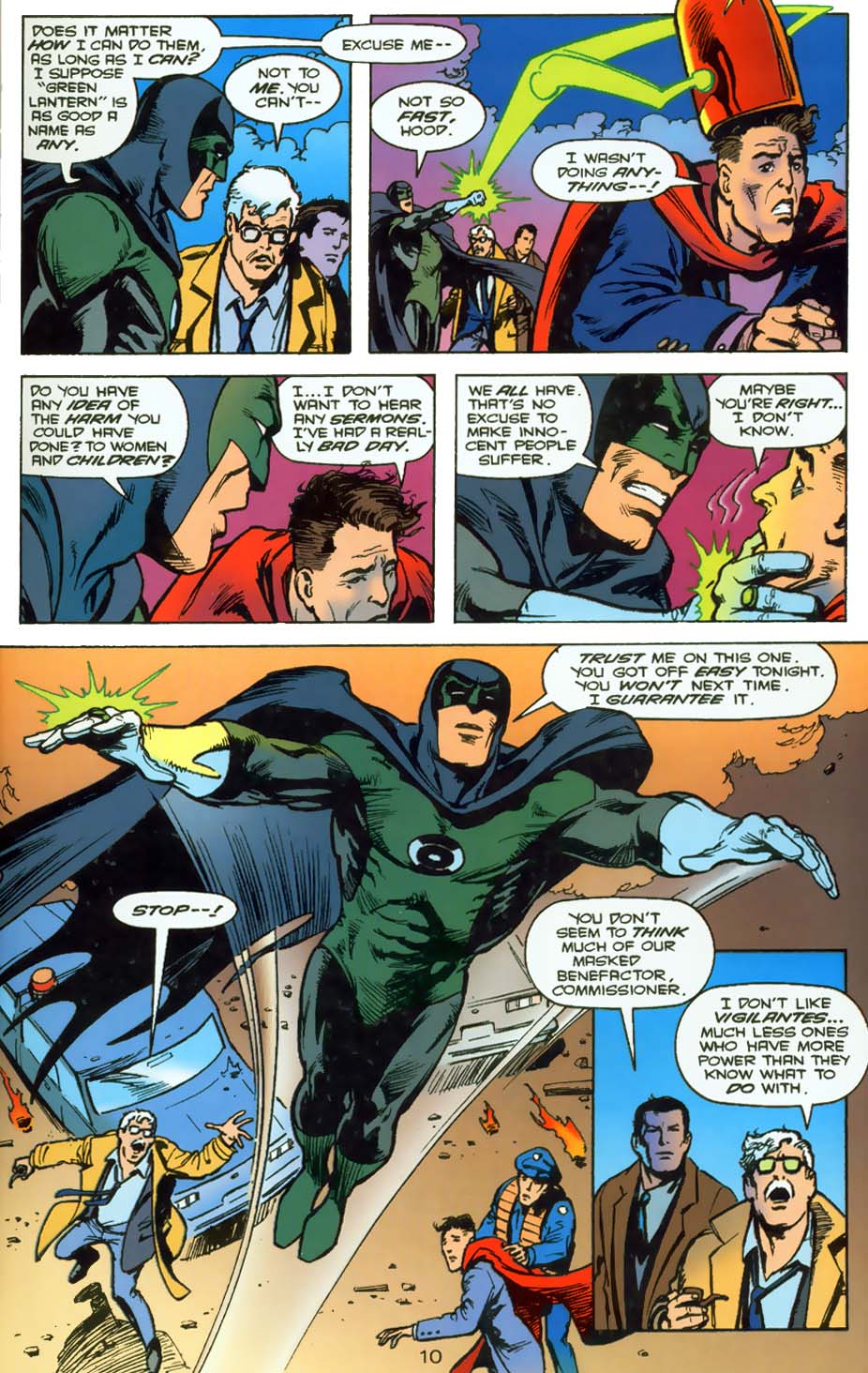 Here’s an interesting story. What if Batman, after his first night of crimefighting, was deemed worthy by the dying Abin Sur, to become a Green Lantern? Batman: In Darkest Knight by Mike W. Barr and Jeremy Bingham answers that question. Set on Earth-36, Batman faces off against Sinestro. Sinestro’s mind has been corrupted by that of Joe Chill’s, the killer of Bruce’s parents. The story sees Lantern-powered versions of The Flash, Superman, and Wonder Woman as well. 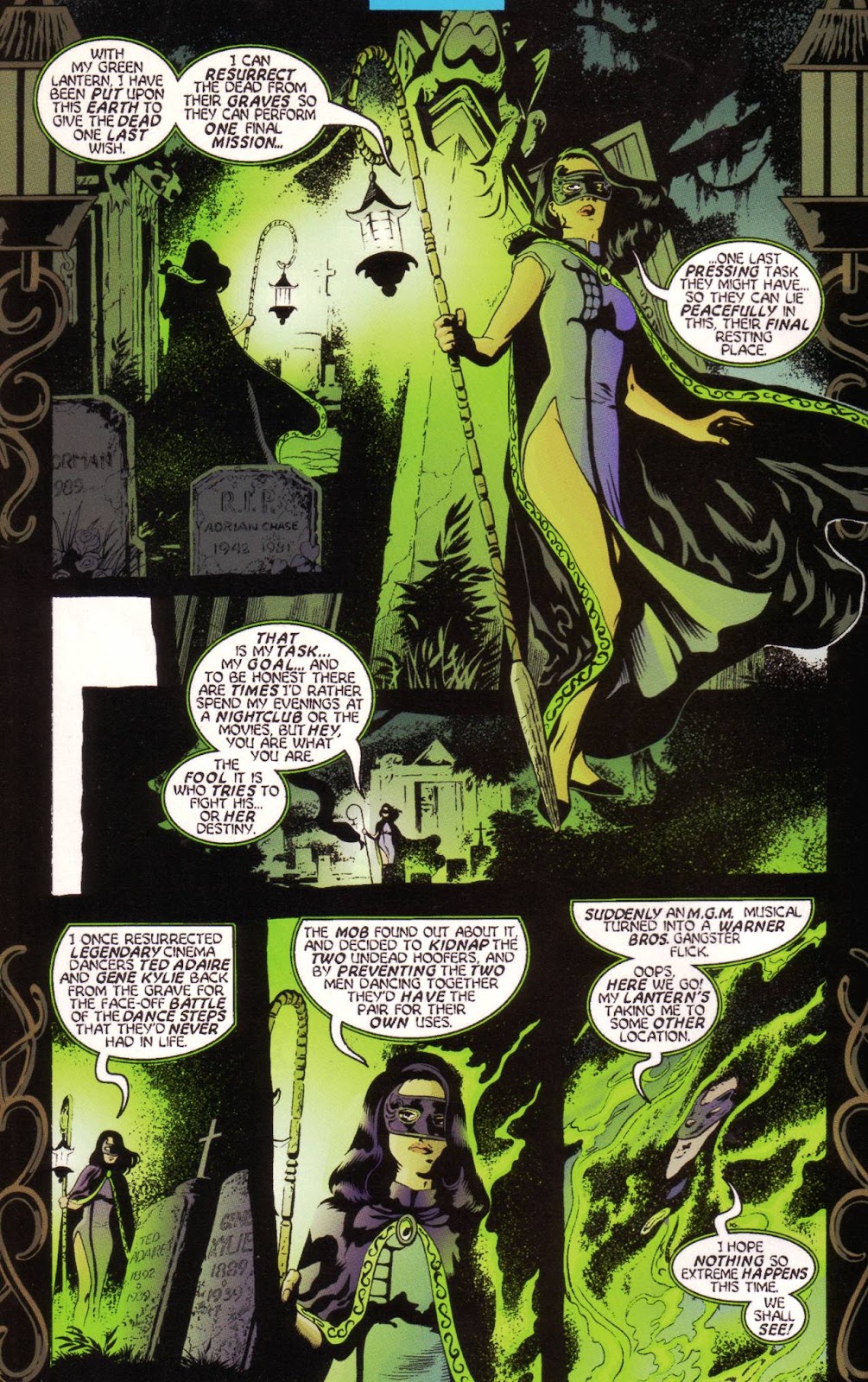 Earth-9 is home to the Tangent Universe. The mysterious Green Lantern of this earth wields a magic Chinese lantern. Its abilities include resurrection, dimensional travel, and teleportation among others. Many stories exist, surrounding the origins of this hero. Some think she might be the murdered adventuress and explorer Lois Lane of Earth-9. Others believe she is the dark sorceress Zatanna of the same earth. The mystery remains unsolved.

Batman: Beyond received a comic book series that was set in the future. It also saw the rise of the brand-new Justice League. Among them was a new Green Lantern. Kai-Ro was a young Tibetan boy in a monastery. In a random twist of fate, he was chosen to become Earth’s new Green Lantern. Serene and mature beyond his years, he was the team’s moral compass. 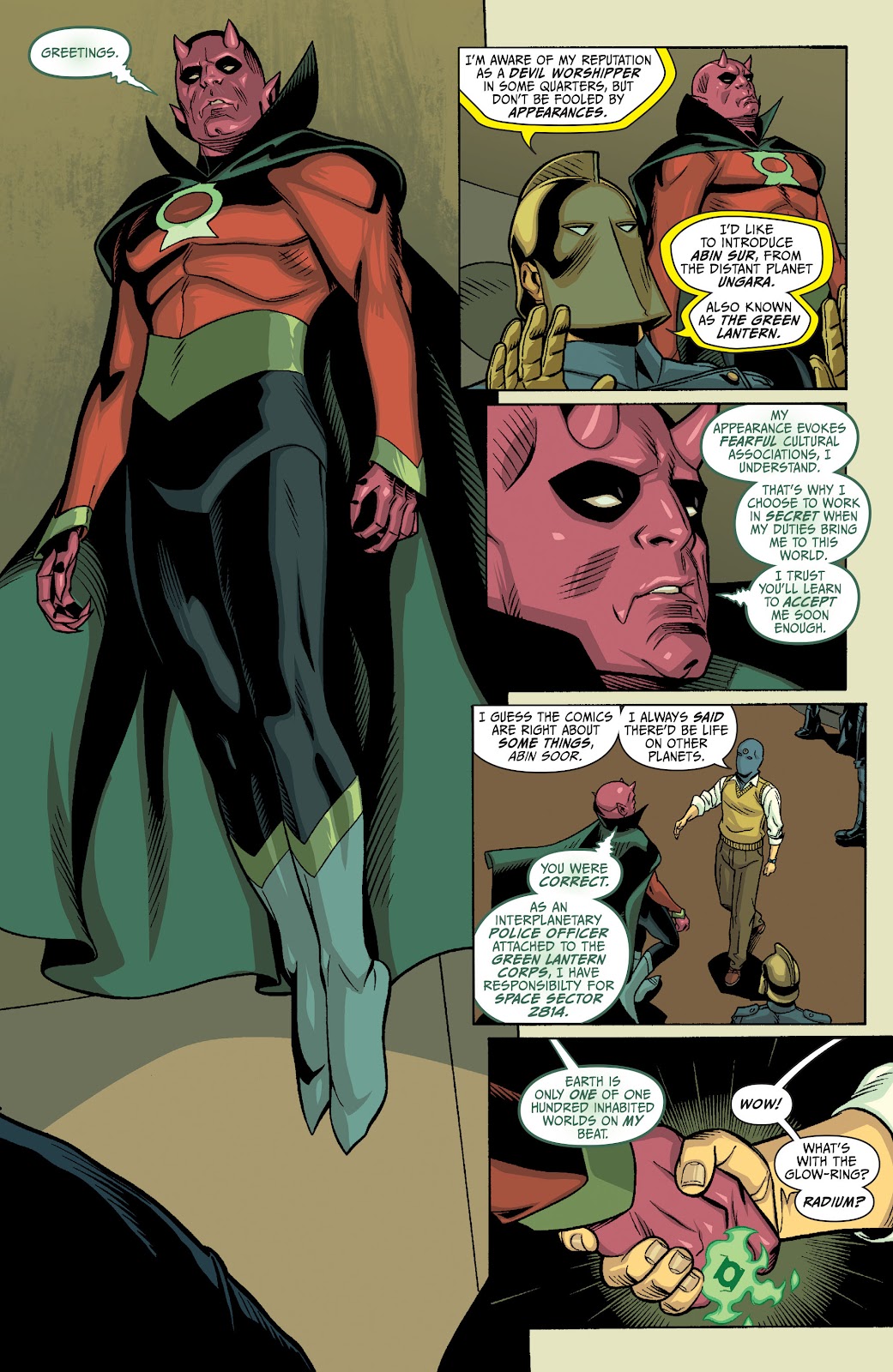 In one of the coolest stories from DC’s Multiversity came the pulpy, Society of Super-Heroes. Led by Doc Fate, clearly inspired by Doc Savage, Abin Sur is the Green Lantern of Earth 20. Depicted here like a demon with horns, Abin at first glance frightened the Blackhawks. Al Pratt, the Atom however extended his hand in friendship. Abin guards over 100 planets in his sector on this earth. 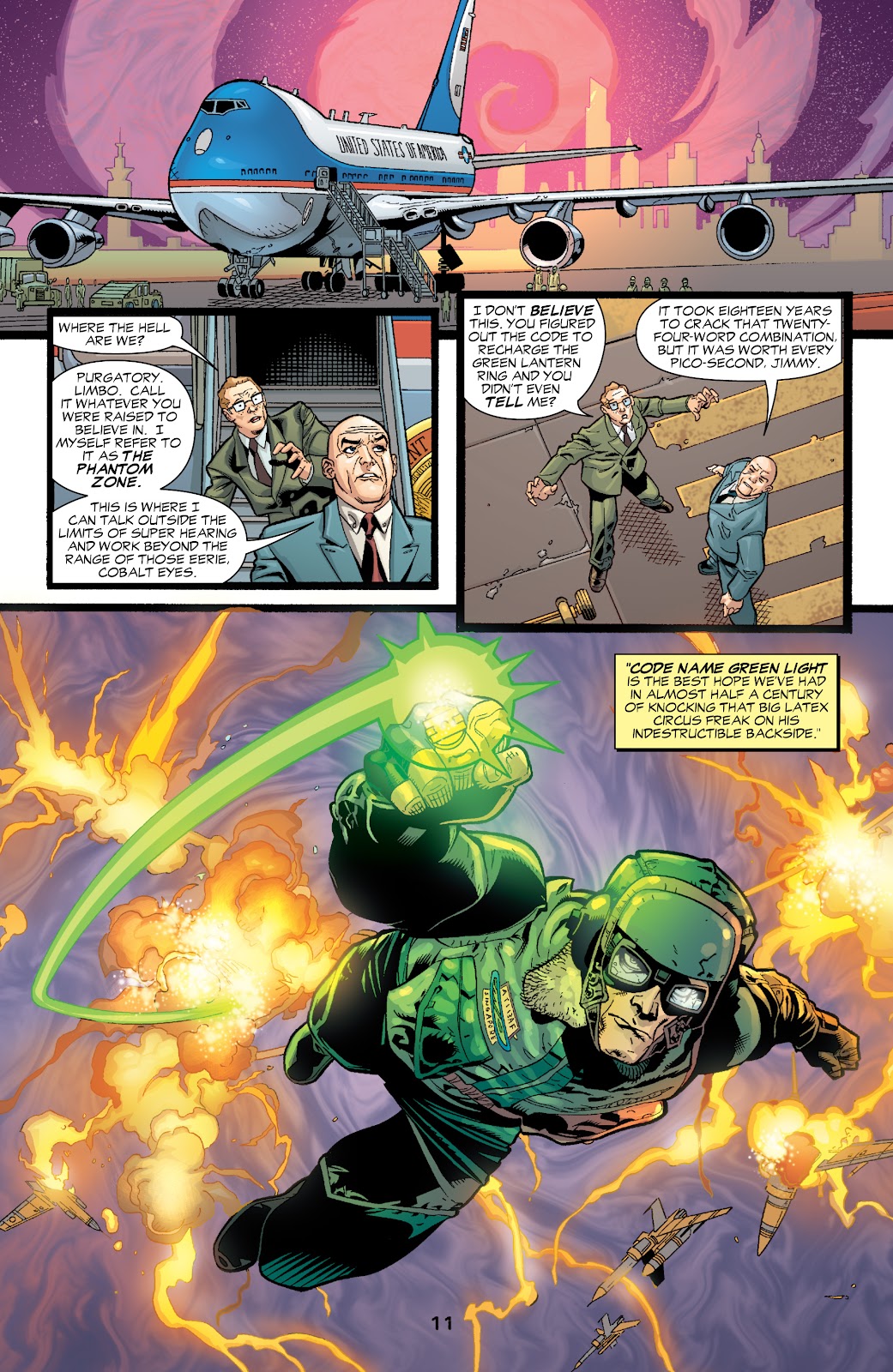 Earth-30 is the setting of the memorable Red Son Superman storyline. What if Superman’s craft landed in the Soviet Union? What if Stalin himself raised him? This world also introduces us to Colonel Hal Jordan, one of the most decorated pilots in their military’s history. |Captured and tortured by communist forces, Jordan agreed to become Lex Luthor’s test subject to wield a power ring for the American Forces after he was rescued. He would go on to lead the newly formed United States Green Lantern Marine Corps against Superman. 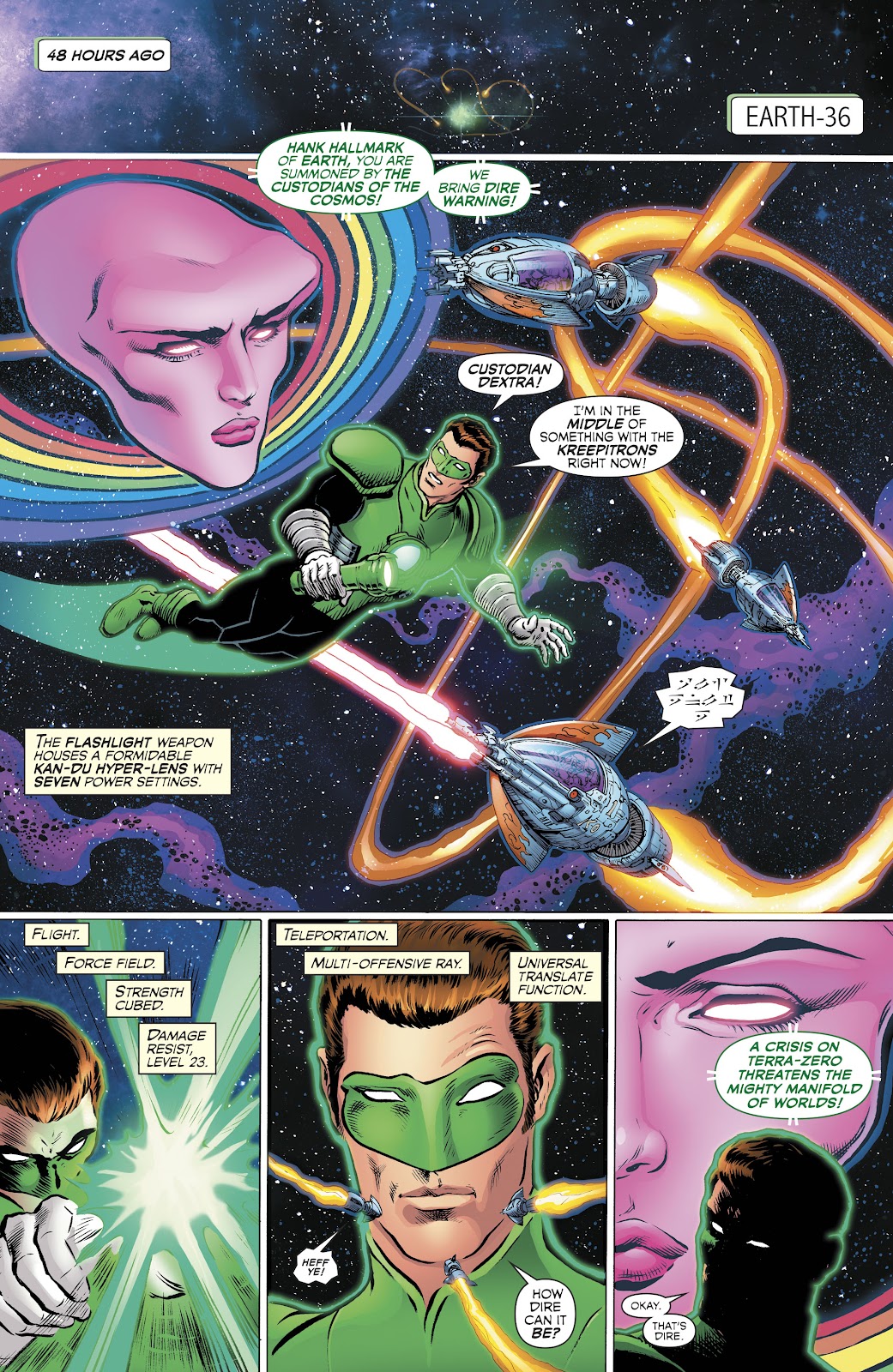 Hank Hallmark answered the call of the Custodians of the Cosmos to protect the sector where his Earth was. He fell in love with his Justice 9 teammate, Red Racer, a speedster, and a comic book nerd. His Flashlight or cosmic power-torch enhances his strength and resistance to damage. It also allows him to fly, create constructs, and act as a translator. 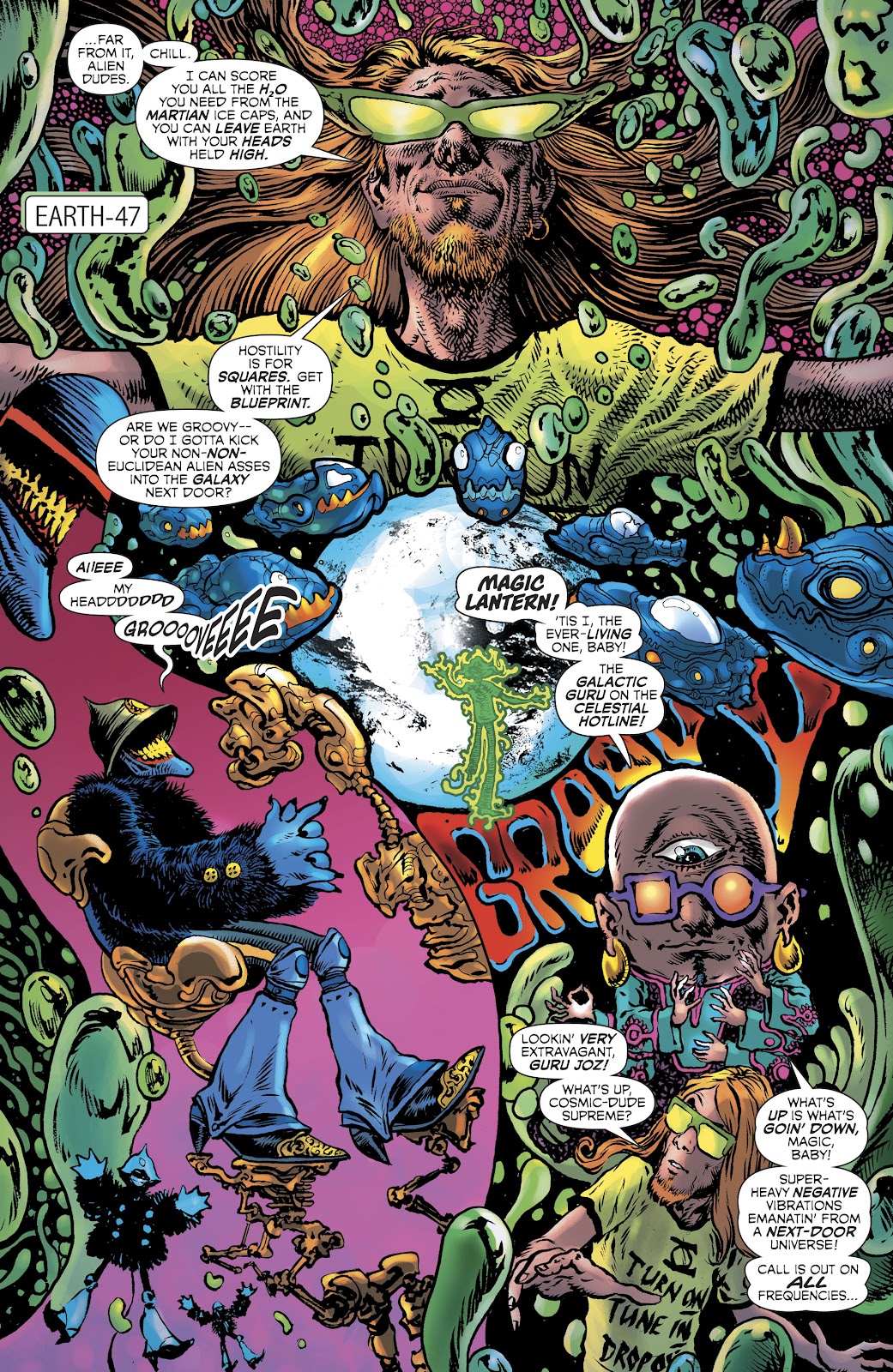 We hum the living guru’s hymn.

When other lanterns lose their shi-

We keep the magic lantern lit!”

The oath isn’t quite the same as the other Lanterns. Then again, this is Earth-47. Immortal teenager Rick Rickard is the president of the United States. Rick finances the Groovily-clad Love Syndicate of Dreamworld. The Magic Lantern shares the same powers and abilities of most of the other Green Lanterns that we know of. Groovy, man! We dig this! 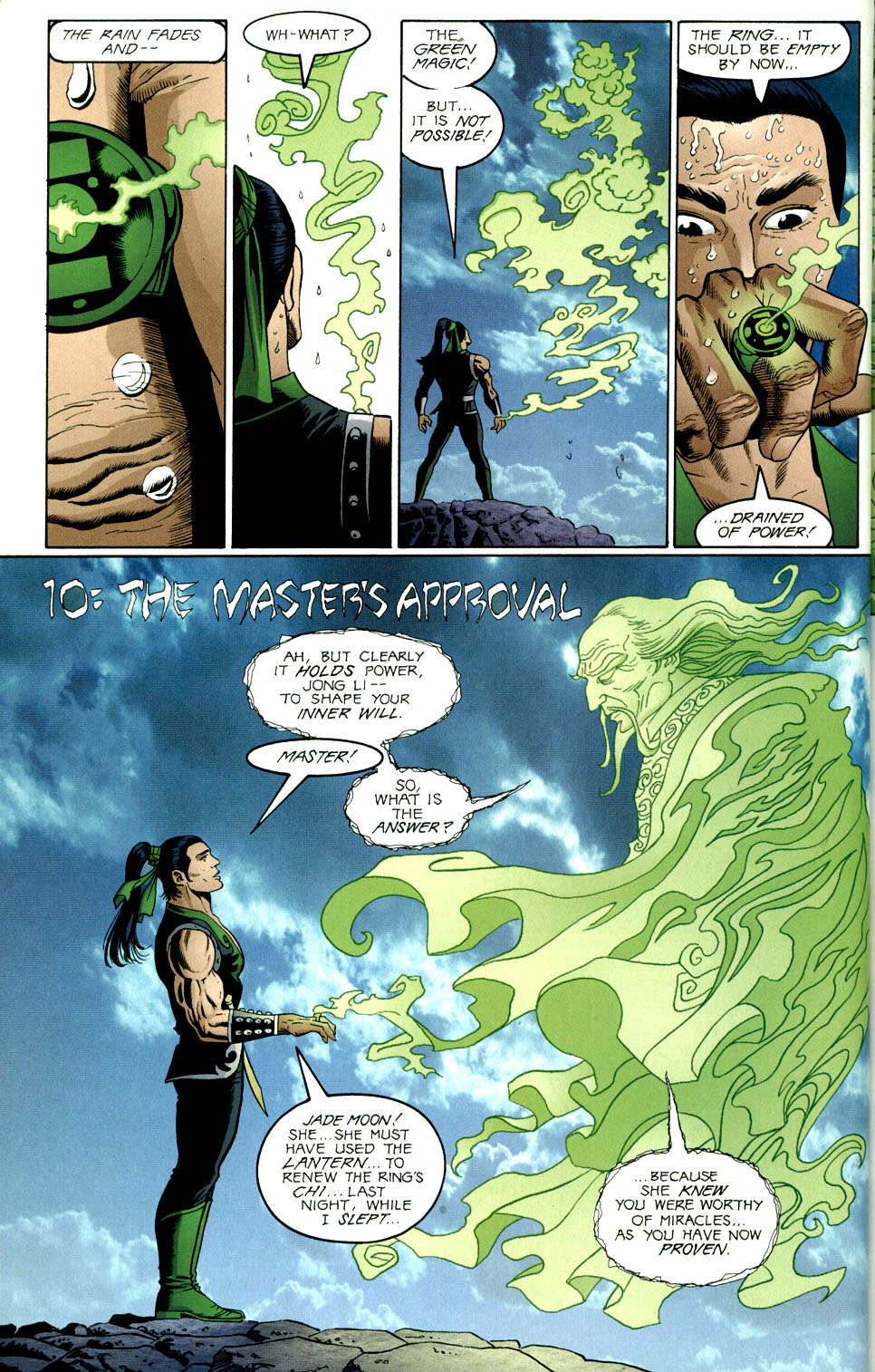 One of the coolest Green Lanterns readers were introduced to, was Jong Li, a 7th century Chinese Monk. His fellow students and masters were slaughtered by the imperial army who were searching for a concubine who had escaped the palace. Jong Li alone survived, escaping through the woods. A night after the massacre, one of the Guardians of the Universe presented him with a ring and a lantern. The guardian dictated him to use it to “oppose evil, to ease suffering, and protect the innocent.” Jong Li became Earth’s first Green Lantern and the first human Lantern of sector 2814. 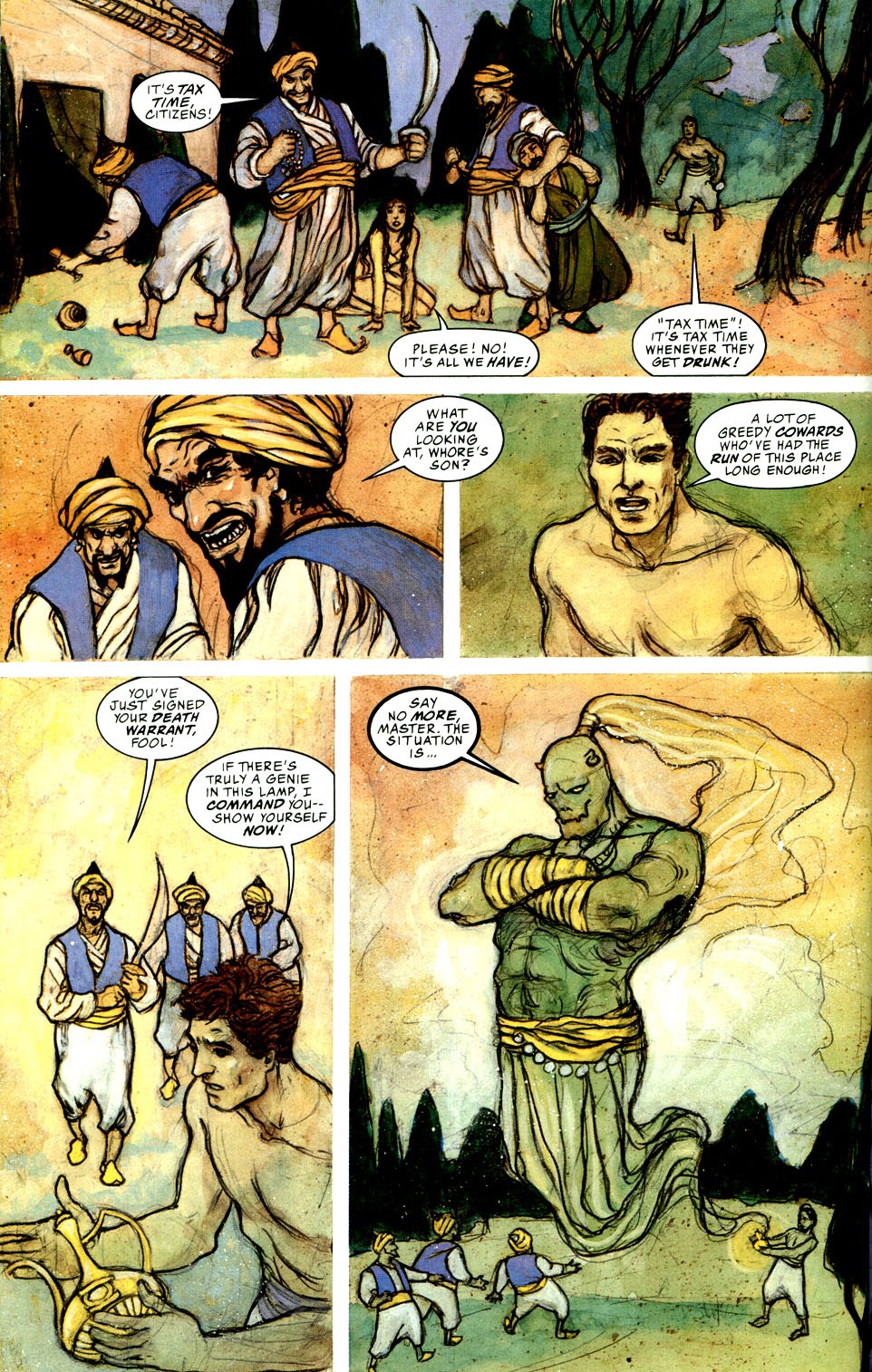 This is an imaginary story, set in the Middle East, with the 1001 Arabian Nights story as the backdrop of this tale. Al Jhor Dan, a fisherman, saved a little blue wizard who gave him a lamp in gratitude. The lamp contained a powerful genie (which looked like Kilowog) that only he could command. Characters such as Sinestro, Katma Tui, Kyle Rayner, and Tomar-Re are given some of the most interesting interpretations. The best part? The story has a happy ending.