Batman beyond is a show that will remain relevant forever. While the show is nowhere near being renewed, these are some shows you can watch to fill that huge void in the mean time. 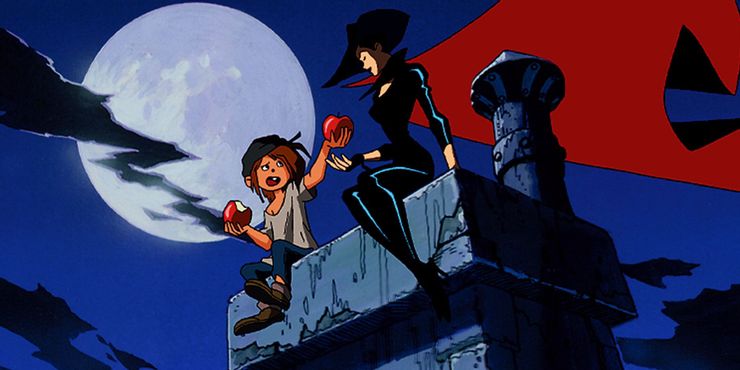 It’s not always that we see multiple nations joining forces to make an animated production. Cybersix is the brainchild of a venture between Japan, Canada, and Argentina. It is considered an animated show way ahead of its time. The show was released in 1999 and it quickly grabbed attention. It tells the tale of Cybersix, the titular android that tries to blend into human society. Cybersix was designed to be a female but she instead impersonates the identity of a male teacher. All the while, she has to fight the machinations of her creator and save the day as a secret vigilante. 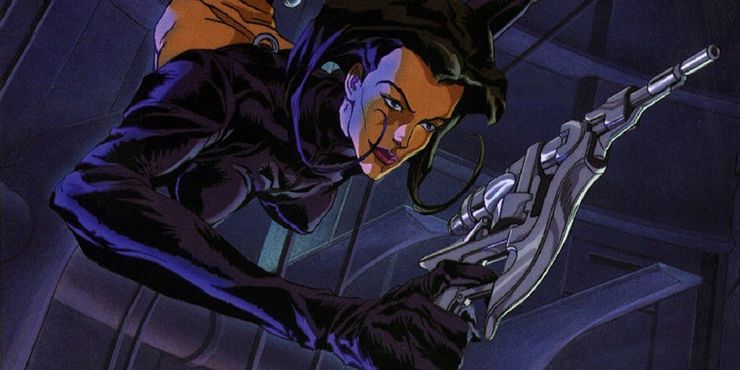 In more ways than one, Aeon Flux is a mirror reflection of Neo-Gotham, the city Terry McGinnis becomes the new Batman. Both have a futuristic city that is governed by a few corrupt elite and one vigilante that becomes a beacon of hope against oppression. Aeon Flux got a bad rap after the massively flawed live action adaptation featuring Charlize Theron as the eponymous assassin. In the year 7698, 99 per cent of all human population has been wiped out. Aeon Flux is an assassin that has made it her life mission to destroy the few elite that now rule humanity from their ivory towers. 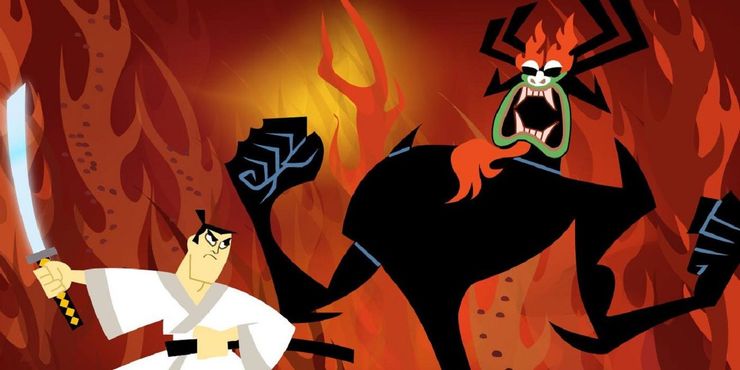 Samurai Jack is bvy far the most ambitious animated show to ever be produced under the Cartoon Network banner. During a time when shows like Powerpuff Girls and Dexter’s Laboratory were mainstream as hell, Genndy Tartakovsky imagined a show with wonderful visuals, a cool lead character, and a very likeable villain. Set in a world overrun by his enemy, Samurai Jack roams an almost alien land and battles monsters and creatures no sane man would. The storyline flows from noir to science fiction and actin-adventure really fast. It is a versatile show with a lot to offer for Batman Beyond fans.

Ghost in The Shell: Standalone Complex 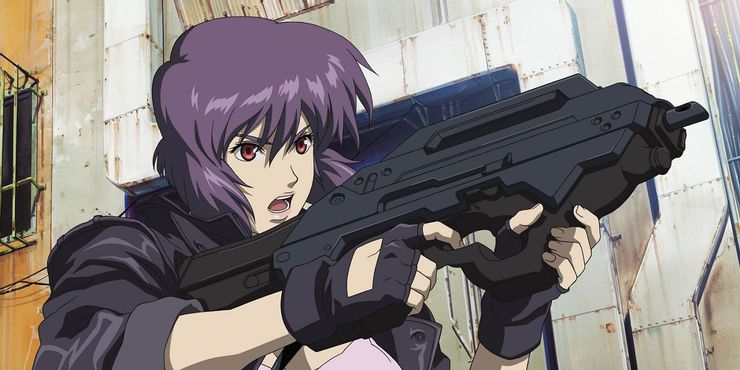 After Mamoru Oshii’s Ghost In The Shell movie was released in 1995, it was praised for its stunning animation and adult themes. The movie became so popular that a spin-off animated show was also released in 2002. The story is about law enforcement wing Public Security Sector 9. The members of this agency specialize in capturing hackers and cyborgs. In the distant future, with humanity having unlocked the ability to transfer their consciousness into machines, hackers become human weapons of mass destruction. The show has a lot to offer if you are a fan of how shows explore human nature and evolution. It also has elements of mystery and sci-fi noir, the very core of Batman Beyond. 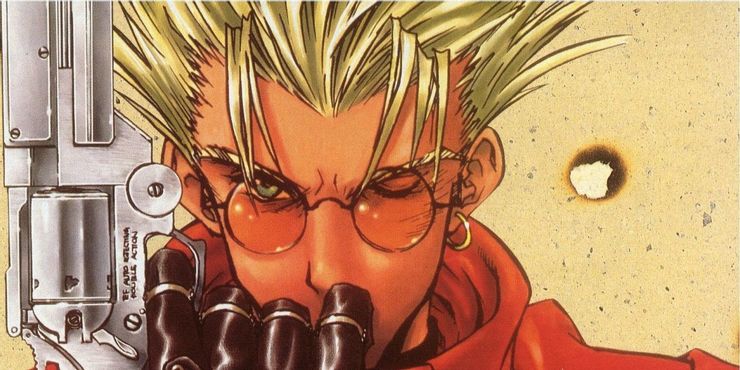 Vash The Stampede is a legendary outlaw gun-man. His goofy nature fools every bounty hunter into thinking he is a minor threat. People underestimate him and he shows them that is their last greatest mistake. The story of Trigun is full of comedy and made up of superb science fiction storytelling. The show, just like Batman Beyond, slowly and steadily refiens itself, funneling the audience’s focus into realizing how this man became the infamous legend he is today. 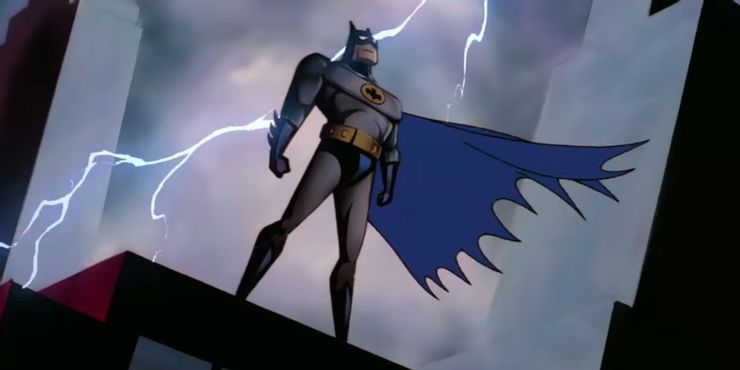 You cannot watch batman beyond before watching the legendary award winning show that started it all. Batman The Animated Series is a classic. And it will continue to be so for the centuries to come. You want to get into a show that established the foundation and framework for future DC Animated Universe shows like Batman Beyond? Then this is the show you must watch. The animation might seem a little dated but the story arc and the characters more than make up for it. Batman The Animated Series is like a mandatory ritual for anyone who wants to become a DCAU fan. 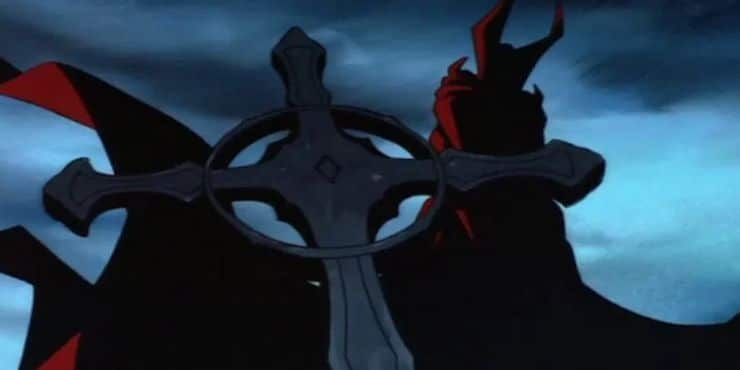 When Todd McFarlane came up with Spawn, he knew her was making a superhero for a more mature audience who had a love for graphic violence. After an animated series centering on the hellish superhero finally aired, the developer studio made the right call by choosing HBO as the platform for it to air. HBO has a rather mature audience who are acquainted with dark story arcs and violence. Sometimes Spawn does go overboard but its representation of a broken city infested with crime and evil are still on point. Even the aesthetics of Spawn are very similar to Batman Beyond. 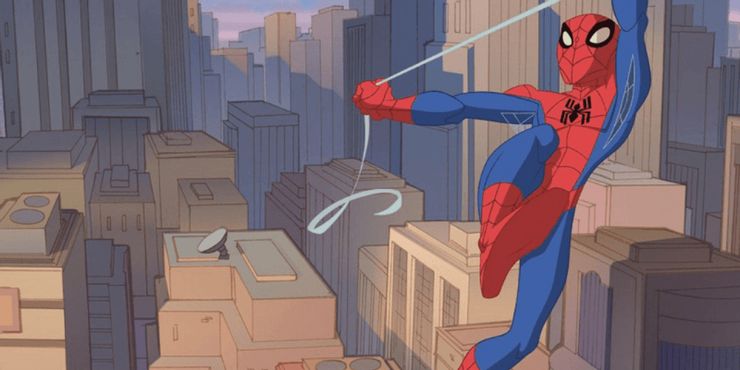 Some fans of Batman Beyond liked the show because of the fact that Terry McGinnis did not come from a place of privilege. Unlike Bruce Wayne, he did not get the opportunities to train himself into becoming a human weapon. He had a rather on-the-job training. he learned from his mistakes he did while on missions and that’s how he became a force of nature. There is only one other show that manages to capture this logic – to train someone the do’s and don’ts of a superhero while on the job – The Spectacular Spider-Man. Although Spider-Man has had a lot of exposure amongst the fans, it is this unique take on the superhero that remains a fan-favorite despite the show being cancelled after merely two seasons. 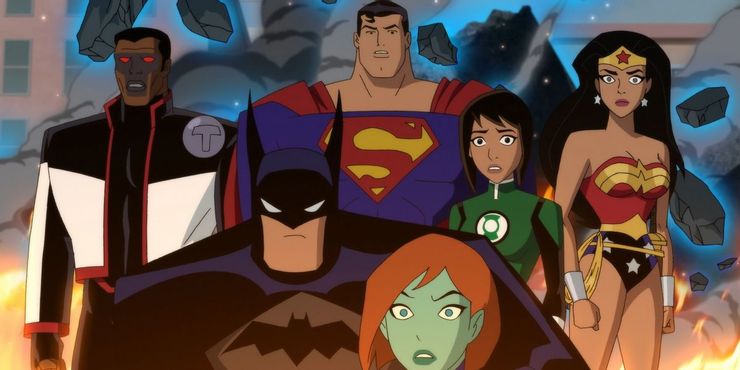 It was Batman The Animated Series that created the bedrock on which the DC Animated Universe was built. But it was Justice League and its sequel series Justice League Unlimited that carried the story forward. The shows established vital characters that paved the way for future generations of superheroes and supervillains that now populate Neo-Gotham. There are times when the show even explores alternate realities and universes. The heroes of the DC Universe even travel to the future and join hands with the hero of Batman Beyond to take down bad guys on occasion. 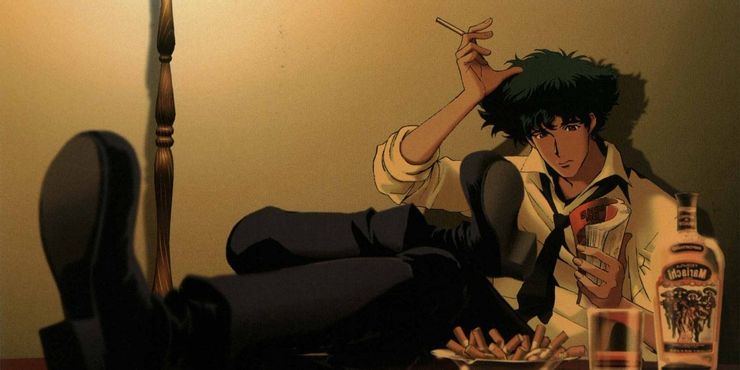 There are so many words to describe this show – influential, gritty, action-packed, cult classic, and sometimes even controversial and ahead of its time. All of that perfectly sums up Cowboy Bebop. Spike Spiegal is a master hand to hand combatant and bounty hunter. When he is not out there doing odd jobs, he is goofing around with his fellow bounty hunter crew. They journey to different alien worlds where they tag and bag evil criminals for profit. They even share stories regarding their past as they travel the cosmos in their personal ship – the Bebop.