Ever sat back in your room and thought how the world would come to an end? These anime series thought of some truly bizarre and strange ways it might happen. And the reasons will shock you to the core. 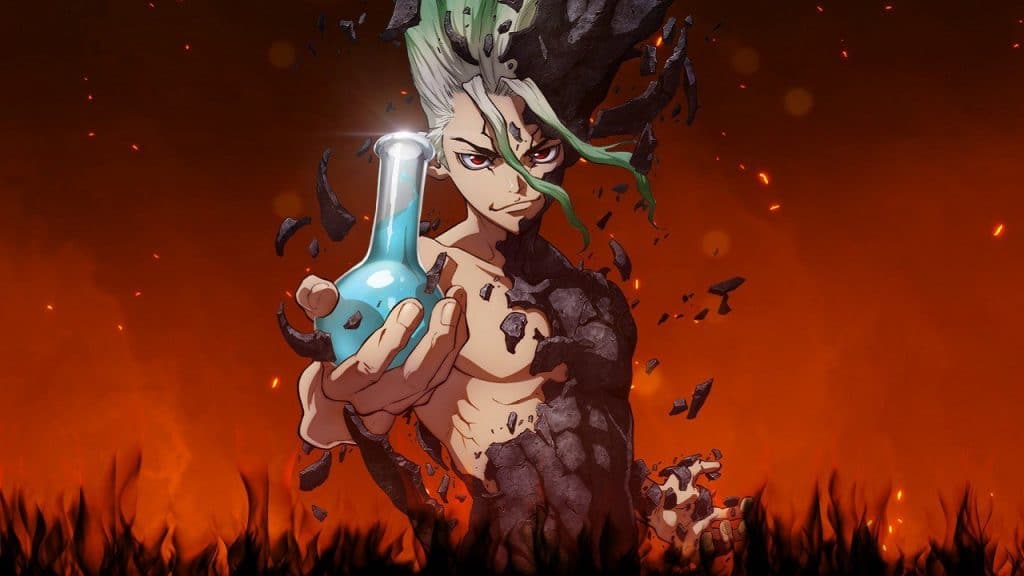 Dr. Stone is a relatively new anime with a fresh story arc. Fans of post apocalyptic and the Isekai genre will find it interesting. a mysterious wave washes over the entire planet. All humans are suddenly petrified, turning into statues. After thousands of years, a genius teen scientist manages to escape his petrified confines. He along with a few other friends, take on the impossible task of creating human civilization from scratch which had crumbled to dust post the Apocalypse. It is an ambitious and daunting anime with some clever story-telling and narrative.

Fist Of The North Star – Crime Takes Over The World 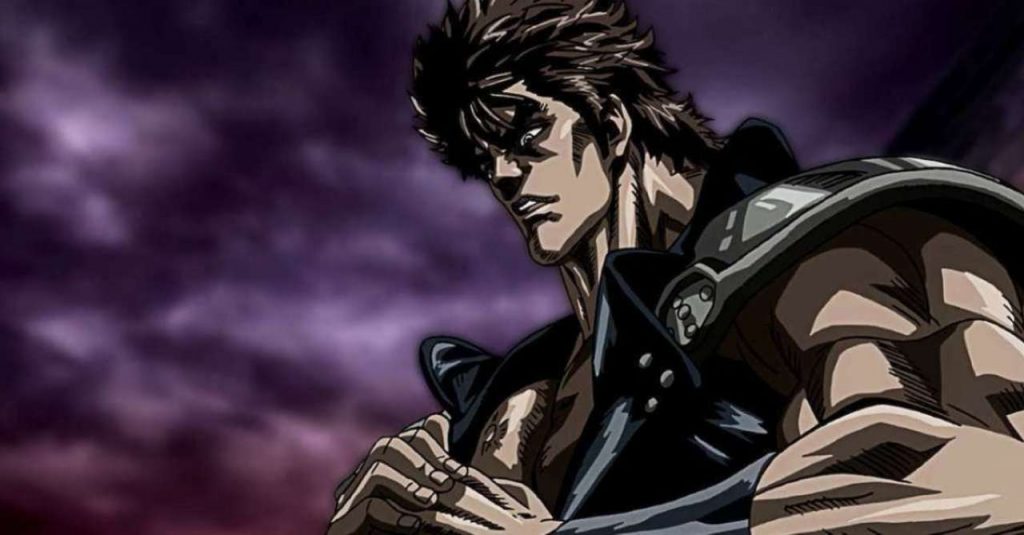 Criminals may be plenty but our law enforcement authorities have been able to cope up with them. But what if there came a time that even the cops were outnumbered? If society had too many criminals and too little authority, how would the world look and feel like? That is exactly how things turn out to be in Fist Of The North star. Murderous gangs take over the world after it falls into abject lawlessness. A young hero uses his martial arts prowess to save his fiancé, who has been kidnapped by a notorious gang leader.

The Promised Neverland – Diplomacy Ruins Everything 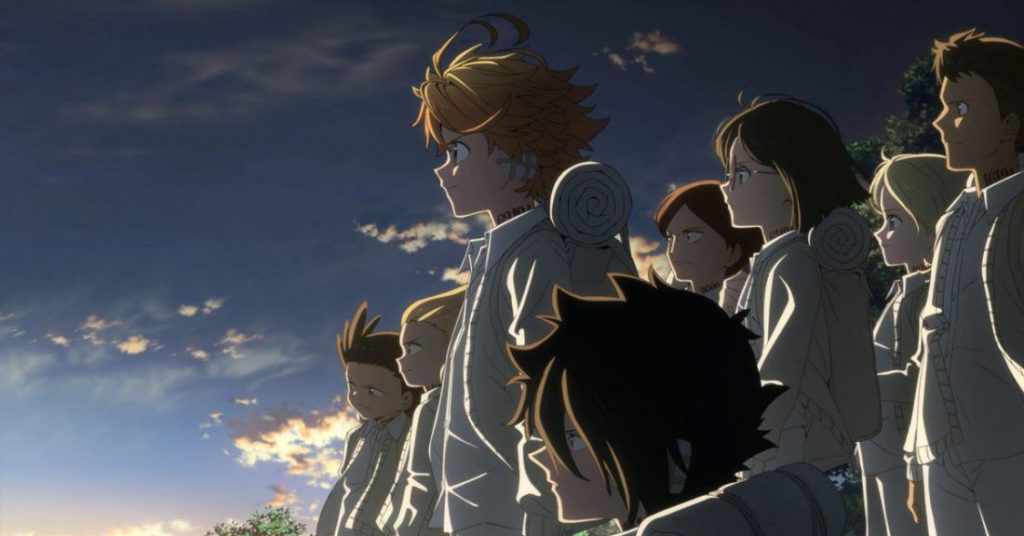 The Promised Neverland is one of the best anime series of recent years. Wrought with twists and turns, there is so much to look forward to in this series. The show takes us to a world where demons and humans exist in the same world. But the Demons have agreed to a truce with the humans. In return for leaving the bulk of humanity alone, the demons are free to operate their independent human breeding grounds. The humans bred by demons are used as live-stock. the young children are eaten alive. No one objects.

This anime takes place so far into the future that most of mankind things Earth is a myth. Most humans do not know the planet that was the cradle of their species’ creation. Gargantia is visually appealing and rife with science fiction elements. Humanity now lives and thrives in an enormous ship big enough to house a whole city. The survivors of humanity’s first war with a warlike alien squid race awaken from their stasis. They then find themselves leading the last vestiges of humanity against the alien creatures that once destroyed their planet.

Attack On Titan – The World Is Overrun By Man-Eating Giants 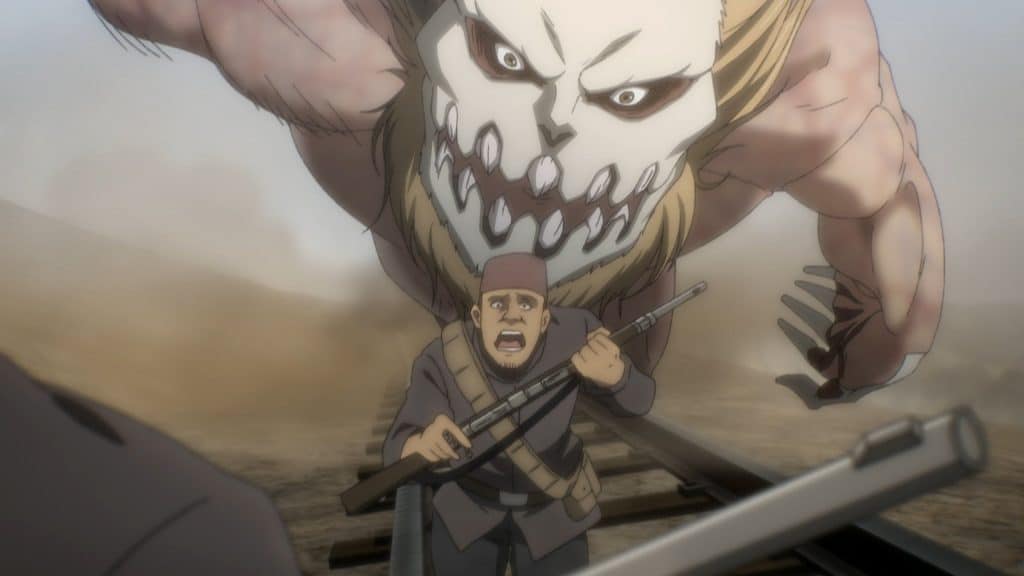 Attack On Titan is an anime that ended up becoming a huge sleeper hit. Nobody knew this anime would become so successful. Eren Yeager and Mikasa Ackerman live in a walled city state with the remaining survivors of humanity. Humanity is now outnumbered by a horde of man-eating giants called Titans, who live outside the walls of the city. When the wall is breached and the Titans invade the last bastion of hope, Eren and Mikasa must fight to save their home. 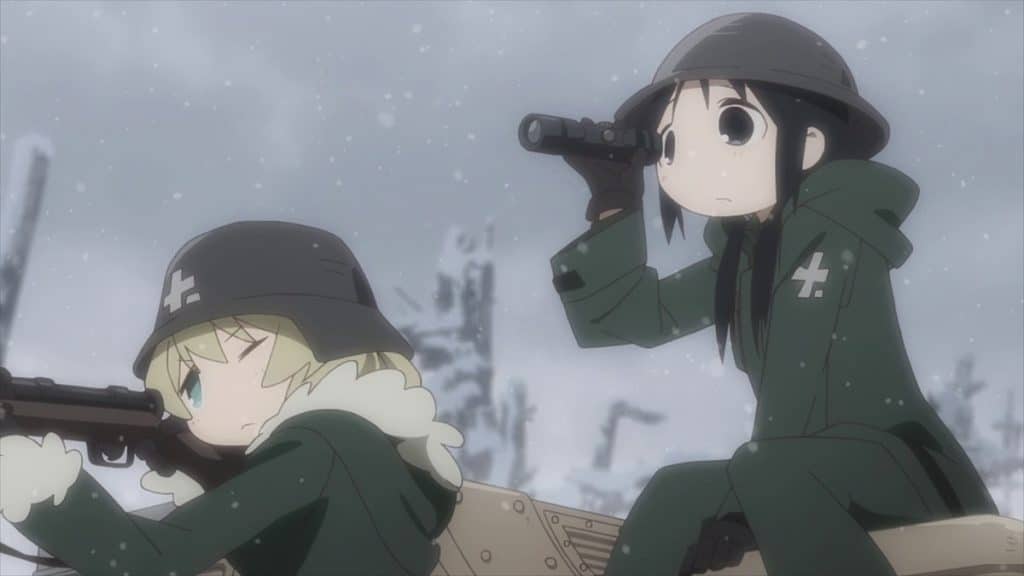 Only two anime projects have correctly predicted the plight of children when a war to end all wars washes over the world. Studio Ghibli’s Grave Of The Fireflies is one. the other is Girls’ Last Tour. What exactly happens to children when war takes over everything? That is a question no anime has ever asked. Every post-apocalyptic anime concerns itself with what destroyed the world and how humanity is rebuilding itself. Girls’ Last Tour takes us through a harrowing journey by two girls across a snowy, war-torn landscape. what’s even more terrifying is the fact that the anime never reveals what destroyed the world!! 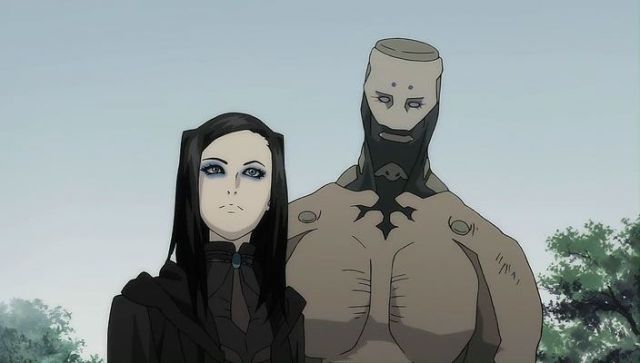 although machines taking over the world is not a new trope, it is the way in which it happens in ergo proxy that is truly bizarre. After the apocalypse, the wealthy created a walled city to live in. This utopian city is populated by humans and robots alike. It is when a bizarre virus starts giving the infected robot slaves sentience that the anime dwells into concepts of individuality and existential crisis. In ergo proxy, the world is on the verge of collapse not because robots want to destroy humans. They just want freedom and this is not acceptable to their human masters.

Sunday Without God – The Dead No Longer Die 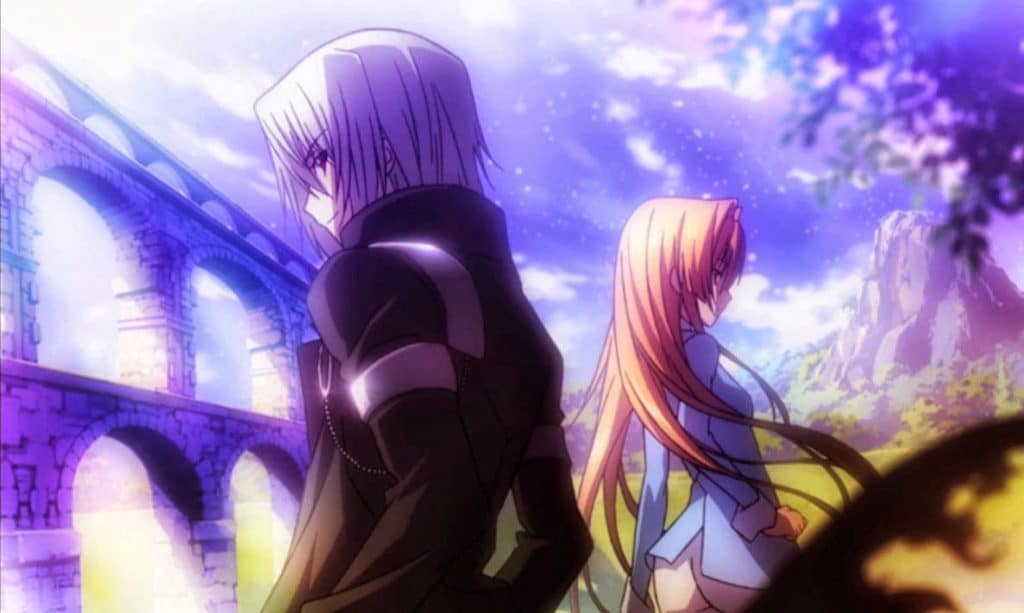 The anime Sunday Without God asks a very tantalizing question – what if God abandoned the world? Clearly humanity has not done anything substantial in the meantime to keep God interested. Why should God take care of a world that could be by all means beyond salvation? In the anime, the deceased no longer die. They never pass on to the afterlife. since there are no souls to be recycled, there are no longer any babies. 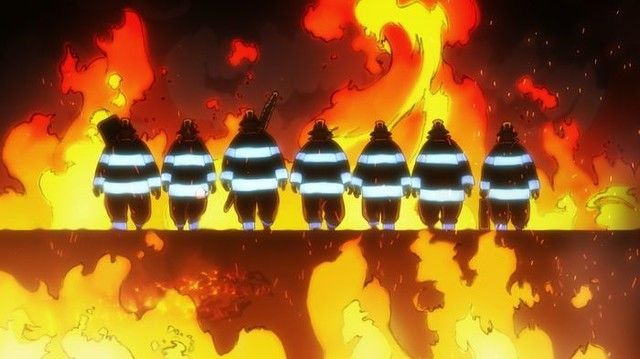 Fire Force is another example of a classic apocalypse trope but with an incredible twist. two hundred and fifty years go, the flames all over the world suddenly went out of control. The event called the Great Cataclysm entailed the entire world catching fire. This event of global spontaneous combustion led to the creation of a New World Government in Japan. But the worst came after the cataclysm. People across the world would suddenly start combusting and turn into demonic Infernals of fire, attacking and killing innocents at random.

Evangelion – Humanity No Longer Has The Will To Live 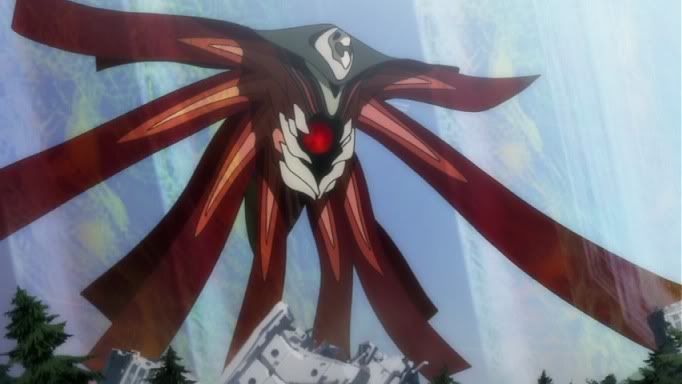 Set in the future, the world is reeling from a catastrophic event called the Second Impact. Human Society has become a shell of its former shelf. Despite the advancement in technology, mankind fails to show optimism. Instances of monstrous entities called angels randomly appearing and destroying cities is common-place. Humans are also okay with using children as soldiers in their final stand against the Angels. In Evangelion, the true apocalypse comes after the catastrophe. When a race collectively resigns itself to meet its doom and has lost the zeal to survive, there is no turning back.