“I dress up as an obscure moon-god and strike fear in the hearts of men.” – Moon Knight.

Created by artist Don Perlin, and writer Doug Moench Moon knight is a superhero who has appeared in the American comic books that were published by the Marvel Comics. Moon Knight is often demonstrated as “The Batman of Marvel” and has been clumsily represented in Marvel superheroes’ current pop culture portrayal. Moon Knight  made his first appearance in the comics Werewolf by Night issue #32. Since then, Moon Knight has been a beloved character to his passionate squad of fans. The first of Khonshu has been steadily attaining recognition since his series debut in the early ’80s. This question always arises in the minds of fans and have only been answered a few times that who really is Moon Knight? What is his background and history Apparently, we at Animated Times will let fans have the answer to this question. Well, Moon Knight’s real name was Marc Spector, who was born in Chicago, As a grown-up man, Marc spends all his time training to be a heavyweight boxer, a US Marine and a hired gunman. While on a mission to Egypt, Marc Spector was caught up in fight with an African mercenary Raoul Bushman after he killed Dr. Al-Ron. Thus Spector is left in the deserts of Egypt to die in the sub-zero temperatures. Soon some roaming Egyptians who worship the ancient Egyptian God, finds him and tries to save him by laying him in front of Khonshu,( the ancient moon god) but Marc pass away. After that, Khonshu appears in front of Spector in a vision and tells him that he will be given the next chance, but he has to become the Gods’ avatar on Earth. Soon after taking his revenge from Bushman, Marc turns his life to be the moon’s servant, naming himself as moon knight protecting the world from evil. With such a tragic history moon knight has been a fan favorite for over a long time. Thus fans have gotten to embrace variation of Moon Knight’s charade in their fan arts, making him an adaptable and mysterious subject. Recently few reports suggest that Moon Knight might be finally getting his own series on Disney+. Thus, his fan army has created costume choices for his live-action debut. Sounds thrilling… Let us hop into the list to see through ourselves. 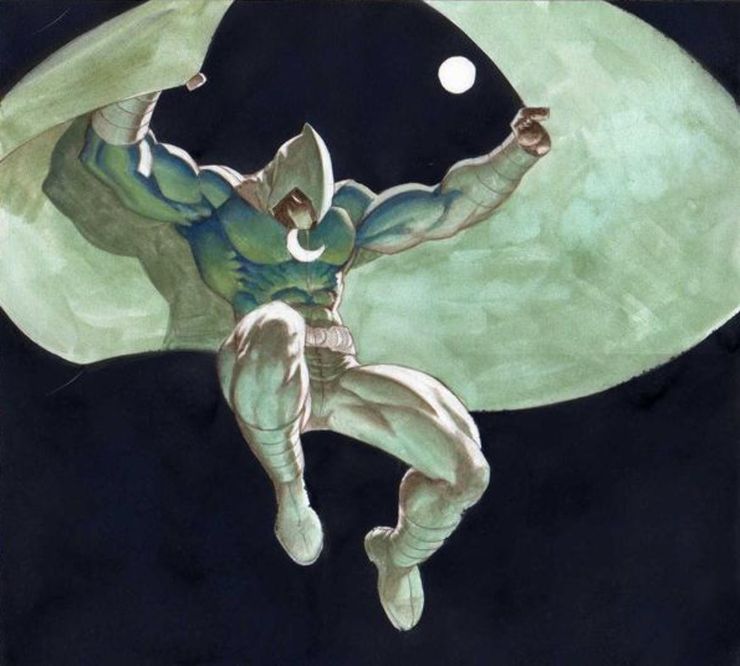 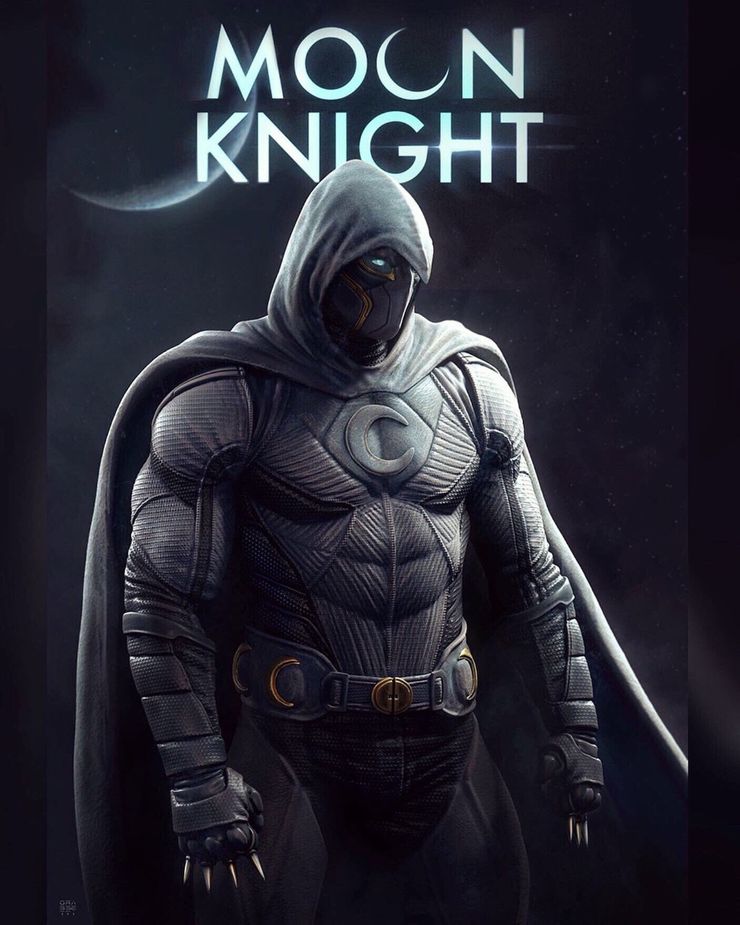 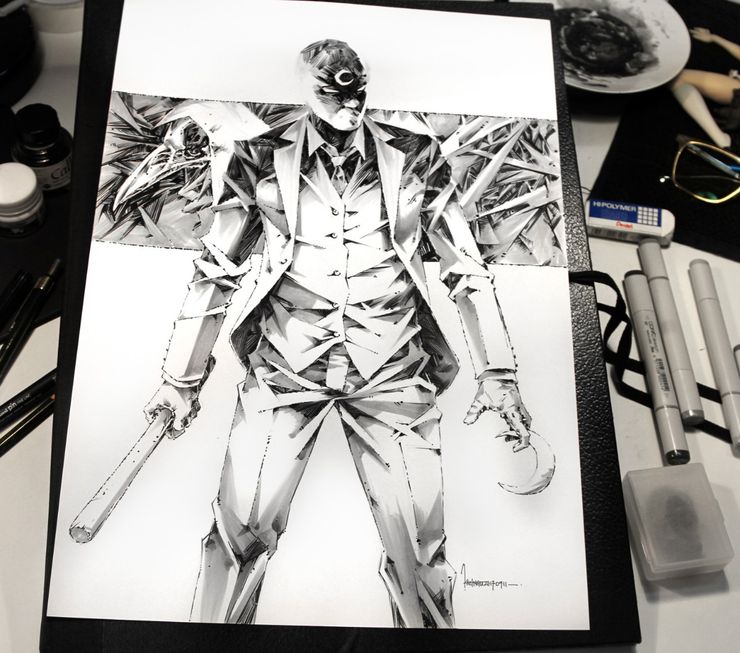 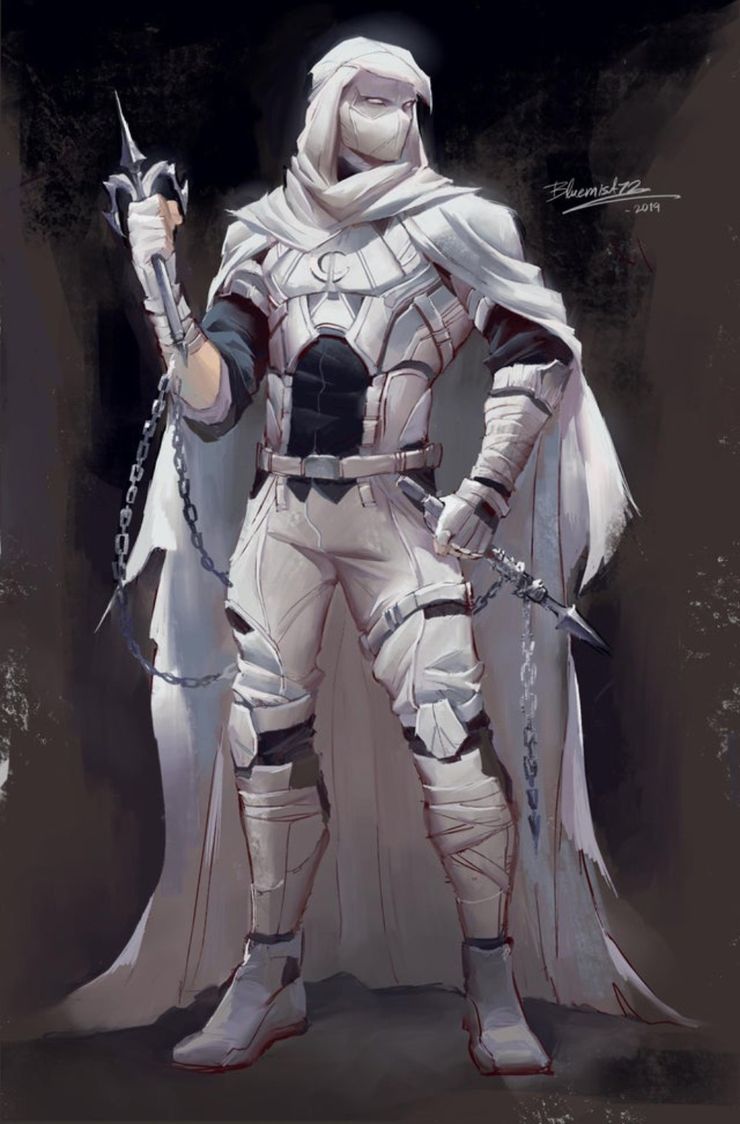 5. Moon Knight locked into battle with Taskmaster By Daegher: 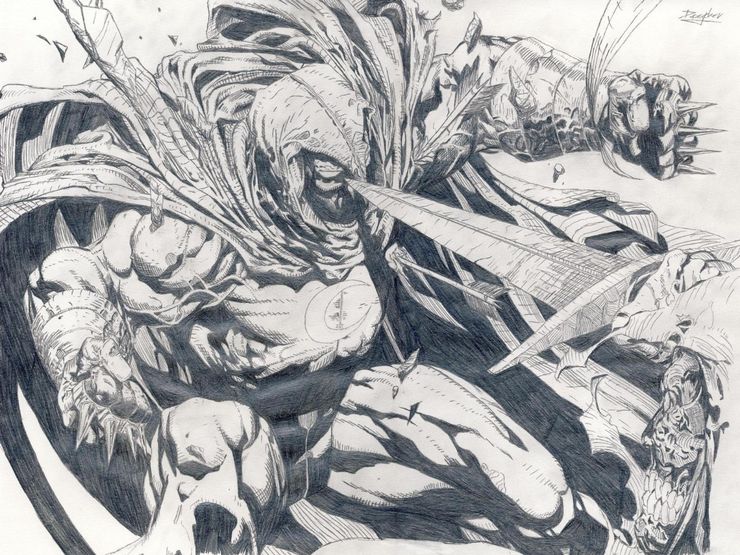 6. Spector The Man Behind The Moon Knight’s Mask: 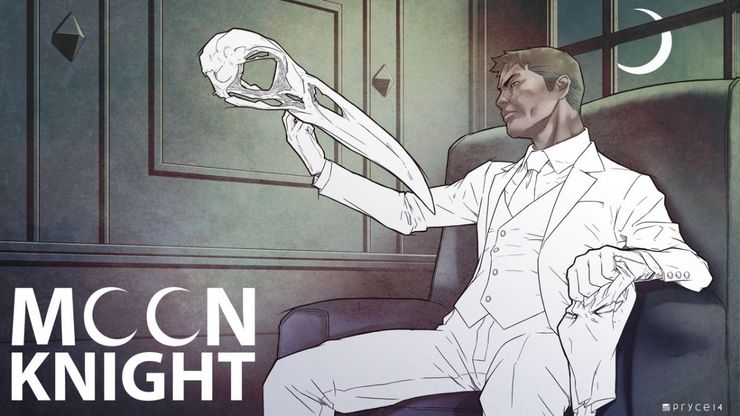 7. The mystical side of Moon Knight By MikeMahle: 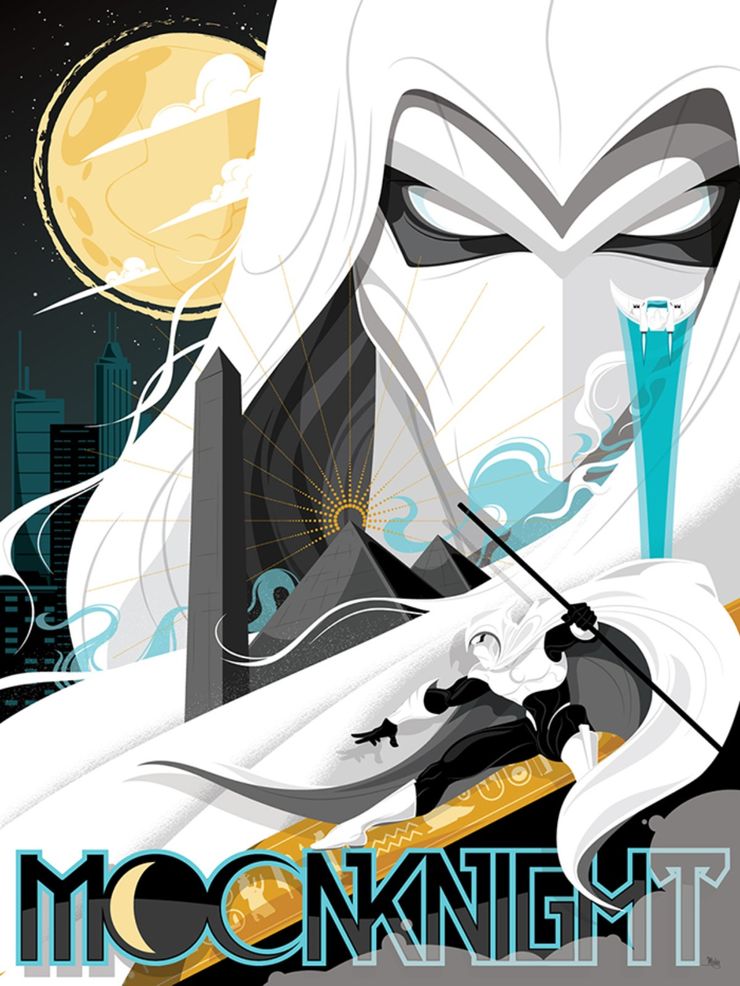 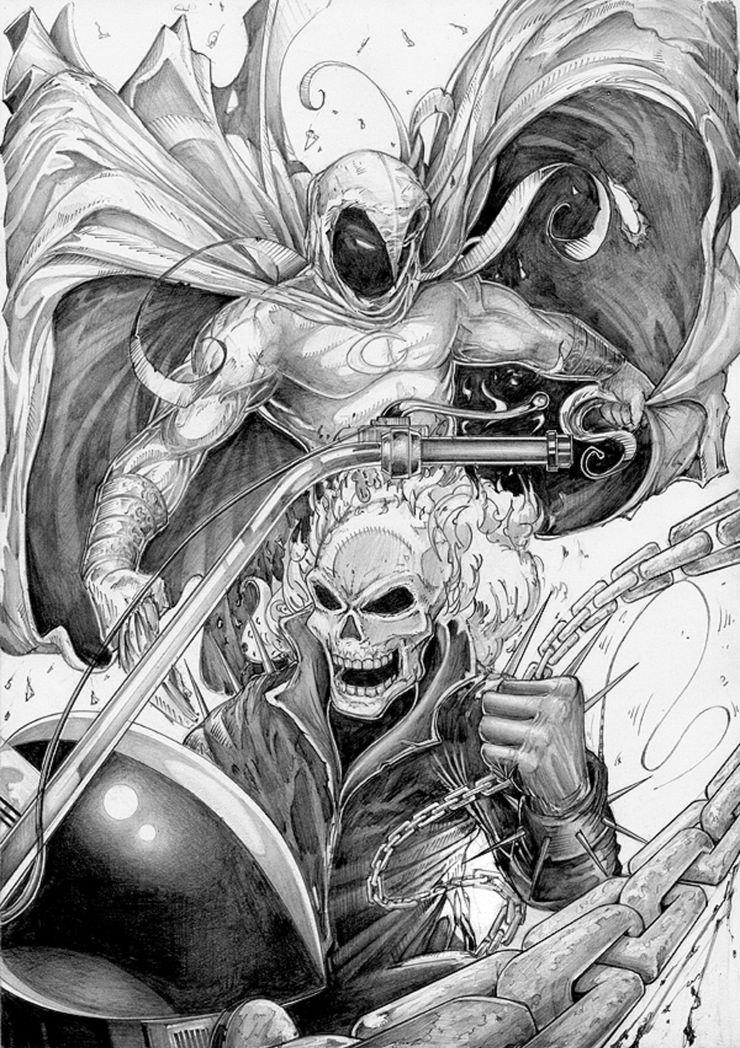 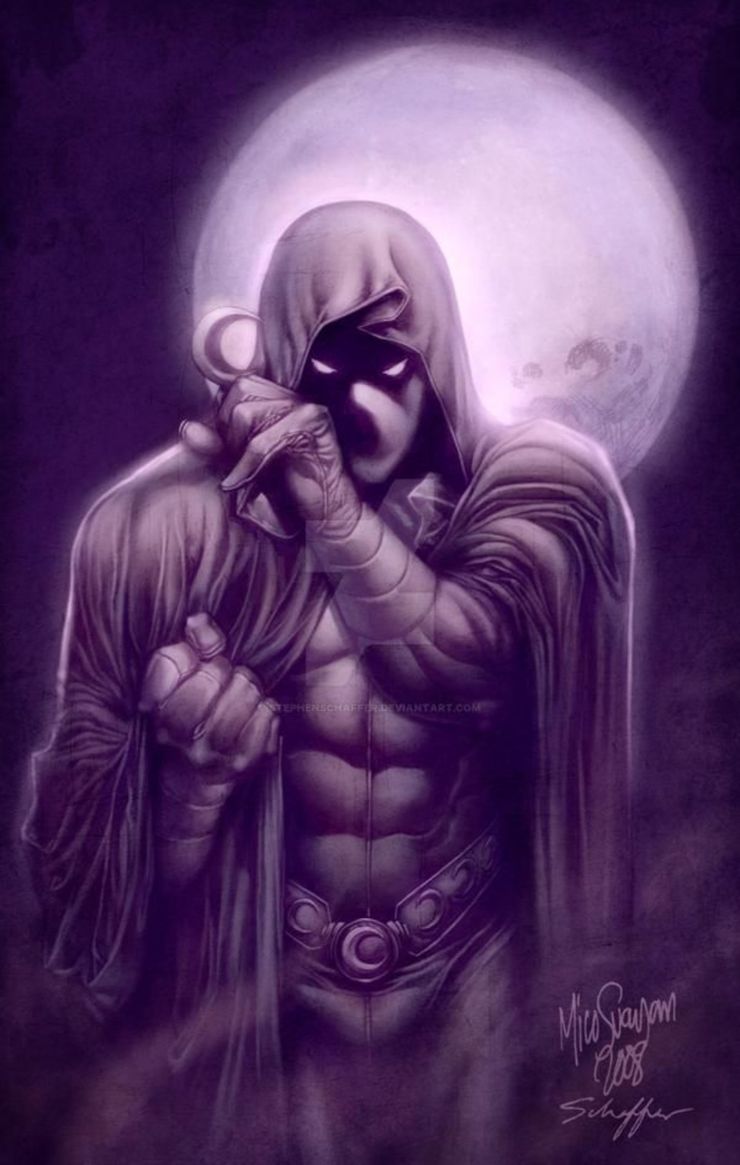 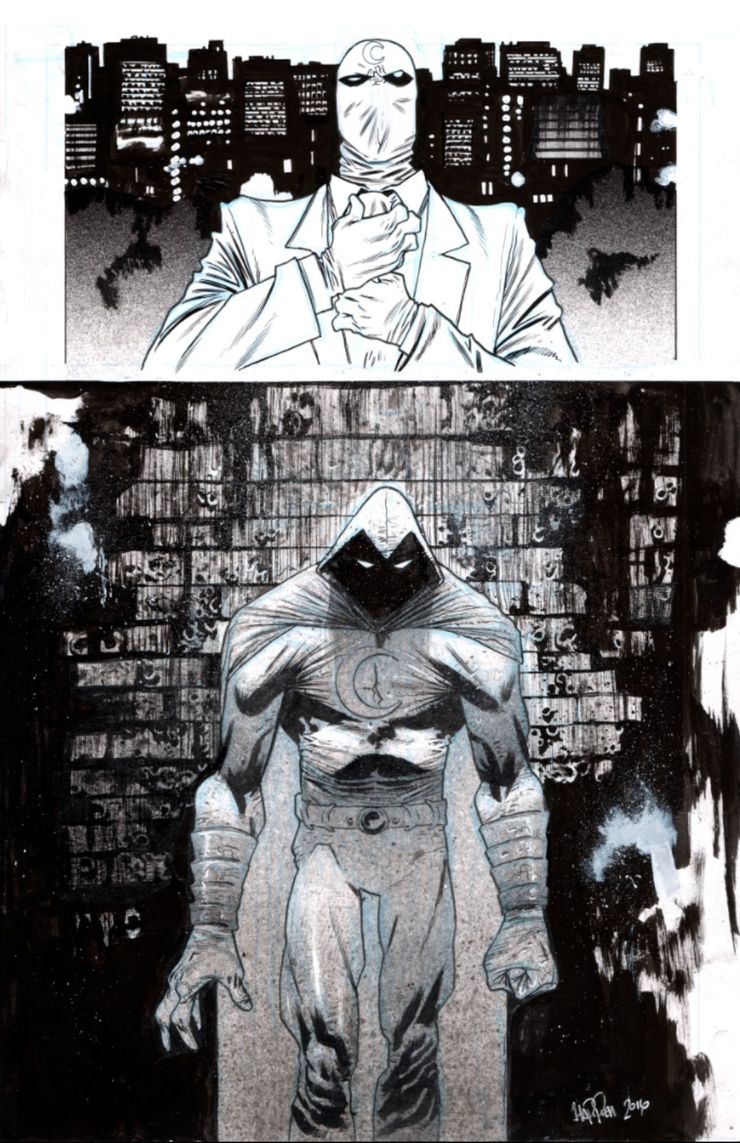 In one of the story arch, Moon Knight also defeated a committee who ordered him to defeat and capture Russel, the werewolf. Eventually, after learning the truth, he releases the werewolf and became’s the vigilante moon knight. Speaking of vigilante, many people say that he is Marvel’s Batman. As both of them are rich, use gadgets to help them fight crime, and they both slither around in shadows fighting for justices, all vigilante style.
Well, if we talk about his powers and abilities, Moon Knight uses military strategy and tactics infiltration and stealth methods. He also has a wide range of knowledge in flying all types of aircraft and Military weapons and has specialization in both armed and unarmed fighting skills. Due to his wealth, Moon Knight also has armored costumes, financed and countless developed weapons, and unique vehicle. He also has crescent darts, which are indeed his versions of batarangs, and a lot that matches Batman’s weapons. Now that I have summed up his powers and abilities, it’s clear that Moon Knight is very similar to Batman. That my friends pretty much wrap my take on 10 significant bits of the moon knight fan art.