Marvel Comics and Detective Comics (DC) have been rival houses since the advent of image comics. Their superheroes and even the readers have carried on the competition. DC is known for its characteristic superheroes who have special powers from different special events or extraterrestrial sources. On the other hand, Marvel introduces heroes who attained superpowers through their innovation, scientific and technological aid. There are double the usual sparks flying between the fans whenever a crossover comic book or art piece is published. So, here we will be exploring ten mind-blowing DC and Marvel Crossover comic book artwork. 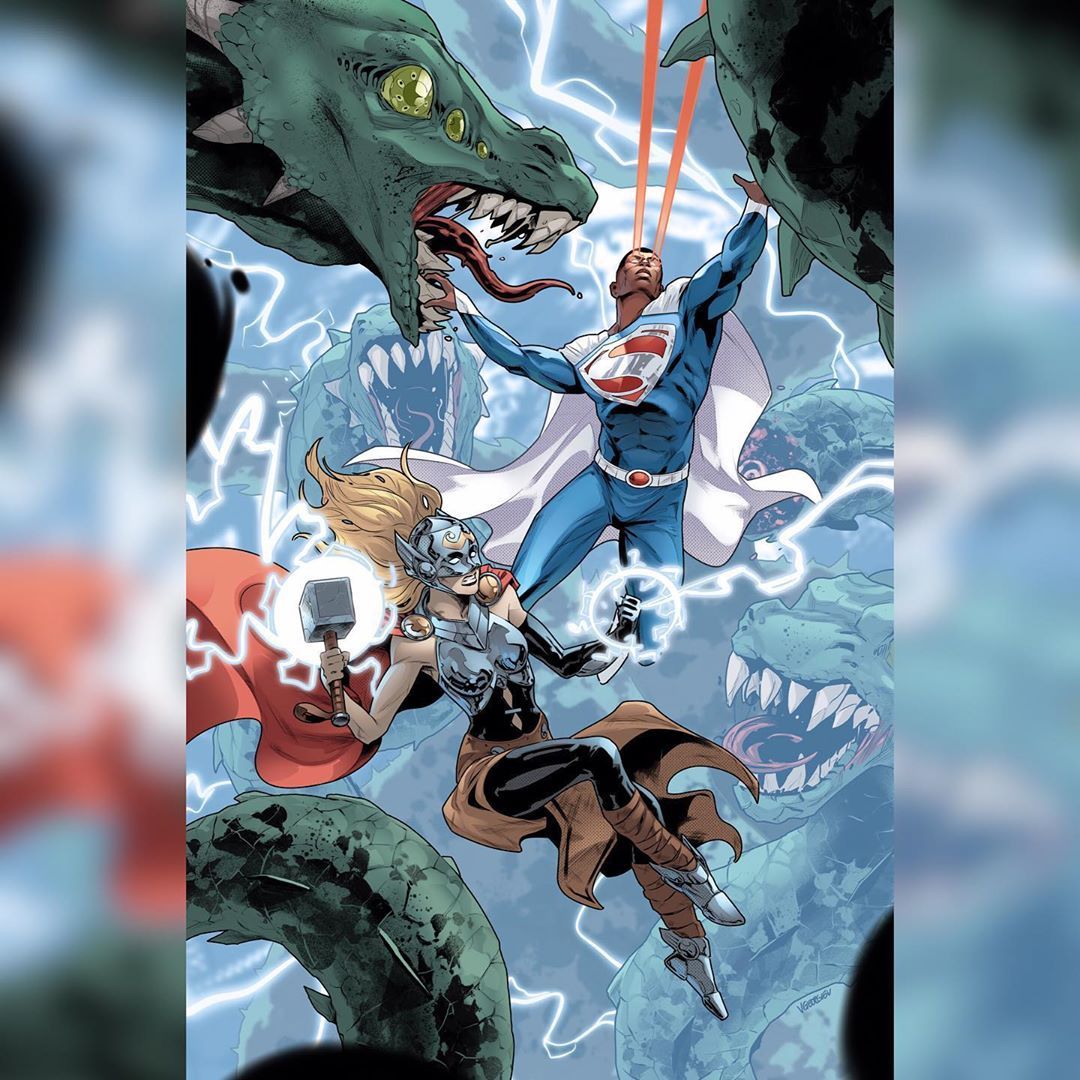 Thor and Superman have been bestselling characters for both comic houses. Strangely, both heroes have had reformed versions in parallel series. For example, Thor’s love interest Jane Foster was worthy of wielding the Thunder God’s hammer. She had her side comic series as Thor, Goddess of Thunder. This book has a broad influence on the 2022 MCU film ‘Thor: Love and Thunder’. Similarly, DC ran multiple crossover comic book series for Superman. The most popular was Val Zod of Earth-2, who became Superman with Kara Zor-el’s Power Girl. 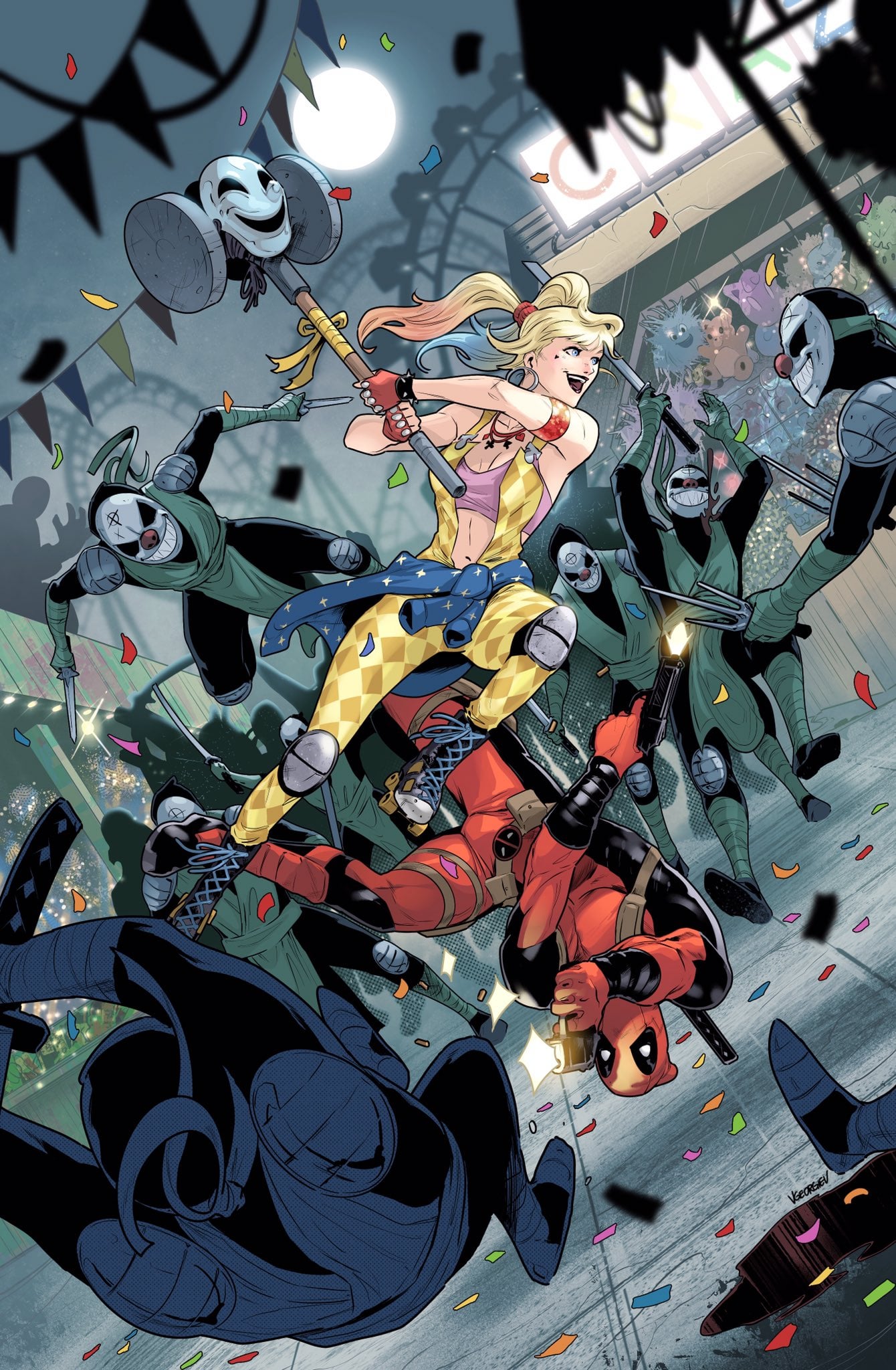 DC’s Harley Quinn is regarded as the Cupid of Crime by fans. She is completely insane, to put it politely. On the other hand, Marvel’s Deadpool is exceptionally talkative and sassy. Forever unsatisfied and with a pot of bad luck, the mercenary-turned-superhero is Marvel’s craziest protagonist. A crossover comic book featuring both characters is a fan’s ultimate fantasy. 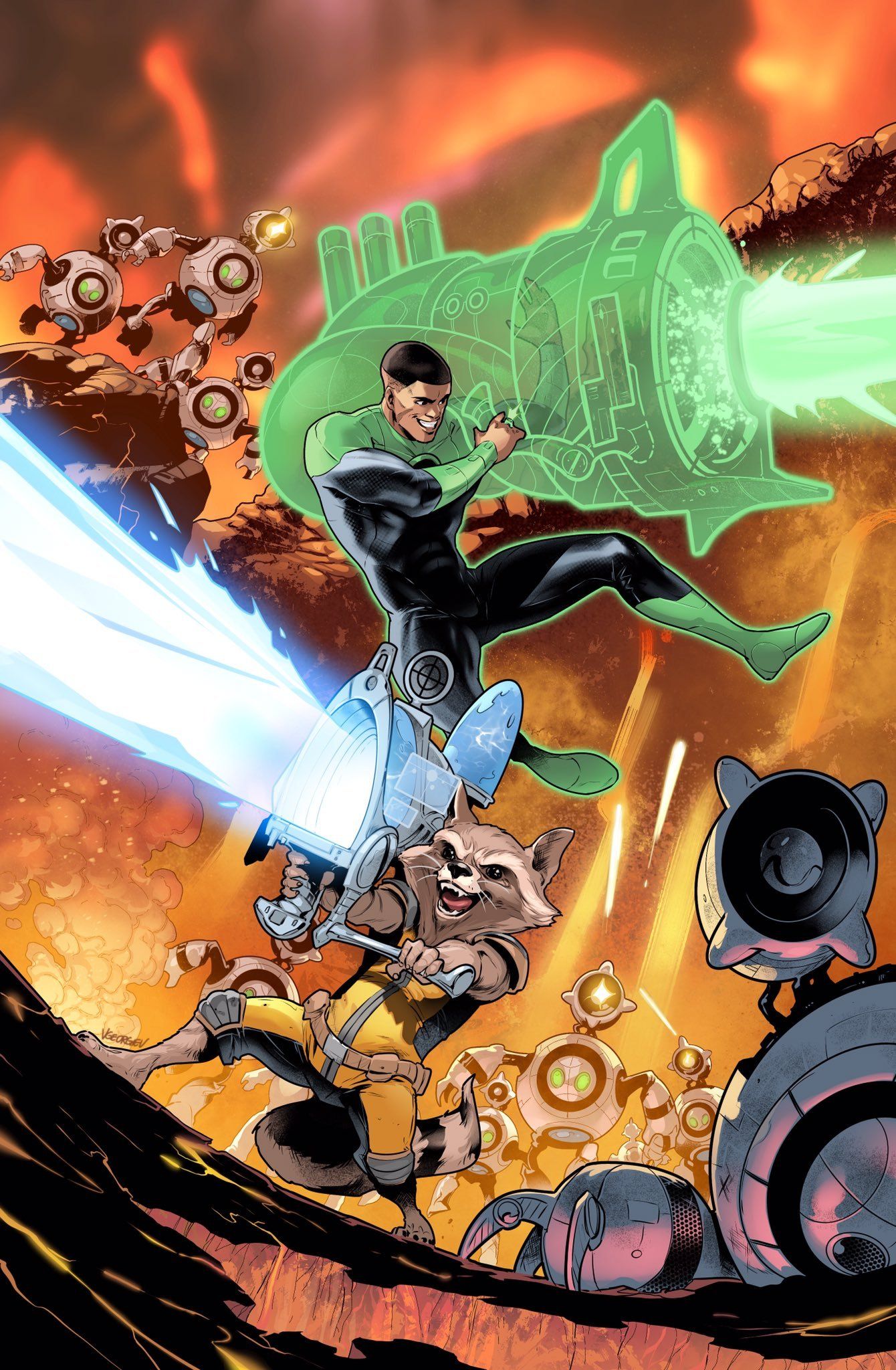 The Winter Soldier and Red Hood: The Ideal Mercenary Duo 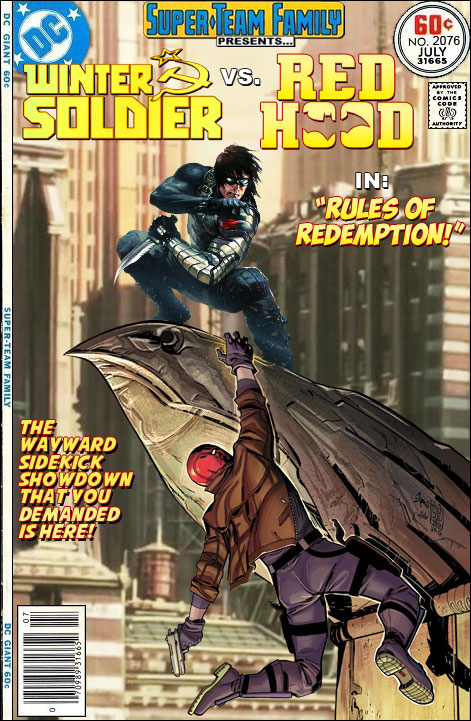 Bucky Barns or the Winter Soldier was Captain America’s associate. He became a test subject and a mechanized super-mercenary. Jason Todd played sidekick to Batman and was killed in battle. After that, he was resurrected and assumed the alias Red Hood. Both characters are super-soldiers, so to say the least, a crossover comic book would be incredibly action-packed. 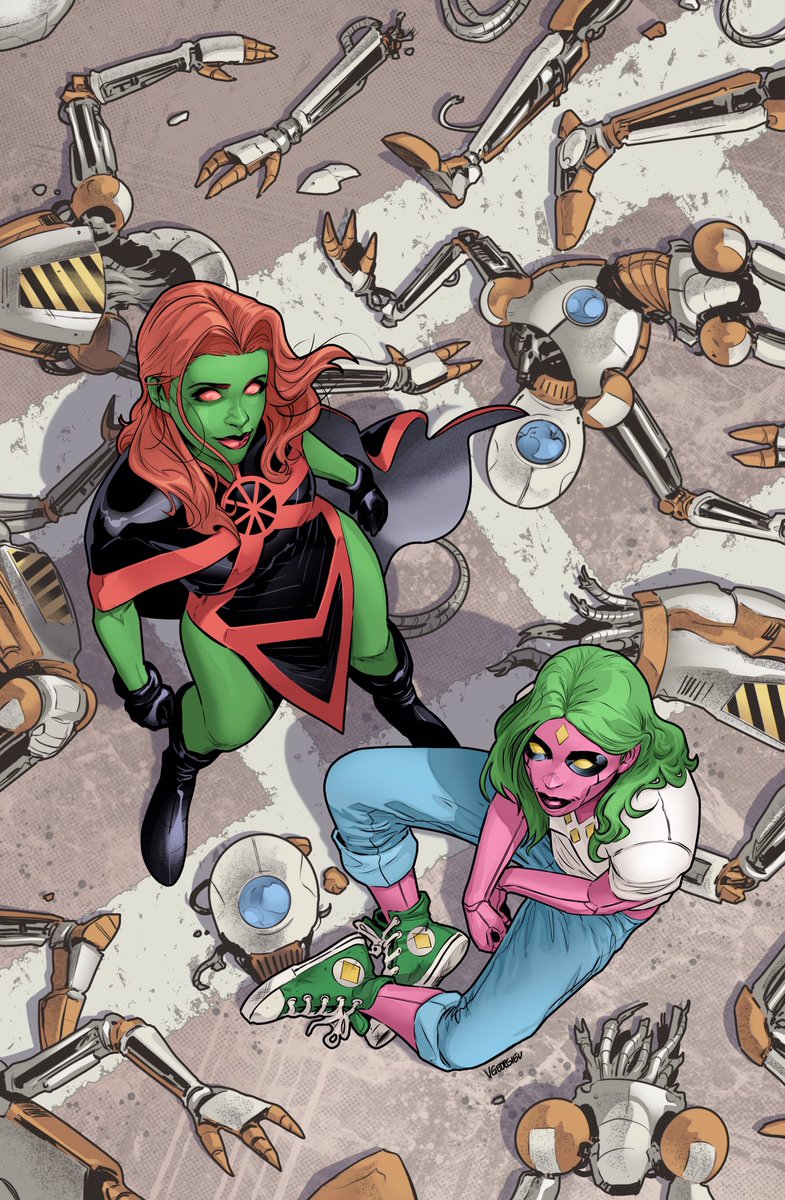 Viv Vision is the Vision‘s synthezoid daughter. She previously assisted her father in his battles against villains. Later, she formed and led the superhero faction ‘Champions’. Miss Martian was a white Martian refugee with many superpowers. She is an essential member of the Young Justice group. Both these heroes’ young age render their crossover comic book different and exciting to the teenage audience. 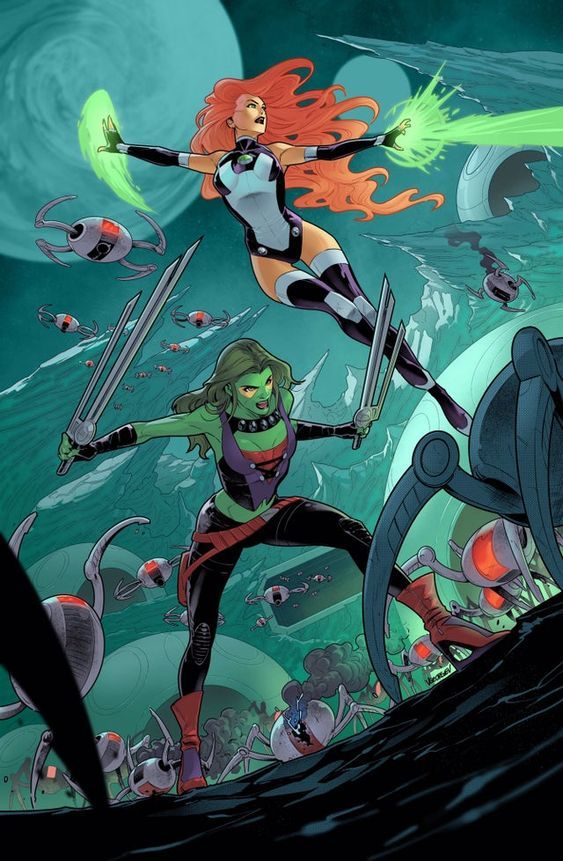 Gamora was the adopted daughter of Thanos. As a result, she trained in intergalactic martial arts and had enhanced physical abilities. Fans dearly remember her kickass character throughout the Avengers saga. Starfire was the Tamaranean Princess who joined the New Teen Titans. She possesses the power to absorb radiation and manipulate energy. The duo would no doubt be the most badass female team in a crossover. 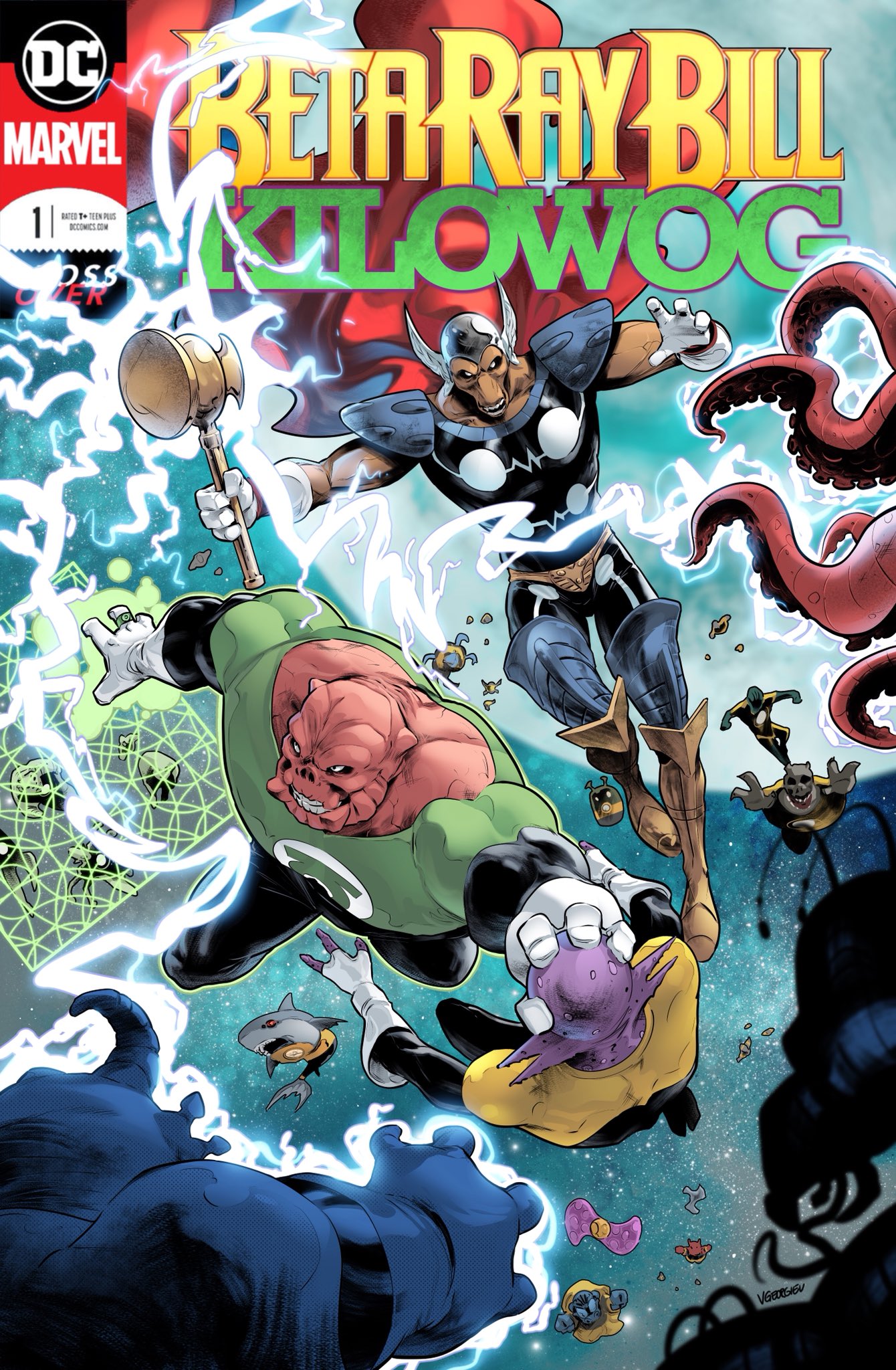 Beta Ray Bill is an inhabitant of Korbin. He can wield Thor’s hammer and receives a weapon named Stormbreaker. DC’s Bolovaxian Kilowog was the first Green Lantern in the Universe. He acts as a ruthless and strict trainer of superhero recruits. A crossover comic book featuring both of them would uphold the diversity of intergalactic species. Subsequently, it would represent the will to do good across the said species.

Shuri and Aqualad: The Kids become the Heroes 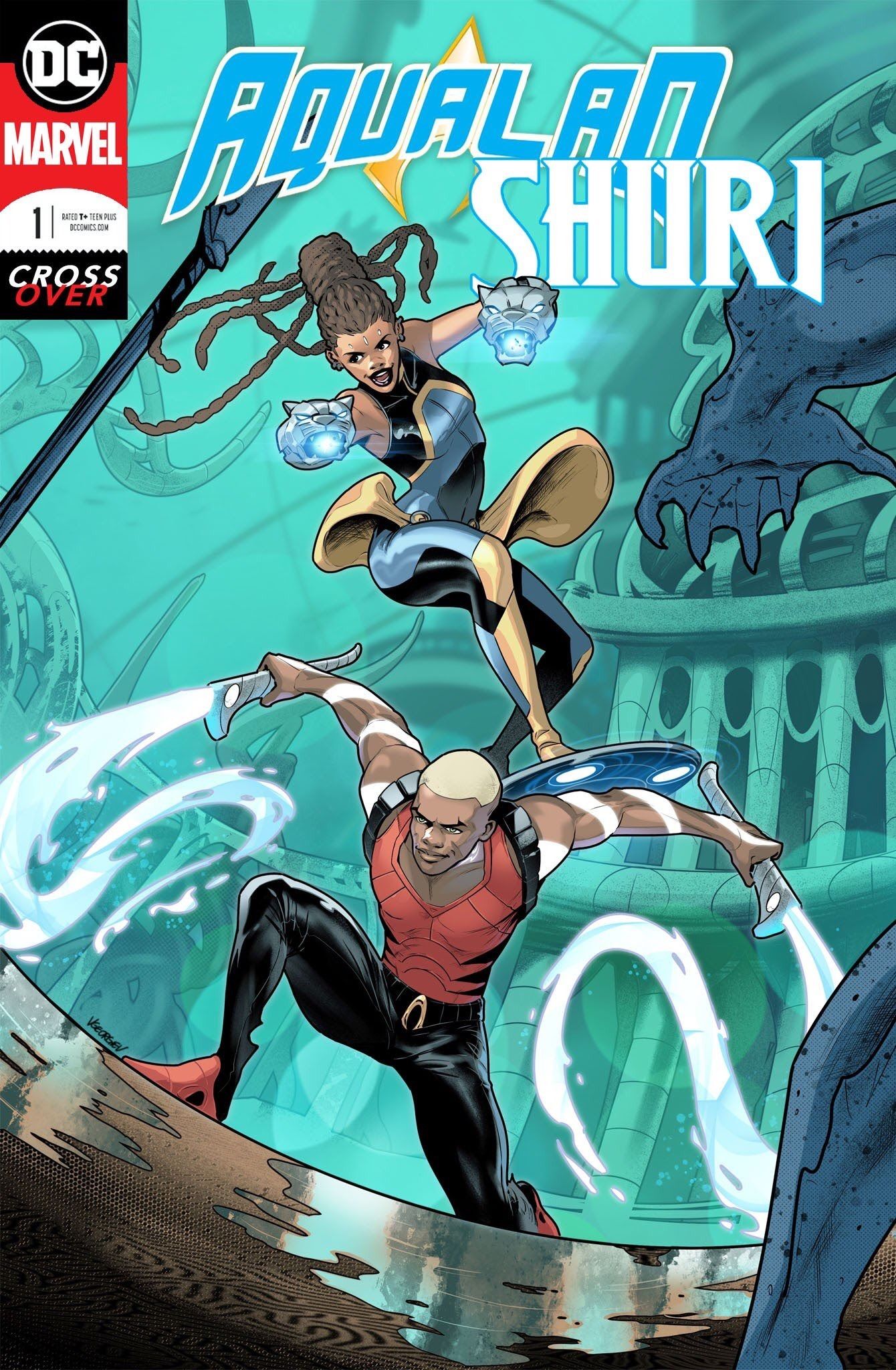 King T’Challa’s sister Shuri has established herself as a Technological mastermind with her designs of intricate weapons and security systems for Wakanda. Aquaman’s ward Kaldur’ahm possesses Xebel hydrokinetic powers. A crossover comic book would be excellent. For it would show heroism requires no specific ethnicity or age, just the urge to do good.

The Ultimate Spiderman and Nightwing: Successors with Superpowers 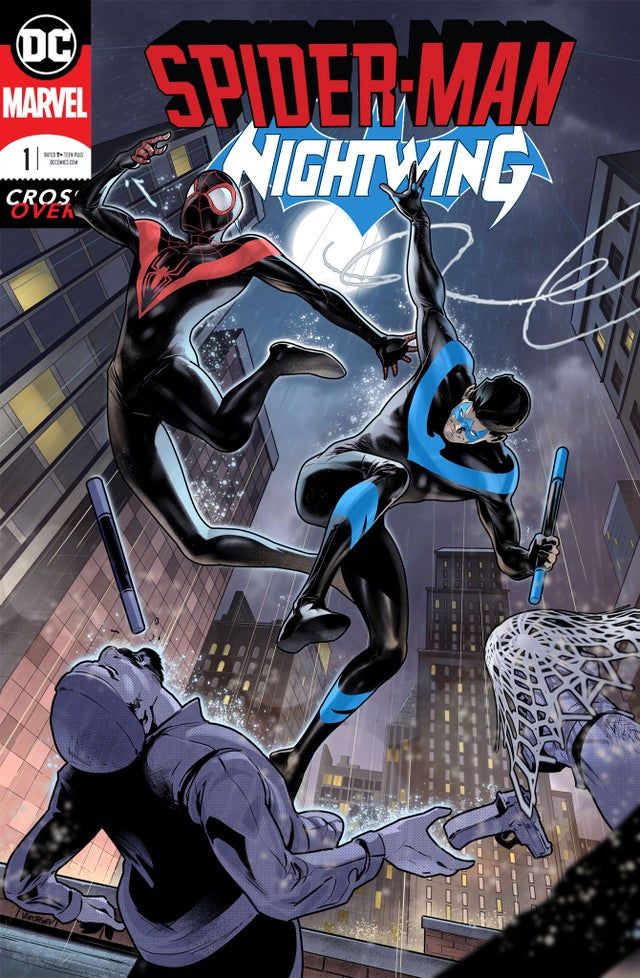 Miles Morales took over the role of Spiderman when Peter Parker was considered dead. Miles specialized in invisibility and stealth and quickly won over the fans. Dick Grayson was the first Robin. Similarly, when Batman was thought to have died, he assumed the moniker Nightwing. His ties with Spiral made him a deadly adversary for the criminals of Gotham. A crossover comic book would be the ultimate stealth and secrecy adventure with Nightwing’s experience and Miles’ simplicity.

SongBird and Golden Glider: The Beauty in Villainy 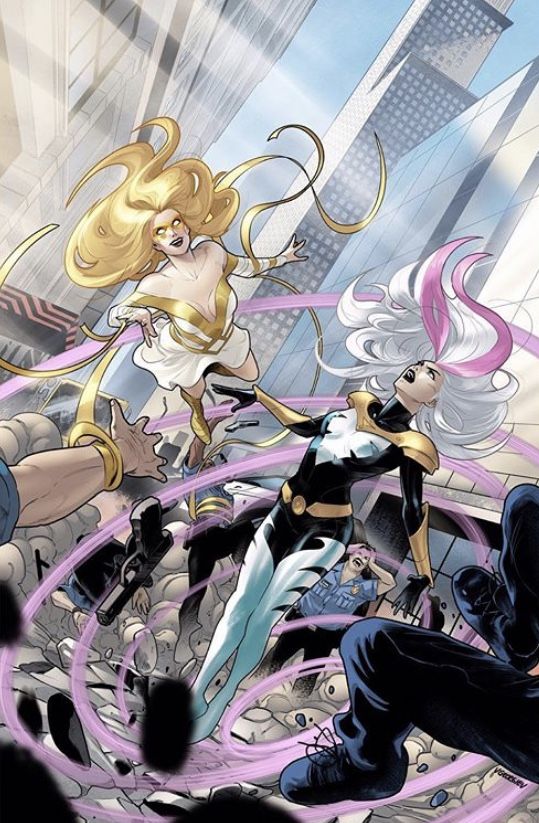 SongBird is a member of the Thunderbolts, notable adversaries to the New Avengers. She possesses the ability to amplify her voice to destructive supersonic capacities. DC’s Golden Glider is Captain Cold’s sister and one of the main enemies of the Flash. As a result, a crossover would provide the superheroes with tough-to-beat villains and the readers with stunning, action-packed pages.

Can you think of any more crossover comic books you would love to witness? Let us know in the comments section.