Batman family is worldwide famous for their superpowers and wisdom. But, little do you know they are also famous for their love stories. Batman has added many members to his team of allies since he was created in 1939. Dick Grayson was the first person to join Batman’s company, and later many others joined his family, also brought new readers along with him. The introduction of new characters in the Batman family, helped a lot in the growth of the Batman series.
Many people played the role of Robin alongside Batman and later characters like Batwoman, Batgirl, Spoiler, and orphan were also created to increase the public’s interest. Once in a while, all of these characters were also a part of love interest. 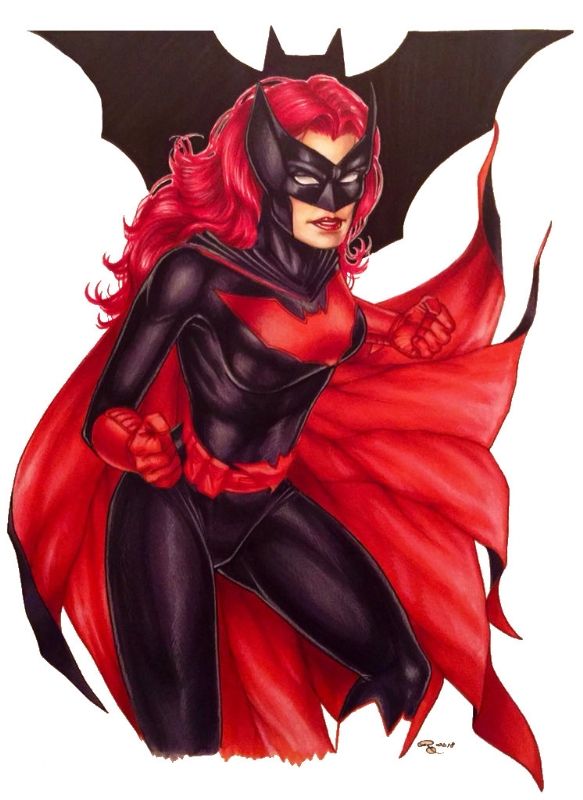 Kathy Kane was first introduced in Detective Comic Series #233 as Batwoman. Originally, she was shown as Batman’s love interest, she was so much inspired and in love with him that she transformed herself into a Batwoman. But, in the modern storyline Kathy Kane is depicted as the first batwoman and the first lesbian superhero in DC Comic Series. She had a notable love affair with officer Renee Montoya for a while, but later they broke up. The couple fell into a fight a few months later, where Renee wanted Kathy to have direction in life while Kathy berated Renee for hiding her sexuality from her colleagues and family. later while trying to call Renee to apologize for her behavior she was attacked by a mugger, but she saved herself with the help of training she received in her college. After this incident, she transformed into a batwoman. 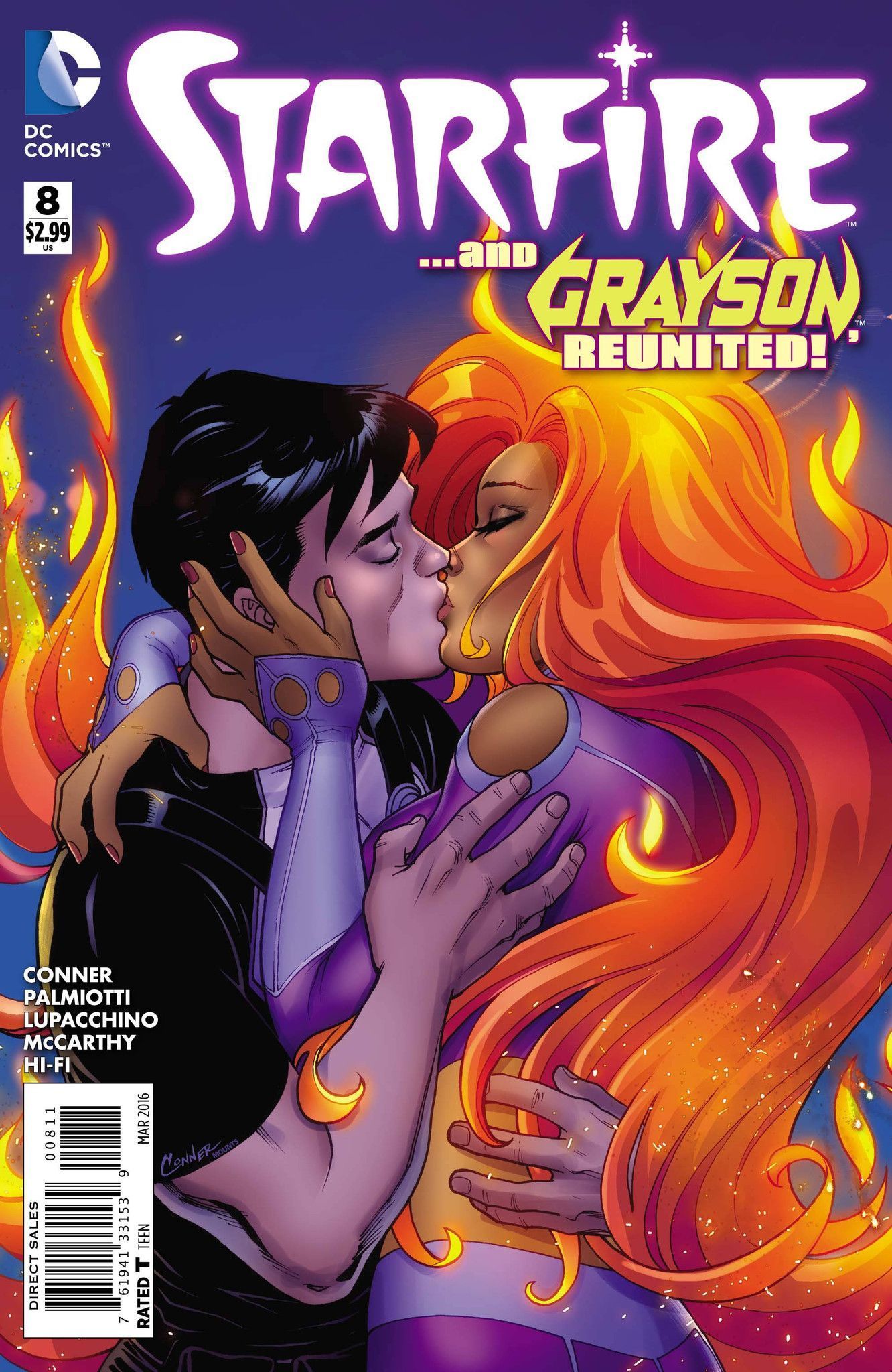 Kory Anders and Dick Grayson met each other for the first time when raven was accumulated various teenage superheroes to form the New Teen Titans. during the period of teen titans, Nightwing and Starfire had passionate romance. It was so much that they almost got married but when their wedding was ruined, they reconsidered their decision. During their investigation in an old woman’s room, Dick asked Kory to get back together, but she refused although she loved him too. She asked him if he wants her, he realized he lusts on her more than he liked her, whereas Dick remained Starfire’s, eternal love. Later she also had a love interest with Jason Todd. 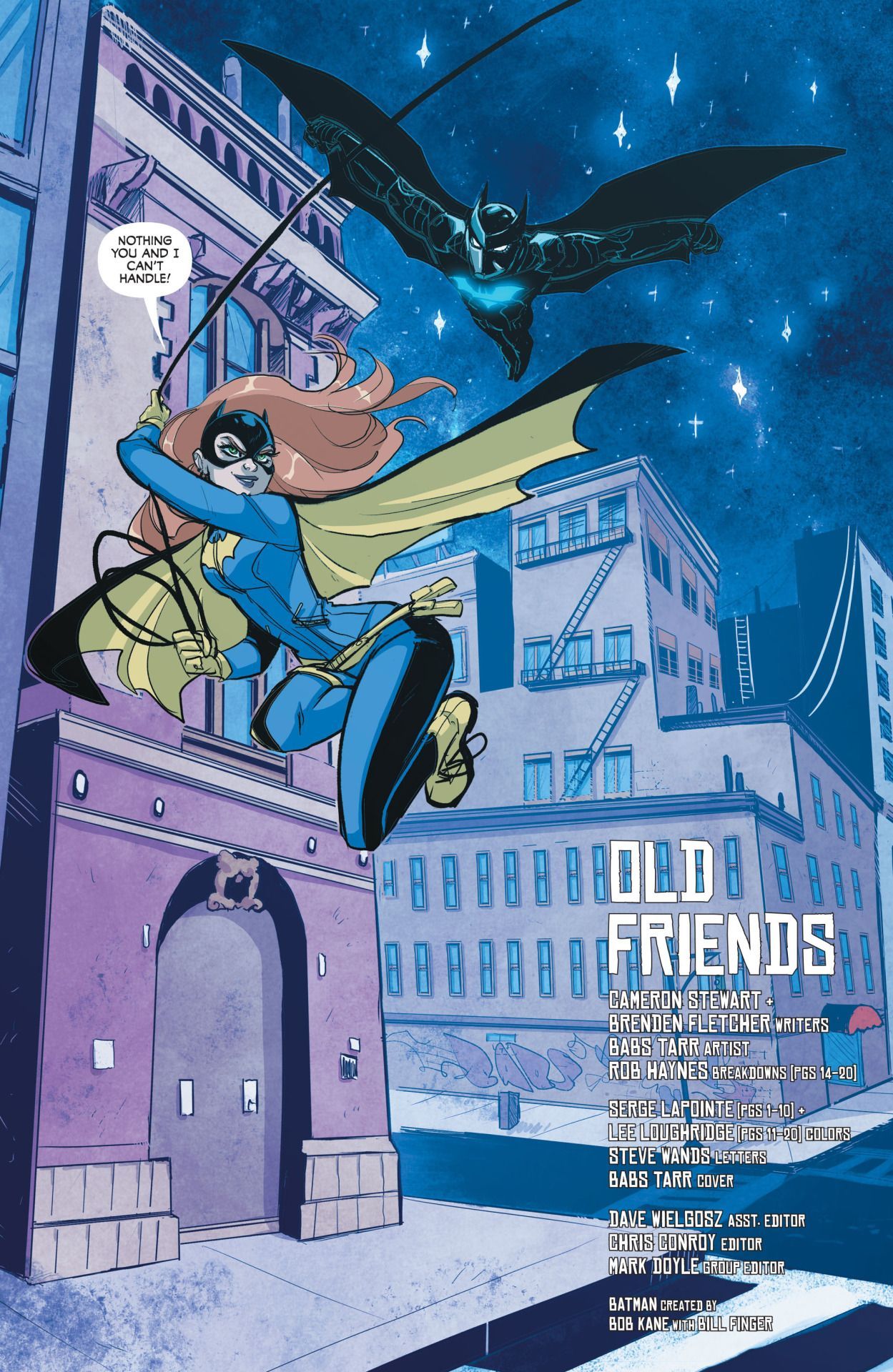 Luke fox always wanted to make his father proud of him from childhood. When he graduated and was to attend MIT, his family decided to celebrate that day. On that same day his father went out to bring ice cream, but he was murdered in the store, he never returned. After this heartbreak, Luke decided to never join MIT and got into boxing to deal with the stress. He later got a job offer from Wayne enterprises, he was hired at the post of batwing when the previous batwing retired. He met Barbara Gordan there, they fought crime together and were also in a romantic relationship. 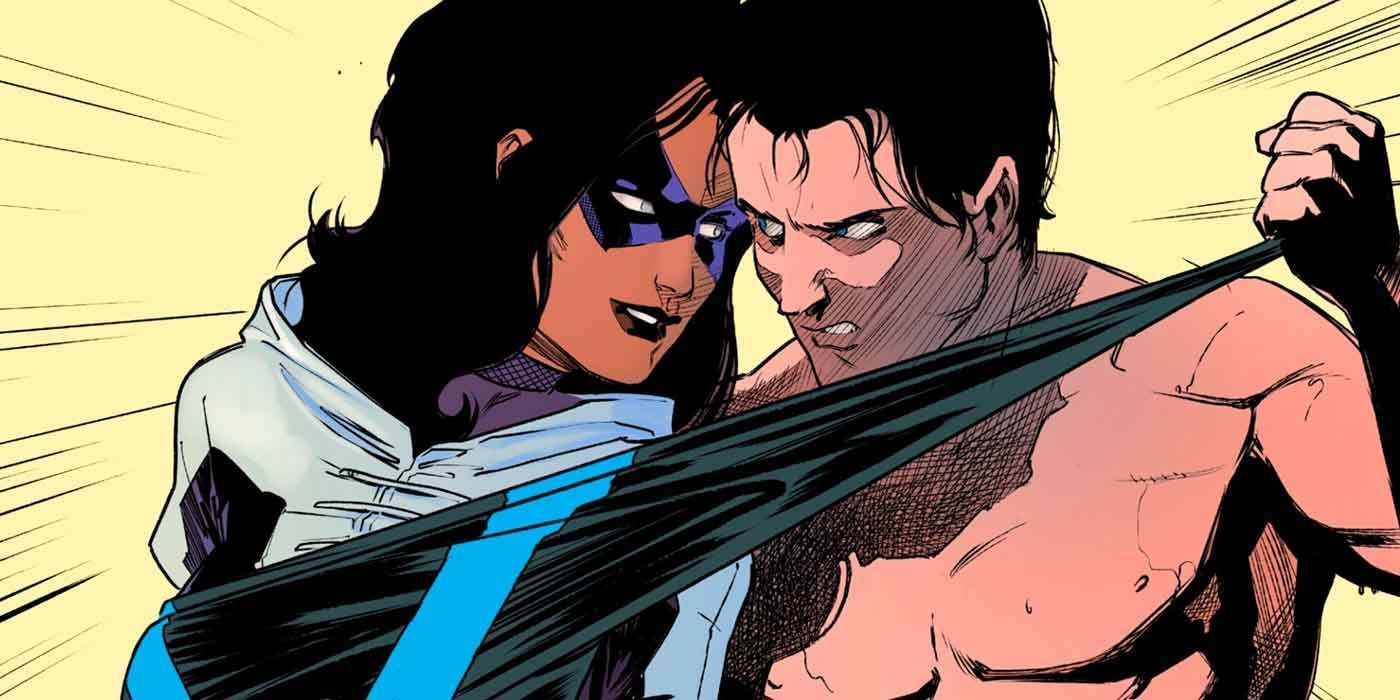 We all know Dick Grayson has a charming personality. Starfire wasn’t the only girl he was in love with, he dated huntress as well. Well yeah, despite being a supervillain she was in love with Nightwing. The couples made an iconic duo. Helena always got his back, she protected him where he couldn’t save himself. Dick also had an affair with Helena Wayne, Batman’s daughter another huntress from Earth 2. 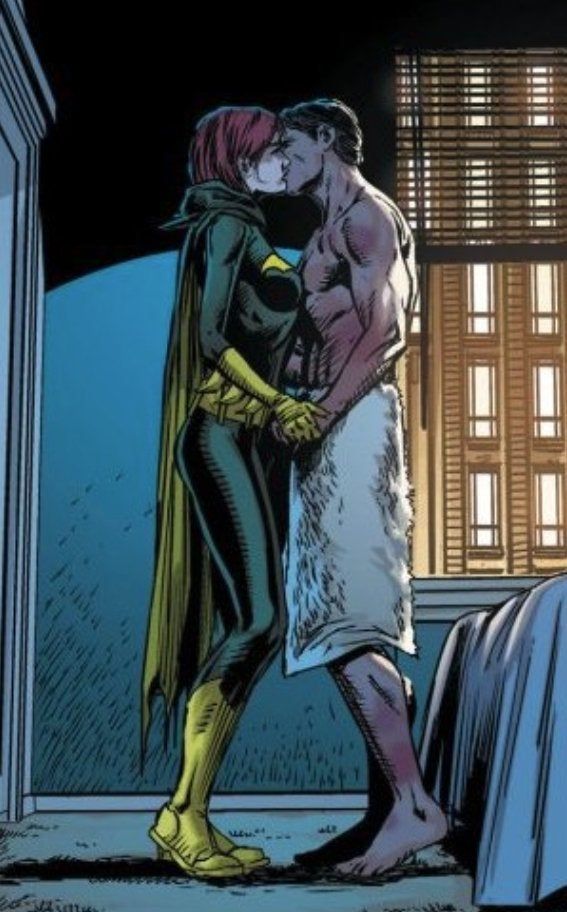 In Batman: Three Jokers Jason Todd and Batgirl, despite being coming from different backgrounds shared similar past traumatic experiences. They bonded over their worst trauma with a joker. They were on a mission when they fell under a romantic situation when both revealed their experience with joker, they kissed each other. But barbara mentioned he misinterpreted the situation and they should get back to the mission. Jason even wrote a love letter for which she never received.

6. Talia-al- Ghul is the mom of Batman’s baby 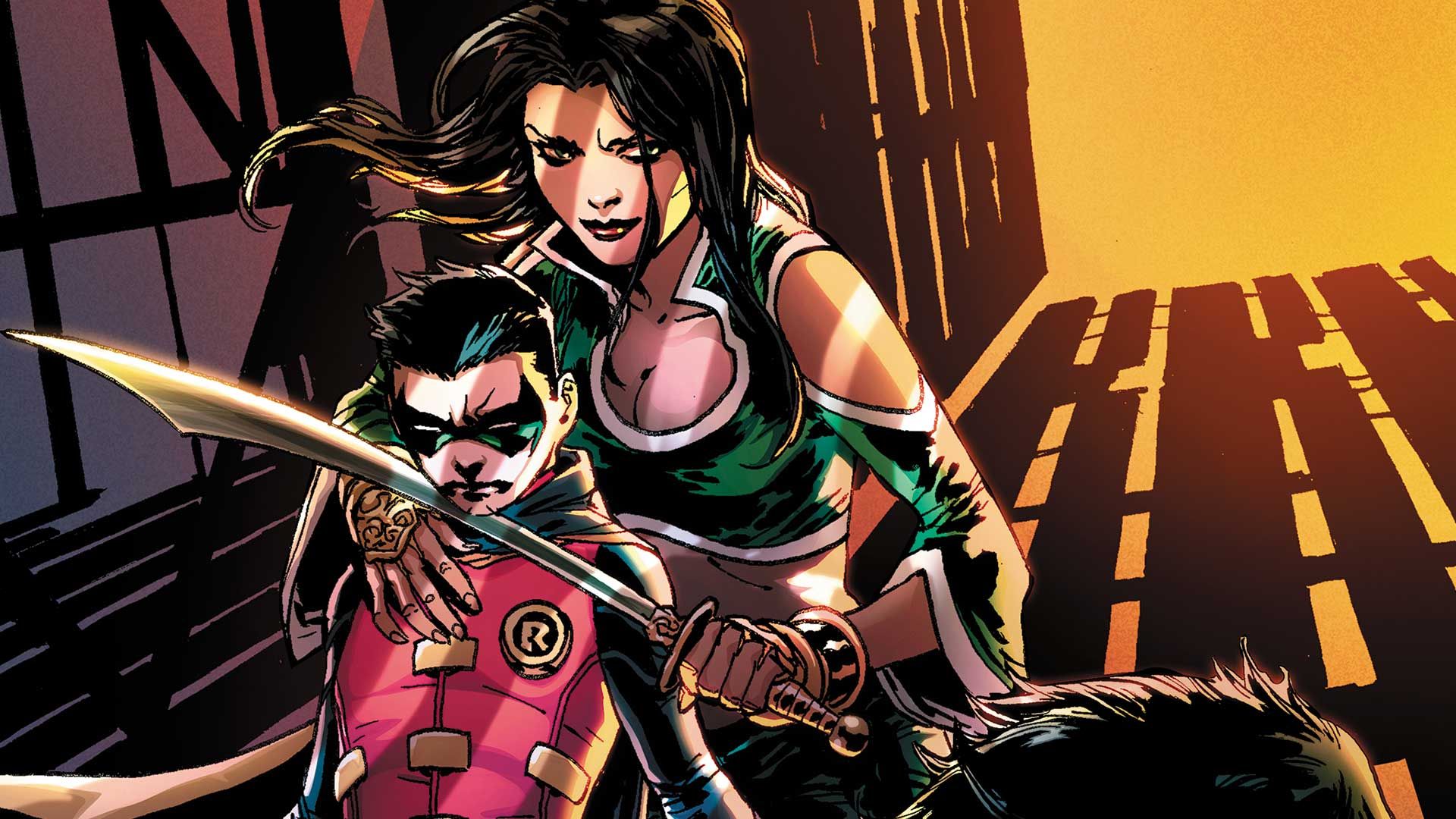 Talia is the daughter of Gotham renowned mafia Ras-al- Ghul, she was always told that she would marry batman. Ras-al-Ghul despite being a criminal wanted Batman to be his son-in-law and to head up his criminal organization. Both Batman and Talia had an amazing bonding from the start, they were so passionate about each other that they even shared a baby. her relationship with batman’s family was a bit complicated, but she genuinely compassionate for Batman. 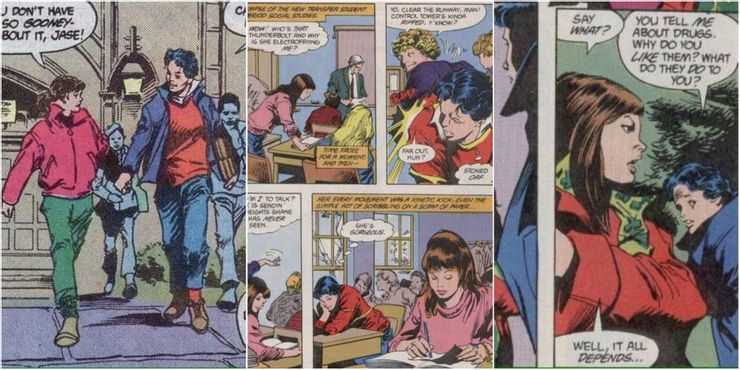 Batgirl wasn’t the only girl Jason dated, Rena was his first sweetheart, whom he first met while rescuing her. She was involved with some drug mafia’s who had some information about her. Jason defeated all of them to save Rena, which also grew love in her heart. Both developed a young relationship before the rebirth of Jason and the occurrence of Pre-Crisis. their relationship dealt with drugs and the darkness of the streets. 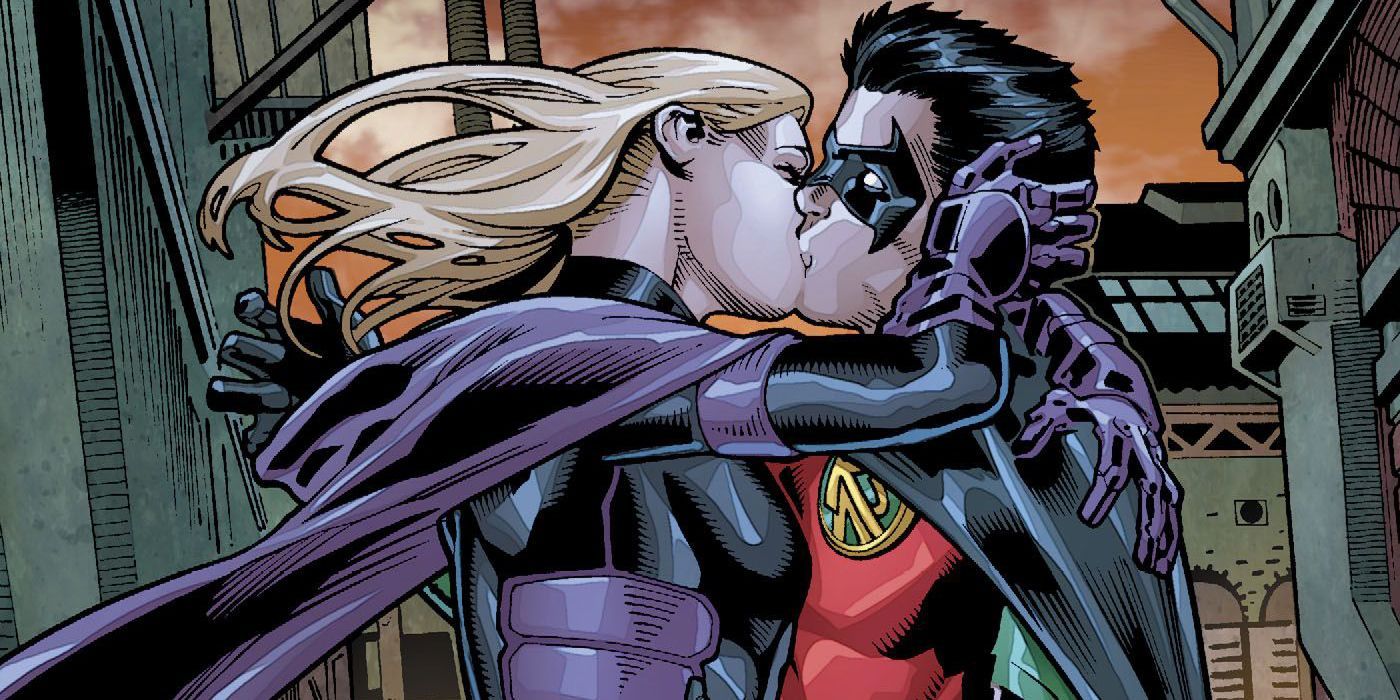 Robin and Spoiler first met when he and batman were tracking down Cluemaster, but suddenly he came across a mysterious figure scaling the rooftops after them. It turned out she was Spoiler, Cluemaster’s daughter who was trying to stop her dad. Probably, she was against crime. impressed by this fact Robin introduced her to Batman. After several missions, two of them fell in love although Tim never revealed his identity to Stephanie, until Batman did. He supported her even after Stephanie revealed that she was pregnant with her ex’s baby.

9. Catwoman and Batman didn’t get married 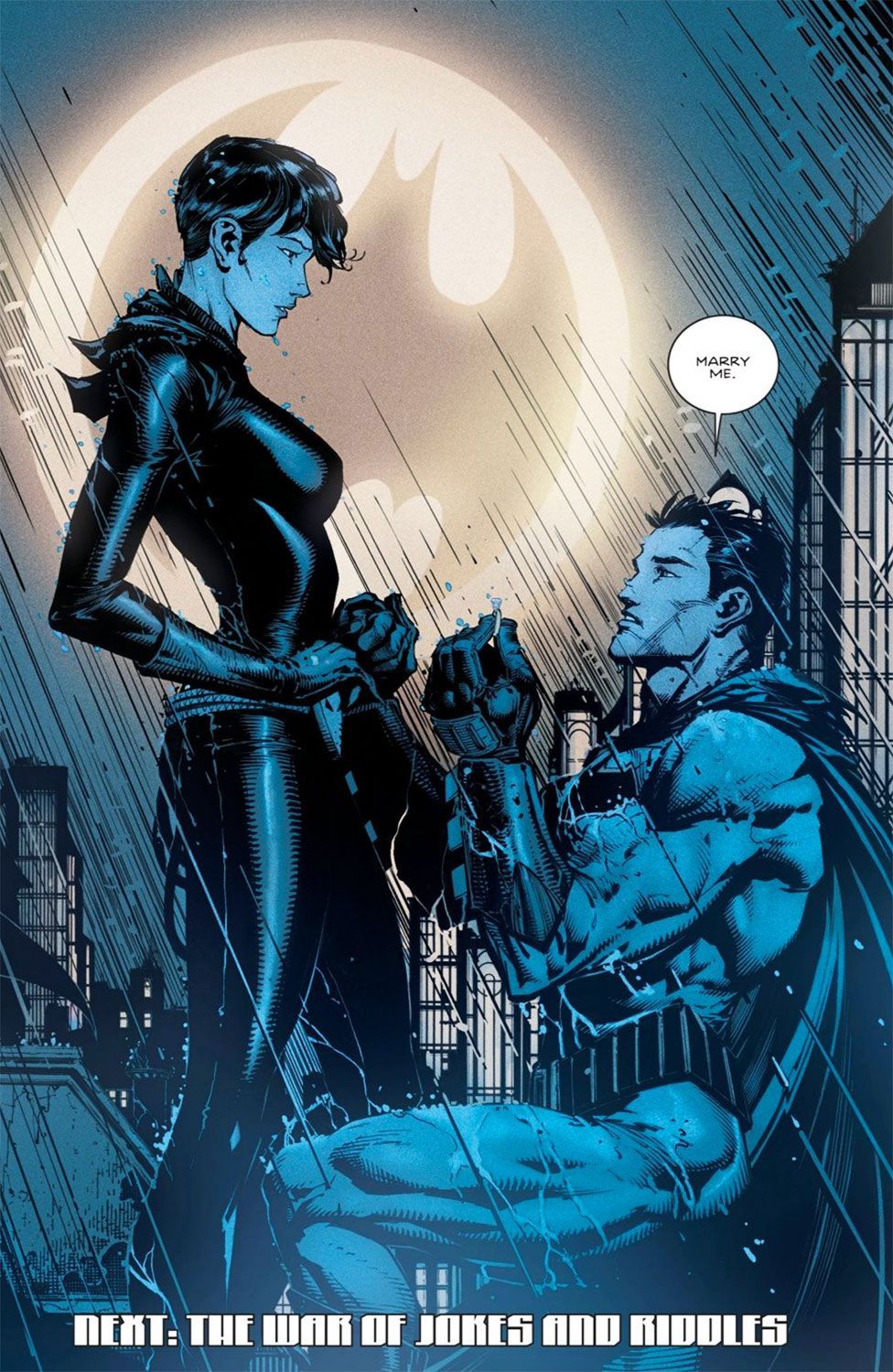 Catwoman first made her appearance in #1 Batman in the 1940’s. they are known for their love and romance all over the world but little did you know they never got married. Bruce Wayne loved her so much that he even revealed his identity to her and both were ready to marry. But Selina called off the wedding because she realized that she might alleviate the pain batman needs to exist. She separated her way although she loved him, so he could save the world. So painful for Batman. 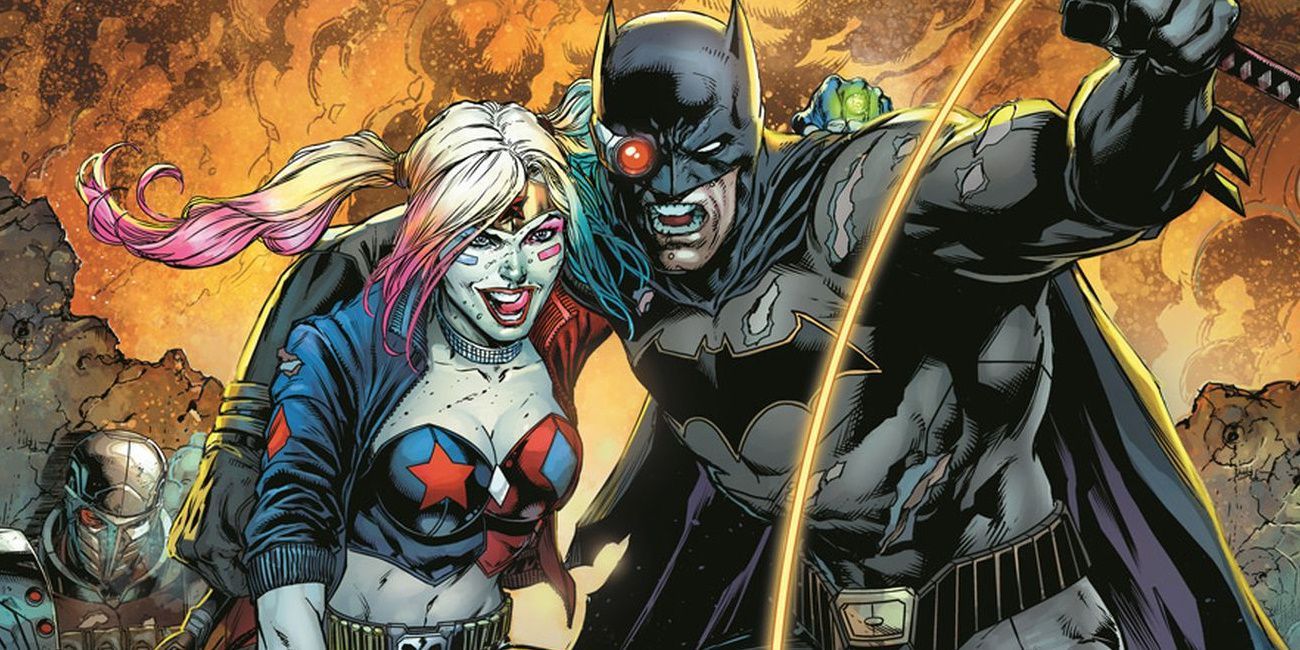 Harley Quinn and Batman are contrasting characters, but the two were seen in a romantic relationship in the Sean Murphy’s Batman: Curse Of White Knight series. in this series, Joker tries to redeem himself after Harley revealed her pregnancy but went back to the old dark path. Harley Quinn in an attempt to stop him, teams, up with Batman. Bruce Wayne even revealed his identity to her to win her trust and helped her deliver her twins in Arkham Asylum basement. Later, they even got into a romantic relationship. Murphy has developed a masterpiece in the form of this amazing storyline.