With more than twenty movies so far, MCU and behind the scene stories are equally intriguing. From Robert Downey Jr. hiding food over the set of The Avengers to Tom Hiddleston trying to remove his helmet, these 10 behind-the-scenes moments won the hearts of the MCU fan base.

The story is about the day before shooting with Robert Downey Jr on the set of Captain America: Civil War. Sebastian Stan sent Downey Jr. a video where Stan was doing intense bicep curls. He was seemed to working out opposite to the Iron Man suit. He also attached a text message that says, “Looking forward to our scene tomorrow, Robert.”

While filming Doctor Strange, Benedict Cumberbatch went down to a comic book store and bought a Doctor Strange comic. He was dressed up in his costume.

Chris Pratt Accidentally Dropped The Orb In Guardians Of The Galaxy

The Collector scene where Peter drops the orb was not actually scripted. As per the inside news, Pratt accidentally dropped it, and it stayed in the final edit.

Tom Holland mentioned that the fighting scene with Chris Pratt was challenging. Pratt’s humor between the scenes made it hard for Spidy to keep a straight face at times.

Scarlet Johansson was pregnant when she was shooting for Age of Ultron. Ultimately, MCU had to use CGI to hide her belly.

In an interview, Robert Downey Jr. thanked Burger King for helping him to get straight in 2003 with drugs in his car. He said it because he had a burger that made him rethink his entire life.

The Cast Of Spider-Man: Homecoming Had A John Hughes Marathon

John Hughes once revealed in an interview that he, along with the entire cast of Spiderman: Homecoming had a movie marathon just like a Domino’s day. They watched The Breakfast Club, Pretty in Pink, Ferris Bueller’s Day Off, and whatnot. 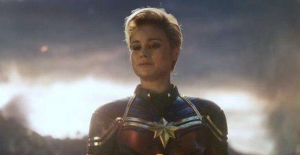 It was her first day on the sets of Avengers as Carol Danvers. The scene was shot much before Captain Marvel went into production.

Downey Jr. Hid Food On Set In The Avengers 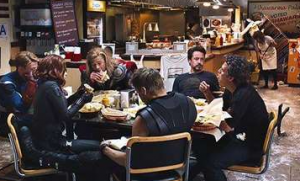 Robert Downey Jr. kept hiding food all over the set, and nobody could find them. Even in the movie, there was a scene where the superheroes were hanging, and Tony Stark was eating just because he was hungry. 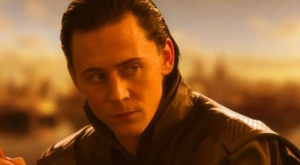 Tom Hiddleston found the classic helmet of Loki pretty uncomfortable. It was heavy to wear, and Hiddleston almost struggled to see out of it. The helmet even channeled his discomfort during the battle scenes in the movie.