Here are the 10 behind-the-scenes pictures that might change your perspective towards your favorite MCU film. 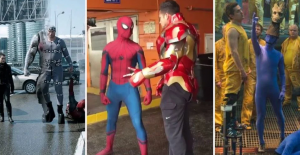 No doubt, movies are not real. But at the same time, they do require some kind of hypothetical suspension to hold the audience’s faith. If the process behind filmmaking is revealed, there’d be no fun in watching the movies. 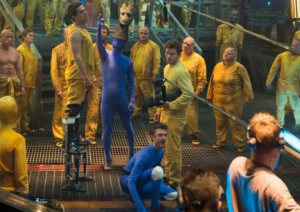 There is nothing wrong with the image. However, that is the only thing that makes the entire scene look normal. The picture depicts the gentle giant who is a little tall than the man in blue with an abnormal Groot hatted.

Who is that in the Iron Man Suit? 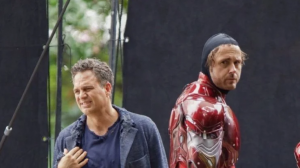 In the image above, Banner is suited up to smash his counterpart in Avengers: Infinity War. This helps the audience to predict what kind of danger and risks Avengers will be found at this time. 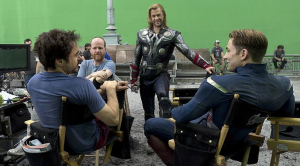 Being a superhero is complex, but not like what it looks like in the image above. The picture erases the theory that superheroes don’t hang out. While Thor is armored in his top half costume, Iron Man seems to be relaxing during the shot.

Star-Lord and Gamora are undoubtedly stunning superheroes. But sometimes, even they need their smartphone to check on real-life updates. What else superheroes are supposed to do when they don’t have planets to save. Sleep. 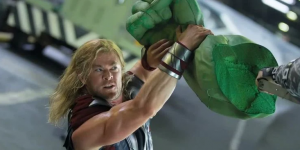 The first time we encountered Thor’s arms was in Thor: Ragnarok. Simultaneously, the first time we missed an opportunity to look at Hulk’s face was in the same movie. The image above depicts that Hulk’s smasher is just a foam hand and nothing else.

Colossus us just an Arm 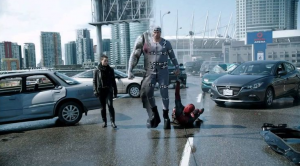 While Colossus waited years to get his role in the MCU, he was just an arm on Deadpool’s set. The image above reflects how the motion-captured suit and the funky boots were not everything we could have seen. 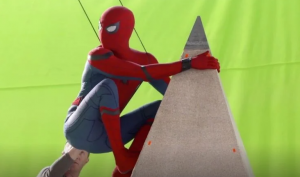 Tom Holland is universally loved as the Spiderman. But the image above reflects that even the teen hero requires hands to hang on the pyramid.

Deadpool looks normal inside the Mask 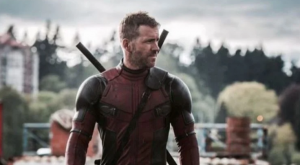 While Wade Wilson’s Deadpool character is a horrifying scientific experiment, the behind the scene image above reveals the truth. The superhero spent most of his time masked up on sets but watching him without the Deadpool mask can be a turn-off for many.

The Waist up Iron Man 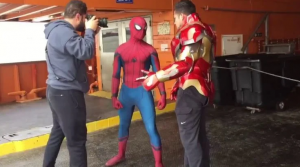 Robert Downey Jr. does not perform many of his stunts. However, it is pretty funny to watch Tony Stark scolding Tom Holland’s Spiderman character in his Nike pants.

Waititi sits on the Throne 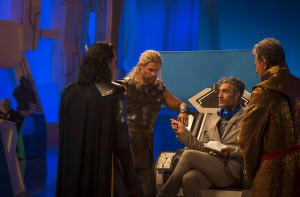 Being one of the kindest people on set, Thor: Ragnarok’s director Taika Waititi is famous for his hilarious nature. The image above reflects that he is indeed the right one to get that spot on that Throne.