Almost everyone has a crush on a celebrity. Whether it’s a former Survivor contestant, an athlete, or an artist, one of the most typical questions friends ask is about the subject. But even superstars have celebrity crushes, and the occasions they’ve met in person are the ideal mix of uncomfortable and cute. Certain celebrities have been quite vocal about their affections for other people, some of whom are Hollywood A-listers. Jennifer Lawrence, Cole Sprouse, and Tiffany Haddish have all professed their adoration for Larry David, Jennifer Aniston, and Michael B. Jordan, respectively. Others, such as Drake, have made no secret of their admiration for superstars such as Rihanna and Nicki Minaj. Here are ten celebrities who have had celebrity crushes. 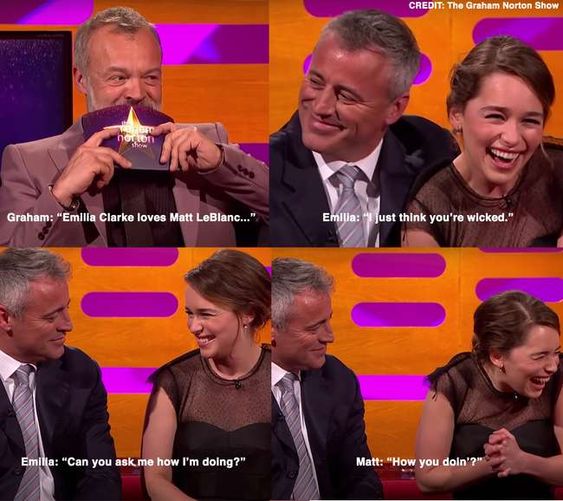 Emilia Clarke stated in an interview with Graham Norton that she is a great fan of Matt LeBlanc. The two had a lovely exchange, which finished with a great Joey line from Friends. 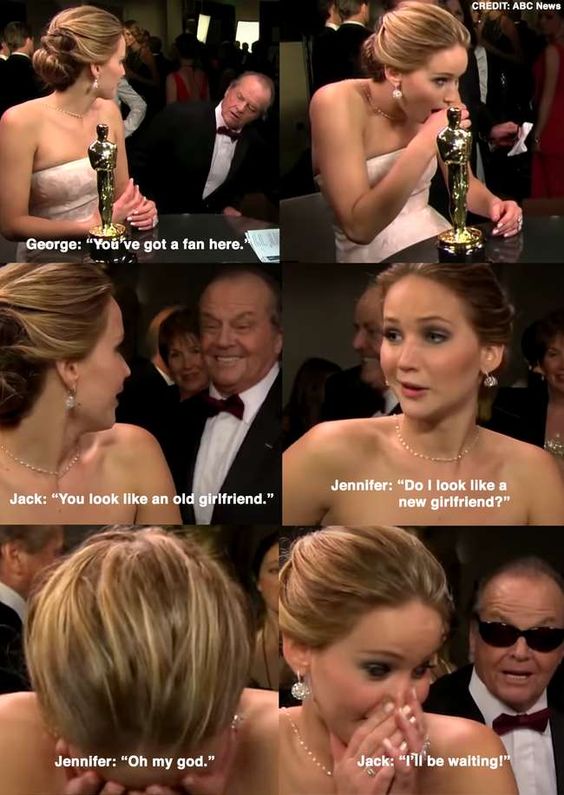 Jennifer Lawrence addressed her Best Actress victory with George Stephanopoulos in an interview. Jack Nicholson suddenly came behind her and apologised for “crashing the interview.” The two talked about the film, and on his way out, Jack and Jennifer exchanged some banter. 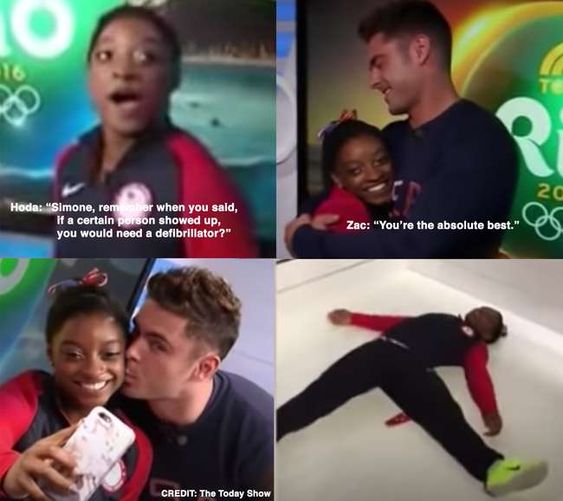 During the 2016 Olympics, Simone Biles told Hoda Kotb on The Today Show, “Okay Zac Efron, I believe we need you here in the team final.” So, Zac Efron travelled to Rio and shocked the “Fierce Five” with an amazing reaction.

7. Charlize Theron And Michael B. Jordan: 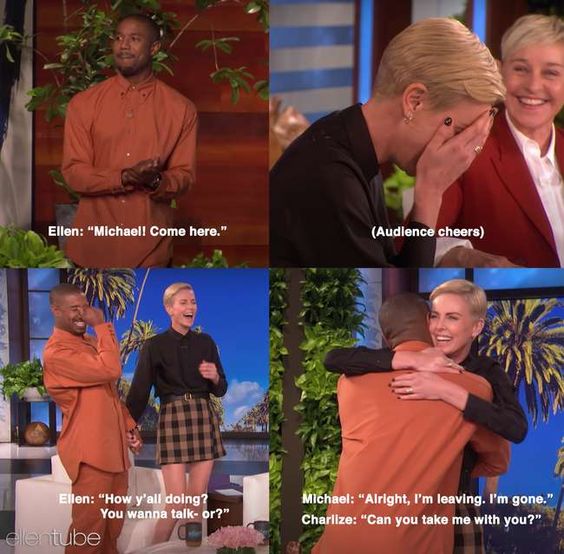 While playing “Who’d You Rather” on The Ellen Show, Charlize Theron decided on Michael B. Jordan over Brad Pitt. The next time Charlize was on the show, Ellen surprised her with Michael B. Jordan. The two are supposedly great friends in real life, but their interaction was priceless. 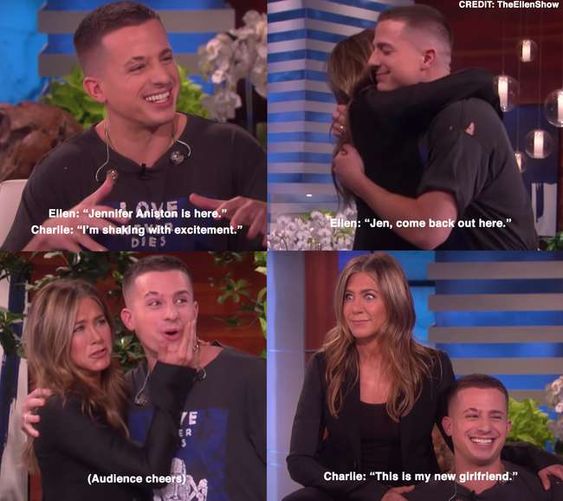 Charlie Puth said on The Ellen Show that he is a great Friends fan. So Ellen surprised Charlie with Jennifer Aniston, and Charlie couldn’t stop himself from jumping with joy. 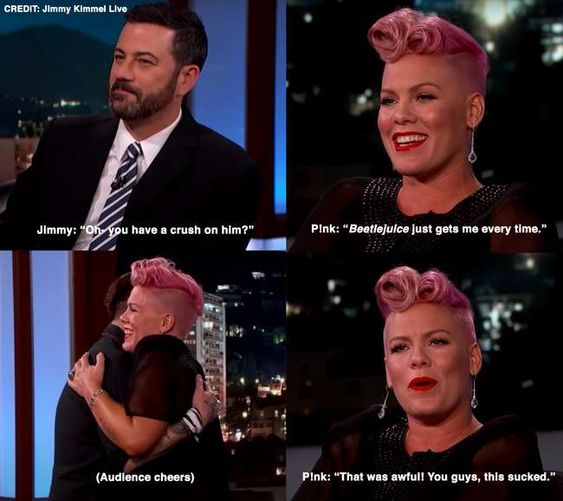 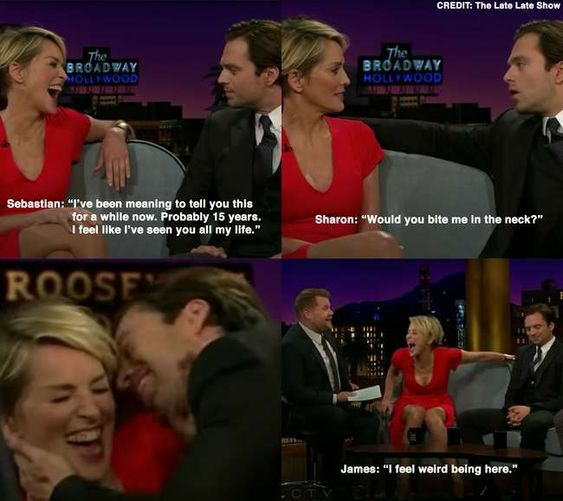 Sebastian Stan confesses in an interview with James Corden that Sharon Stone was one of his earliest celebrity crushes. Zach Woods and James Corden were left as third and fourth wheels as the two began to flirt back and forth.

3. Chance The Rapper And Beyoncé: 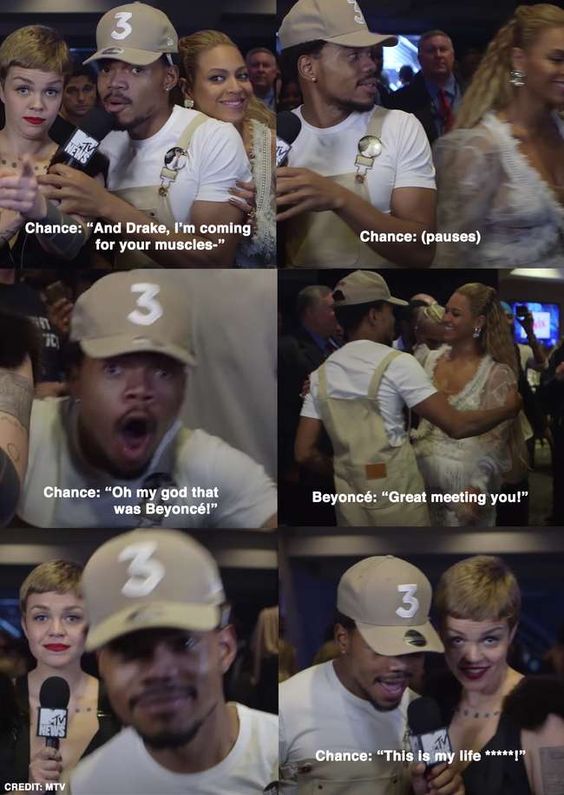 Beyoncé surprised Chance the Rapper as he was doing an interview with MTV. They met for the first time, and Chance had to take a victory lap afterwards. (After all, who wouldn’t?) 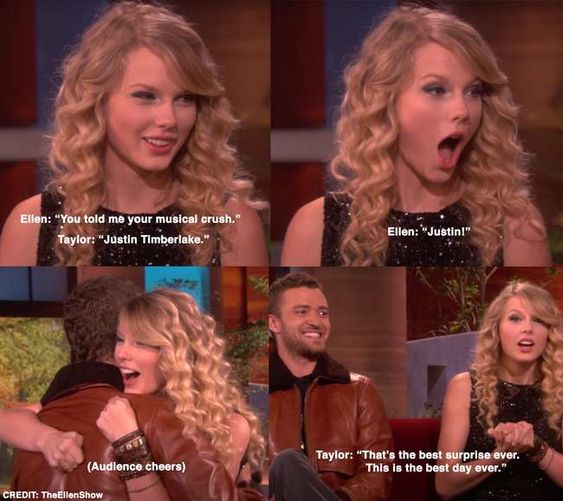 Taylor Swift said on The Ellen Show that her musical obsession is Justin Timberlake. Knowing this, Ellen surprised Taylor with Justin Timberlake, and the two had a really pleasant encounter. 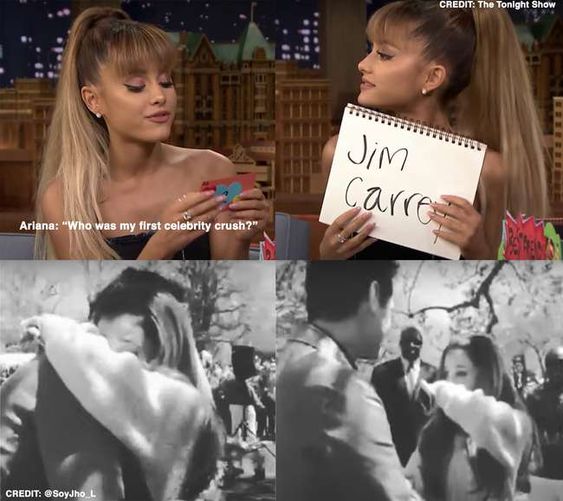 Arian Grande said on The Tonight Show’s “Best Friends Challenge” that her first celebrity crush was Jim Carrey. They initially met at an event, and she later appeared as a guest star in an episode of Jim Carrey’s program Kidding.

So, yes, these are the 10 Celebrities Who Met Their Celebrity Crushes. Well, what a moment it is when you, being a fan, get to meet your favorite celebrity. Think about what a celeb would feel while meeting his celebrity crush. Won’t it be legit? We at Animated Times have collected some of the best moments when celebrities met their celebrity crushes. Have a look at them in the list above and let us know your thoughts on these moments in the comments section below. Until then, keep reading Animated Times, the perfect place to get a closer look at the entertainment industry, upcoming movies, TV series, celebrity gossip, and much more. We’ll have you covered. Keep reading animated times, guys, for more.