Superheroes are always considered to be honorable and heroic. They have a moral compass that they follow, and are everything we wish to imbibe in our daily normal lives. 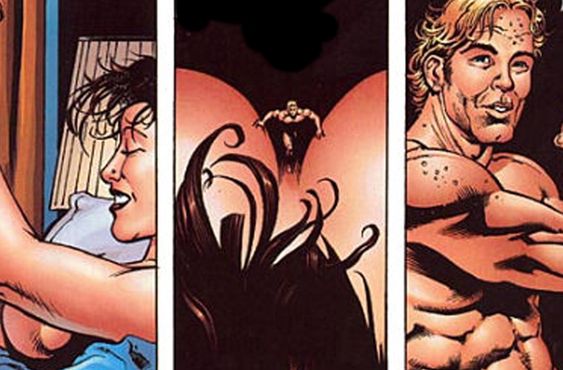 Especially given how enamored children are with anything that is superhero, it is a shocker to us when we see some that are the total opposite of what we want children to look up to! While subject matter of comic stories have had many changes over the course of time and the direction of where it was going and their target audience.

But some of our beloved characters from these beloved comic books turned out to be absolute perverts at times. The sexual nature of the stories and the adult themes even ended up giving way to Comics Code Authority in 1954 to keep children from engaging in such stories. Basically the movie version of PG 13 and such had to be mandated for the comics books as well. And that turned out to be a really good idea.

So here are 10 superheroes from various comic book stories, who can apparently be quite perverted at times. 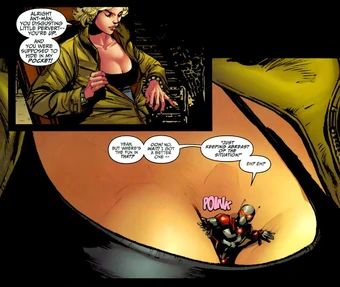 Ant-Man has shrunk down to atomic levels and done very many heroic deeds for the world and its people. But Hank Pym is also a pretty perverted man, who shrinks down in size only to pop up in some very appropriate places. Like in the crease of women’s breasts.

Even at one instance he can be see going to town on his wife Janet Van Dyne – The Wasp. Janet writhes in ecstasy, moaning Hank’s name even though he is invisible to the readers. It is only later when the sheets are lifted up that we see a tine Pym crawling around the bed. 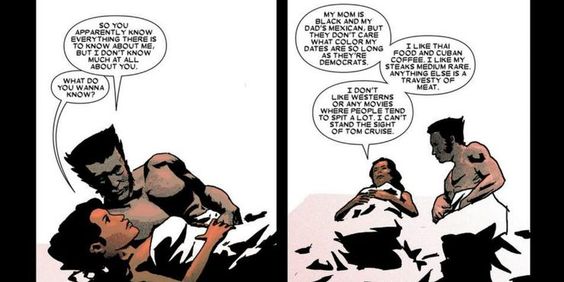 Wolverine is probably one of the ‘dirtiest’ superheroes in the comic stories. A very much adult Logan ends up being the very definition of a dirty old man, when his object of affection is a 15 year old girl. A teenage Jean Grey tired of the adult Logan hitting on her body swaps him with Peter Parker.

In Peter’s body, he kisses a very young Mary Jane and tries to become more physical with the girl, even though it makes her uncomfortable. Even worse though is that in his own body and age, he even has a sexual relationship with Squirrel girl, who is very much younger than Wolverine. 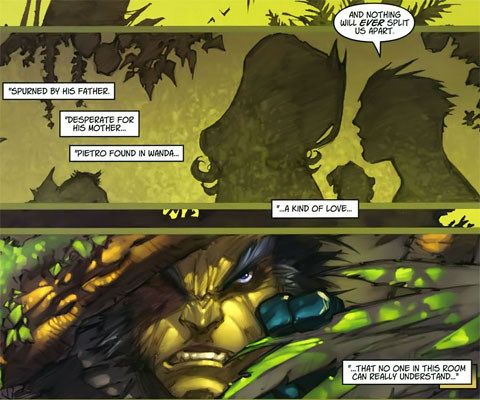 Scarlet Witch has quite a few kinks to be honest. Wanda has a sexual relationship with someone who is essentially an AI – so more or less a robot – Vision. Their relationship lasts for quite a while with them getting married and having the twins – Speed and Wiccan.

She even has an incestuous relationship with her brother in one of the storylines – Quicksilver. Wanda and Pietro have always had a weirdly close relationship, even for twins. And that is proved right when Wolverine watches them going at it from the bushes. And in that storyline, Logan might even have been their father – so, completely out of it! 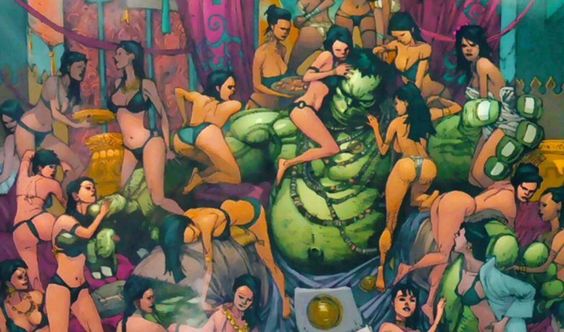 Hulk is the angry monstrous hero, who apparently hooked up with his equally hulkish cousin – Jennifer Walters, the She Hulk. After hooking up, Bruce and Jennifer, or well, Hulk and She Hulk actually end up giving birth to a whole bunch of mutant Hulks.

In another instance, Hulk is seen to be enjoying a harem of bikini clad women – who are essentially his sex slaves. He keeps them hidden in a mountain palace when he goes to enjoy his time. There is also another storyline when his harem contains both men and women. 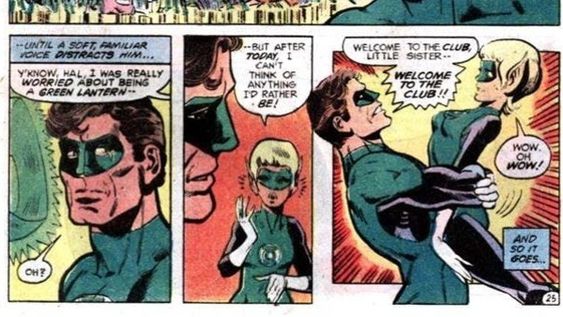 Hal Jordan is one of the most beloved heroes from the Justice League and a very prominent member of the Green Lantern Corps. But he is also someone who ended up dating a 13 year old girl for two years, and that just about threw us all off.

While stationed together, the 13 years old “little sister” Arisia Rrab develops a crush on the “big brother” Hal. She even transforms herself into a grown woman using her ring. And although Hal resists her for a time being, they end up making out and eventually fall into a relationship. 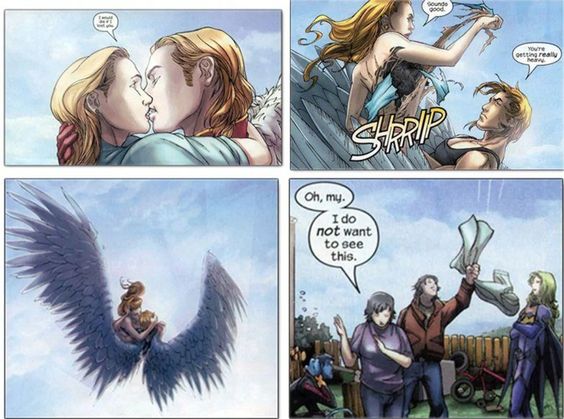 Warren Worthington III is a man of immense power as well as wealth. He is probably one of the most powerful mutants amongst the X Men. But apparently he also has some voyeuristic tendencies and does not really care about who he is giving the show.

While visiting Husk at her home, Angel heals her with his powers and then they soar to the sky where they have sex for all to see, including Husk’s mother and their other mutant friend Noghtcrawler. Angel also is the owner of a mutant brothel called the X-Ranch. 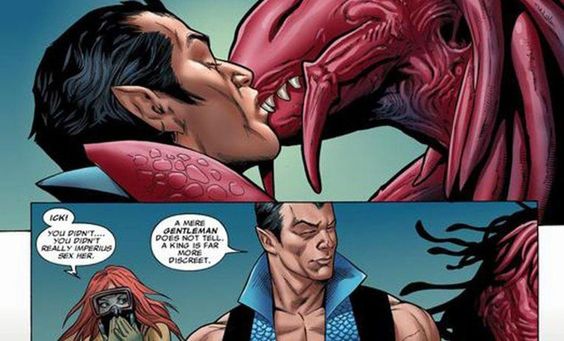 Namor is one of the most disrespected superheroes in the Marvel universe, even though he is pretty powerful. He barely gets the recognition he deserves from both the writers as well as the readers. So apparently, he gets it from weird sea creatures. We kid you not!

In an attempt to broker peace, he takes the tentacle whipping leader of the strange sea creatures – River Queen to his private chambers. They seal the deal by having inter species sex and then goes on to recount his sexual exploits.

In another storyline it is revealed that after a time travelling adventure, Superman cannot feel happiness with any other woman because he is very much in love with his underage cousin – Supergirl, herself. To top that, Supergirl finds an older alternate reality version of herself for Superman to make out with, while she watches with her super vision. 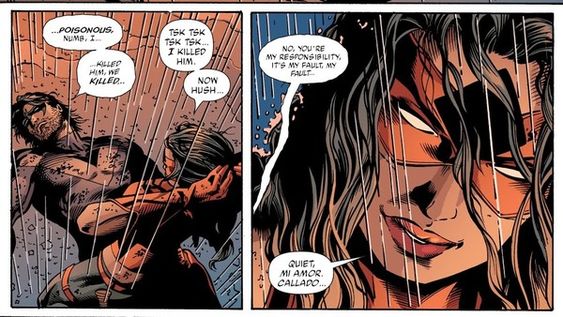 Although a lesser known character from the DC comics, a former FBI agent takes up the mantle of the superhero Tarantula in the city of Bludhaven. Her means of dishing out justice is a little extreme, which keeps her at odds with Nightwing/ Dick Grayson, the primary protector of the city.

Even though Dick had her arrested for murder, Tarantula has a huge crush on him. And to make him happy, she kills Nightwing’s nemesis – Blockbuster in cold blood. The next part is where things get freaky. After the kill she forces herself on a beaten and battered Nightwing, which is essentially rape. 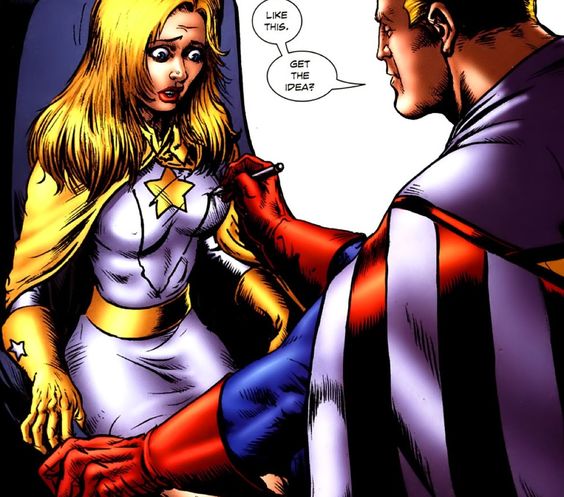 The Boys, is basically everything you don’t want in a superhero. They are violent, sexually deviant and misogynistic in nature. And almost every one of them – whether they are a part of The Seven or The Boys, do some really questionable things in the entirety of the story.