Power Girl has been a complicated, confusing character for fans and writers of DC comics.

While she does have a large fan following, numerous retcons and rewrites have made her backstory needlessly convoluted.

With that in mind, let’s look at 10 facts about DC’s Power Girl 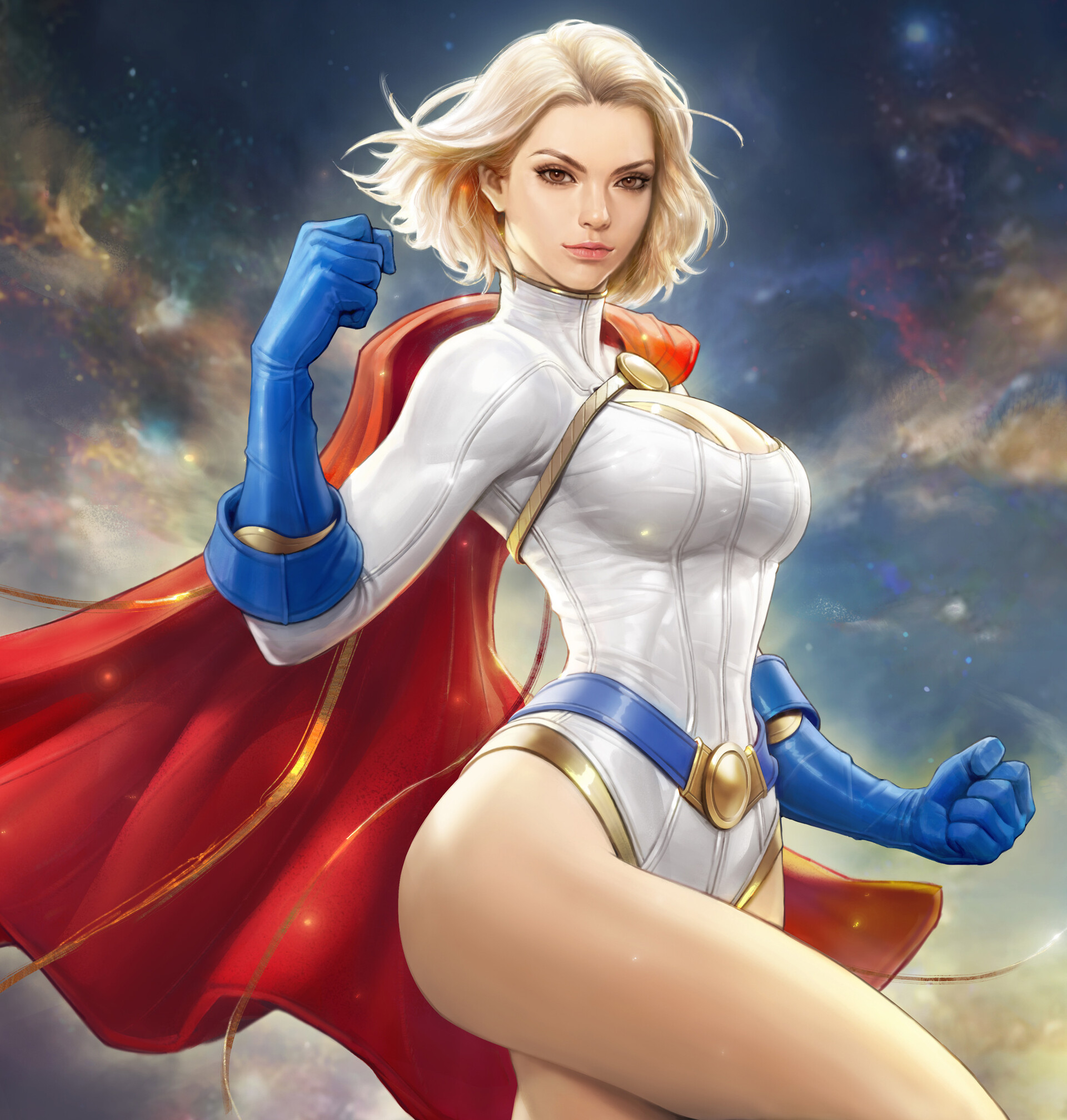 The story goes like this. Marvel had just debuted a character in the pages of the Avengers.

DC objected stating that it was too similar to Wonder Woman. Marvel decided to discontinue the character. Marvel then created Luke Cage who went by the name, Power Man.

All of a sudden, DC introduced a character called Kara Zor-L, Power Girl. And in retaliation, Wonder Man returned.

You might say, the two companies don’t have a sense of rivalry but this instance proves otherwise.

The 1985 event, Crisis on Infinite Earths retconned a lot of major DC characters.

One of them was Power Girl, a resident of Earth-2, home of the JSA. 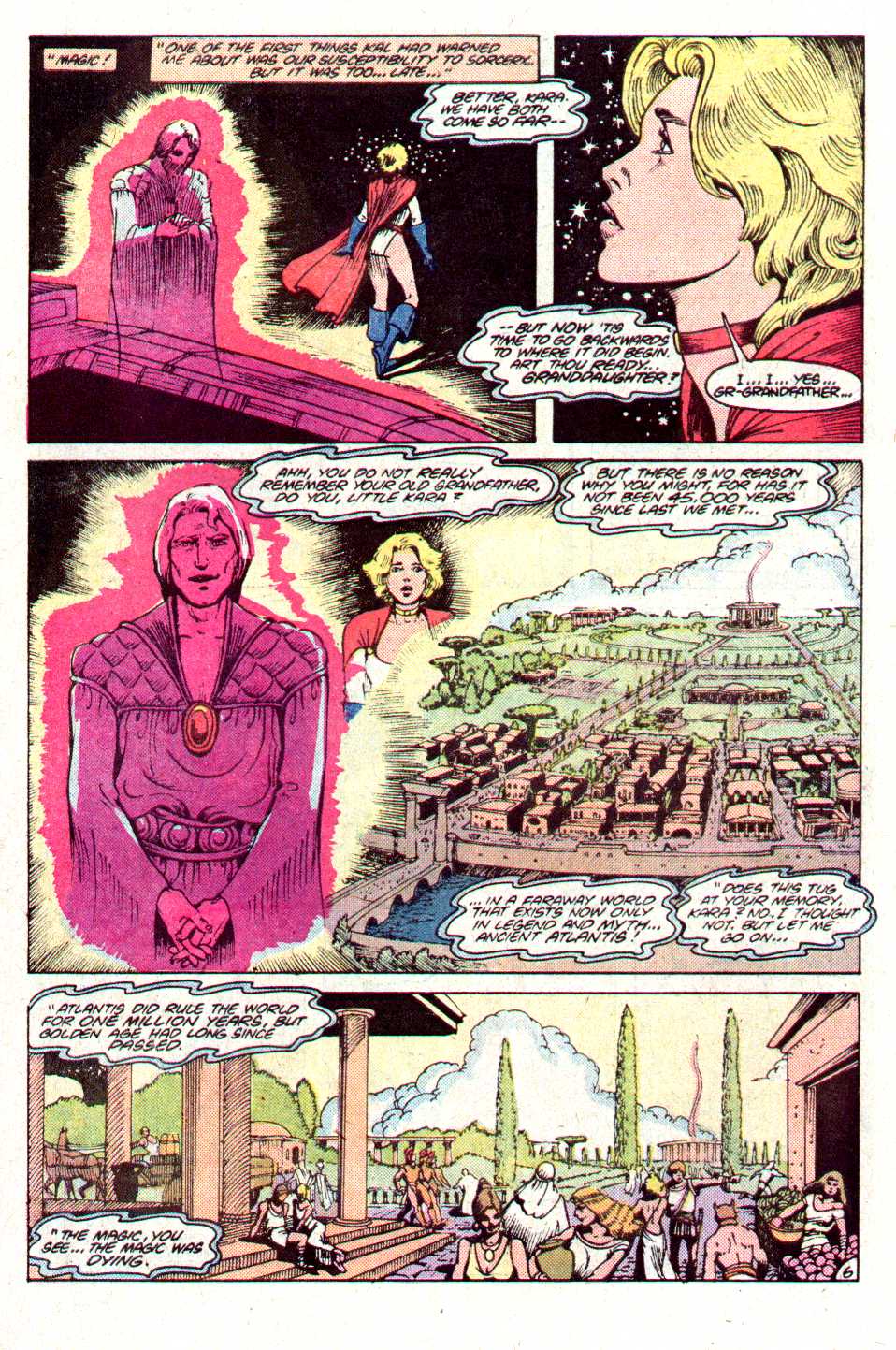 She initially thought she was Earth-2 Superman’s cousin, as she had been before the reboot. It was revealed that she was the descendant of the Atlantean sorcerer Arion, and was frozen in suspended animation for millennia until the present day. Talk about having an identity crisis.

The status quo changed when Infinite Crisis came along and she went back to being Earth-2 Superman’s cousin again.

Ok, here’s where it gets weird.

Power Girl is immune to Kryptonite. Kryptonite of the prime universe that is.

She is however vulnerable to Kryptonite that has been taken from her own earth. While she is as strong as Superman himself, she has a very slight edge, given her immunity to any form of Earth-0 or Earth-Prime’s kryptonite. 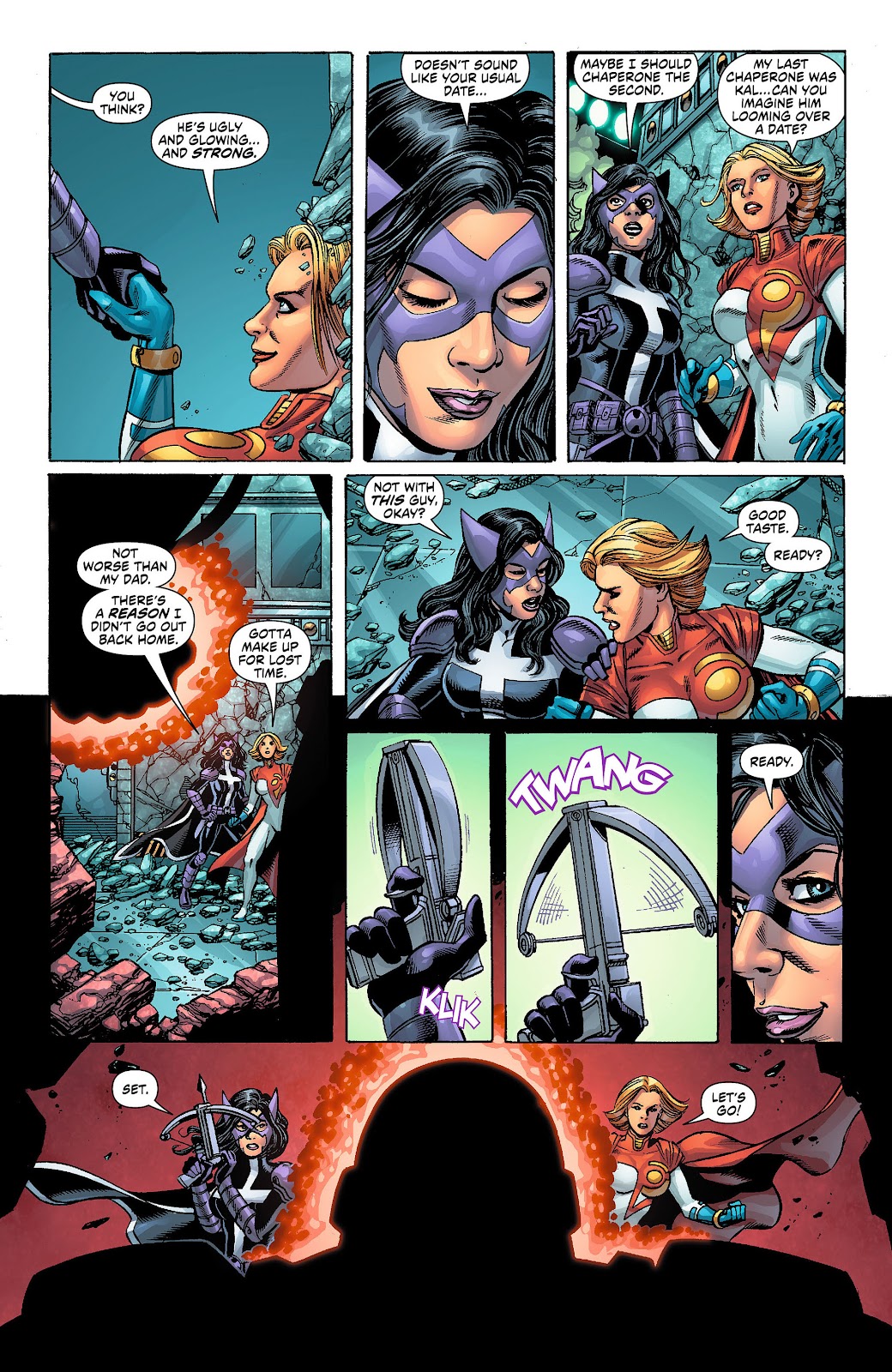 Huntress on Earth-2 is Helena Wayne, the daughter of Bruce Wayne and Selina Kyle, Batman and Catwoman.

Power Girl and Huntress have been best friends since they were young. Both, the Pre-Crisis and New 52 versions of Huntress and Power Girl are the best of friends.

It is also cooler when you realize that they are their World’s Finest.

In possibly one of the worst moments of DC’s history, Power Girl went through a magical pregnancy. How? Brace yourselves. Her grandfather. Why, DC? Why?

Arion the Sorcerer heard a prophecy where it was foretold that his great-grandson was the key to victory. And so, he orchestrated the course of events so that Power Girl would give birth to a son without a father.

The child grew up rapidly into a fully grown warrior called Equinox. Equinox killed a demon called Scarburus, disappeared, and was never heard from again. Talk about badly nuanced writing. 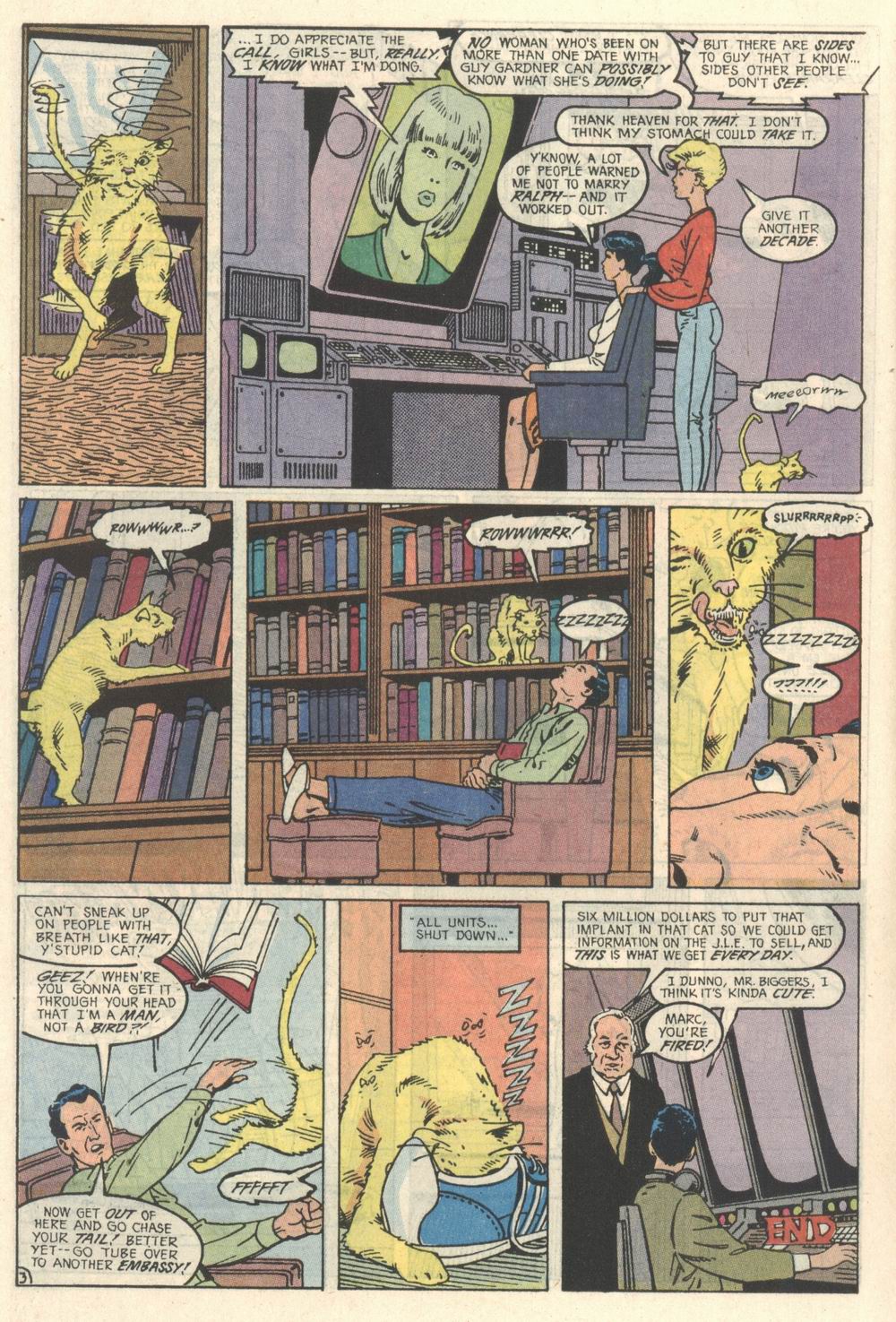 Stinky was a mangy looking, one-eyed cat that Guy Gardener unintentionally brought back to the Justice League International HQ. The cat and Guy engaged in a one-on-one tussle with the cat leaving a memorable impression on the other leaguers and Guy in particular.

The cat randomly appeared and disappeared over the course of the series. It smelled so bad that anyone that tried to bathe him would end up badly scratched. This gave him the name- “Stink-Bomb”.

At one point a man called Mr. Biggers attached a video camera to spy on the Justice League International.

The cat however was never seen at important times. It captured footage of Catherine Cobert and Kilowog discussing plumbing problems, Ralph Dibny on the telephone with an agent discussing his memoirs, Ice talking about her love life, Blue Jay taking a nap, etc.

Stinky eventually went to Kara in her new residence in Kara’s JSA HQ in Manhattan.

One of Kara Zor-L’s skills is that she is a genius when it comes to computers.

Power girl has a master’s degree in computer science engineering from Midwestern University.

She developed an app called Kela, based on Kelex’s algorithms. Kelex is the Kryptonian AI steward of the Fortress of Solitude. Kela was the robot that served Kara as a child.

She launched the app and set up her own company- StarrWare. A computer genius AND CEO, truly a strong, independent woman.

Barbara Gordon who at one point went by the codename Oracle was confined to her wheelchair following the events of The Killing Joke. She was putting together a new team, called the Birds of Prey. 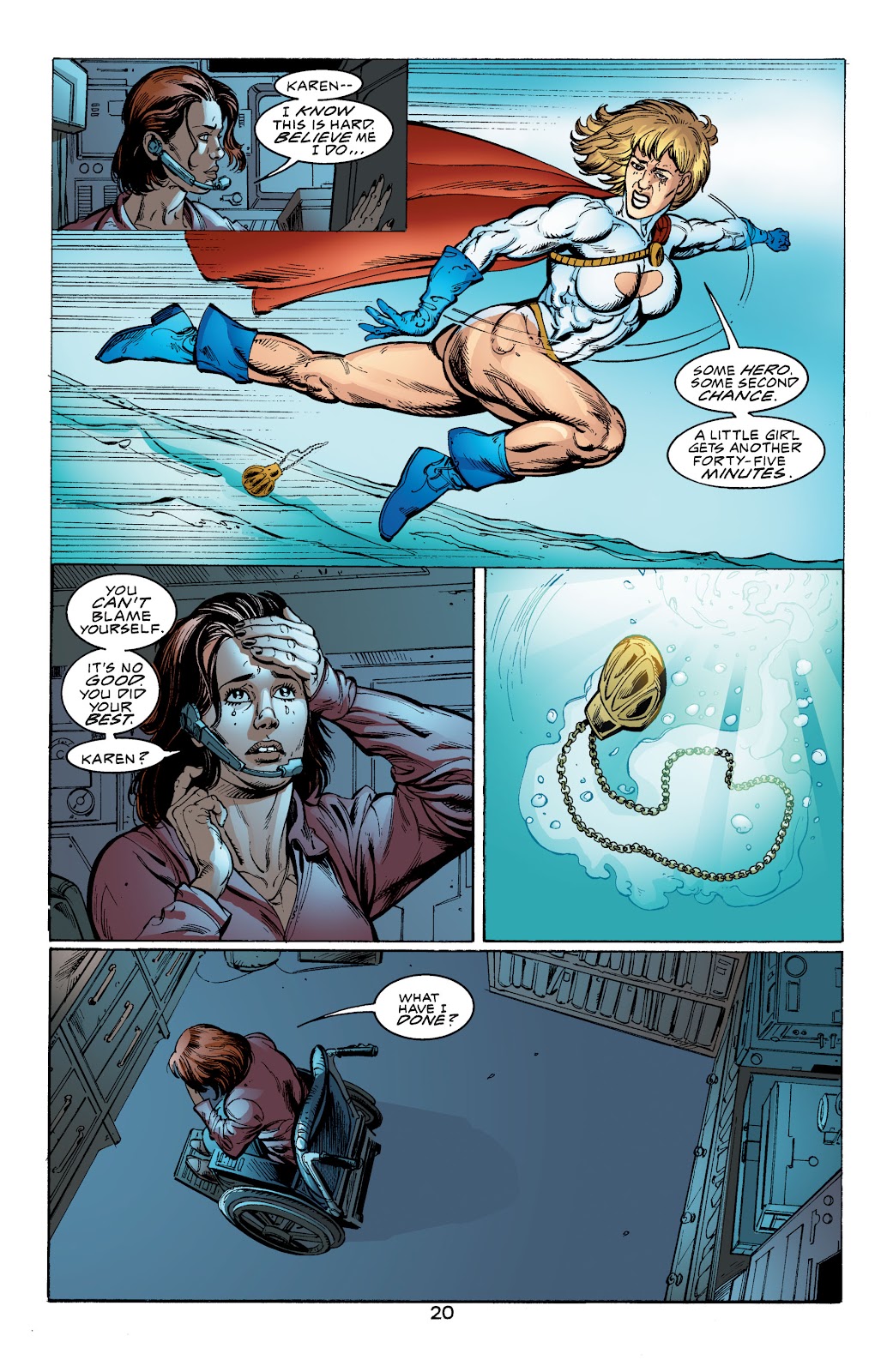 Power Girl was one of her first agents. Their mission ended badly following some poor decision making by Oracle. Kara felt that Barbara would endanger lives with her methods.

The two of them did work together after their fallout, but their relationship still remains tense.

Power Girl usually works solo or with the JSA. Or does she?

All of that changed in Power Girl and Harley Quinn in 2014. 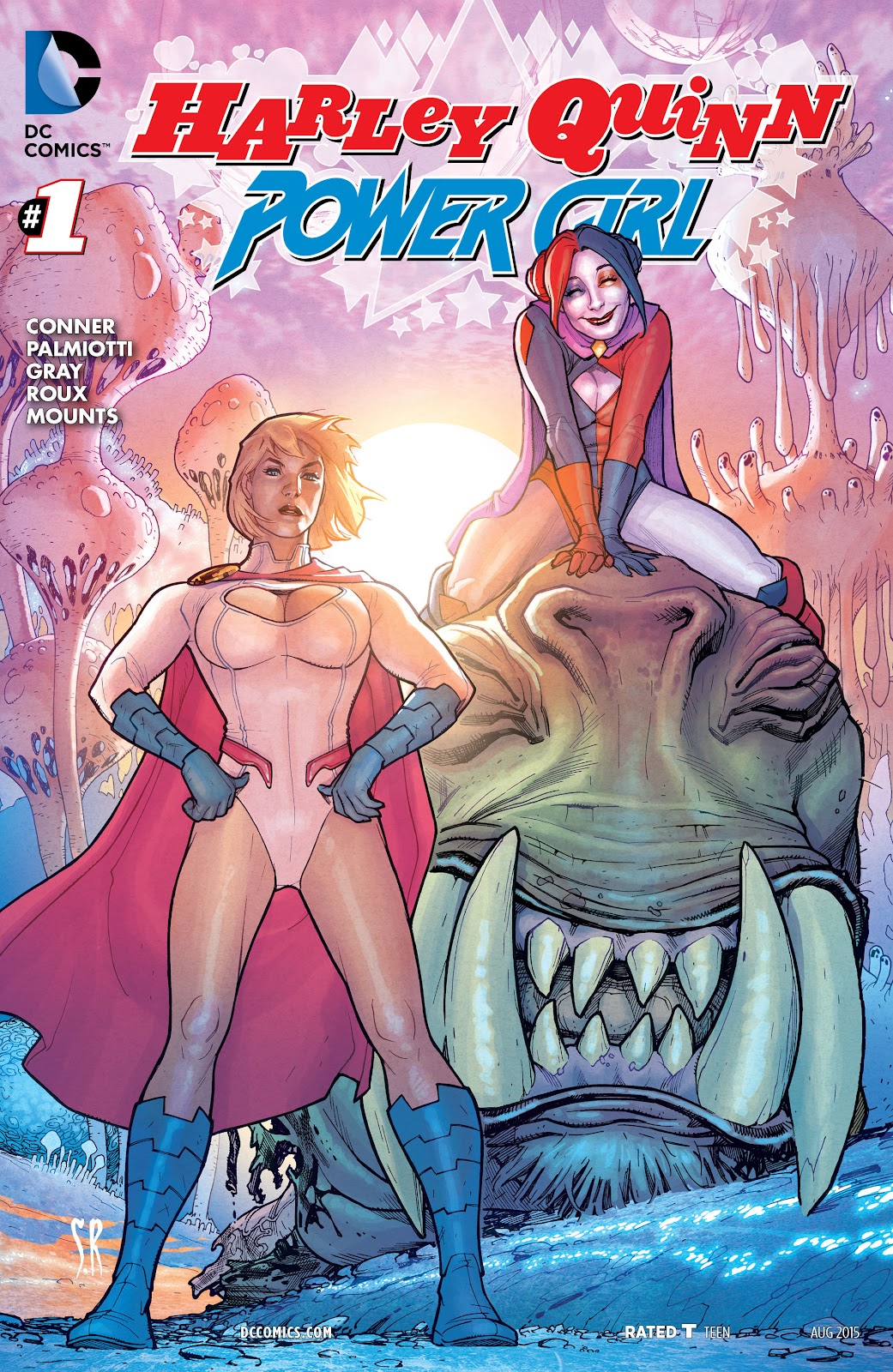 An amnesiac Pre-Crisis Power Girl fought crime with her new sidekick… Harley Quinn. They had some wonderful adventures together before they were sent across the universe on a quest home. Power Girl eventually regained her memories. There was a time Harley lied to Kara but a less than happy Kara forgave her. Harley also has a crush on Kara

Kara has the most… unusual weaknesses.

At one point in the comics, natural, unprocessed elements could seriously hurt Kara.

In Kara Zor-L’s own words: 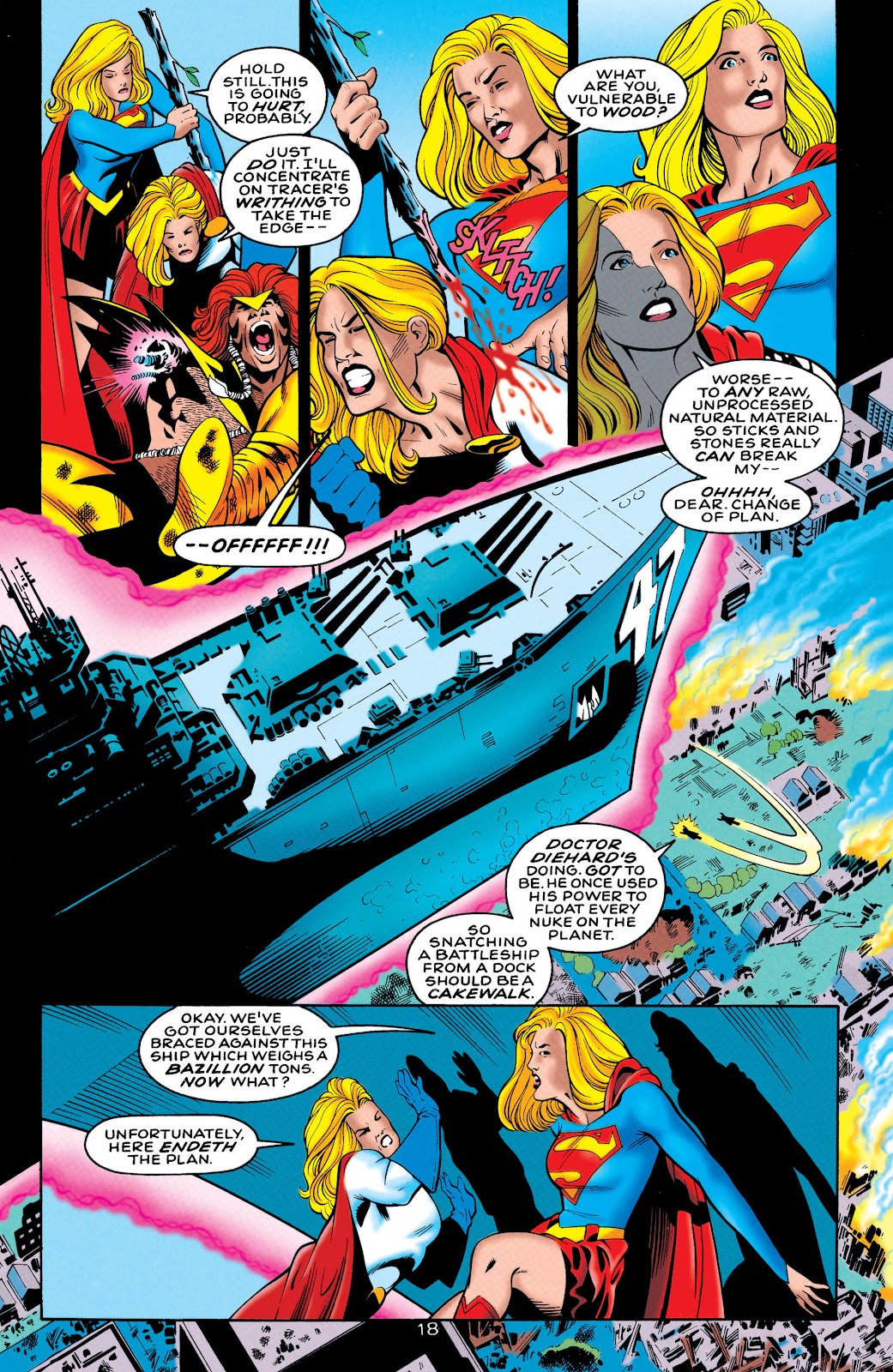 Writers later restored her Kryptonian origins. With it came the classic weaknesses to magic as well as Kryptonite. She can fly through space but needs to take a deep breath before she goes off-planet and holds it for several hours.