The ever-expansive world of Naruto has left us with a huge, blood-thirsty fan base. And the fan base has come up with some crazy and insane theories to keep the hype train running. Here are the best of the lot. 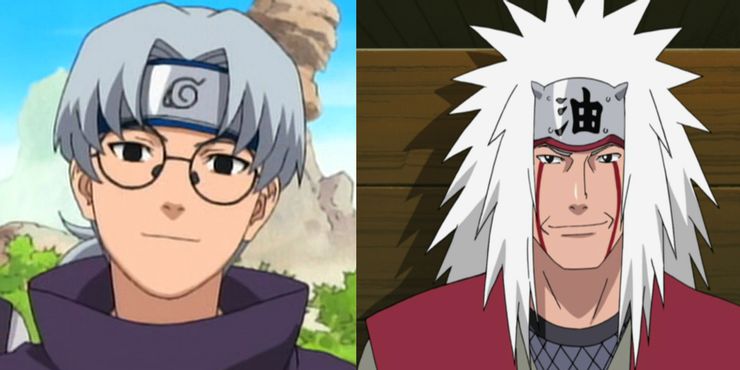 Kabuto’s loyalty was always in question since day one. He was in Orochimaru’s debt but there were multiple reasons why he hated him as well. Masashi Kishimoto was probably toying with the idea of revealing Kabuto’s status as a double agent until the final story arc revealed he was always loyal to Orochimaru. Yet somehow Jiraiya had advanced knowledge regarding how Akatsuki functioned. He even knew Orochimaru had switched bodies, information that was only available to Sasuke and Kabuto. When the three sages fought, Kabuto never directly engaged Jiraiya in combat.

Infinite Tsukoyomi Worked. Everything That’s Happening Is an Illusion 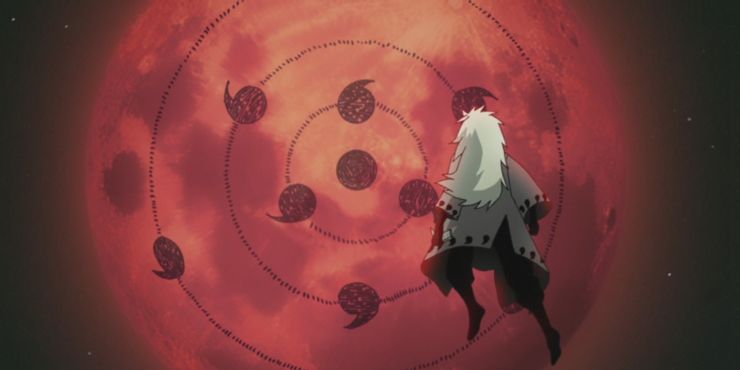 The Infinite Tsukoyomi Technique puts humanity in an eternal trance. They become mindless slaves trapped in a never-ending illusion. Their Chakras could then easily be harvested. The technique is broken by the end of Naruto Shippuden. But what if the technique is still active and everyone’s in the Matrix now? What if everything we see in Boruto and beyond is merely the work of the Infinite Tsukoyomi? 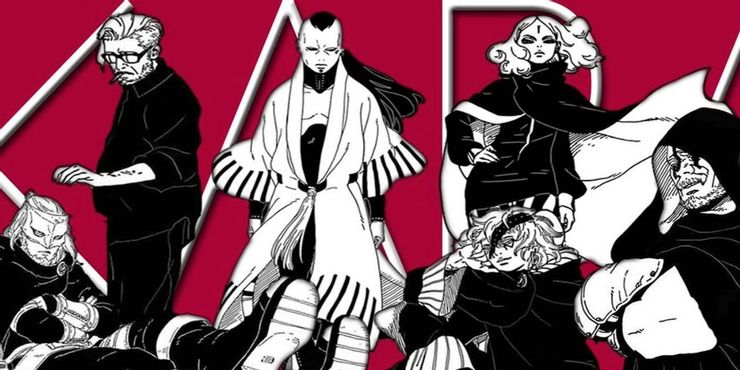 There is a lot of science that has crept up into the world of ninjas in Boruto. But we are yet to see some of science’s deadliest weapons. Biological warfare has not made its way into the anime and manga yet. In a filler arc in Naruto, a rare form of ninjutsu used biological warfare to infect Akamaru, who then attacked Kiba. With the warriors of Kara closing in, their ultimate weapon might be unleashing a world ending virus that devastates humanity. Remind you of anything? 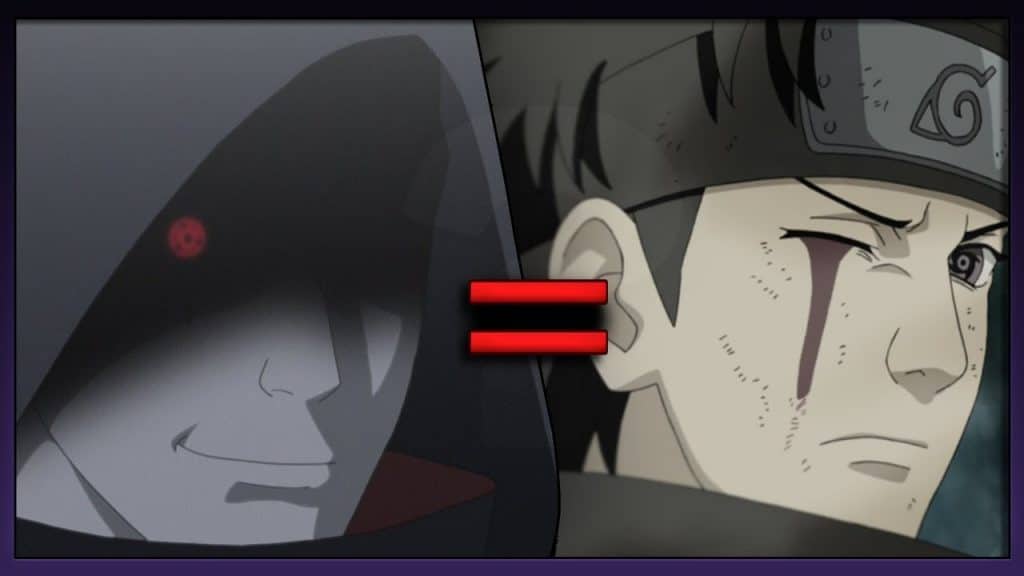 Shin left Orochimaru’s tutelage and started a journey of his own. He was obsessed with the Uchiha Clan. He also wanted to kill Sasuke Uchiha. shin wanted to carry out “Itachi’s Work” though he himself did never explain what it was. Some claim that shin is actually the resurrected Shishui Uchiha. Orochimaru experimented on Shishui’s body (which vanished without a trace) and turned him into Shin. They are both missing the same eye, adding fuel to the fire.

Each Akatsuki Member Represents a Different Motivation For War

This actually makes a lot of sense and was probably intentional. each member of Akatsuki represents a reason why people wage war. Hidan represents religion. Kakuzu represents money. Pain and Konan fight for peace. Kisame stands for exposing the lies of bureaucracy. Sasori and Deidara want to create a world where there are long term diplomatic changes. Itachi wanted to protect his people from harm. Zetsu fought for Lineage. and lastly Obito intended to unify the world under a new, ideal world order. 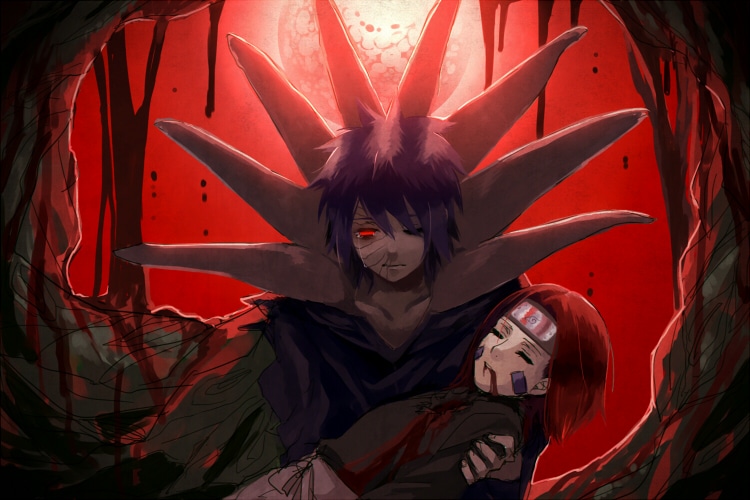 Obito lost everything because of the actions of the Ninjas of the Hidden Mist Village. Rin, the love of his life, was killed due to Leaf Village’s war with the Hidden Mist Village. His life was engulfed in darkness so he decided the perpetrators of his misery should also pay a price. Over the years, he slowly infiltrated Hidden Mist and took control of yagura, their then Mizukage’s mind. Yagura was said to be a benevolent person who suddenly turned hostile, his new policies so brutal they turned the region into the Bloody Mist Village. This was Obito’s way of making the Hidden Mist Village pay for their crimes.

Minato Namikaze Was So Powerful Because He Saw His Teammates Die 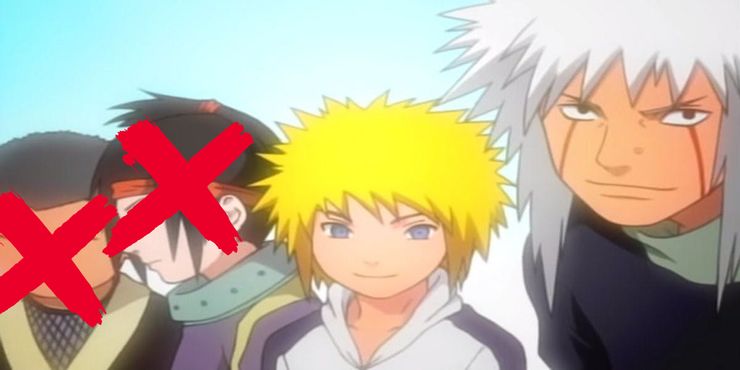 Minato was always a prodigy. But he was exceptionally talented even for a Ninja Genius. His Flying Thunder God Technique is the ultimate weapon any ninja could wield in a fight. The reason he came up with this technique is because he watched his teammates dies when he was part of a three person Genin team. He was not fast enough to save them so he set out to create a technique that will make him the fastest ninja there is.

Danzo Could Not Become Hokage Because Of The Hyuga Clan 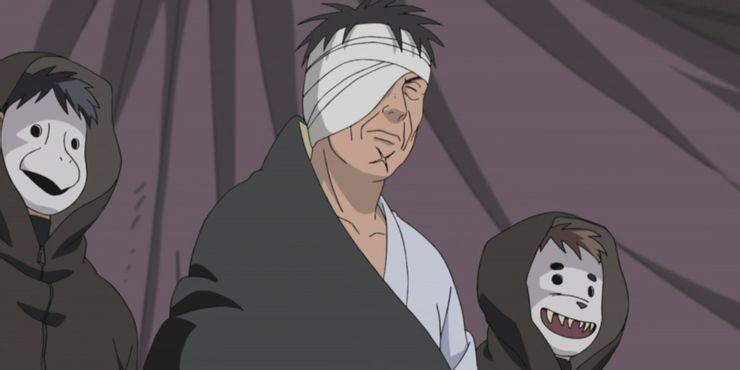 A glaring plot-hole that has dogged hardcore Naruto fans is why didn’t Danzo Shimura take over the village? he had ample time to do so after Hiruzen Sarutobi passed away. He had the support of the village elders and the backing of Root, Konoha’s secret black ops unit. He didn’t make a move because of the Hyugas and their mighty Byakugan. Ao, a Hidden Mist Village Ninja, used his Byakugan to detect an illusion was being used to control Yagura, their then Mizukage. Danzo feared that if he used his Sharingan abilities, the Hyugas would detect it instantly and with their massive political and numerical clout, depose Danzo. 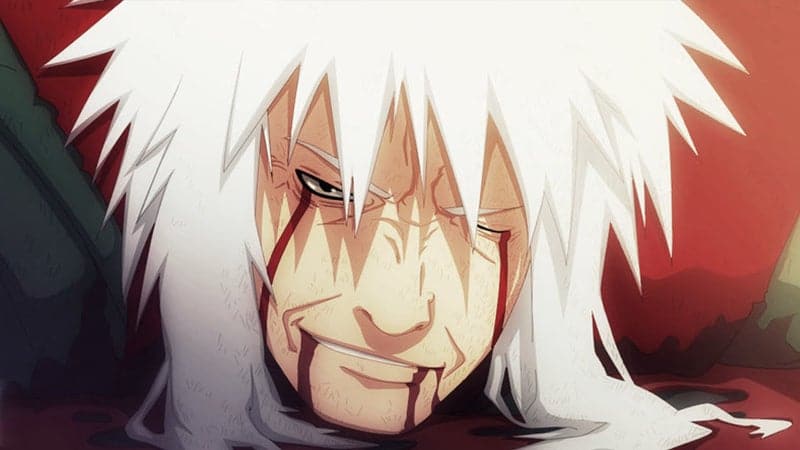 This would be the dream come true for many anime fans. Jiraiya was the best thing that happened to Naruto. He was a mentor, a friend, and Naruto’s closest confidante. He was seemingly killed at the hands of Pain in the Hidden Rain Village. Before dying he had ample time to send a well-written message to his allies. But somehow he did not have enough time to escape. This has led to fan speculation that Jiraiya might have played possum and escaped. Characters have been brought back from the dead without using their DNA in the series. If Jiraiya is indeed dead, bringing him back using the Rinnegan would not be a problem. Somebody has already done it.

Kawaki Is a Clone Of Naruto And Sasuke 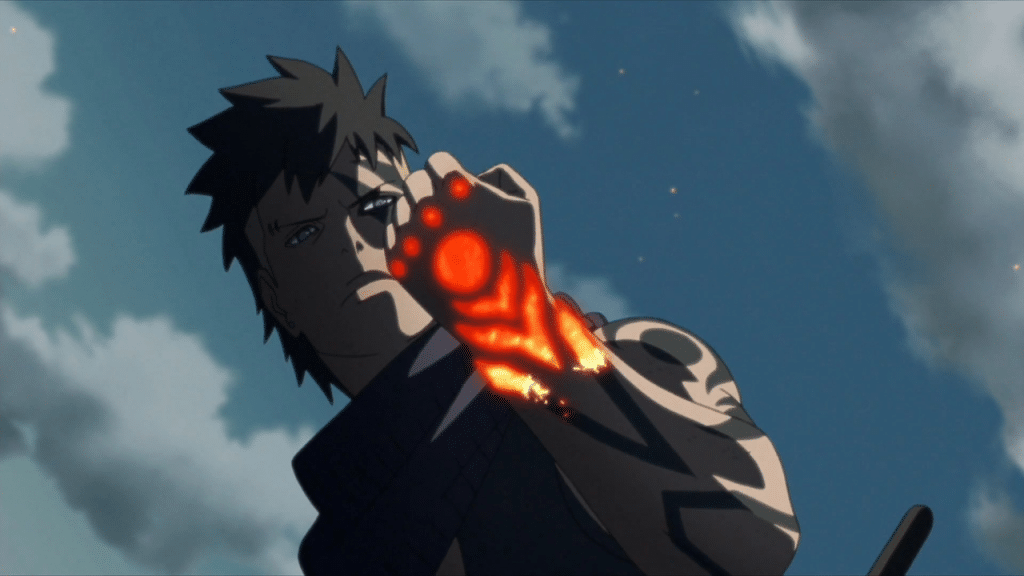 Everyone wants to know who this mysterious character is. Kawaki was experimented upon by Jigen. Despite not being that skilled in regulating his Chakra, he is still a brutally efficient fighter. His origins are still shrouded in mystery. Kawaki’s multi-colored hair has led to the speculation that he is the combination of two fan-favorite characters – Sasuke and Naruto. This theory states Orochimaru created Kawaki from the two legendary ninjas’ DNA. For reasons unknown, Orochimaru didn’t follow up on his subject and Kawaki ended up in Jigen’s care (who was overly eager to take the boy under his wing for some strange reason).