It’s almost over folks. 2021 is almost upon us. A few more weeks and this godforsaken year can be put behind us. 2021 will surely be different. But this will be a tough time/ A lot many people bit the dust. A lot more lost everything to the virus. There’s so much the world could have done if that one lady did not get a craving for bat pudding. Memes have been the sole source of entertainment for many bored souls. The internet is the only thing keeping us alive right now. And it will deliver yet again. We present to you some damn near perfect memes to kill time and help you inch closer to 2020. 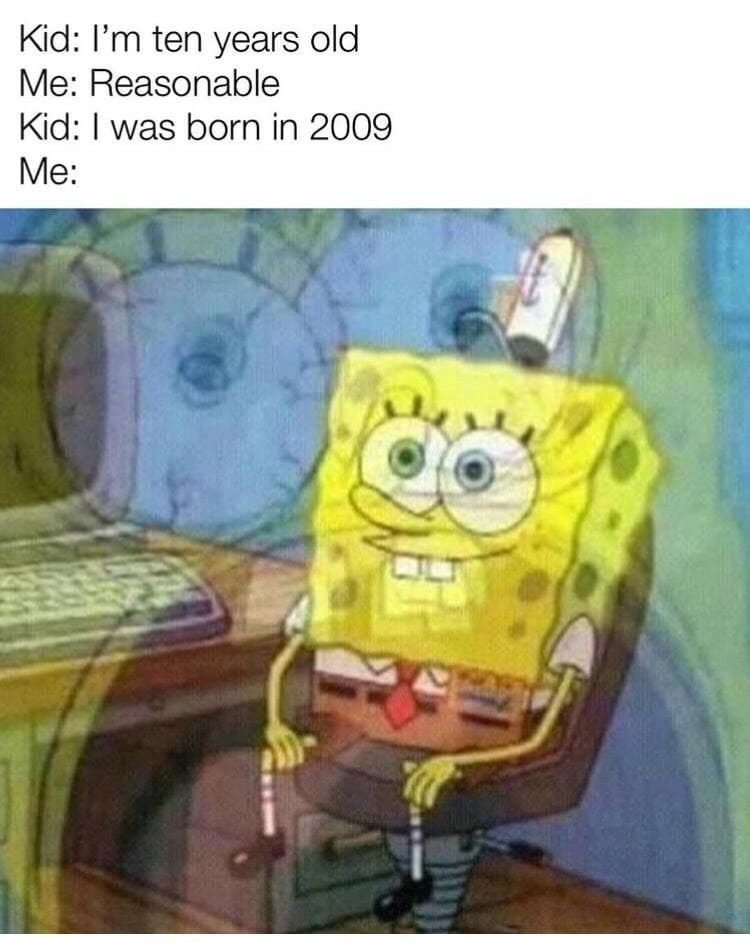 And that is when it hits you. You can no longer suck on a popsicle and call it a day. You have to *gulps* go to work for a living. Gone are those days. The childhood nostalgia hits you like an anvil dropped in a Looney Tunes show. The reality check can no longer get a rain check, It is knocking at your door. Now get to work, you corporate slave. 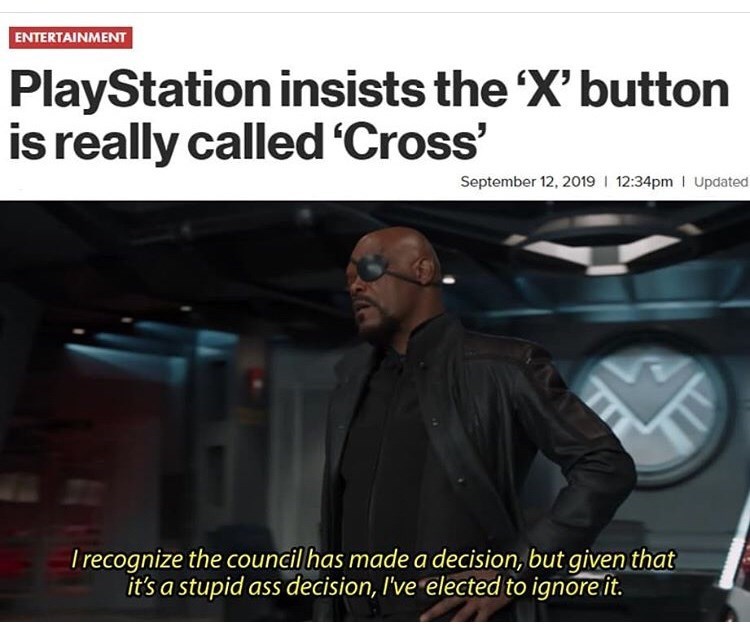 The Sony Playstation is clearly the more superior console. But that does not mean it is without flaws. The heating issues and its large size is only the tip of the iceberg. Why does Sony insist on calling at a cross? Wjhy can’t they just keep it simple for crying out loud? It’s an X Sony. DEAL WITH IT!! 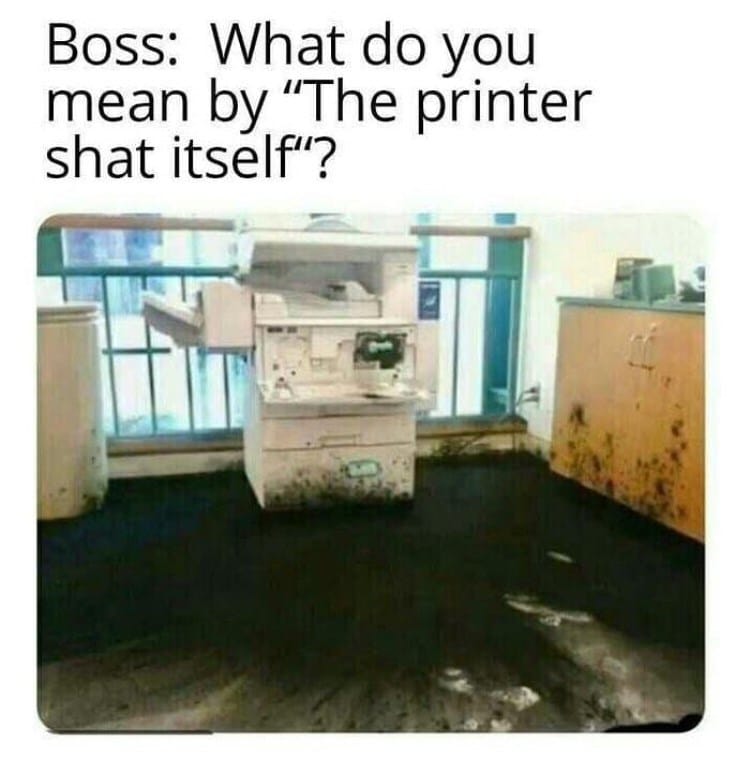 Its exactly what it sounds like. Karen the printer cannot take your bullshit anymore. It has resigned. Now go lick your own damn papers and shit your own damn copies. Mister Printer is going on a long vacation. 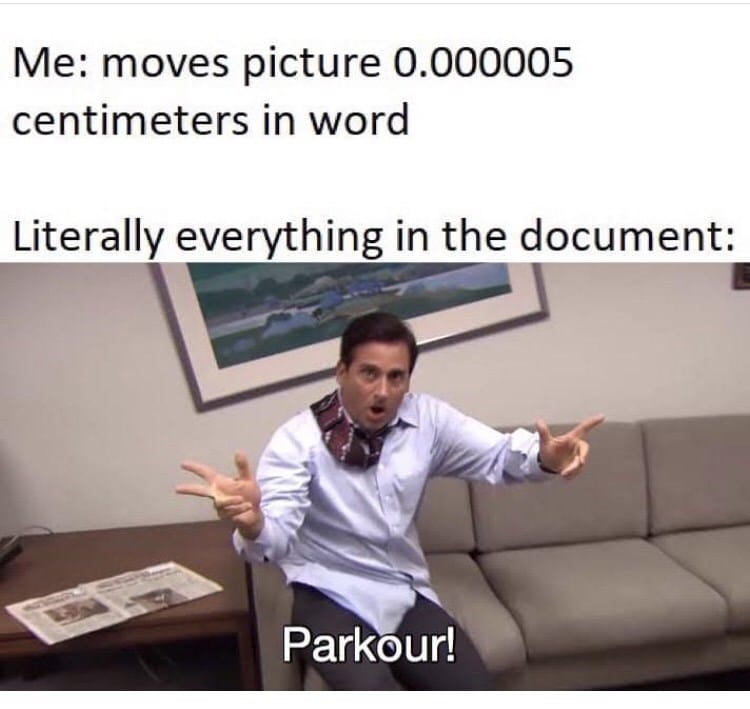 Oh only if we had a penny for every-time this happened. Microsoft is a multi-billion dollar company with hundreds of thousands of developers and scientists that create amazing, life-changing products. And yet they have failed to give us a simple fix for this near primitive problem. Come on Bill we expected more than that from you. Get down your digital high horse for Pete’s sake. 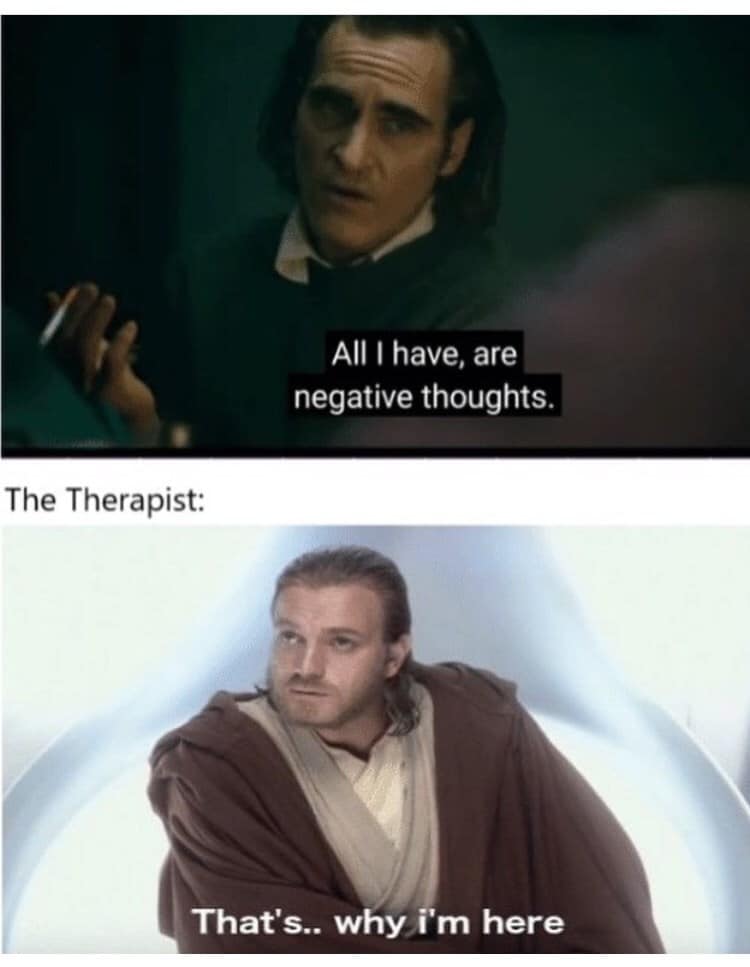 Seriously guys if you are undergoing mental health issues, please speak up. It could be anything from loneliness to outright depression. The only way to address it is keep talking about it to the people closest to you. Don’t let the idiots talk you out of this. You are not crazy. You are a human being. And its okay. 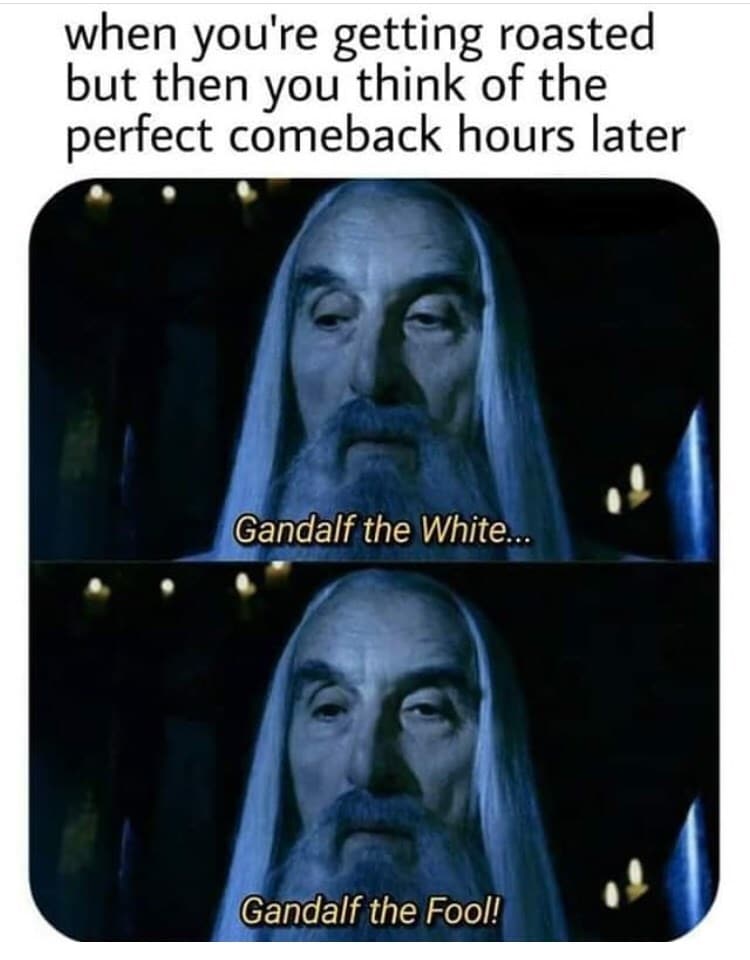 We do not know why but this kind of reminds us of Raymond Holt, the Brooklyn Nine-Nine character. Every time Holt sees Wuntch, this is how he acts like. His comebacks are the lamest but he proudly keeps on doing it every time. Like Saruman, he is totally oblivious and he is lovin’ it. 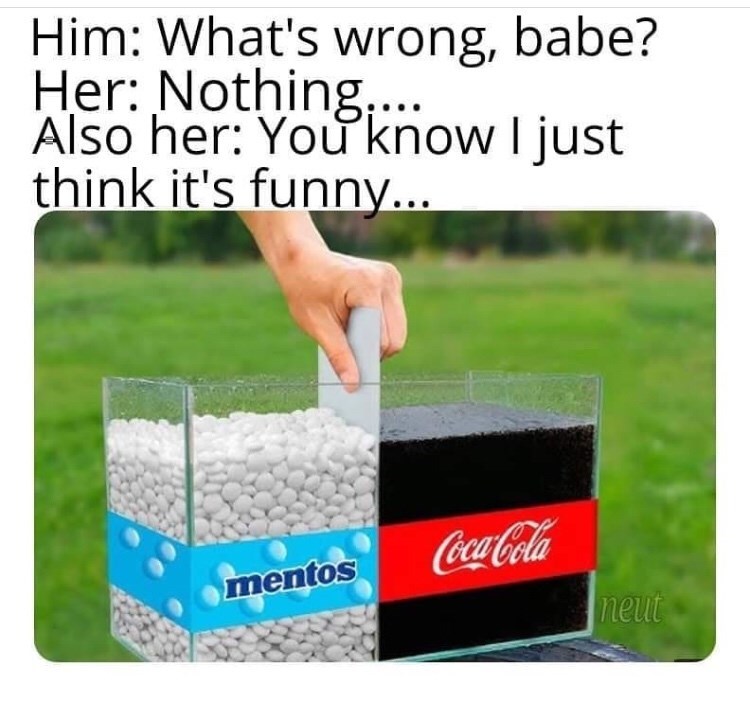 You think nukes are powerful? We implore President Biden to replace all conventional bombs with this Mentos-Cola Bomb. All kneel before the Great Fizz. Kneel or Die peasants!! 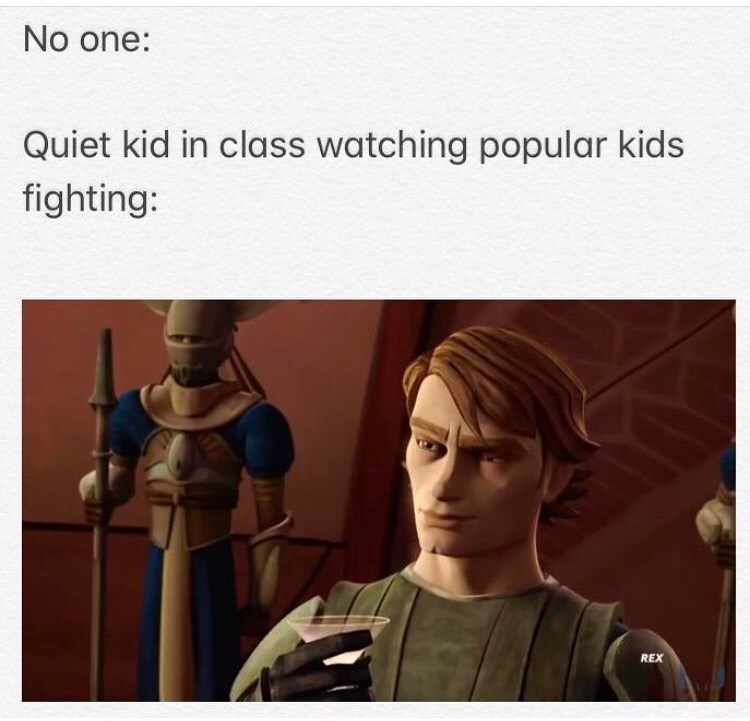 You have to admit it’s quite fun. Observing people and dreaming imaginary situations that may never happen is fun. Quiet kids are closet psychopaths. they dream up crazy stuff. Their greatest days are when things like that actually turn out to be true. Watching a fit-fight from a distance is the best feeling ever.

You May Also Like: 30 dankest Memes With A Serving Of Spider-Man 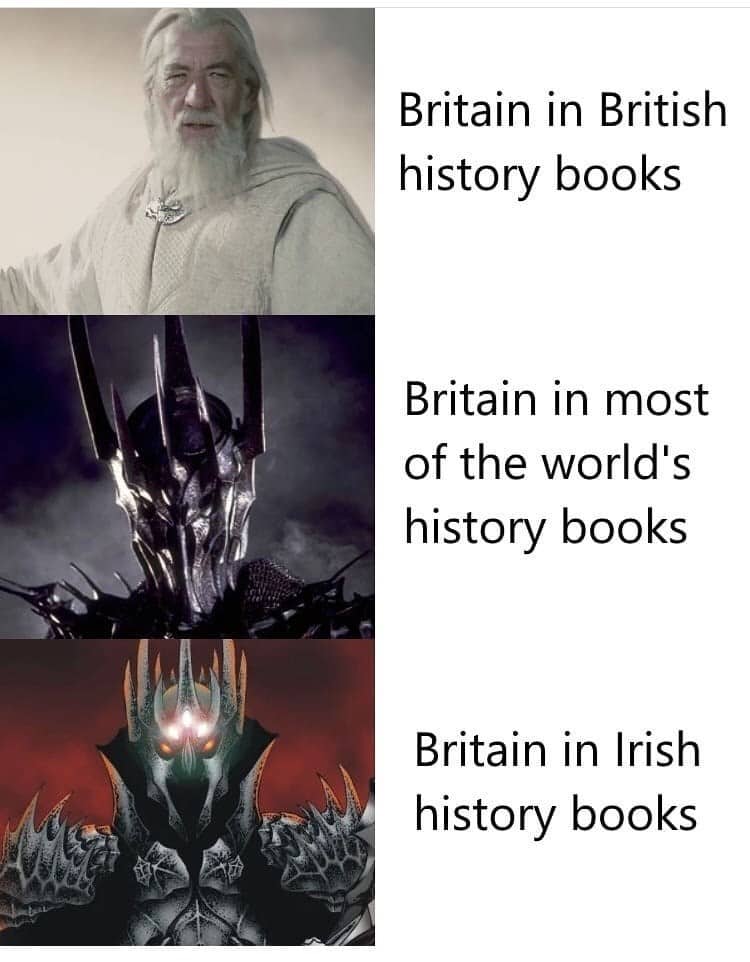 The British are coming. They are coming to white-wash your history books. Apparently, according to them they were the “good guys”. Yeah right and Hitler was a clone of Mother Teresa. The third world countries had the shortest end of the stick. But the Irish hated the British with a passion. Who knows maybe some of them still do?!? Ever heard of The Troubles?? 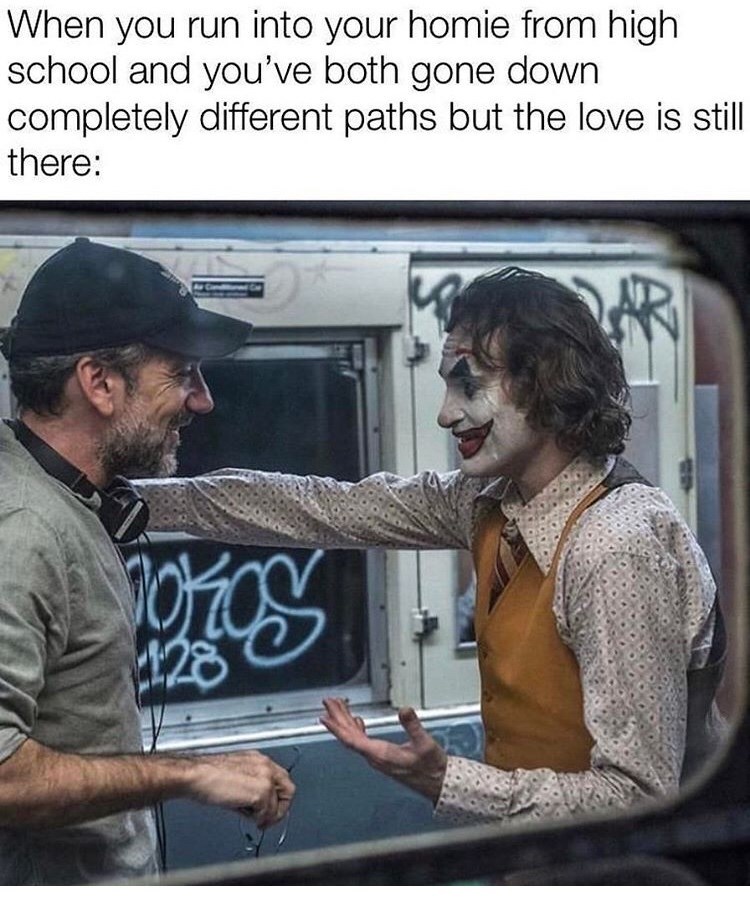 We are just going to leave it out here.