Deadpool is a character that is as complex as it is popular. Since the character was established in the Marvel comics back in early 1991, it has slowly but surely amassed a lot of fans. 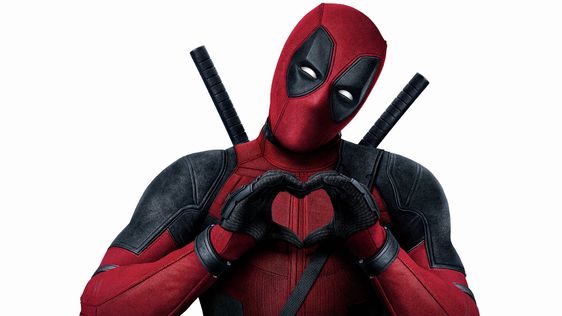 But it was with its feature film adaptation, played by the ever-talented Ryan Reynolds that the character of Deadpool became a name everyone became aware of. Even those who do not read comics! The Merc with the Mouth, as he is lovingly known by most of his fans, reached sky-high levels of popularity with the two movies. And fans are eagerly waiting for the third.

But like stated earlier, the character of Wade Wilson, aka Deadpool, is very complex. There are so many things about the character we don’t know, and it leaves us surprised with mouths gaping wide when we learn something new about him every time. Here are 10 such things that you might not have known about Deadpool (the character as well as the movies):

1. Deadpool and Ryan Reynolds Were Meant To Be. 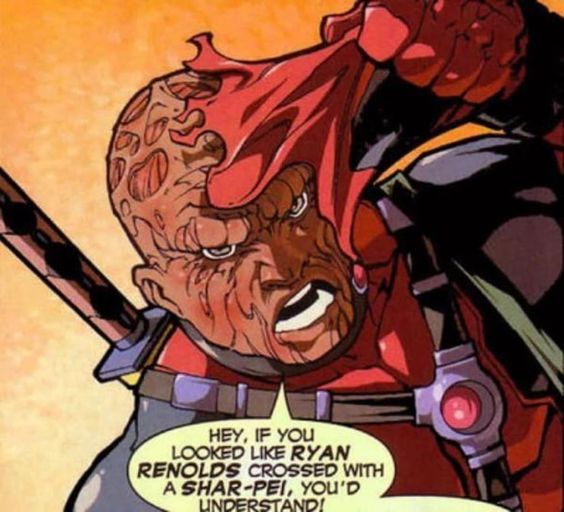 When Reynolds was first offered the role, he says the first comic he read was that very same issue and called it was destiny. “I fell in love with Deadpool. The first issue I opened up, I’m not making this up, I was on the panel. Like in the comic, it said Deadpool was saying… I look like a cross between Ryan Reynolds and a Shar-Pei. And I was thinking, “Jesus, this is f*cking destiny.”

2. Deadpool Once Killed Everyone In Marvel Universe, Including The Writers! 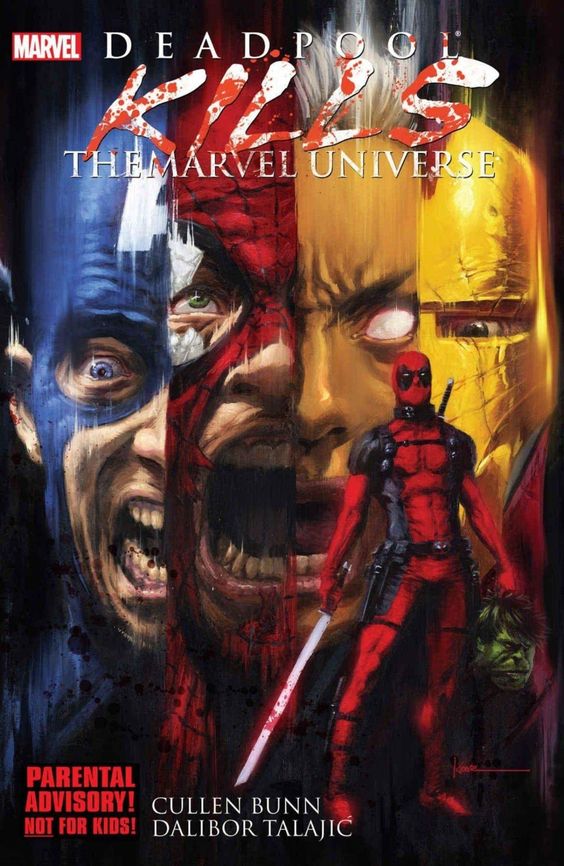 Hello Fourth-Wall break! Deadpool has been seen doing that quite a few times – both in comics as well as in the movies. But there was once an instance where he even killed of the very writers of the Marvel comics? Yeah! That happened, and we aren’t even kidding!

Marvel has on a couple of occasions decided to wipe their whole universe coz one of their characters went complete OP. And this is something that happened with Deadpool as well. Gerry Duggan, one of the writers for the Deadpool comics had the Merc kill him off at the end of the comic series after his run as a writer came to an end. Additionally, this wasn’t the first time this had happened!

3. Deadpool Has a Sidekick. But Sorry Dopinder, It’s Not You. 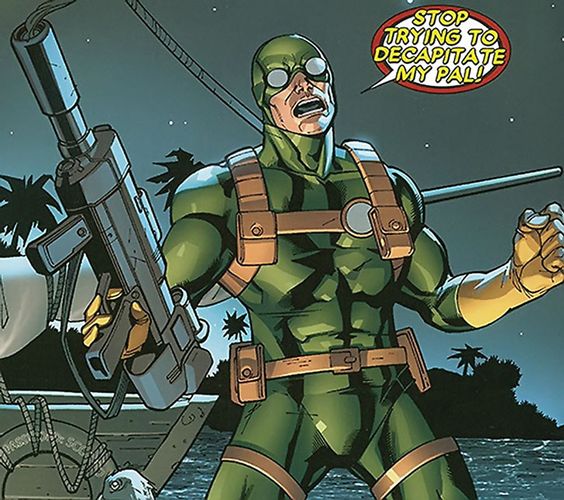 In the two Deadpool movies, we meet Dopinder, the very cute, but somehow completely bonkers taxi driver played by Karan Soni. And for a non-powered, complete human character, he serves as quite the sidekick for the Merc with the Mouth. But did you know that Deadpool actually really has a sidekick in the comics? And you’ve actually met him in the movies!

Bob, is Deadpool’s trusted sidekick from the comics. We see him in the movie when the final fight scene begins. But in the comics, Deadpool meets him at a Hydra base, where Bob had taken up a job for a steady paycheck and health insurance. When Deadpool storms the base to rescue Agent C, he somehow manages to get Bob to help him, and that is the start of their adventurous friendship. 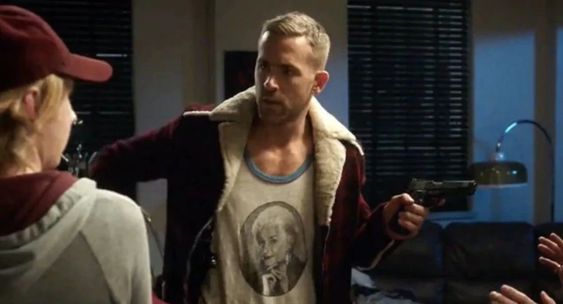 The character of Deadpool from the comics has always been a big fan of Golden Girls actress Bea Arthur. Ryan Reynolds was seen paying a tribute to the actress in the movies when the actor wears a shirt with the actress’s face painted on it. Even if fans might not have noticed it, he was quite adamant about getting to wear it.

The actress’s son, Daniel Saks who is a set designer told a media source that Ryan asked permission to be able to wear the t-shirt with their mother’s face on it, and Daniel and his brother Matthew agrees. The actor paid $10,000 to a chosen charity chosen by them, but it didn’t matter to the ac tor as long as he got his permission.

5. Deadpool Is Immortal. Thanks, Mad Titan! 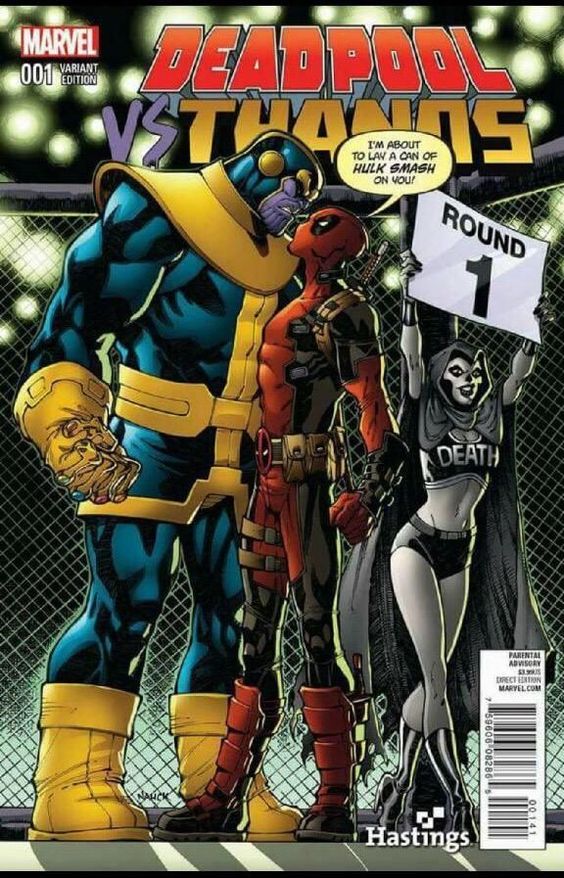 Deadpool has ‘dead’ in the name, but it is quite difficult for people to actually kill him. I mean, he grew a whole body out of his head, even when it was severed from his body. But that didn’t make him immortal until the introduction of Thanos in the comics. We all know Thanos snaps half the universe, but unlike the movies, he doesn’t do it for humanity and resources, but for love!

Yes, you got that right! Thanos is in love. With Lady Death. And to please her, he kills half the universe to expand her domain, but somehow his plan backfires. Lady Death ends up falling in love with Deadpool, and even Deadpool seems to have the hots for her. Seeing this, the mad Titan goes madder and curses Deadpool to eternal life so that he can never die, and he and Lady Death can never be together. 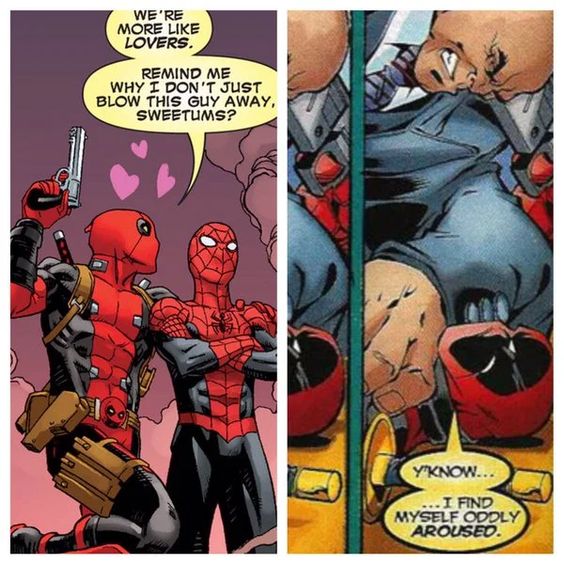 Wade Wilson has always identified himself as pansexual, even though he has never had any relationships that would cement the claim. Sure he has flirted with Thor, Wolverine and even Spider-Man (Just go to some fan fiction website, and there are tons of slash stories on all things Wade Wilson and Peter Parker or Logan), but every relationship he has had failed to prove otherwise.

Deadpool co-creator Fabian Nicieza said “Deadpool is whatever sexual inclination his brain tells him at THAT moment. And then the moment passed.” Gail Simone, who has also written for the character on and off for almost 12 years also wrote some similar, saying – she “always thought of Deadpool as pansexual.”

7. Deadpool Was Originally Written As a Parody To DC’s Deathstroke. 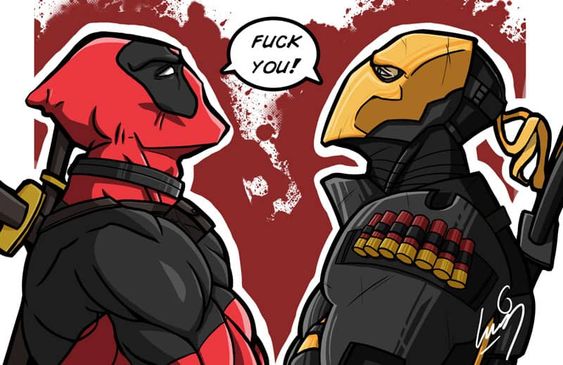 Marvel and DC have been ripping off of each other for decades. Marvel even has a whole Justice League of their own with Superman, Batman, Wonder Woman, etc which they named Squadron Supreme. So it comes as no surprise that even Deadpool might be a parody of another DC character.

The parody is for none other than DC’s Deathstroke, the mercenary who serves as a supervillain for the Justice League members, but mostly belongs to Batman’s rogue gallery. From their costume to their names (I mean come on Marvel – Slade Wilson to Wade Wilson didn’t even take a second!) to their penchant for killing, it’s quite the pairing. 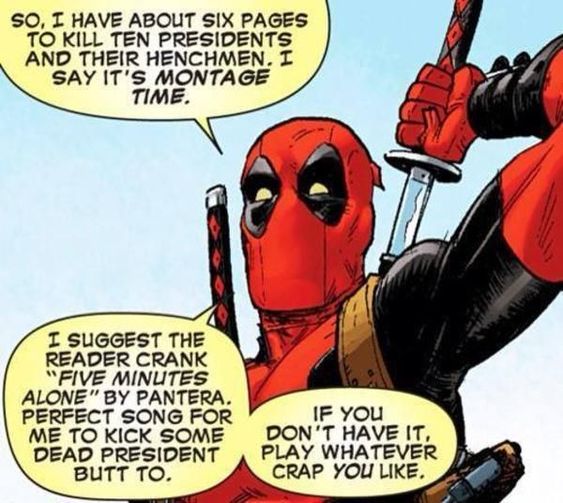 Deadpool has been breaking the fourth wall since before readers were completely aware of what that actually meant. He knows well that he is a comic book character or a character in a movie, and is seen talking directly to the audience on multiple occasions. He even uses this ability to read Deadpool comics to help him fight his enemies. I mean, how cool is that?

He does this by having a really unique and really cool superpower called “Medium Awareness.” It happens when he is accidentally transported to the Foundation of Reality by the Beholder. He finds out he is a fictional character, but says he somehow always knew that subconsciously.

9. Deadpool Budget Got Cut Two Days Before The Start of Production. 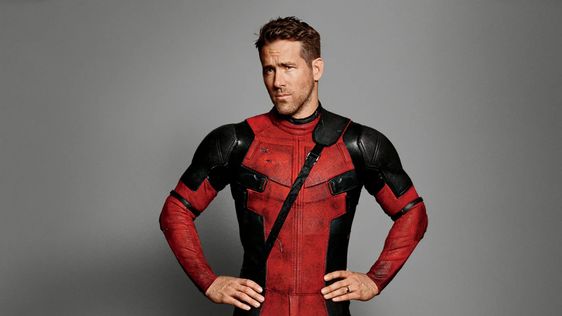 It took Ryan Reynolds almost 11 years to get the Deadpool movie made. And even then it was only after a footage was “accidentally” leaked, that the studio gave the green light on finally starting production of the movie. Unfortunately for them, their hardships were not yet over.

The budget was cut again 2 days before the shooting was to start. The team decided to have Deadpool to forget his bag of weapons in the taxi before the final fight, to accommodate the new budget as well as to add some comic relief to the movie. 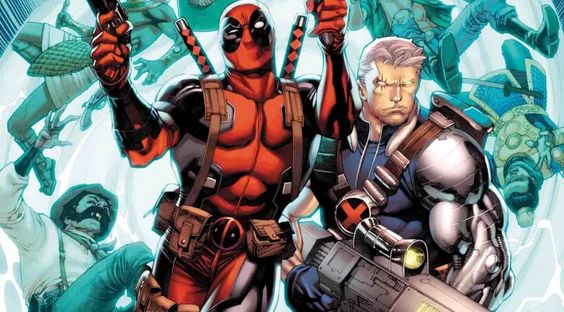 The character of Deadpool has many cool superpowers, one of the most interesting ones being he can grow body parts anew. But another very cool superpower that the mutant has is his ability to teleport, although that is not entirely on his own!

In one instance, Deadpool and Cable merge together in the comics, which gives him the ability to teleport himself. He can do it either way – by teleporting both himself and Cable together. Or by only teleporting himself; but Cable reaches him within split second and merges back up with him.