Everyone loves Wonder Woman. But there are certain aspects about her character that make absolutely zero sense in the DCEU. Here are a few of those.

The Reason She Could Not Take Down Superman Is A Mystery 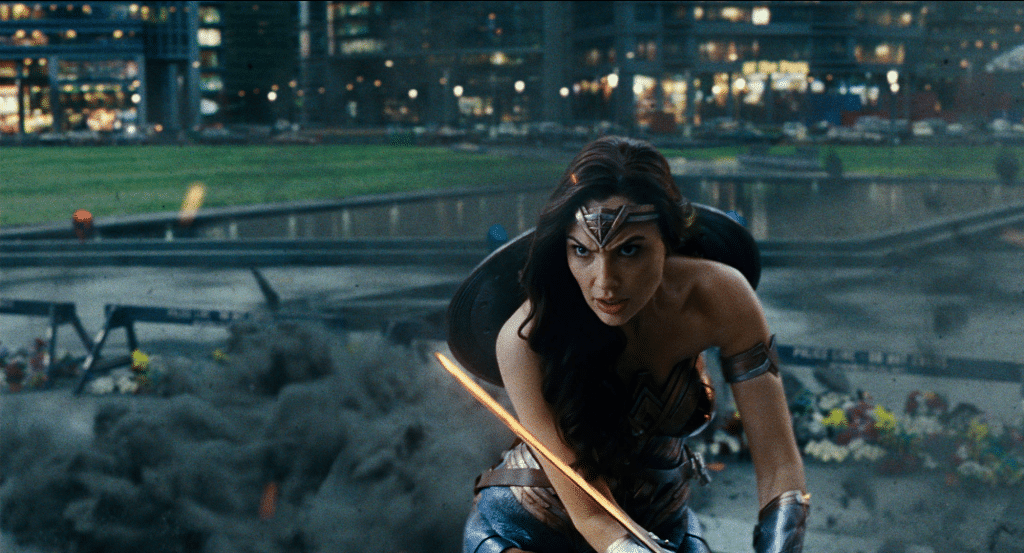 She was a divine living weapon forged by the Gods to kill other Gods. Wonder woman is a force to be reckoned with. In the first Wonder Woman movie, it is revealed that Diana had been holding back all along. When she unleashed her true powers, not even the mighty Ares could withstand her blows. And that’s exactly why fans are puzzled why she didn’t manage to hold her own against Superman. Diana was probably holding back since Clark was a friend. But when things went south, she could have easily matched Superman in terms of raw power since she is the Godkiller. She never did use that power. Even with the Justice League aiding her, she failed to stomp over Superman. That kind of makes no sense. The DCEU gave her a massive nerf for Justice League.

She Has Amazing Social Skills Despite Having No Friends 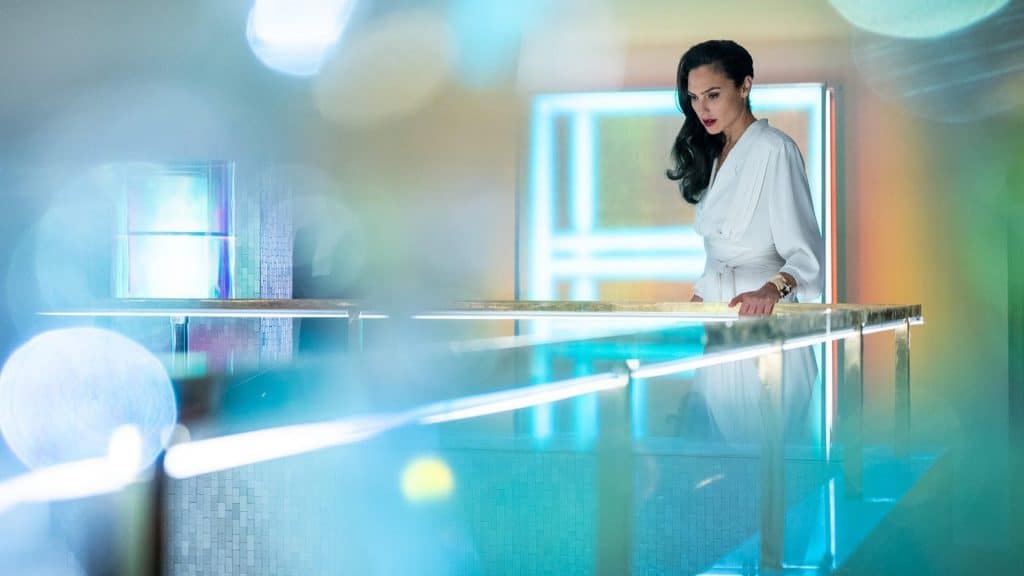 Wonder Woman has lived a long life. She has learnt her lesson in the hardest way possible. Her friends are mortal and will one day leave her. So it is not the right call to start knowing people personally because it would be just as hard to let them go when their time comes. As a result, Wonder Woman has steeled herself, not making any friends. Here’s the catch – Diana is such a pleasant personality around people. She has vowed to not make any allies but she possesses some incredible social skills. She is literally an immortal introvert who has lived all her life trying to push people away. How does that make her into a people person is beyond us!1 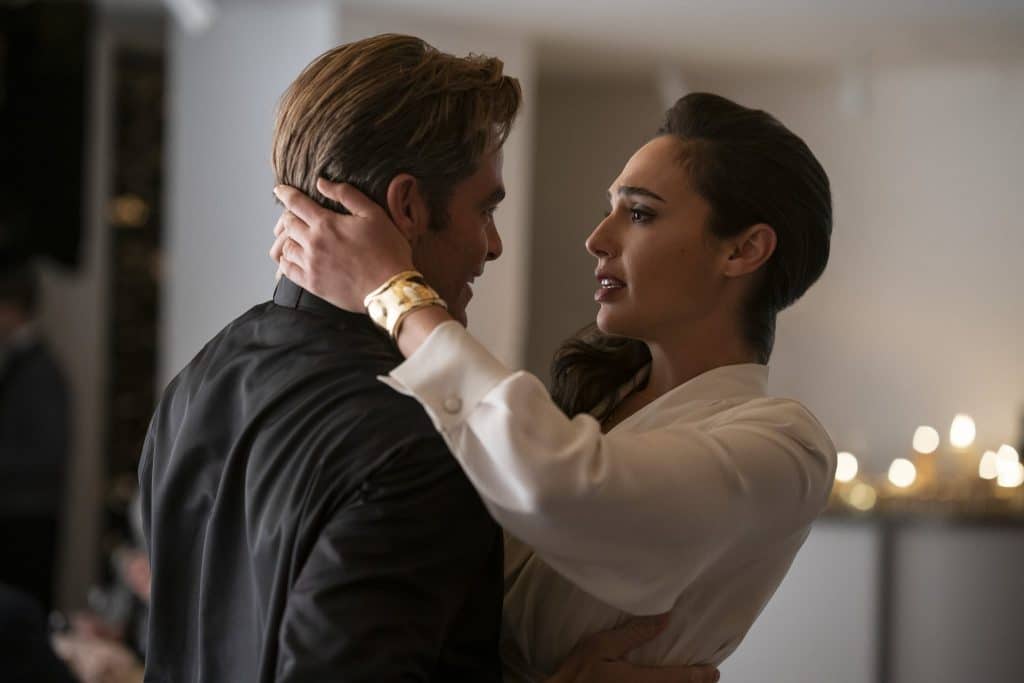 In Wonder woman 1984, Steve Trevor’s spirit returns from the dead and possesses an innocent man’s body. When the time comes for Diana to make a decision to let him go, she renounces her wish. This goes everything against what Wonder woman has stood for. Diana represents a nurturing personality of benevolence. she is all about selflessness, something that Steve Trevor taught her with his final breath. Diana letting Steve’s spirit occupy an innocent bystander’s body without even thinking about the man who got possessed in the first place is wrong. Of all the people, she should have been the first one to point that out.

You May Also Like: Wonder Woman 1984: The Sweet Cameo Of Gal Gadot’s Family You All Missed

Why Does She Stick To The Shadows? 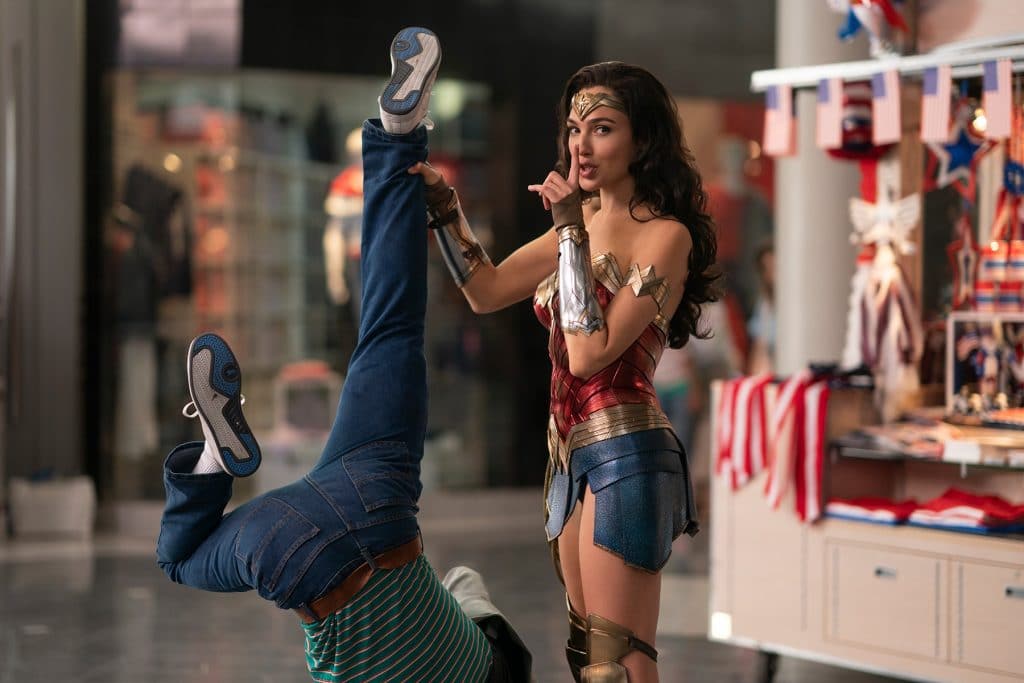 After the role she played in Wonder woman in World War One, Diana decided to take a step back and stick to the shadows. She realized the world should be let run its course. There are some things she needs to learn and the world needs to learn by themselves. Wonder Woman 1984 changed that ideology. She had decided not to be a part of World War Two. But she was there just a few decades later back in the spotlight. This again contradicts her philosophy in Batman V Superman: Dawn Of Justice. If she was going legit again then how come she was still clinging to the shadows in BVS, not ready to show herself to the world again?

Her Acting Like She Never Had Any Closure With Steve Trevor 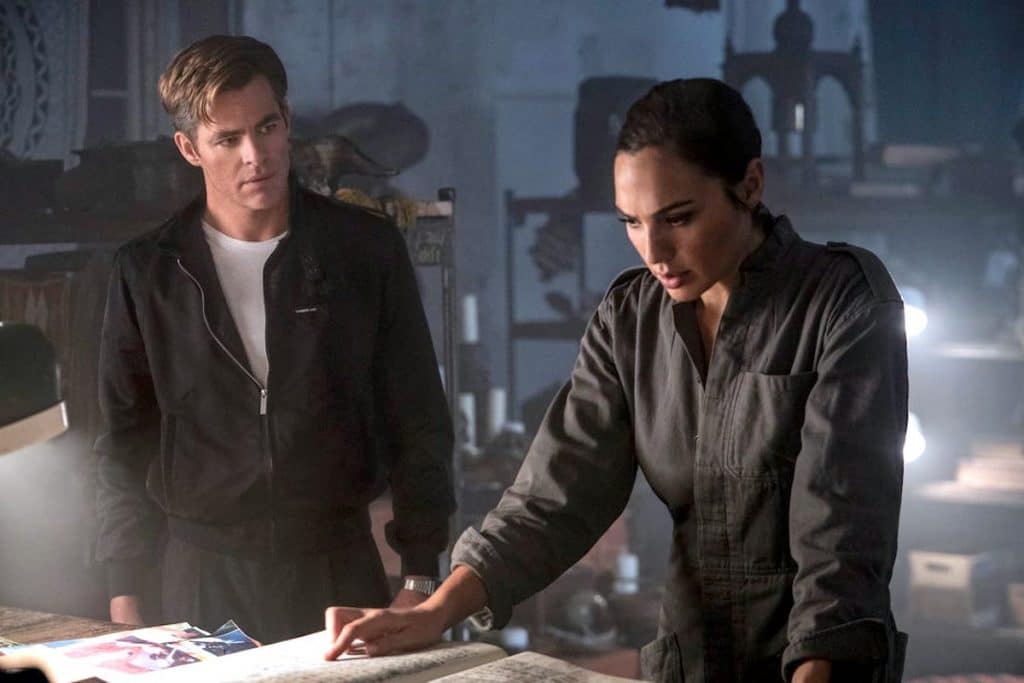 This is yet another contradiction that the DC Extended Universe failed to answer. In Wonder woman, Steve Trevor gave up his life to save the day. Wonder Woman revealed that while she was talking to Bruce Wayne. She acted like she never got to say goodbye. She never got the closure we all thought a gem of a woman like her deserves. And then Wonder Woman 1984 happened. Diana spent a considerable amount of time with Steve. Both finally got to say their goodbyes and part ways. Why would she lie about that to Bruce Wayne? What was she trying to achieve with all this hubris?

Where Did The Asteria Armor Go? 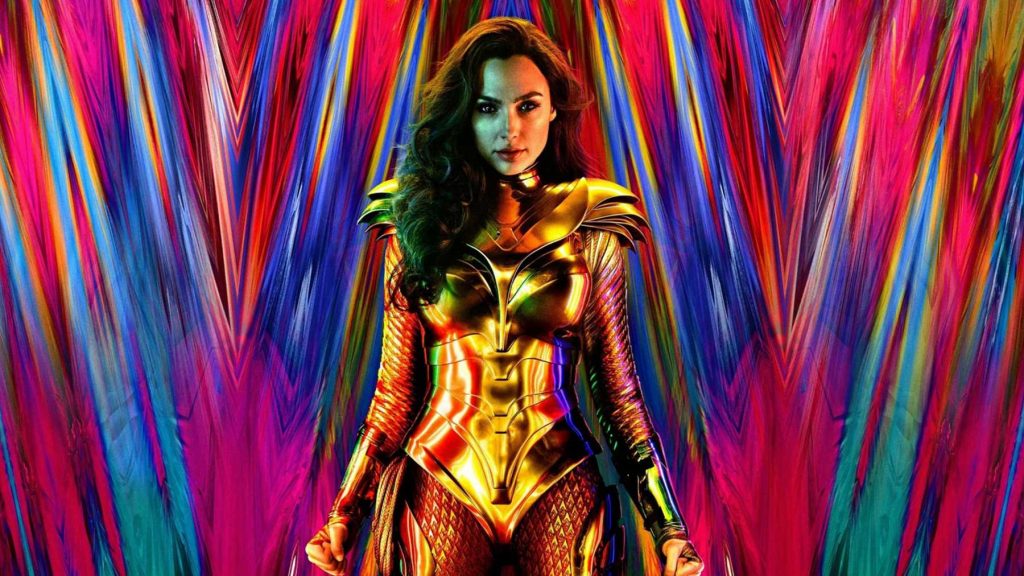 we have to admit Gal Gadot looks badass in the asteria armor. The Golden Eagle suit from the comic books was used against Cheetah. After it was partly damaged, Wonder woman left it behind. But most parts of the armor were still left intact. The armor, for most parts, was salvageable. There was no reason for wonder Woman to leave it behind. It could have turned the tables when Diana fought the resurrected Superman or Steppenwolf in Justice League. Considering the value of the asteria armor, it was foolish to not salvage it and repurpose it for being used again.

Her Reason For Feeling Out Of Place In Themyscira Was….Stupid 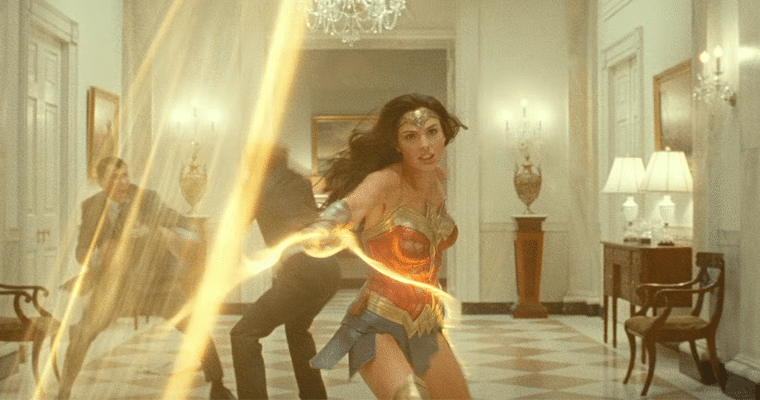 Diana reveals that she has always felt like an outsider in her homeland. Themyscira is an island full of powerful warrior women. As an immortal Godkiller who has spent all her life learning and honing the ways of ancient combat, Diana should have felt right at home. When she finally met Steve Trevor, Diana was almost by herself. She had no friends. Diana should have been the center of attention on the island. Why was she an outcast? the amazon warriors of Themyscira devote their lives to attaining more power. Wonder Woman stands at the very zenith of that. They should have been worshipping her, not shun her. 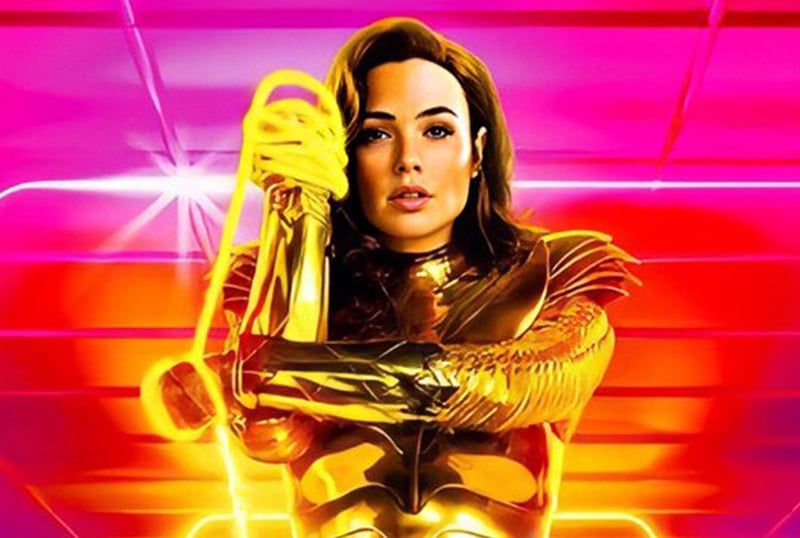 She was not just schooled and trained in combat. Diana was taught to hone her mind too. taught in a variety of disciplines written by great authors, she had the time to study the man’s world from men’s perspective for hundreds of years. Yet when she finally made it to Man’s World, she proved to be extremely naïve. She took every person’s word on face value. She would have trouble interpreting gestures and actions. To top it all off, despite studying the world for so many years, she still believed like a child that she could end all of the world’s problems by herself.

Also read: Will Wonder Woman 1984 Have a Post Credits Scene? 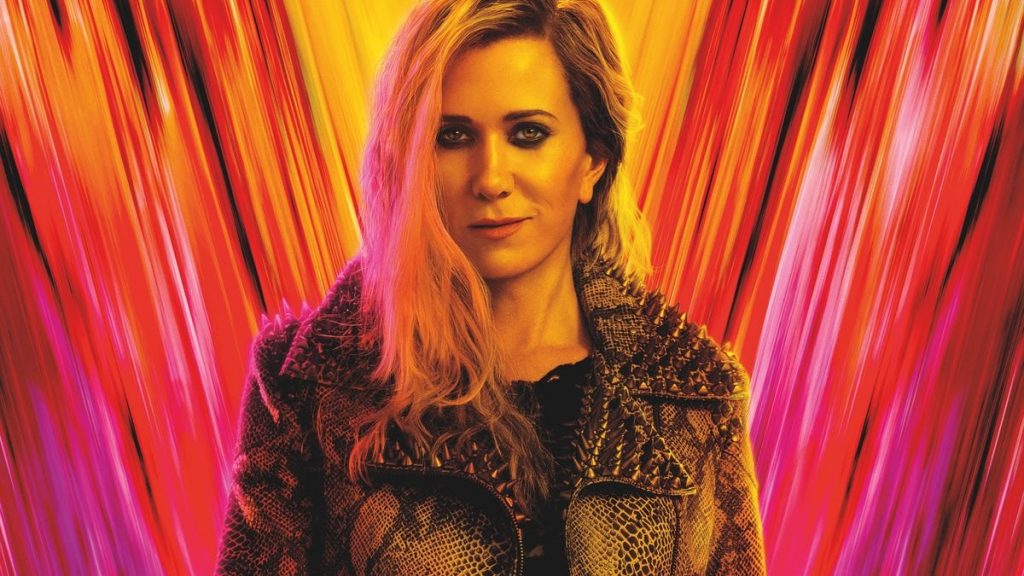 There can only be one Godkiller. It’s not something that can be passed down from one person to another. It’s not a mantle. It’s a moniker that will always be Diana’s. When Barbara wished to the Dreamstone that she wants to become more like Diana, it should not have been possible. She basically became a Demi-God just by wishing it to the Dreamstone. Things escalated when Maxwell Lord gave Barbara Ann Minerva more powers via the Dreamstone, turning her into an evil, equally powerful version of Diana Prince.

Why Does She Dodge The Bullets? 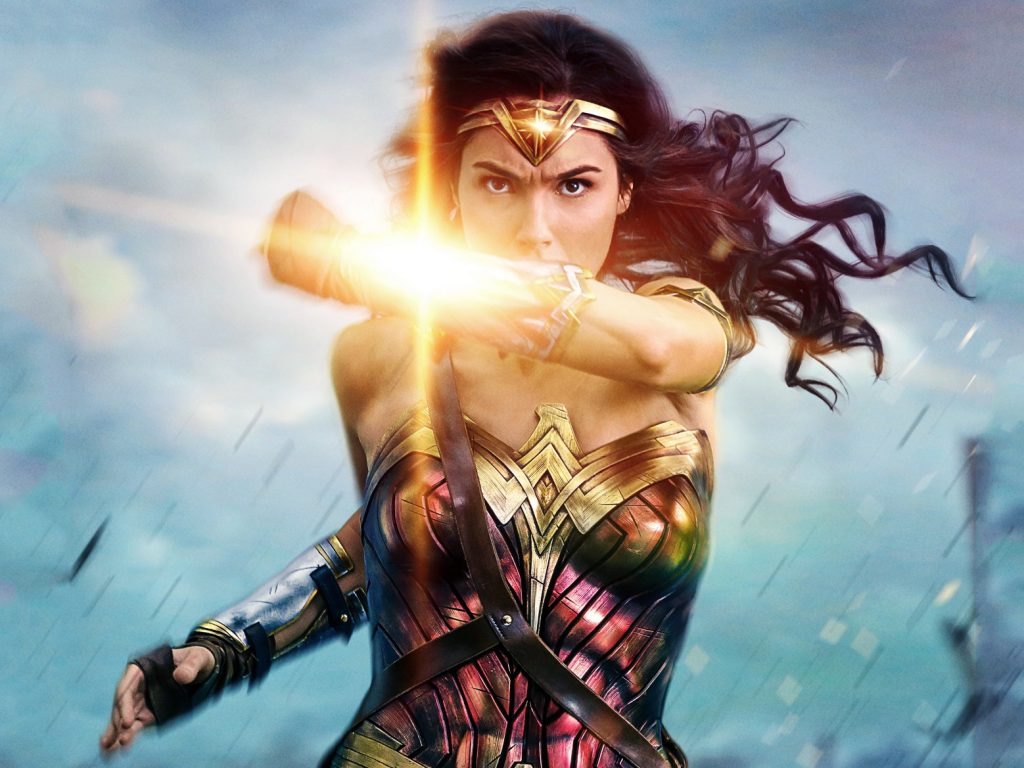 This is a woman who has taken hits from beings like Doomsday and Steppenwolf. And those were blunt force hits that more or less packed the force of a small nuke. She shrugged them off like it was nothing. And then the DCEU shows us that somehow bullets are able to injure her. Unlike Superman who just swats bullets off of his chest, Diana has to use her bracelets to deflect them. On other occasions, she makes sure she dodges the bullets the bad guys fire at her. isn’t that way too redundant?