Naruto is hands down one of the most popular anime series of all time! It has some unforgettable characters and fantastic worldbuilding; so it isn’t surprising to know that fans would feel inspired to make their own original Naruto Characters. Many talented artists have created some OC Naruto Designs that are too cool to exist. They have even included in-depth bios about their characters, clans and jutsu types! Here are some of the most incredible Naruto Character Designs! 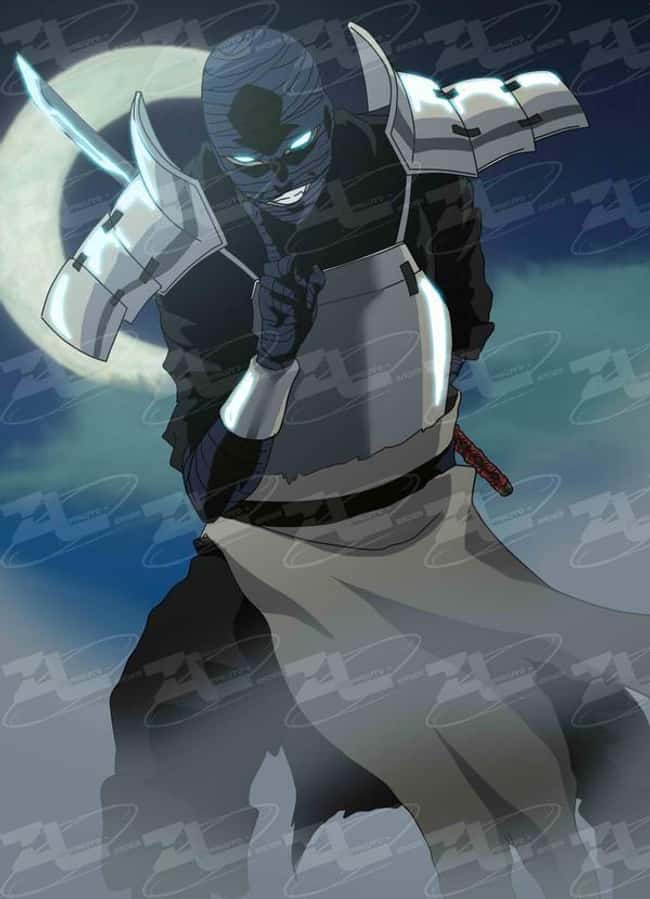 Artist Zanpakuto- Leader has created the character Hush who is inspired by the Batman Villain. He is depicted as a mysterious shinobi with an unknown agenda. 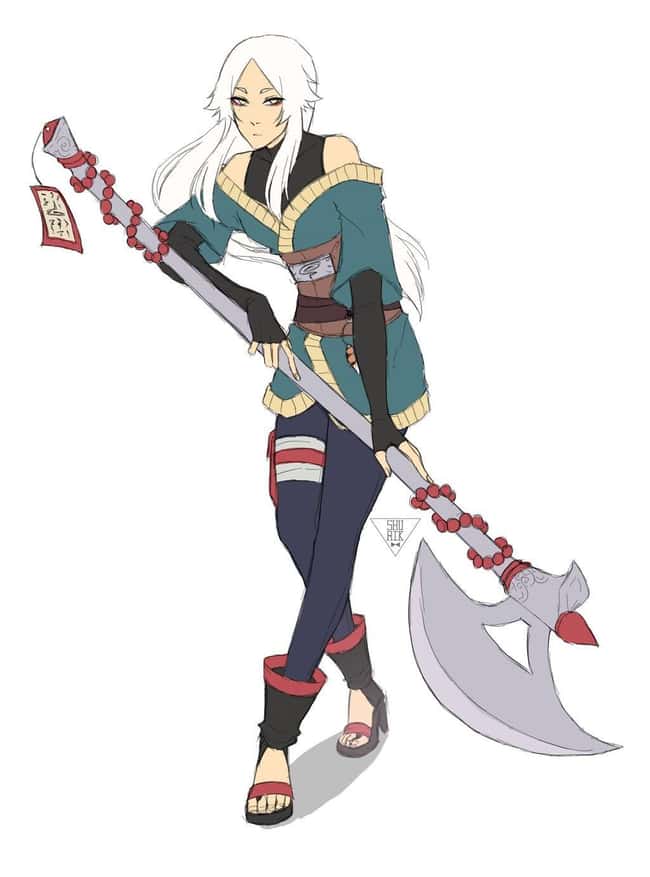 Artist Shurtsella created  the character Himeji Yakugura. The artist imagines her as a Jonin from Utogakure. 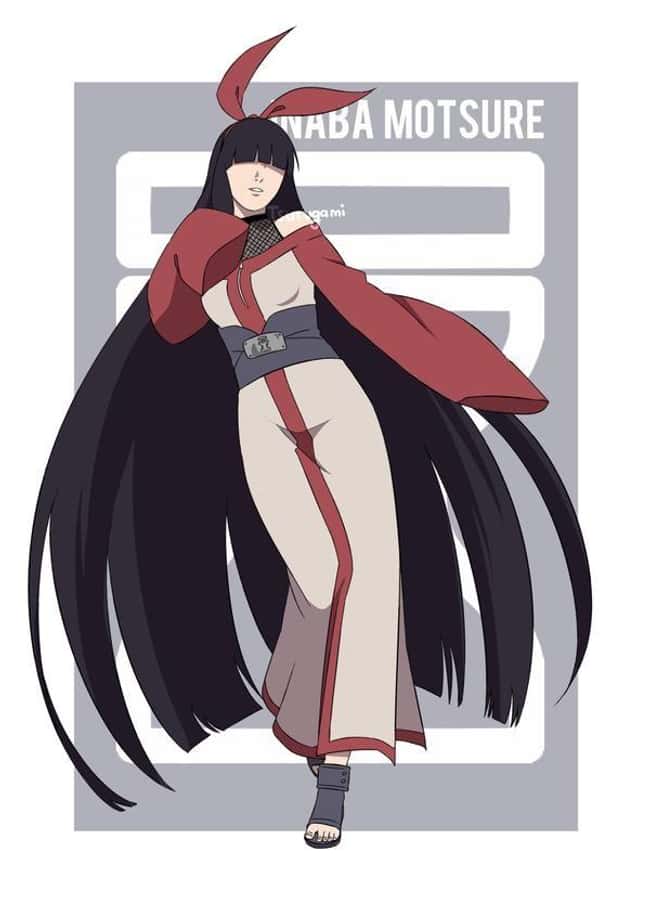 Artist Tsurugami  created the character of Inaba Motsur. She is imagined to be a Chunin from Sunagakure which is the Hidden Sand Village. She is someone who is able to manipulate her hair with her chakra. Additionally to the same, she is also the medic on her team!
That is such a cool power! 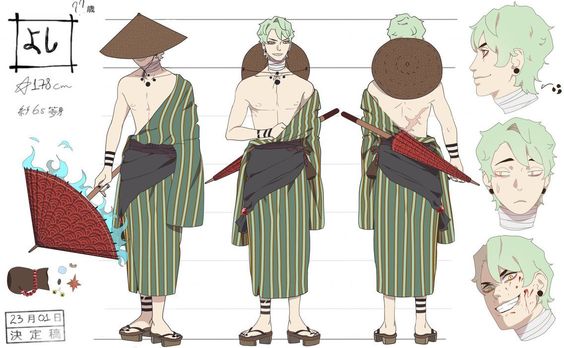 Artist Shisaireru created the character of Yoshi. He looks extremely cool and mischievous, but is a comedic character who would fall into traps coming up at every turn. He is depicted as a travelling shinobi who collects and sells rare stones and scrolls. 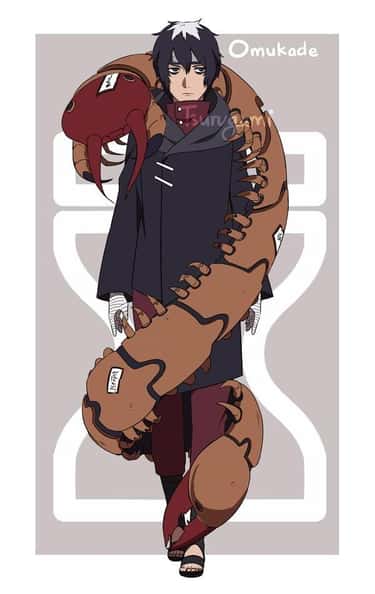 Artist Tsurugami created the character of Omukade.  He seems to be inspired by Gaara; as there is a lot of resemblance considering the dressing sense and the dark circles! Omukade is a Chunin from Sunagakure aka the Hidden Sand Village; just like Gara. He uses a giant centipede puppet as his weapon. 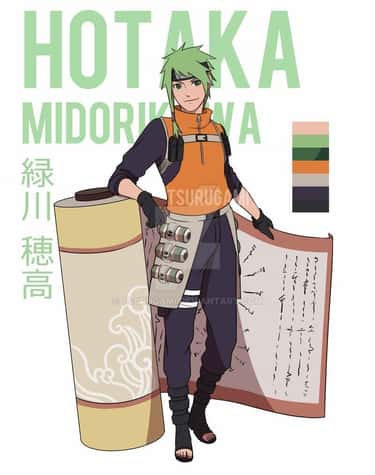 Yet another fantastic piece from Artist Tsurugami who creates Hotaka Midorikawa. He is a Chunin from Konoha who specialises in water elements Ninjutsu and Buijutsu. 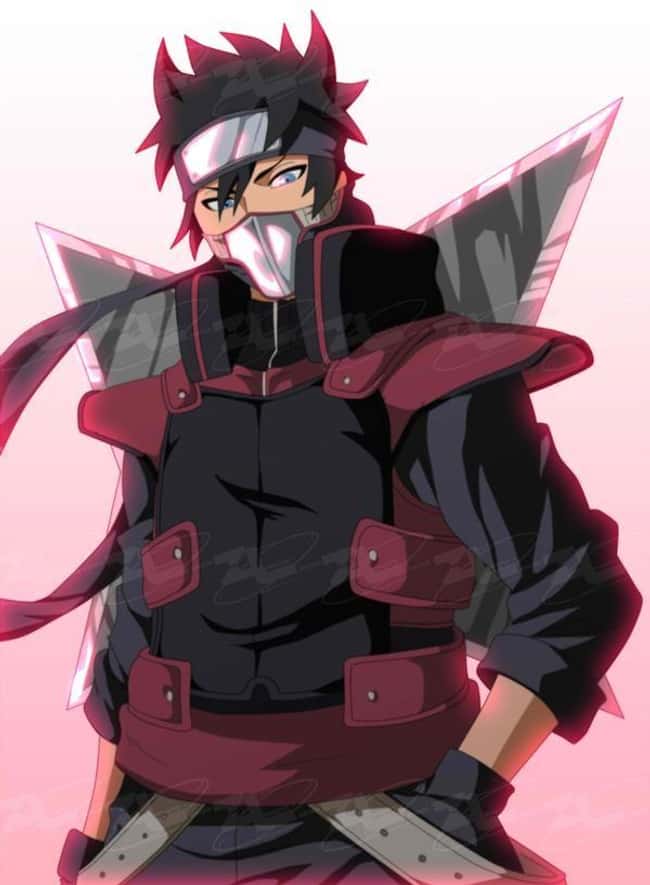 Artist Zanpakuto- Leader created the character of Bat-Mite. The artist seems to be a fan of both Naruto and Batman as the only information provided about the character is that Bat- Mite is their code name. 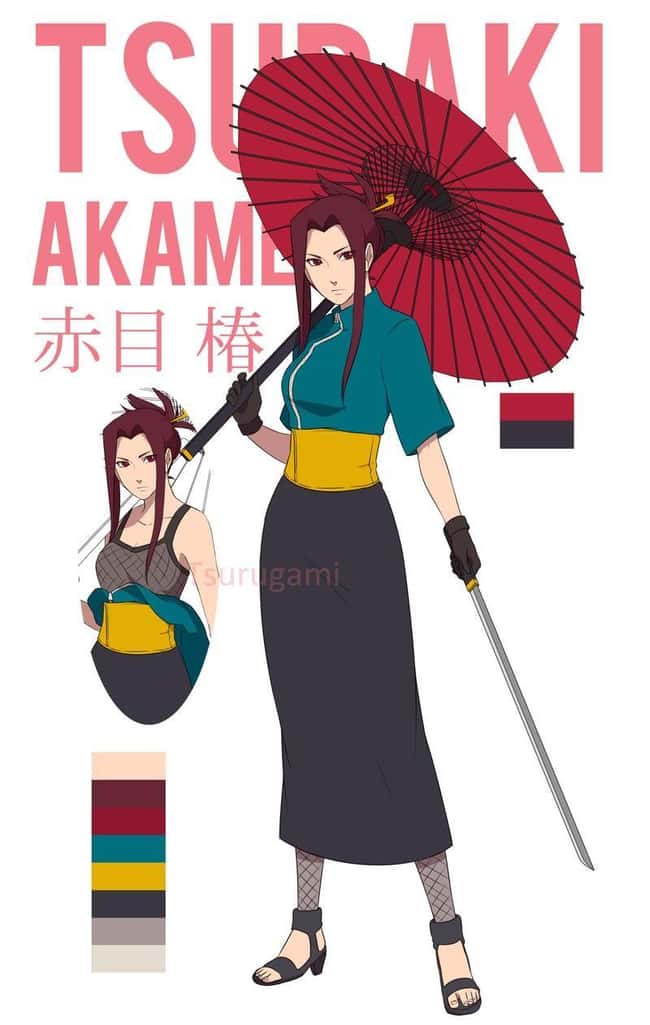 Artist tsurugami created the character of Tsubaki Akame. She is depicted to be a Jonin from Konoha who uses an umbrella sword and (no surprises) specialises in Steel Release. 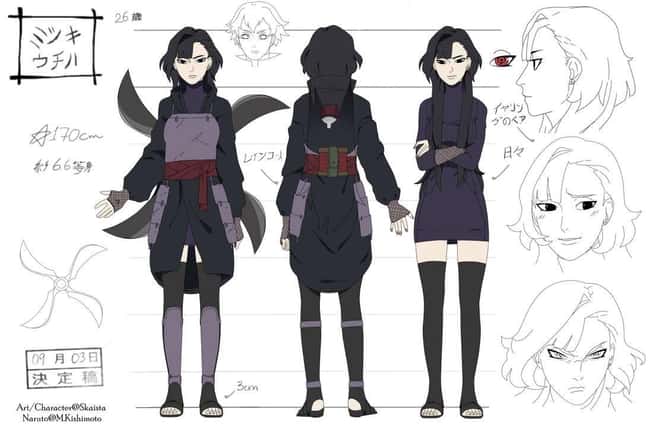 Artist Shisaireru created the character of Mitshuki Uchiha.  She is imagined as one of the last remaining Uchihas from Konoha. And her strength is her insistence; while her fear is seeing a loved one die and not being able to save them. 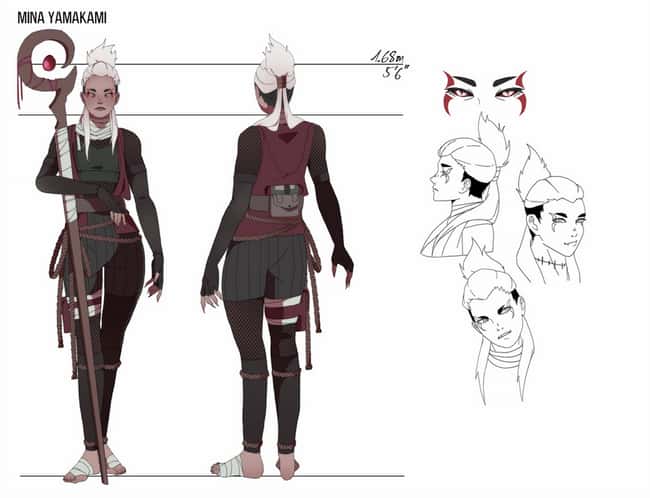 Artist Xravas creates the character Mina Yamakami. She is depicted as a Genin from Oraragakure aka the Hidden Northern Lights Village. She is a cold and is a woman of few words. She uses her staff as a focus point for her genjutsus.