The Marvel Cinematic Universe has evolved to be a cinema industry behemoth. It has helped the firm recover from financial disaster to become one of the most successful franchises in contemporary history. The Avengers and their associated assets are among the most valuable and sought-after intellectual property in the world. The new What If…? series represents the company’s expansion. Its finale was recently released, and it was incredibly spectacular. The relationship between Peggy and Natasha was the most intriguing thing that people took away from the closing episode. Thus, we at Animated Times have compiled a list of how fans responded to Peggy and Natasha’s romance. Sounds interesting? If yes, then let’s hop into the list right away and see what these responses are!! 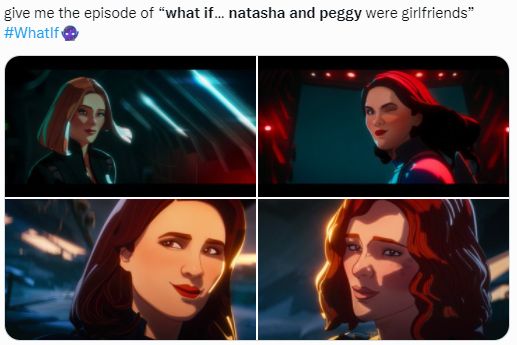 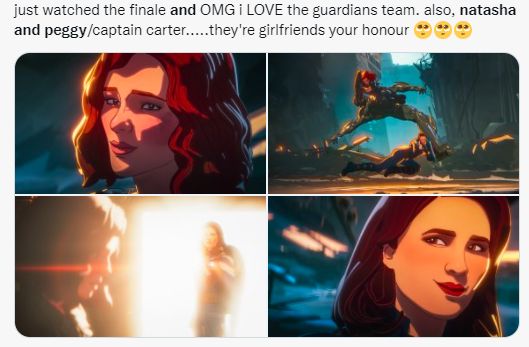 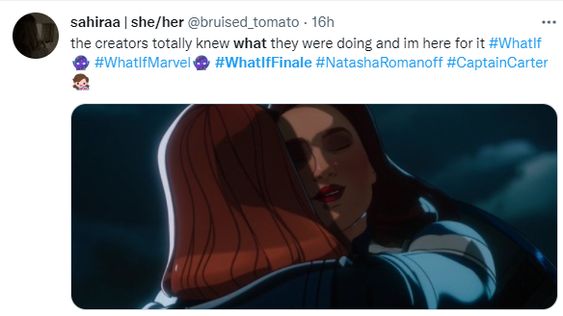 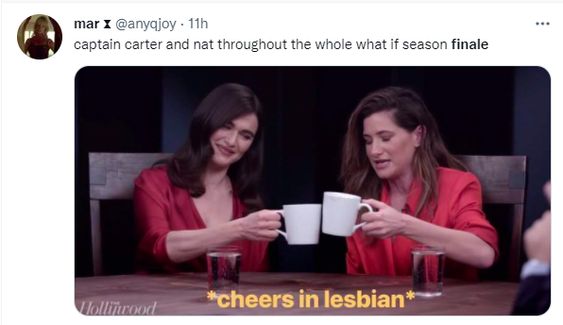 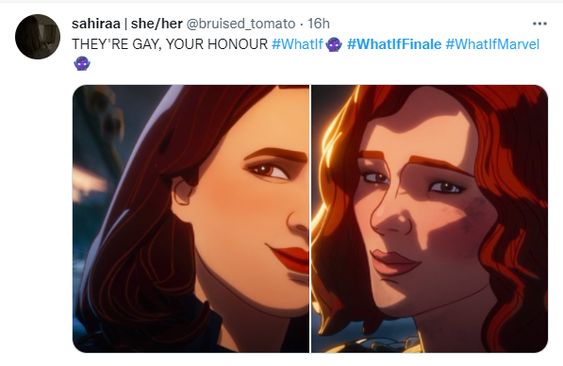 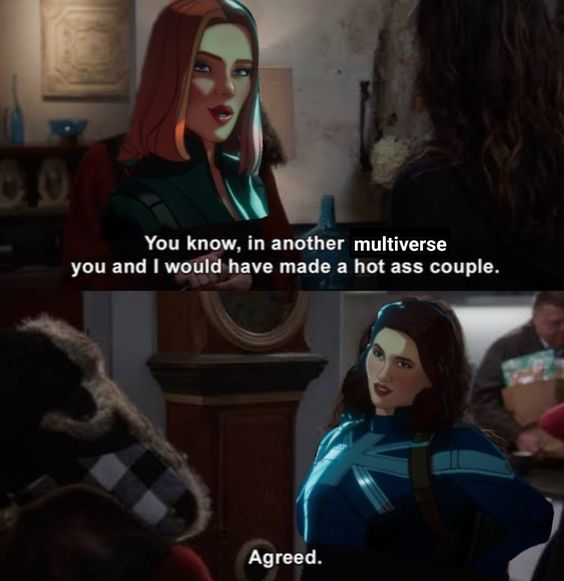 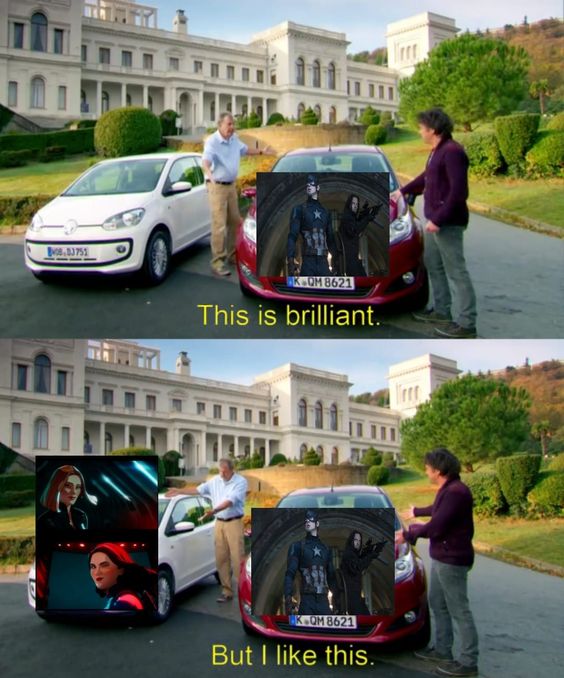 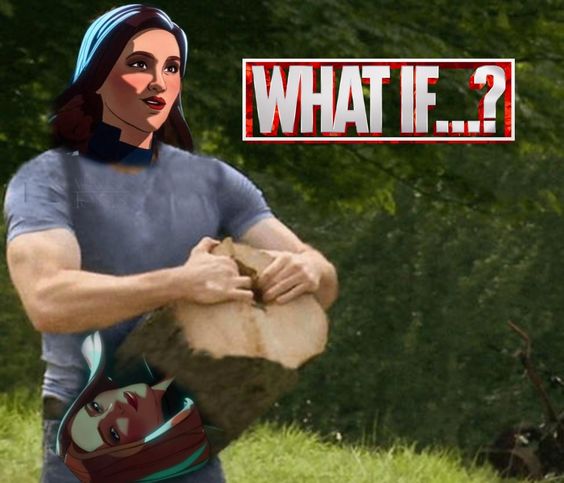 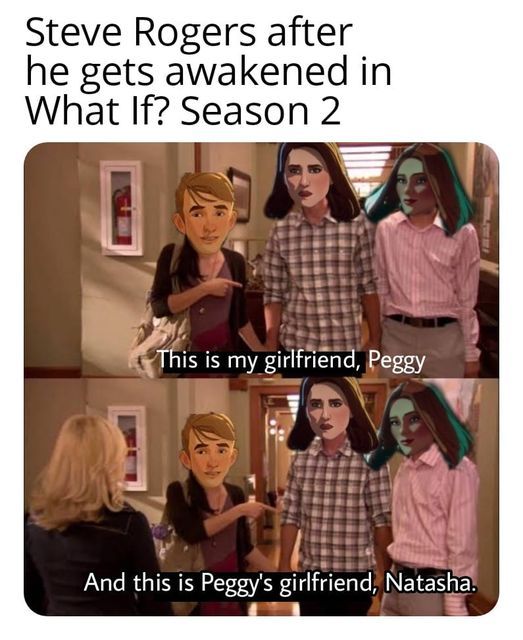 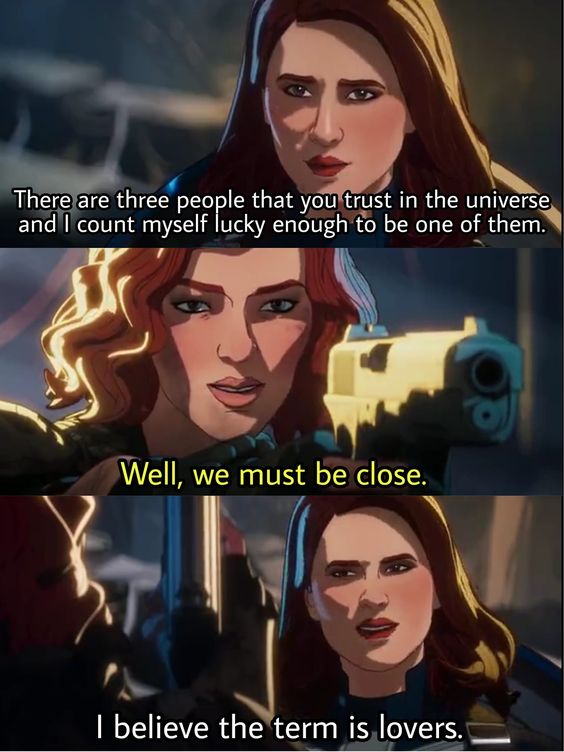 So here you have it: 10 Fan Responses To Peggy And Natasha’s Relationship. So far, these are some of the funniest responses to be found on the internet regarding Peggy and Nat’s relationship. These are, in fact, the best and I really enjoyed compiling these responses. What about you people? Which among these is your favorite response to Peggy And Natasha’s Relationship? Do let us know in the comments section below. Until then, we will see you lads in the next article, but don’t forget to keep on reading Animated Times, your one-stop destination for getting a closer look into the entertainment industry, upcoming movies and TV series, celebrity gossip, and much more. We have got you all covered. Continue reading Animated Times, guys, for more.