The Marvel Cinematic Universe has a ton of fight scenes. But there are some that are just too good to be included with the rest. These few scenes are special. In fact, they are legendary in terms of high adrenaline action.

Yondu vs. The Ravagers 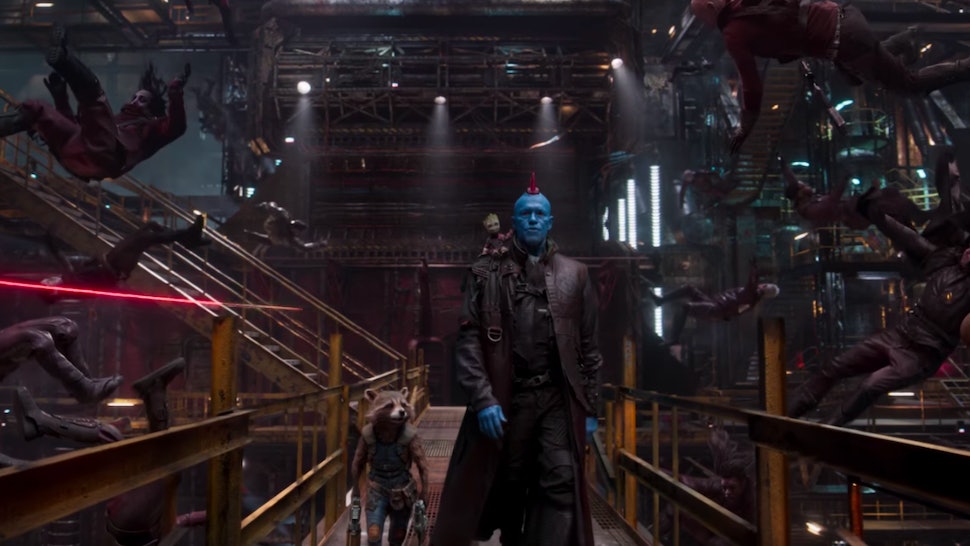 You have not seen a flawless jailbreak until you saw Yondu Udonta break out of the prison cell of his own ship and kill all the Ravagers in one swift strike. Sure Yondu took down an entire platoon of Kree Soldiers working for Ronan the Accuser in Guardians of the Galaxy Volume 1 but it was in Guardians of the Galaxy Volume 2 that he truly became a legend. Who could have anticipated that the Yaka arrow was capable of ripping through walls made of impenetrable and unbreakable steel, free allies and kill enemy soldiers simultaneously! Yondu Udonta may be dead but the legacy he left behind was untouchable. This scene itself cemented him as one of the greatest warriors that ever lived in the MCU.

Mirror Mirror on the wall, who is the strongest avenger of them all? Is it Thor? Or is it the Hulk? The answer was given to us in the battle of Thor vs. Hulk during their time on Sakaar. Thor had just lost Asgard and his father. He was down on his luck. The Hulk had been fighting gladiatorial battles on the Grand Master’s arena on Sakaar. The battle begins with Thor taking the fight very jovially. He then has to take the Jade Giant’s blows as serious when the Hulk himself starts trading some really powerful blows. The Hulk and Thor are then seen punching and kicking each other with strikes that could take down a God. They are both strong. Then Thor accesses his Rune King Power and that is when things get real. The fight ends with Thor losing control of his power and the Hulk seeing his chance, ending the battle with a massive punch.

Battle at the Airport Tarmac 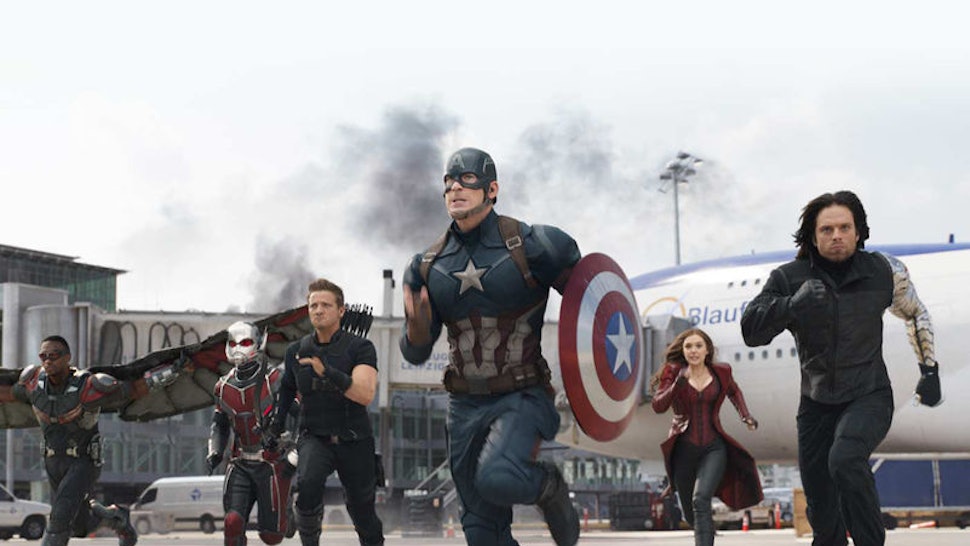 Up until Captain America: Civil War, the Marvel Cinematic Universe was only building itself. It was only after Civil War that we actually started to see the MCU charge into a direction. The Battle at the Airport Tarmac was the most iconic battle scene up until that point of time in the MCU. The notion of our favorite superheroes picking sides and dealing it out over fists and legs was nothing but a pipe dream for many. The battle was divided into several sub-fights. Spider-Man fighting Bucky and the Falcon – that was hilarious! Spider-Man fighting Captain America was short but sweet. Black Panther and Captain America’s fight was legendary. And who can forget Giant Man for crying out loud!!

The MCU has been charged with something very grave. Fans of the superhero and action movies claim it is dumbing down fight scenes with heavy dosage of CGI. But the fact is – why should we complain if they are really good at it? The greatest example is the Mirror Dimension battle in Doctor Strange. Kaecilius and his Zealots are chased around New York City within the Mirror Dimension. Doctor Strange and Baron Mordo are in hot pursuit. The entire scene looks like the Director has taken a leaf directly out of the pages of Inception and taken it up a notch with even better CGI usage. The New York City looks like a giant kaleidoscopic battle arena. 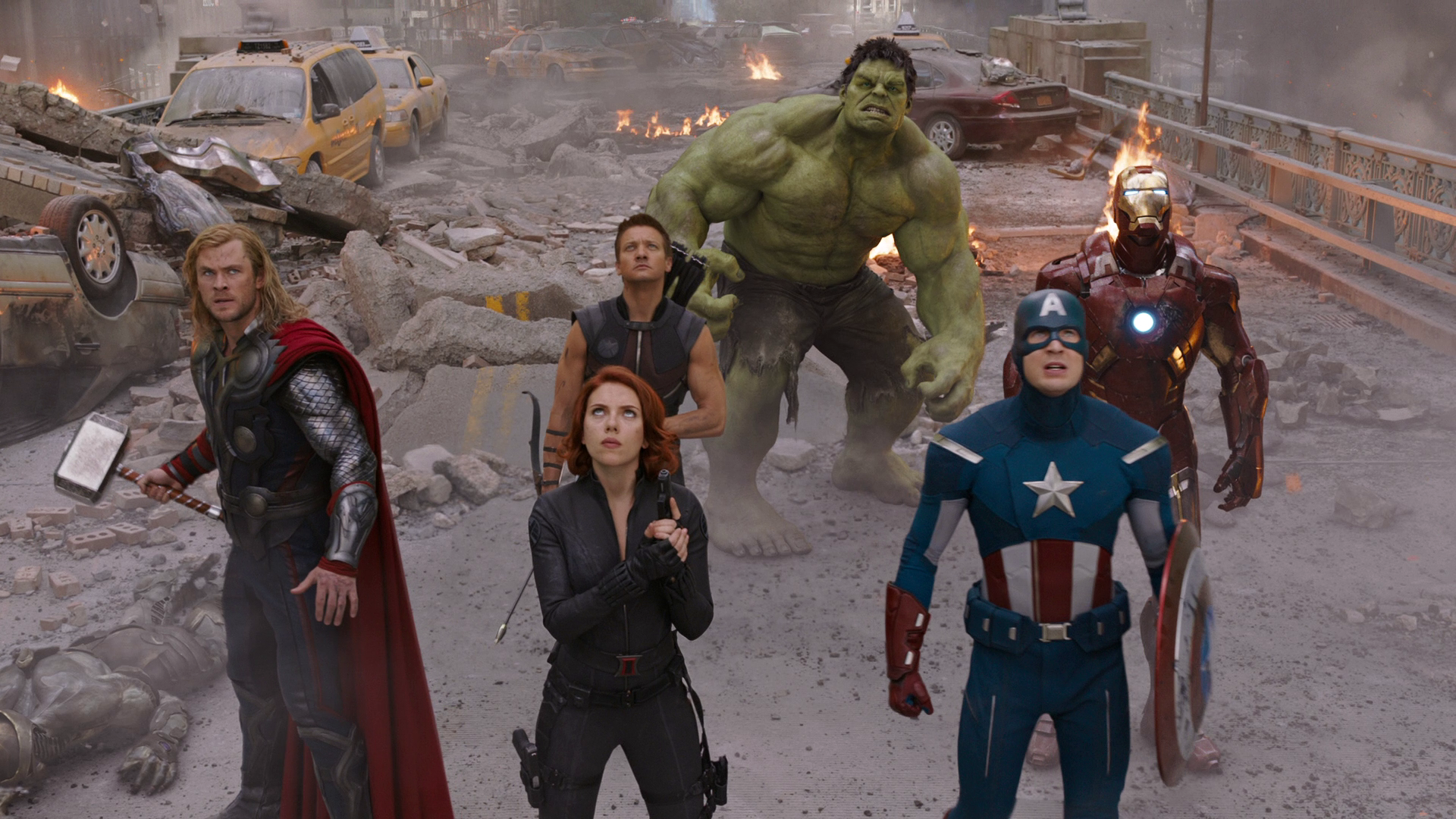 Hands down one of the greatest action scenes to have ever graced the movie making industry, the Battle of New York was what defined the Marvel Cinematic Universe for many years to come. It had everything – the oomph factor, the suaveness, the high octane action, the drive, and the adrenaline. The Battle of New York showed the Avengers making a united stand against a common foe for the first time. Sure many other battles were fought with the Avengers joining forces after that but they were not truly united after the Battle of New York. After Civil War, the Avengers remained fractured and scattered. This was the only time when the Avengers did not have any sort of hostility between them and that is what makes this scene even more special.

Iron Man was not ready to let the Hulk loose. He knew after the enormous green rage monster almost took down the Helicarrier, Banner could not be trusted. He had developed a suit of armor just in case the Hulk loses control again. That moment came in Avengers: Age of Ultron. The Scarlet Witch hypnotized the Hulk into losing his temper and Iron Man was forced to use the Hulk-Buster armor to calm him down. Halfway through the battle the audiences realize that the Hulk Buster armor is only a stop gap measure and cannot totally stop the Hulk but just slow him down. The Hulk would easily rip through the armor like hot knife through butter if he gets angry enough.

Going down? Yeah we come to the amazing fight scene in Captain America: The Winter Soldier, probably the greatest Marvel Cinematic Universe movie to have been ever made. The movie was known to have managed to hold on to an element of suspense and a tight, engaging plot line, something none of its predecessors before it could. It relied on minimal usage of CGI and excessive real time action choreography wherever possible. The Elevator Fight scene was when Captain America took down an entire file of Hydra soldiers and proved beyond doubt that he is indeed the Super Soldier.

Who could forget the iconic entry of Thor into the Battle of Wakanda!! Give Me Thanos!! That is what Thor said after he set foot on the battlefield during Avengers Infinity War. Thor had acquired a new weapon. The Storm Breaker axe had been designed to enhance Thor’s lightning manipulation and was a notch above Mjolnir. Thor would charge and destroy hundreds of Thanos’ Outrider foot soldiers like they were nothing. It truly showed us just how powerful and mighty Thor was. He is indeed the strongest Avenger.

The most iconic scene in Avengers Endgame was not the “Avengers Assemble” scene. It was when Captain America picked up the Mjolnir hammer and proved that he is worthy of the power of Thor. That was the point when the entire movie hall stood up and shouted at the top of their longs. Merely thinking about it gives us goose bumps. Captain America even showed us that even when he is not experienced enough with a weapon, he can still manage to use it effectively against an enemy in a battle where even the slightest of error would mean almost certain death. The way in which Captain America carried him-self throughout the battle, using his vibranium shield and the thundering Mjolnir in conjunction – it is a scene as unforgettable as time itself.

DC Universe: 10 Water Based Superheroes Other Than Aquaman

10 MCU Moments We Didn't Get To See 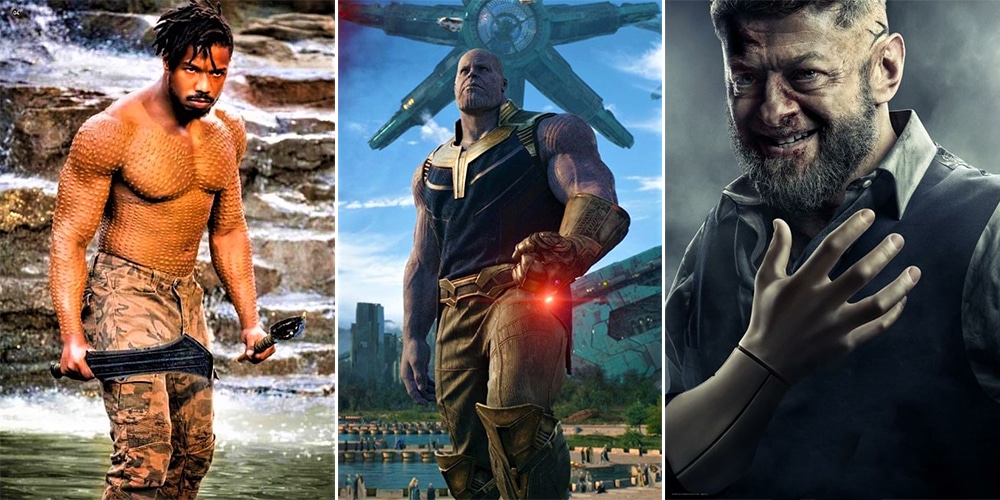 Read More
Let’s just say it out loud: MCU has a villain problem. While several heroes are charismatic enough to… 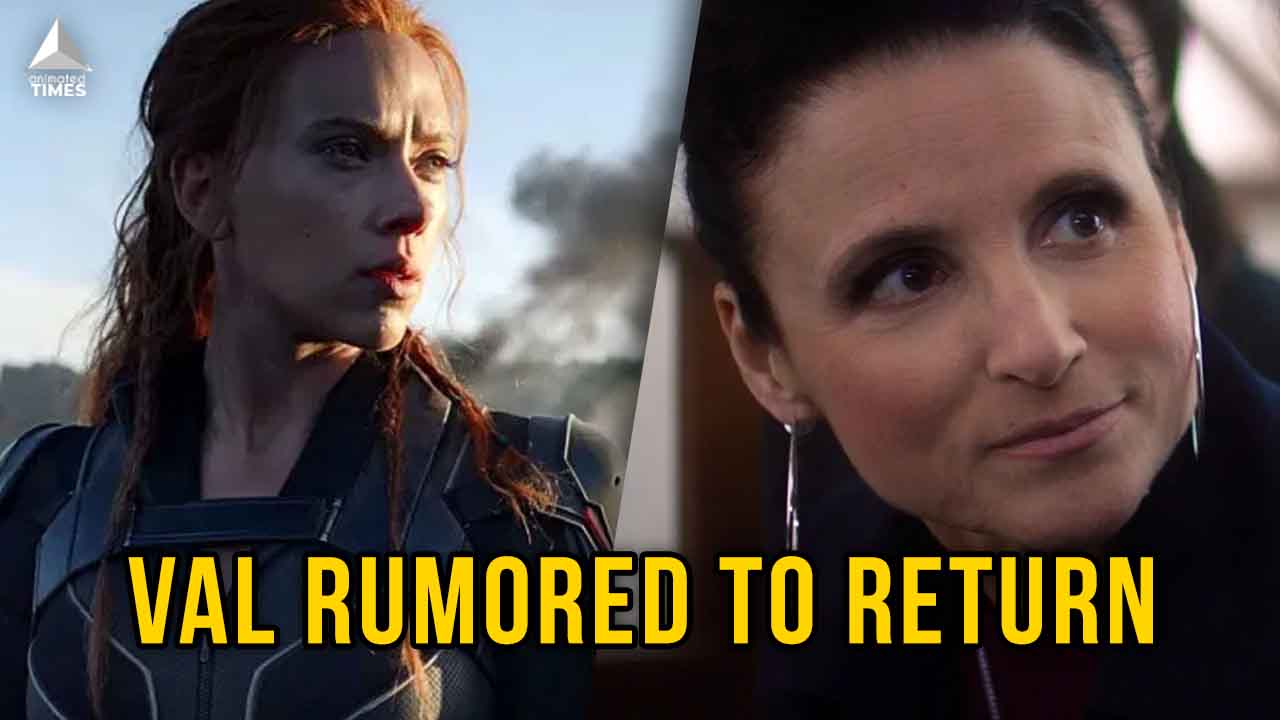 Read More
“I have no agenda except to be funny. Neither I or the writers profess to offer any worldly… 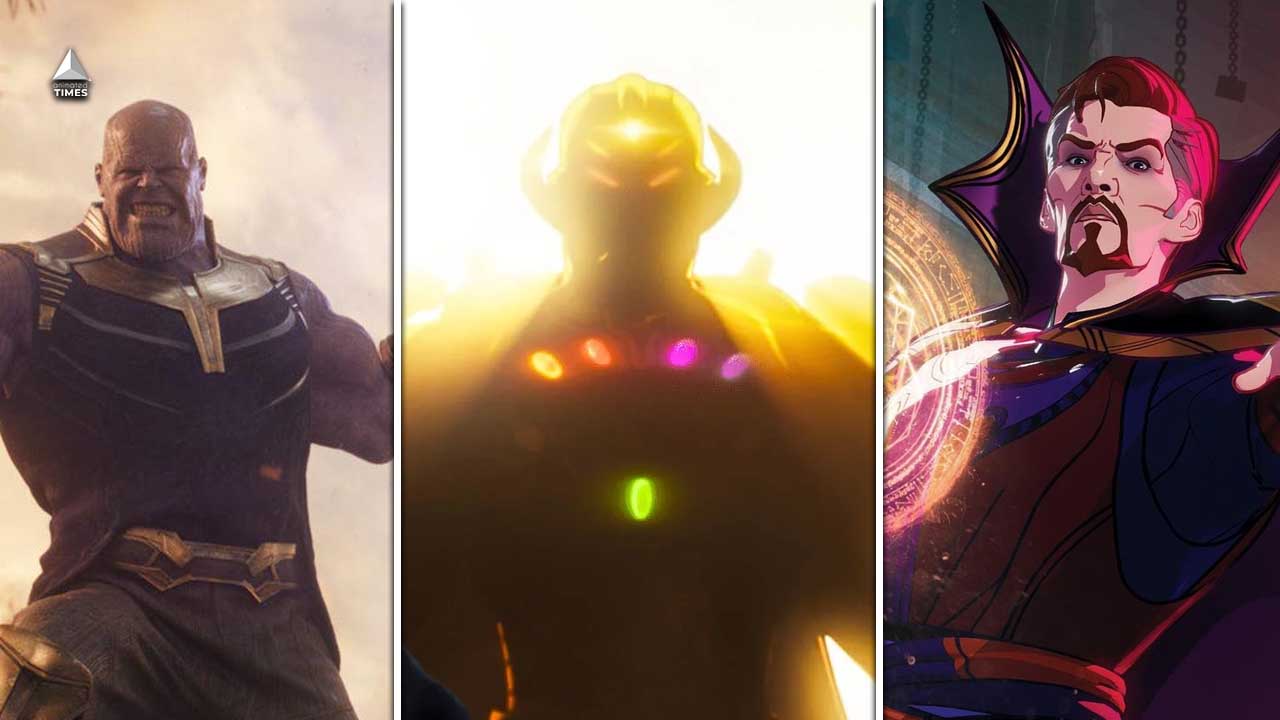 Read More
In the Marvel Cinematic Universe, fans have often wondered who the biggest threat out there is. Now that… 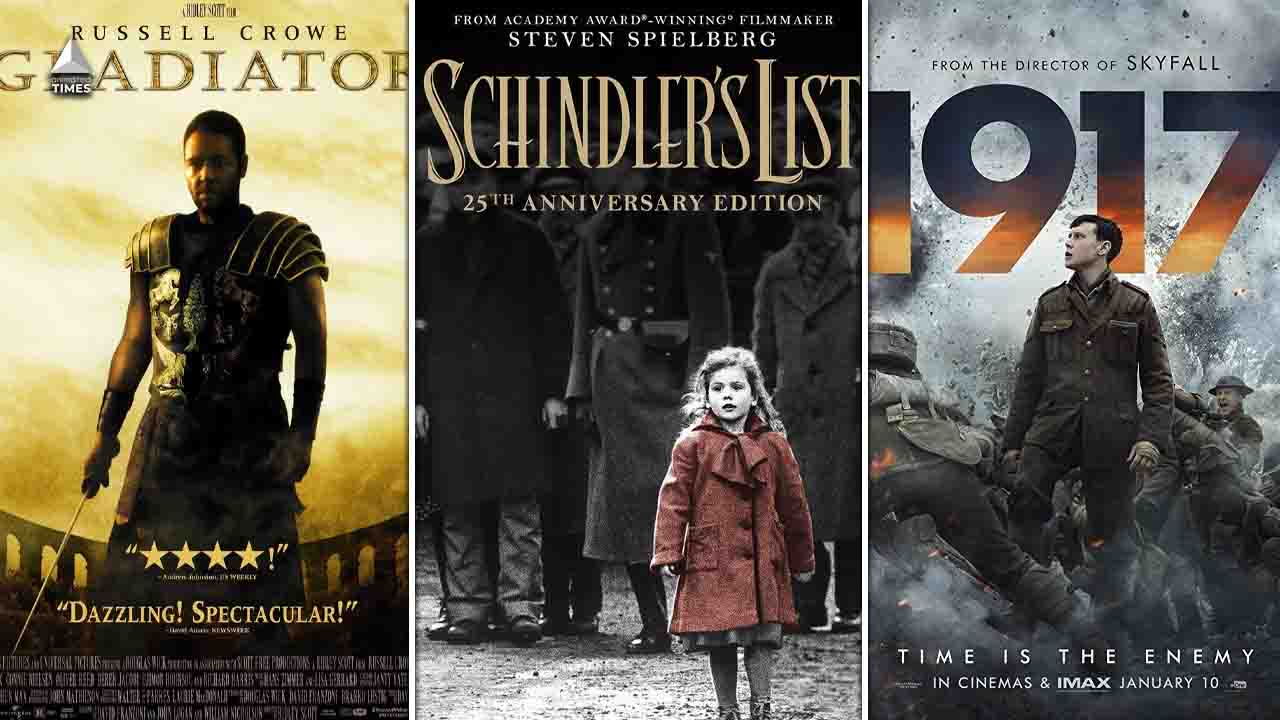 Read More
This list lists the finest movies about war, wars, and military conflicts, ranging from classics like Saving Private…