Harley Quinn has been known for being an accomplice as well as a love interest to Joker since the inception of the character in DC Comics.

Although the character has always been fairly popular among readers, things have recently taken a step up. Ever since Margot Robbie was cast to play Quinn in Suicide Squad, the popularity of the character has increased ten-folds. And rightly so! 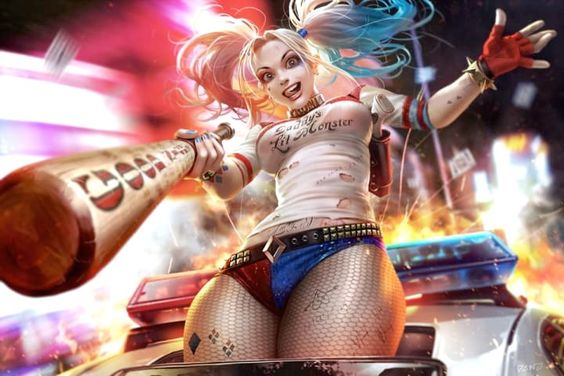 Although the 2016 movie didn’t do that well, Robbie reprised the role of Harley Quinn once more for the 2020 movie Harley Quinn: Birds of Prey. And now we will be able to see her again in the 2021 production of Suicide Squad 2, directed by James Gunn.

Since the character is so popular, there have been numerous fanarts circulating in various websites. Some show her as mischievous, some sweet, some creepy, and some as completely batshit crazy.  So here are 10 fanarts that show the various moods of one Dr. Harleen Quinzel, aka Harley Quinn. 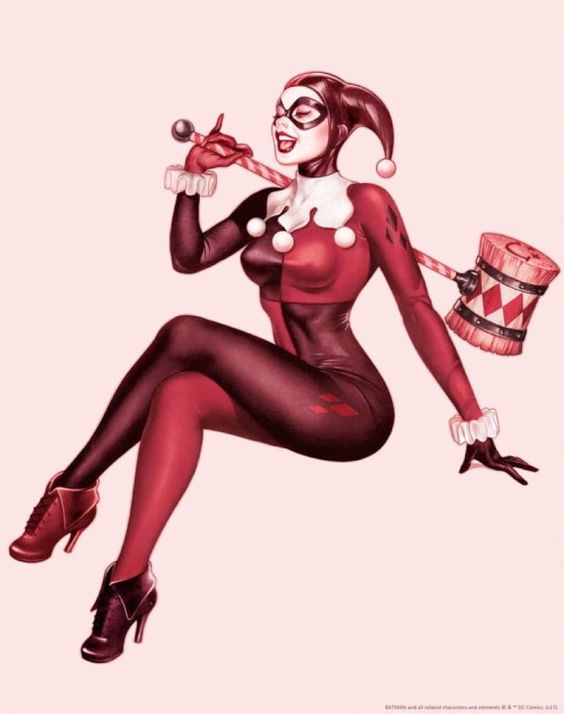 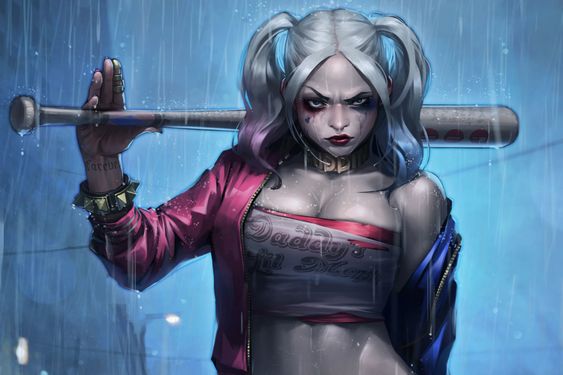 A user from Pinterest shared this canvas fabric poster of Harley Quinn is all kinds of menacing. 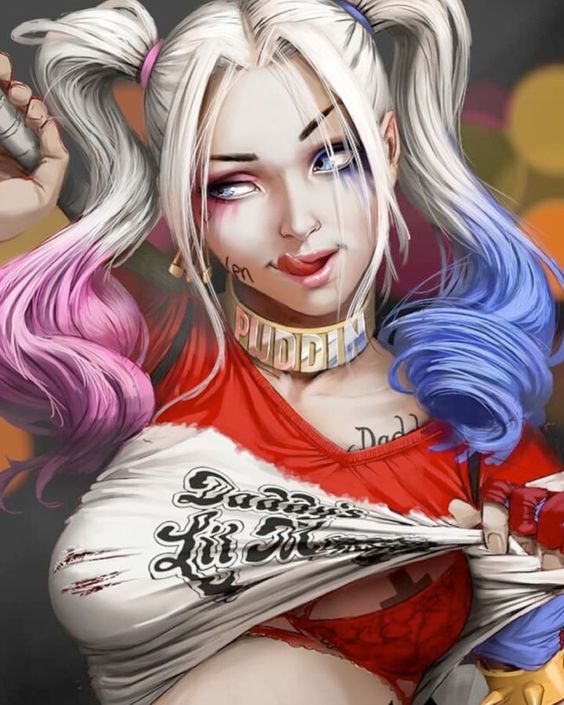 SourAcid aka Karl Liversidge created this alluring and sultry fanart of Harley Quinn, which basically shows her as the not so innocent girl. 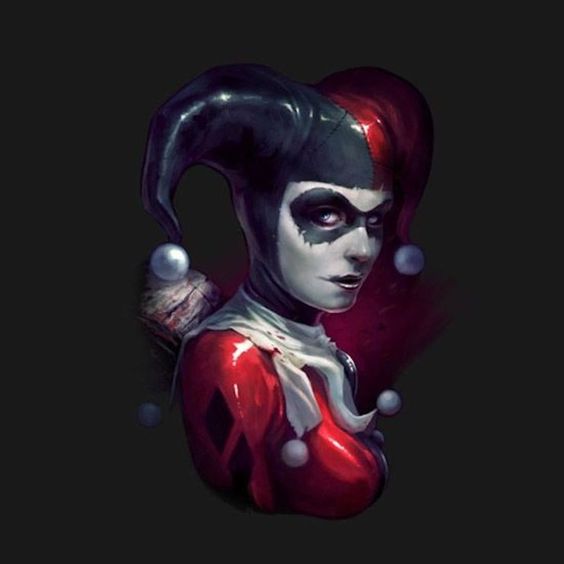 Another old school Harley Quinn costume fanart, this time by an artist named @TentaclesandTeeth, and is creepy as all hell. 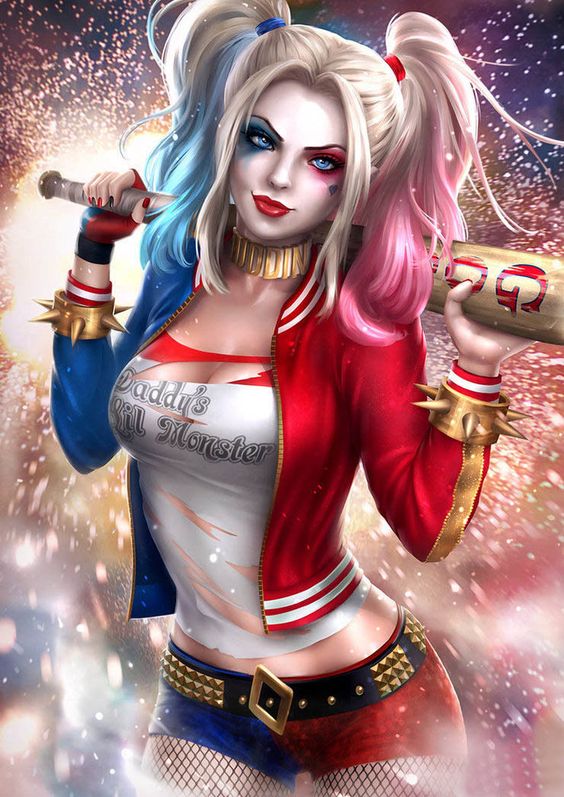 An artist by the username @Karin_98 made this Harley Quinn fanart as she smirks at the readers, promising all kinds of hell! 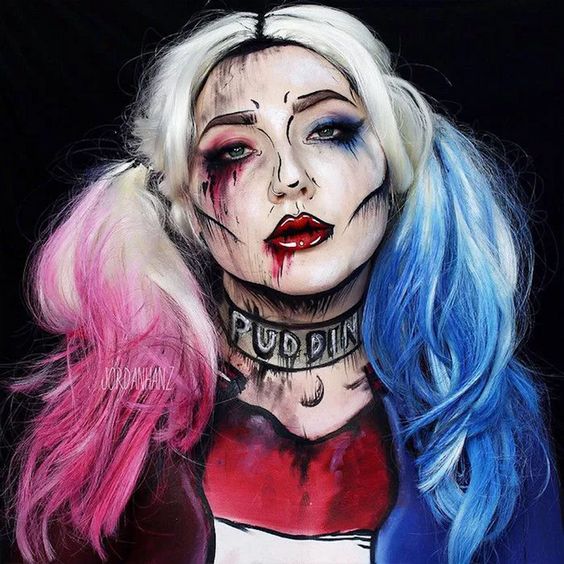 This is what Harley looks like after coming out of a fight, and artist @JordanHanz depicted that perfectly in this fanart. 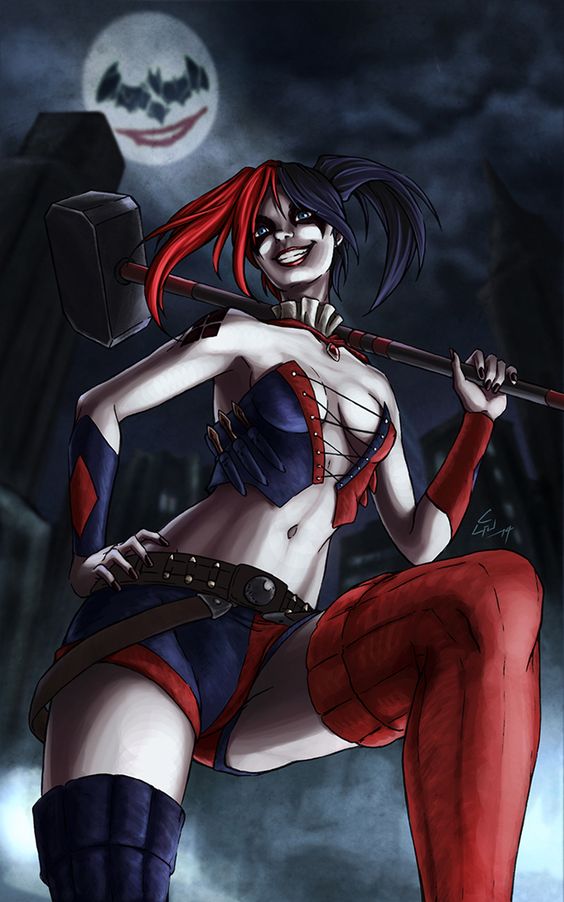 OniChild on DeviantArt made this distinct Harley Quinn fanart, where she has the crazy in her eyes, but not the fun kind! 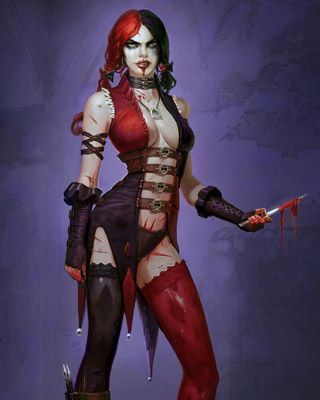 Artist Hunter Schulz did this brilliant Batman and Harley Quinn crossover fanart, and it is absolutely brilliant. 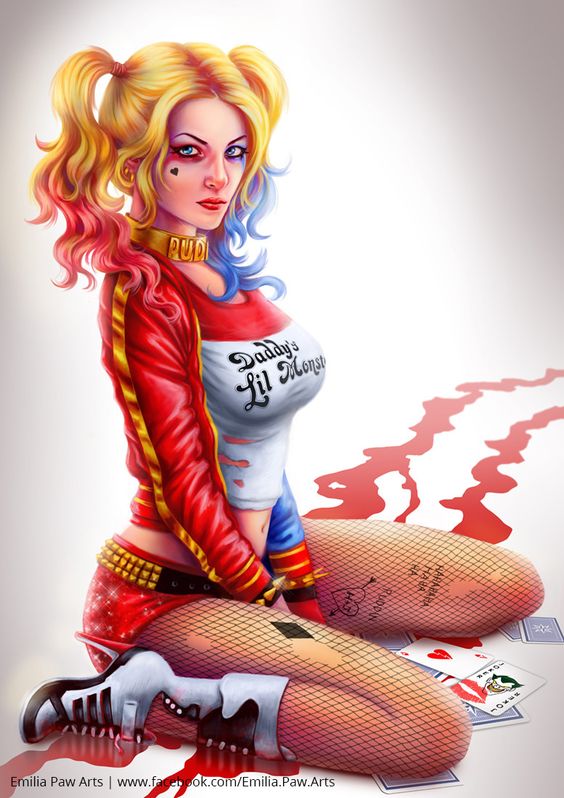 Emilia Pawlikowska made this fanart, quite different from the rest. The expression on Harley’s face is probably very rarely that serious and sober! 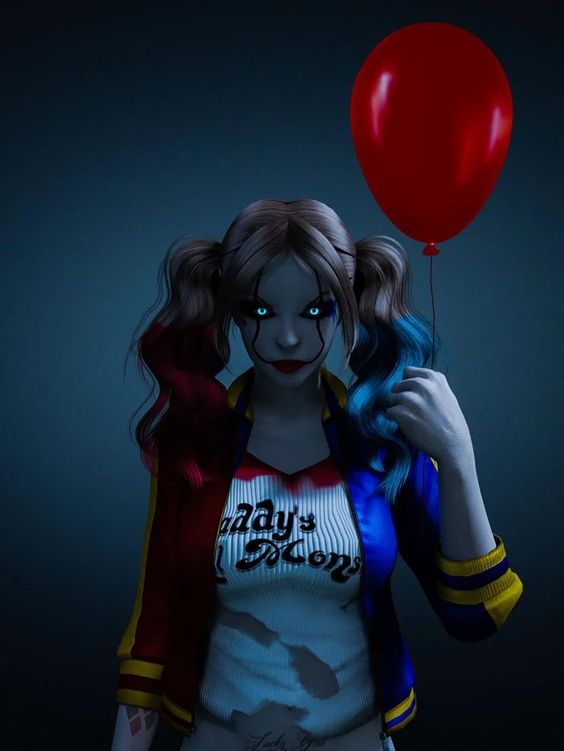 Reimagining Harley Quinn as Pennyworth from IT, This fanart was done by @Abd Majeed Abd Mumuni and looks like everyone’s worst nightmare coming to life.