It has been more than a decade that Harry Potter made its debut on screen. Since then, the cast has grown too, kept on doing great things. 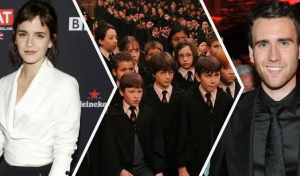 Harry Potter is one of the most famous Hollywood franchises for both children and adults alike. The child casts, including Daniel Radcliffe, Tom Felton, Emma Watson, and Bonnie Wright, have grown into adults. While some have become young talented performers, some turned into fearless activists.

Played by Bonnie Wright, little Ginny Weasley had a steady presence in all the eight parts of the franchise. She made her debut in Harry Potter and The Philosopher’s Stone a decade ago. Today, this is how the little princess looks like. Apart from Harry Potter, Bonnie also appeared in movies like After the Dark and Before I Sleep.

Seamus is another important child character of the film franchise. He is the one who played an essential role by blowing up the Wooden Bridge during the Battle of Hogwarts. Out of 14 acting credits Devon holds, eight of them are Harry Potter films. He has also given his voice in Harry Potter and the Deathly Hallows: II video game.

Neville Longbottom, a shy and clumsy character played by Matthew Lewis, has always been afraid of his own potential. He was 12 years old when he starred in Harry Potter. Recently he appeared in Girlfriends, and his fans went crazy after looking him shirtless.

Played the character of Dudley Dursley, Harry Melling’s role in Harry Potter was an absolute jerk. He has appeared in five Harry Potter movies where he always reflected a selfish character. He has also co-starred in TV shows, including Farrow’s Law and Just William. This is how he looks today.

Gentle and wise, Richard Harris seems to be born just to play this role of Professor Dumbledore. While he only got a chance to appear in the first two Harry Potter, he got replaced by Michael Gambon in The Prisoner of Azkaban. He never really had any acting credits post, Harry Potter. But this is how he looked before he died in 2002 at the age of 72.

The super unpopular character, Draco Malfoy, was played by Tom Felton. He joined the Harry Potter franchise a decade ago. Very recently, he appeared in CW’s famous series, The Flash season 4. This is how he looks now.

Daniel Radcliffe played the role of Harry in Harry Potter. He is the one Who Lived against He Who Shall Not Be Named. Daniel has grown a lot between the ages of 12 and 18, and this is how he looks today. Apart from Harry Potter, he has also appeared in The Woman in Black, Equus, and Swiss Army Man.

Indispensible and quite an epitome of beauty Emma Watson played the role of Hermione Granger in the Harry Potter franchise. Her character has always been nerdy and supertalented towards magic. Today, she is a noteworthy activist and has become the UN Women Goodwill ambassador for women’s rights in society. This is how she looks today. 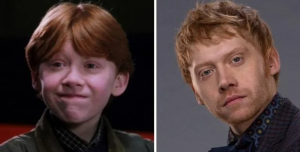 Ron Weasley, a character played by Rupert Grint, was an awkward, goofy, and nervous human being. Weasleys had a large family in which Ron was the sixth brother in line and seventh if counting Ginny. He has even played roles in Sick Note and Snatch, and very recently, he was seen in Instruments of Darkness. This is how he looks today.

Hagrid, a character played by Robbie Coltrane, is one of the most beloved parts of the Harry Potter franchise. He has always been gentle and a friend to Harry and his folks. He was 51 years old when the first Harry Potter was released, and this is how he looks today.