Harry Potter is a tragic hero and the titular protagonist. Draco Malfoy is somewhat the arch-rival. Since the story doesn’t call for it, the two getting along is out of the question. But that doesn’t stop the fandom to hope for a change in events. Dismal that the end of Deathly Hallows doesn’t portray from enemies to friends trope, fans took matters into their own hands, putting their ideas and hopes out in the open with fanfiction and memes. The duo featured in the most popular Harry Potter memes, and have taken the fanbase by storm.

Here is a list of the most hilarious of those. 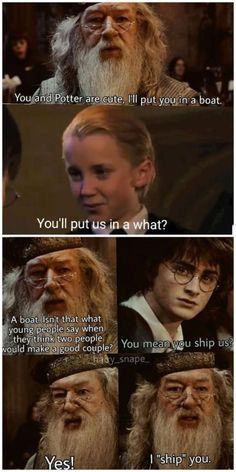 The most popular fanfiction storyline is probably Drarry- a romantic relationship between Harry and Draco. This meme showcases Dumbledore is also a Drarry stan, and why won’t he be considering the chemistry between the two is undeniable. He might not be so fluent with millennial slang but at least his heart is in the right place. 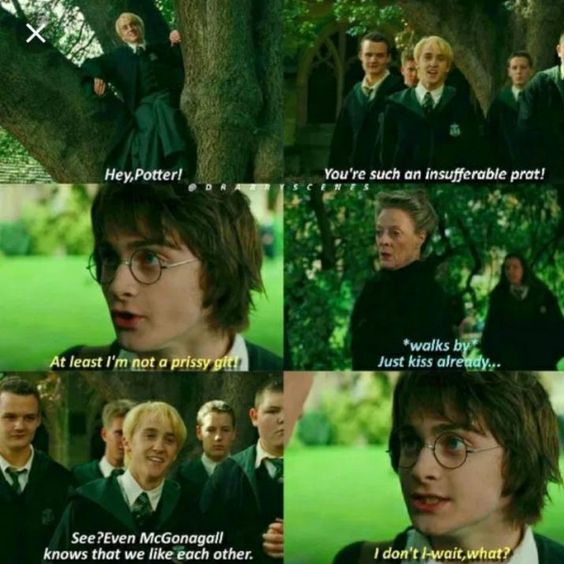 Not far behind Dumbledore, is Professor McGonagall, another staff member who is also of the opinion the two make a close pair. The meme consists of stills from the Harry Potter and the Goblet of Fire, the fourth movie in the series.

Malfoy and Potter seem to be throwing insults at each other  when Professor McGonagall walks by saying,” Just kiss already…” Malfoy simply agrees and teases Harry, leaving the poor guy red and at a loss for words. 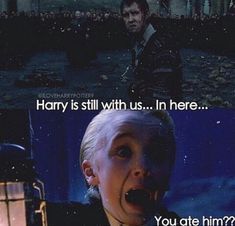 If you’re looking to add a comedic touch to the most climactic battle in the series, you’ve found the right meme. It’s not the funniest meme out there, but you’d be lying if you said it didn’t get a laugh out of you.

The shock on Malfoy’s face is proof enough that Drarry had potential. Or maybe it’s the shock of someone meeting their end the way Harry did, there I wouldn’t blame him.

7. Drarry on the down-low 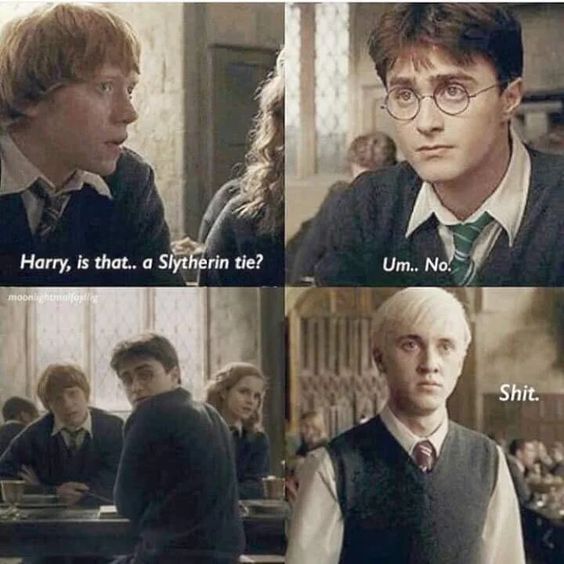 Whoever made this meme really had high hopes for Drarry. This meme portrays a secret affair between the two, which might not remain secret anymore. Because what other explanation can the two give for wearing each others’ ties. 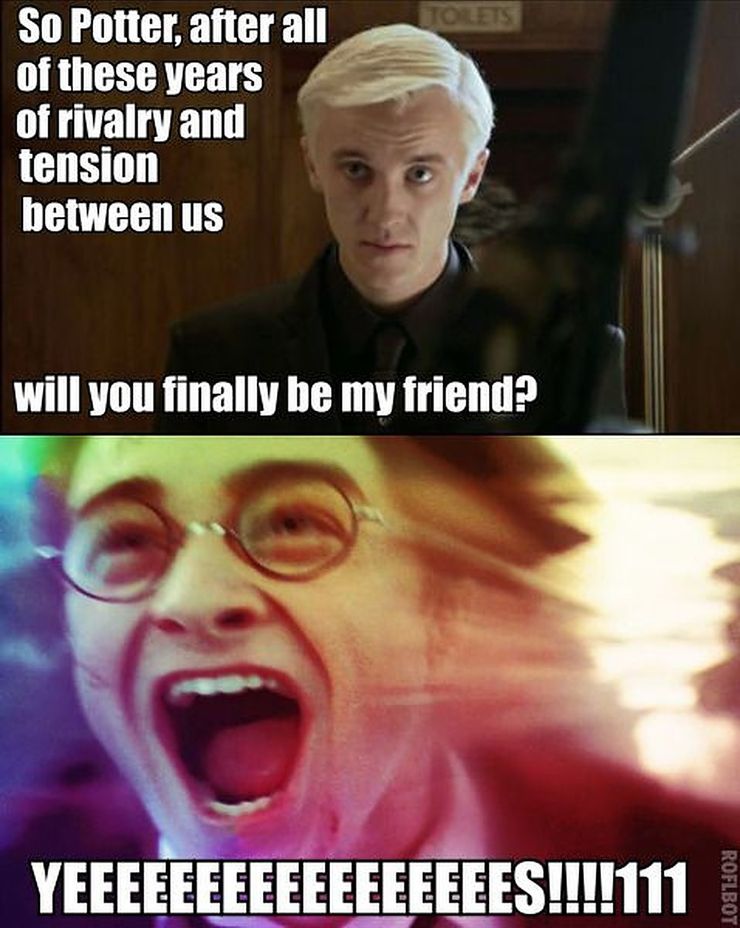 Certain plot points in the series make fans question the enmity between Harry and Draco. In the last book, Harry goes as far as risking his own life in an attempt to save Draco from the enchanted fire raging across the Room of Requirement.

So when finally Draco takes the initiative to call a truce between the two, the fans, of course, would be delighted, not more than Harry though. You can see the jubilant expression, giving the impression he wanted foes to be friends all along. 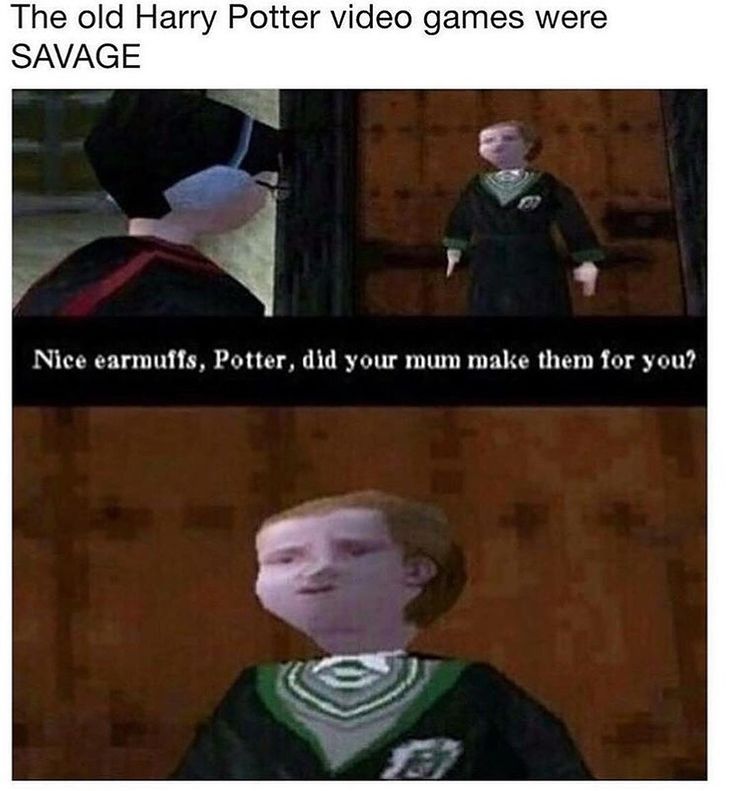 Besides Drarry memes, another popular genre is Potter and Malfoy throwing burns at each other.

If you were a Potterhead in the early 2000s, you’ve probably played the classic, low-quality animation game. This meme features a still from the game, with Draco calling out Harry where it hurts most. No doubt it’s a little disrespectful to him, but hilarious too. 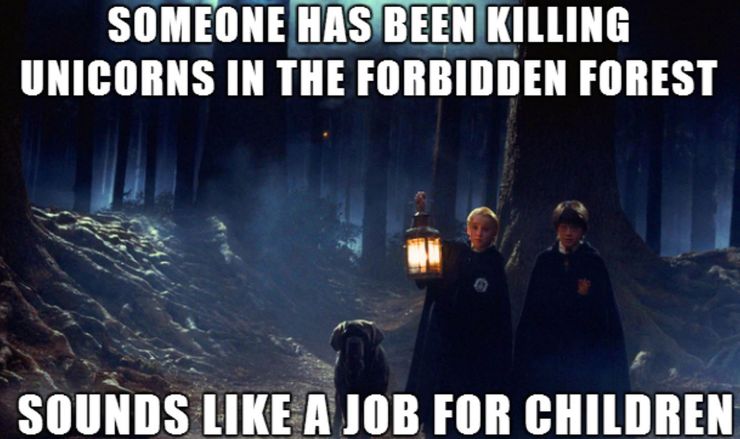 Something no one will understand is why the kids were sent for detention to the forest, with the staff fully aware of the fact a unicorn slayer was on the loose. We all know how that ended though. With Malfoy and Harry being the ones to encounter Voldemort, Draco flees, leaving Potter to deal with the rest.

The funny bit is how this meme clearly captures the situation for what it was, insanely dumb. 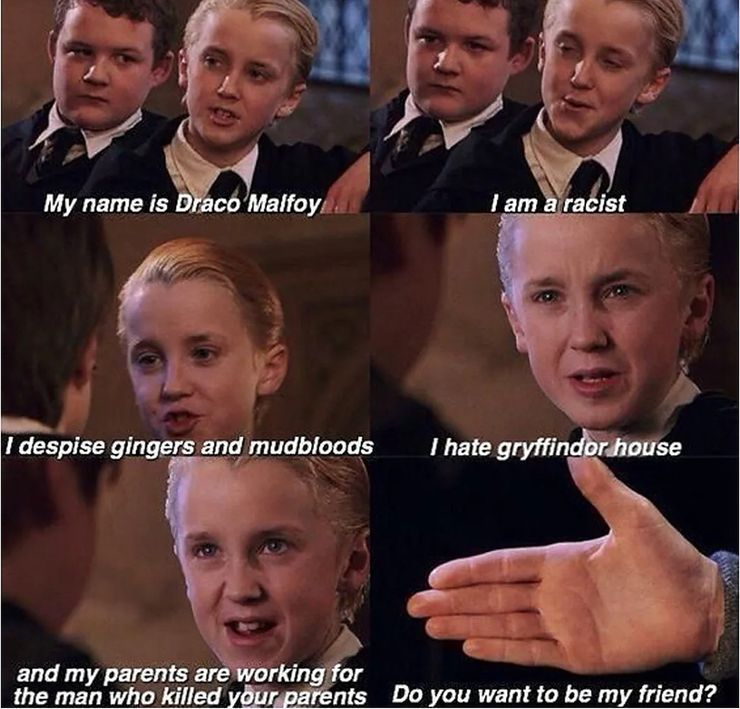 To be honest, none of us would befriend Malfoy in the first book. He makes no effort to hide his displeasure for Muggle Borns, the Weasleys and Hagrid, all of whom Harry had taken a liking to. So it’s no surprise when he turns down Draco’s offer to be friends. I’d go on, but this meme sums it up perfectly.

This probably is wholesome entertainment than the previous memes. Harry and Draco enjoying each other’s company in their first year. Would’ve been a cute friendship, if only they weren’t enemies since the first ten minutes at school. 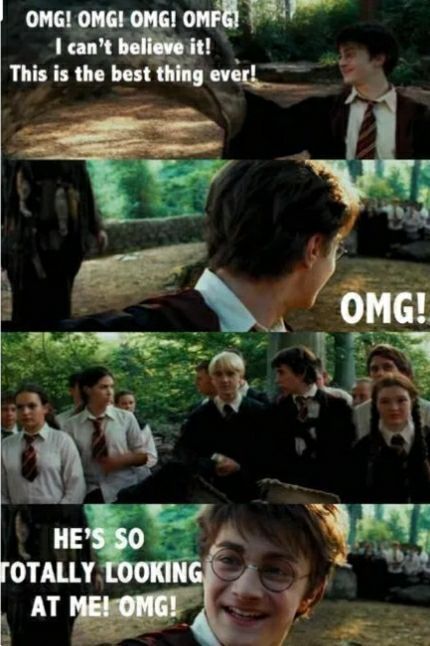 As unrealistic as it is, Drarry would have been the most adorable yet hilarious ship on the show. Especially if the two would’ve been fawning over each other, as they do in this meme. Consisting of still from the third movie, it shows Harry excited to be noticed by Malfoy in class. 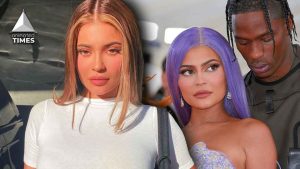