It has been more than 15 years since Christopher Nolan’s The Dark Knight Trilogy made its mark on mainstream cinema, making it one of the best superhero films of all time. However, what makes the films so brilliant is still a matter of debate.

While there’s no denying the brilliance of Nolan as a director, the star-studded cast of actors like Christian Bale and Heath Ledger makes it all the way more interesting. Despite its intriguing characters and a compelling storyline, the foremost reasons why the trilogy remains so loveable is lessons that it makes us learn throughout.

Nolan made headlines with the second installment of the trilogy, The Dark Knight. As Batman Begins already introduced Bruce Wayne and his journey to becoming Batman, the film introduced Joker, portrayed by Heath Ledger.

The film sees Joker on a mission to disintegrate society, reminding the viewers that a little push is all it takes to turn one into a formidable villain. While Batman tries his best to take on the Joker, the villain wins at the end of the film turning the city into disarray and driving Harvey Dent insane.

9. Choose your own way

Motivation and ambition have always been two core values to make your way in today’s world and Harvey makes sure of that with his two-headed coin. This goes on to prove that one can achieve what one wants irrespective of the circumstances.

8. People can often be two-faced

Any superhero film usually deals with two types of characters. One is the hero himself who doesn’t stop at protecting the lives of those in danger and two, the villain who makes sure that the world burns around him. What makes the Dark Knight peculiar is the fact that both its characters are good and bad.

In the finale of the film, Nolan depicts this with Joker’s social experiment where prison inmates and ordinary people find themselves pitted against each other. This scene remarkably sees the inmates stepping up with their redeemable qualities. Another character who epitomizes this idea is Harvey Dent who cannot help but fall into madness turning into the evil Two-Face.

7. The truth must sometimes remain hidden

The Batman trilogy acts as an interesting arc for Bruce Wayne. While Batman Begins sees him going on a journey to find himself, becoming Gotham’s vigilante. But it was the Dark Knight where he finally finds the real purpose of Batman – which is to not be just a public hero but it is to be the hero who protects Gotham from the darkness that lurks within the city itself.

Once he defeats Joker and stops Two-Face aka Harvey Dent, Batman and Gordon come to a realization that one often needs to lie to hide the harsh truth from others – and this decision becomes a necessity to make.

6. Conquer your own fear 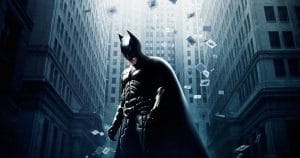 The trilogy sees many courageous characters – from Harvey Dent to Detective Gordon to Batman – the films continue to show them fighting against crime and most significantly conquering their own fears. The most obvious example is Bruce himself who managed to overcome his fear of death and bats after his tragic childhood.

Once Bruce channels his fears into the anger within him, he goes on to become Batman and stop the evil in Gotham. While this fear also links to his bat-suit, but it also provides him the much-needed mental strength to do what he wants to.

In the final film of the Batman trilogy, we see Batman in the shadows, taking on a new villain in Bane. Tom Hardy’s Bane trains with the League of Shadows, becoming a physically brutal villain. As we see in the film, Bane absolutely destroys Batman in the first hand-to-hand combat with ease.

Bruce ends up breaking his back and lands in prison where he needs to rise to the occasion and strengthen himself back to stop Bane. But Bruce never gives up and finally returns to stop Bane in his final attempt.

The trilogy continues to see Bruce maintaining his playboy image, much like Tony Stark. In Batman Begins, he is seen soaked wet while leaving a restaurant with two supermodels. All seems fine until he meets his childhood friend Rachel. The meeting gets rather awkward but it gives us one of the most important quotes from the Batman trilogy.

Rachel tells him that, “it’s not what you are underneath, it’s what you do that defines you.” This quote becomes one of the most memorable ones in the trilogy reminding us that actions do speak louder than words.

3. Failure is the key to success

The best part about Nolan’s trilogy is the applaudable performances given by the supporting cast where Alfred Pennyworth’s portrayal, played by Michael Caine significantly stands out among the rest. The character teaches most of the important lessons to Bruce, while also gives the constant theme of the film – the idea of failure. This is initially shown in Batman Begins where Bruce finds himself trapped inside a well as a child, again when he is almost killed by the League of Shadows and finally while fighting Bane in the Dark Knight Rises.

But as revealed by Alfred and Bruce’s father, the reason why people fail is to learn how to pick themselves up and it is this determination that makes Batman a brilliant hero.

2. Everyone wears a mask to hide the truth

Batman is widely seen as one of the most famous heroes of all time and it shouldn’t be surprising to know that his bat-suit is one of the most iconic outfits to have ever existed in the superhero world. His mask is an important part of his costume which not only hides his identity but also helps Batman to become a symbol of hope for everyone in the city of Gotham.

Through the Dark Knight trilogy, Nolan also tries to convey that everyone wears their own mask and they only reveal their true identity to those whom they trust and love the most.

1. One can’t fight his battles alone 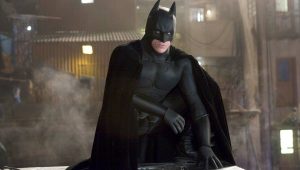 As a superhero, Batman is often known to work alone to fight criminals but Nolan shows us that even the best needs some help from others to eventually succeed and save lives. While Batman Begins shows Alfred saving Batman’s life twice – once from Scarecrow and later from the fire at the Wayne Manor – the Dark Knight sees Lucius Fox helping Bruce to find the Joker. The final part shows Selina Kyle helping him take on the Bane which goes on to prove that a bit of help is a necessity in tough times and that, all battles are certainly not fought alone.