21 years ago, a blonde, orange Shinobi called Naruto made his manga debut. He went from strength to strength, gathering allies and friends till eventually, he stood at the peak. This little boy was ostracized and overcame obstacles to become the Hokage, the strongest Shinobi of his village. Masashi Kishimoto’s Naruto is a great staple for anyone looking to dive into the world of manga and anime. However, there are some differences and deviations between the manga and the anime. Here are 10 differences between Naruto’s anime and manga series. Spoiler and warnings are in effect. 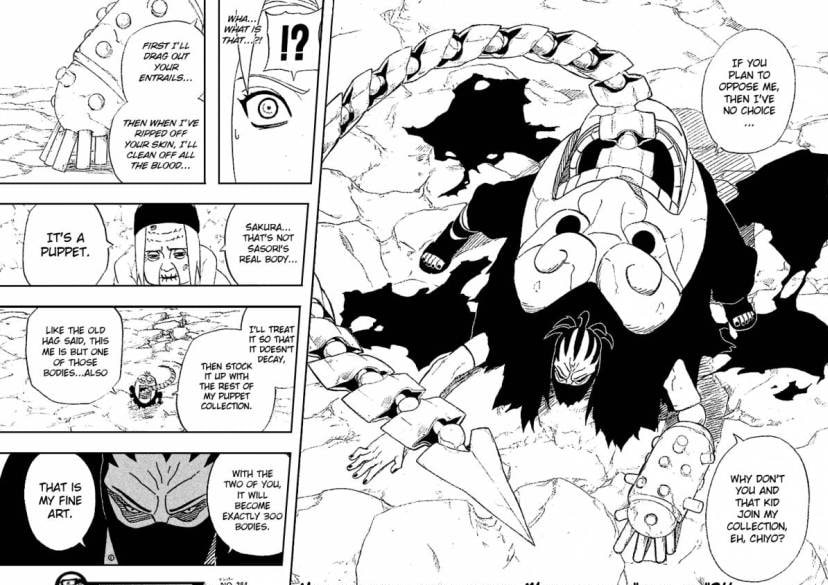 Hiruko was a well-known puppet used extensively by the Akatsuki puppet-master, Sasori of the Red Sand. A puppet-master of prodigious skill, Sasori of Sunagakure modified the puppet as an armor, allowing him to hide inside of it. Sasori’s true form was rarely seen and even enemy Shinobi used to think the terrifying puppet WAS Sasori. In the anime, Hiruko was a human puppet made from the corpse of a renowned enemy shinobi, making Sasori that much more intimidating. Hiruko was also said to be Sasori’s favorite puppet. 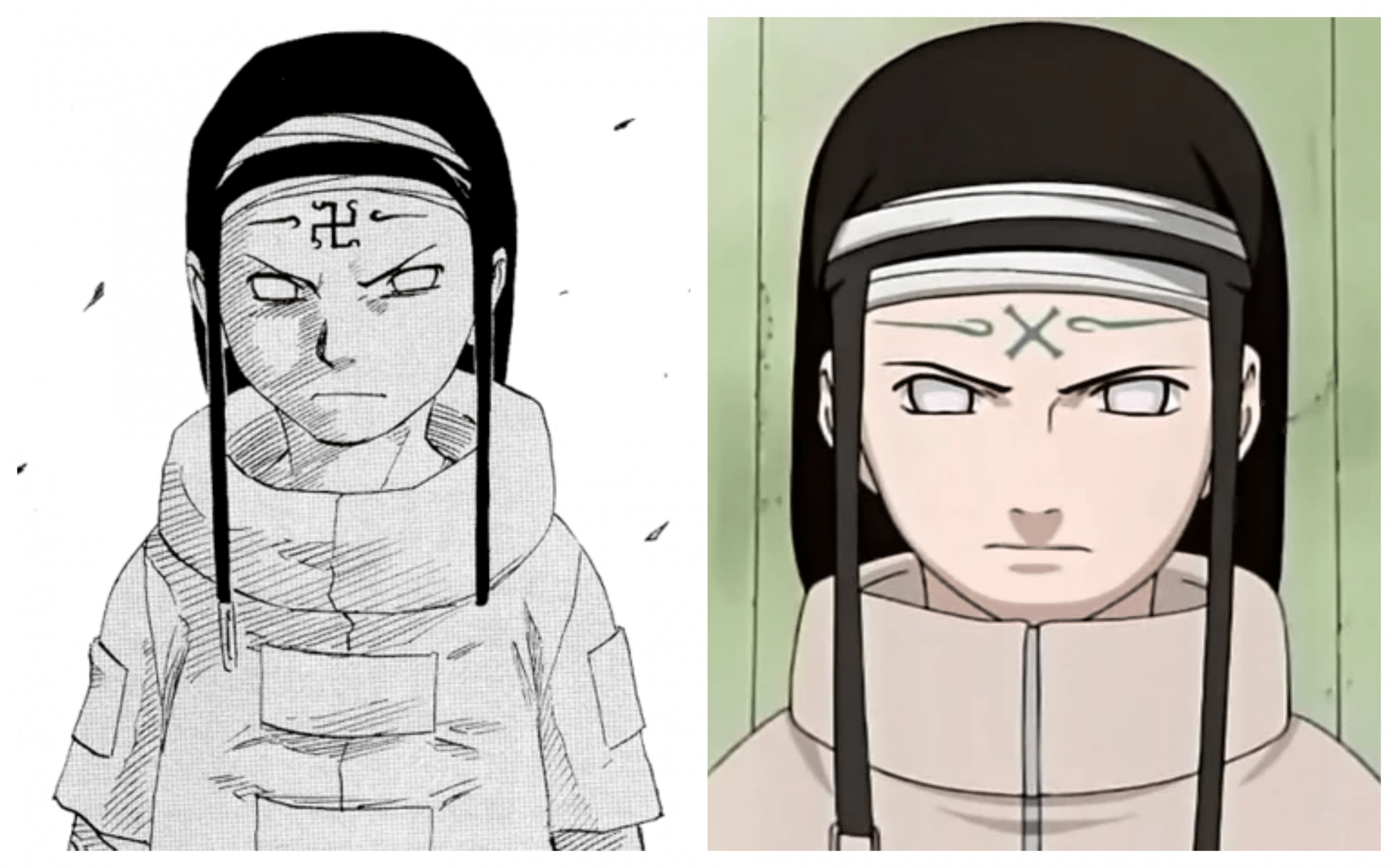 Neji from the Hyuuga clan was a prodigy, a loyal Shinobi, and a valued comrade of Naruto’s. The two of them did not see eye-to-eye but eventually to trust one another. Neji’s backstory was tragic. Branded with the customary Hyuuga cursed seal at the age of four, he also lost his father, an unwitting pawn in the prevention of a war between the cloud and fire nation. The cursed seal in the manga looks more like a Swastika, a religious symbol of the Hindus while the anime version is a large” X”. 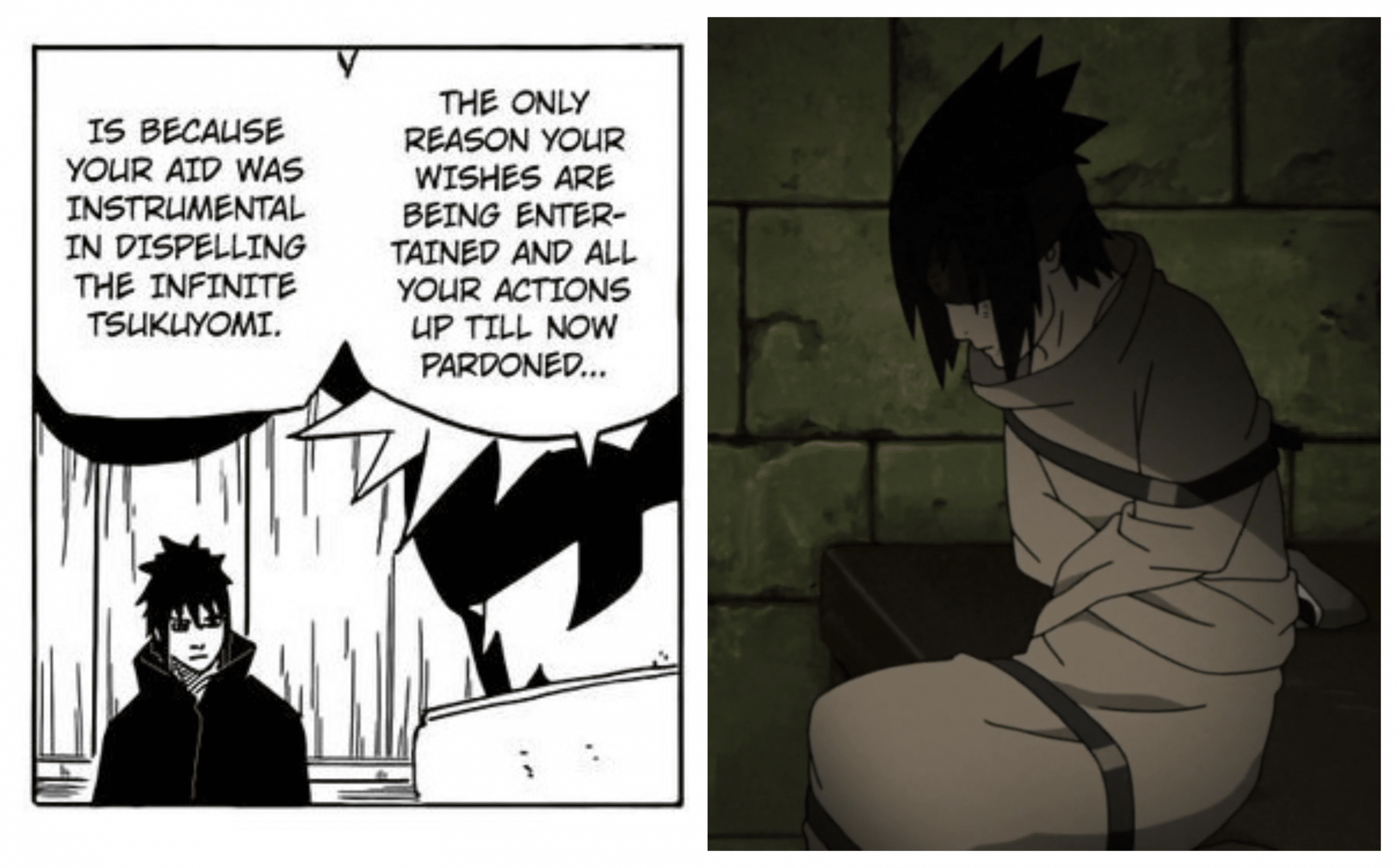 Uchiha Sasuke is one of the most complicated characters in the Naruto series. As Naruto’s rival, he constantly comes off as cold and stoic. Having faced trauma at a very young age, Sasuke dedicated his life to become stronger than his brother Itachi. After going over to the dark side with Orochimaru and his cronies, Sasuke returned to fight for the side of the Allied Shinobi against Madara and Tobi. In the manga, Sasuke was pardoned for his crimes in service of Konohagakure. In the anime? He was briefly imprisoned with his eyes sealed shut for a brief period. 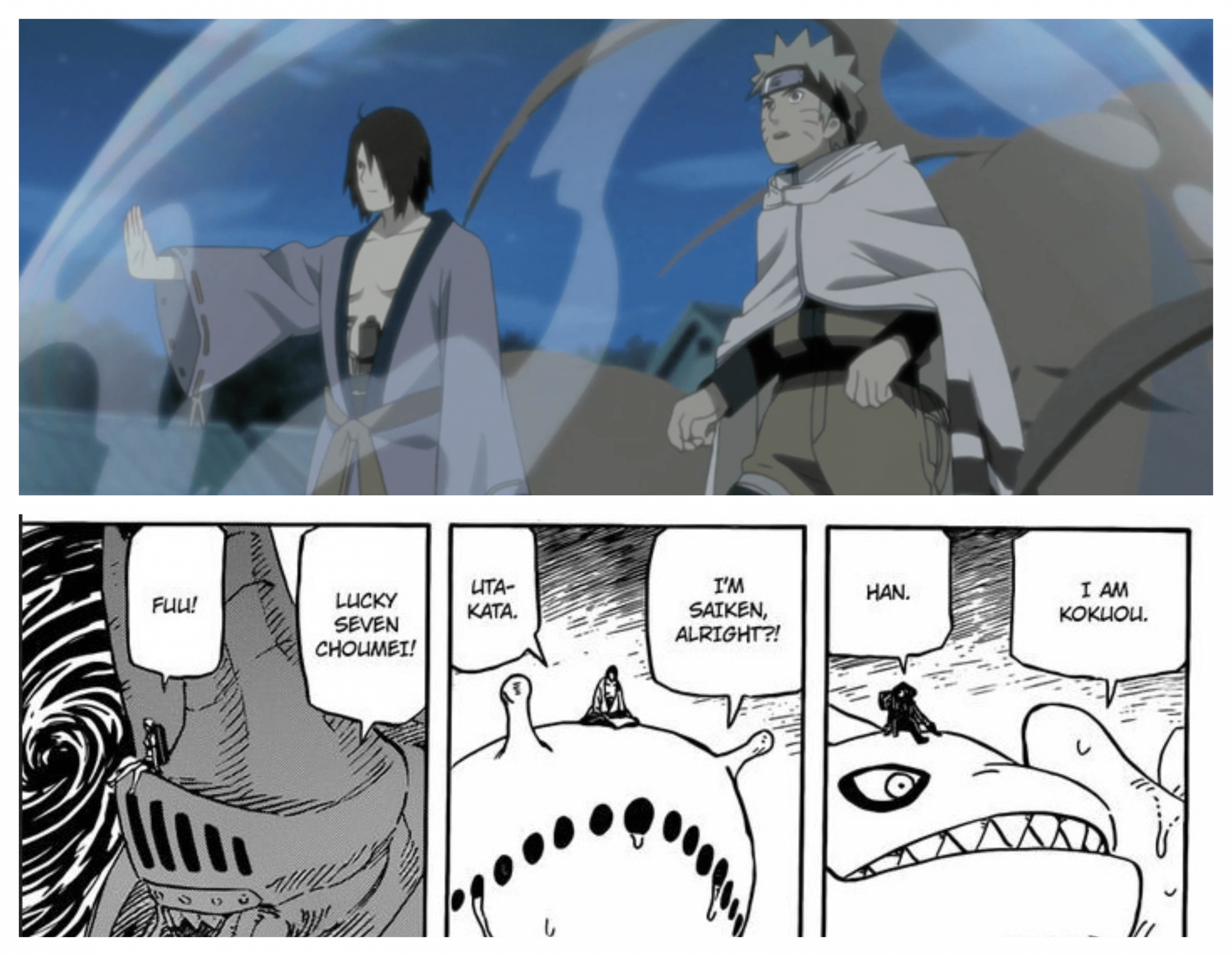 Utakata is the Kimono-clad bubble wielding Jinchuuriki of Saiken, the six-tailed beast. A Shinobi from Kirigakure specializing in water-based Jutsu, Utakata was unfortunately captured by the Akatsuki, and Saiken was extracted from him. The strain was too much and like the other Jinchuuriki, Utakata perished. In the anime, Naruto and Utakata crossed paths in a filler arc in the Naruto Shippuden anime. Utakata even notes their meeting when the tailed beasts and their Jinchuuriki communicate within Naruto during the Fourth Ninja War.

Isobu is the three-tailed Bijuu or tailed beast. Nohara Rin, Obito, and Kakashi’s teammate was forcibly used as a Jinchuuriki or vessel for the beast with an unstable seal. The plan was set in motion by Kirigakure. Rin forced Kakashi to kill her so that the beast would not run riot in Konoha. In the anime, Isobu also appears in a filler arc that sees Naruto and his friends go up against Orochimaru and Team Guren. Isobu also refers to meeting him earlier. Isobu and Naruto never met in the main manga’s storyline. 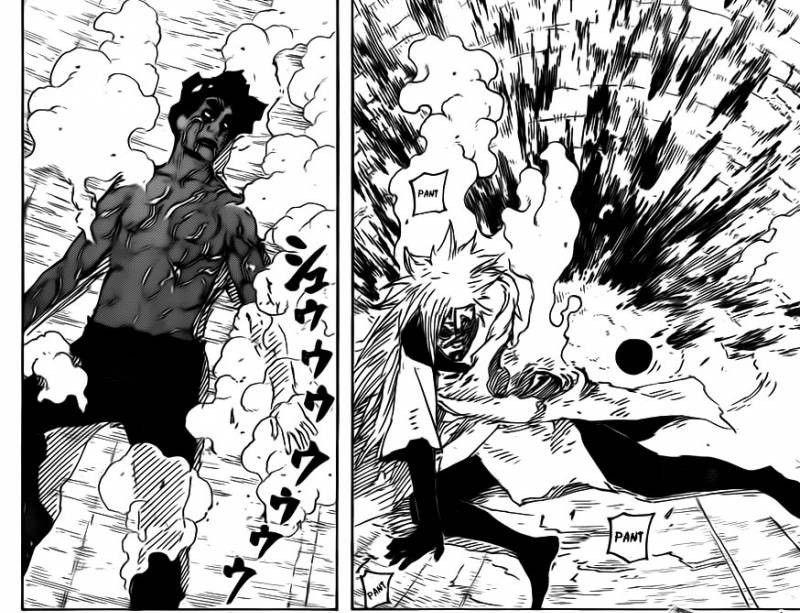 The anime and the manga have one glaring difference- there isn’t as much blood, gore, or viscera as compared to the pages of the anime. Not to say there aren’t any injuries. The anime does have its fair share of intense fights where characters get beaten to a pulp. The manga does all of that, but the damage the characters take is shown in much greater detail. In the manga, characters are more likely to cough up blood or display flesh wounds. The anime would have axed moments like those. 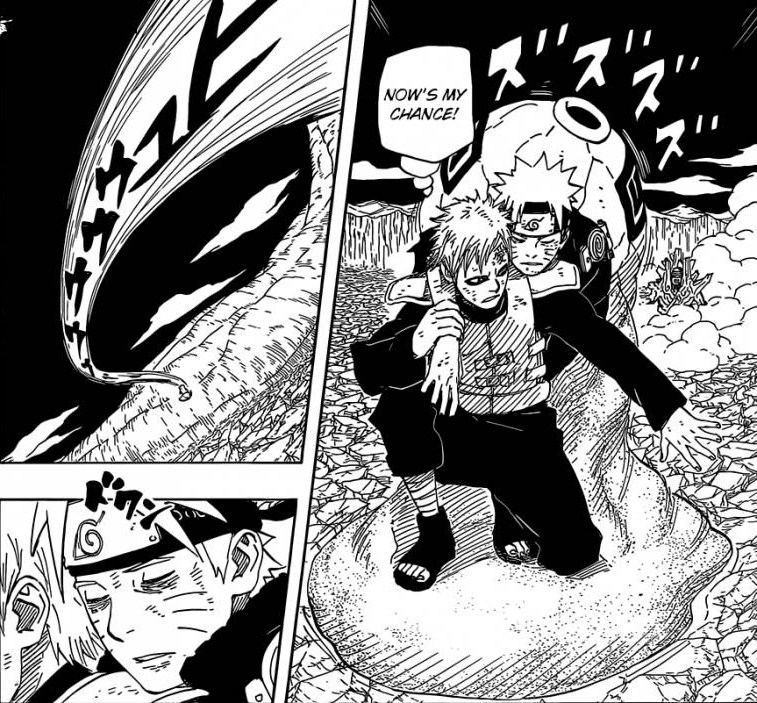 Sabaku no Gaara, Kazekage, the Jinchuuriki of Shukaku is a fan-favorite character in the series. Gaara’s character development has been hailed and lauded as he’s become a beloved fixture of the world of Naruto. Gaara’s transition from bloodthirsty child to a stoic Kazekage who’d give up his life for his friends is a treat for any anime watcher. However, Gaara is far more violent in the manga than in the anime, making it easier for him to redeem himself in the anime. At the end of the day, both manga lovers and anime watchers both love the stoic Kazekage and one of Naruto’s closest friends. 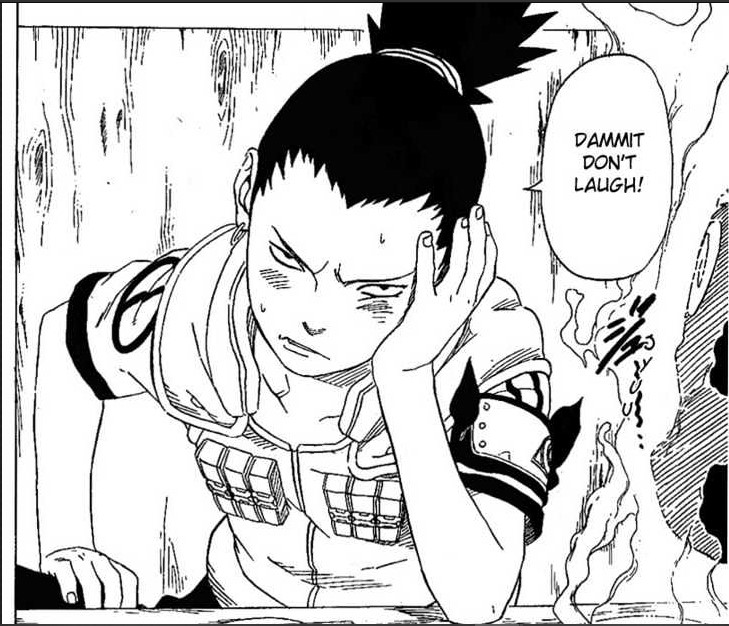 Shikamaru is widely regarded as the most intelligent character of the Naruto series. Shockingly lazy but equally brilliant, Shikamaru can outthink his opponents and turn the tide of any battle against them. Shikamaru is promoted to Chuunin after the failed Chuunin exams in the manga, while Naruto and Jiraiya are searching for Tsunade. In the anime, due to filler arcs like the Land of Tea Escort Mission taking up space, Tsunade promotes Shikamaru after she returns and is anointed as the Hokage. Shikamaru is also a Chuunin exam proctor in the anime but not in the manga. 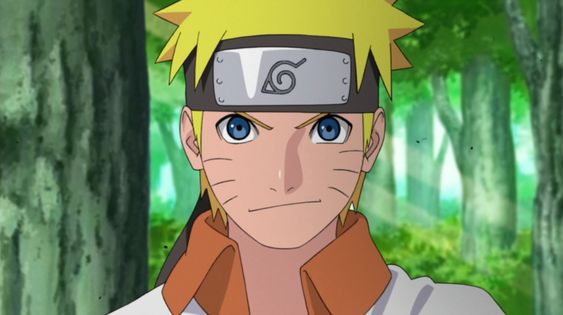 Ah yes. The good old time-skip. The best plot device to skim over a training period and bring in developed characters. Naruto and Jiraiya spent 2 years honing Naruto’s skills for upcoming challenges. In the manga, Naruto taught Konohamaru the Rasengan before the time-skip. In the anime, it happens after time-skip. Also, the person he meets after training is Kakashi. In the anime, he first meets Sakura and Konohamaru. He also meets Shikamaru and Temari on the streets in the manga, while in the anime he meets them while inside Tsunade’s office 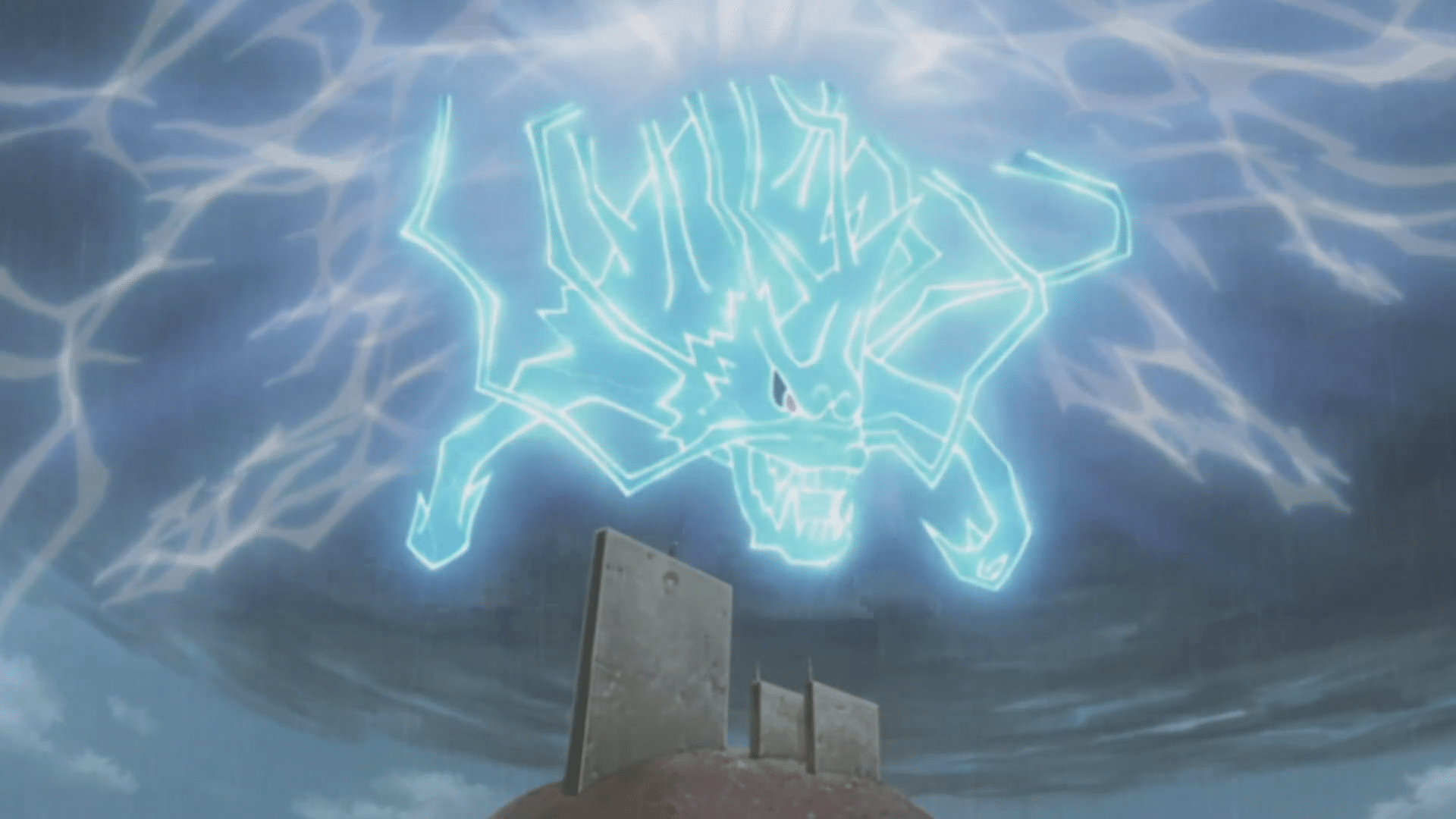 Here’s a bit of a shocker (pun not intended). Sasuke trained in lightning Jutsu hoping to use them on his brother, Itachi. The two brothers eventually met and had their final showdown. In the anime, Sasuke used a devastating attack called Kirin in a fight that obliterated Itachi’s Susanoo. The anime is the only place where he names it. He does not use its namein the manga.