Arkham Asylum is the place to keep the worst of the worst. DC created Arkham to store some of its most dangerous bad guys – from Joker to Harley Quinn to the Riddler; almost every villain has had some time spent inside the walls of Arkham. 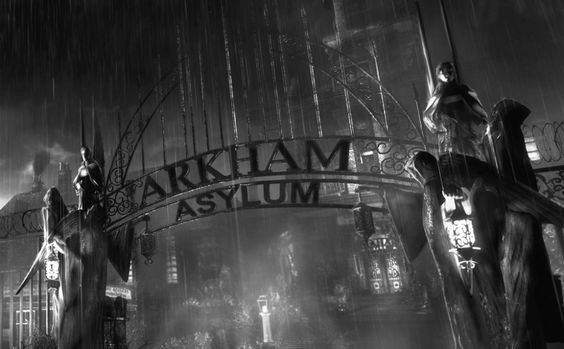 But let’s drop DC’s Rouge Gallery out of the picture, and look through Marvel’s. There have been many characters over the years who have had issues – some just handle it better than others. From Normal Osborne to Deadpool to Frank Castle, there are quite a  few who would make the list.

We are trying to keep it strictly Earth wise, so the likes of Mad Titan Thanos would not be making the list; as much as I think he should. Thus, when it comes to some of the most insane Marvel characters; let’s see who makes the Top 10 list to join our very beloved famed gallery at the Arkham Asylum: 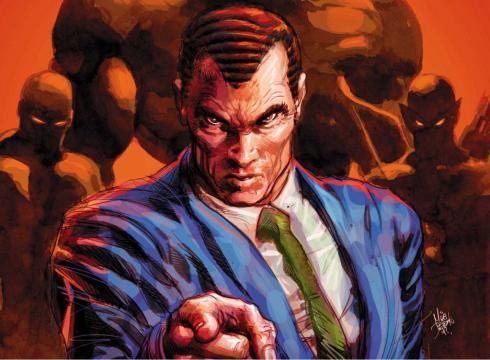 Norman Osborn turned mad faster than he turned green, even before taking the formula that turned him into Green Goblin. He was always fascinated with fascist dictators and megalomaniac villains; and was more than ready to join the ranks; even before taking the serum to become Spider-Man’s arch-nemesis. With no regard for anyone, not even his son Harry; it’s easy to see why he would be a perfect candidate for the infamous Arkham Asylum. 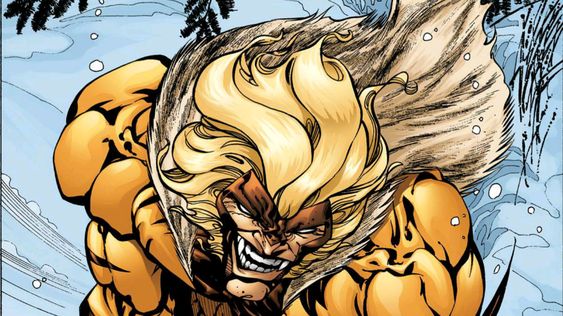 Sabretooth was once Wolverine’s only friend, who ended up being his arch nemesis. This mutant has no regard for anyone, completely driven by his blood-lust and animalistic instincts. He has killed a number of people, even so far as to killing Wolverine’s lover Silver Fox. And when put on trial for all the crimes he committed, Sabretooth failed to show any remorse, going as far as saying he would kill again at the next chance. That does make him a prime Arkham Asylum candidate.

Remember when Heath Ledger’s Joker in The Dark Knight said – “If you are good at something, never do it for free”; well, more than likely he might probably be talking about Bullseye, which we know, is not very likely! Bullseye is an assassin and a contract killer, but unlike most of his kind, he kills people for fun. He didn’t become an assassin for the money; but because he loves killing people, and so made a profession out of it. Arkham Asylum calling? Definitely! 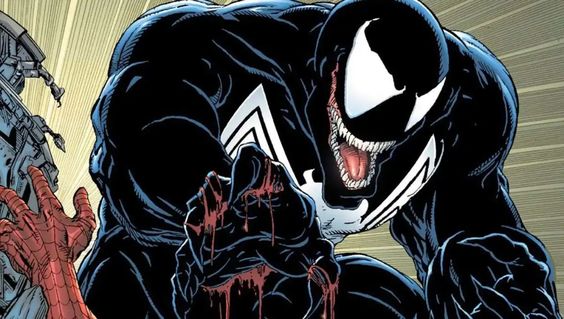 The very first thing that makes Venom an Arkham candidate is the whole split personality disorder thing. And also the evil, wanting to eat his enemies up thing. Eddie Brock has had to fight his own body and mind to gain control over Venom, who is stuck in him. The symbiote made him accept that he is and will never be alone, and accept the duality of his nature. And the whole making Eddie the head of a pretty unstable “family” is pretty messed up too. 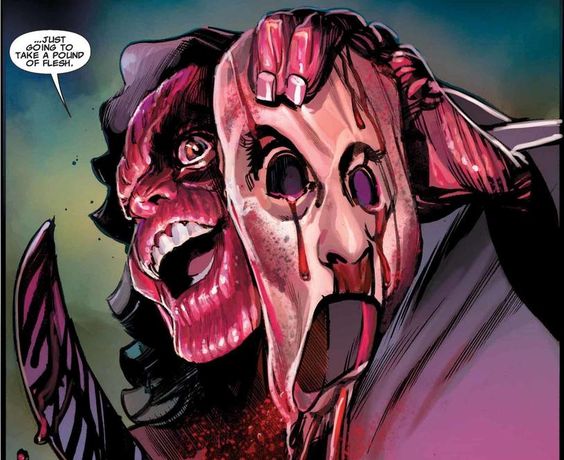 The Skinless Man, in terms of the other characters on this list, is much lesser know; his insanity though is in a much higher level. There was once an instance in DC comics where Joker had the Dollmaker rip his smiling face off; only to come back with his real face and terrorize Gotham. The Skinless Man actually has all his skin removed because of his mutation; but somehow finds pleasure in ripping off peoples body parts, including his enemies face. Arkham, here we come! 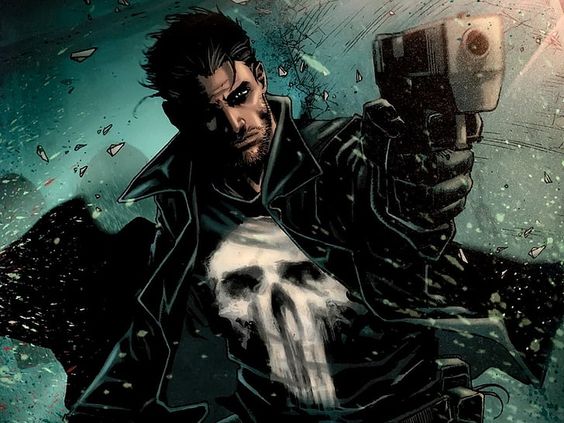 Frank Castle has been through a lot. Like, really, a lot lot! But that has also made him a bit too dark. After the death of his family, Frank lost everything; became the Punisher, and has been taking revenge on those who did him wrong. Unfortunately, he took it too far. He became so consumed with his grief and anger, that he took it upon himself to eradicate every criminal; becoming judge jury and executioner, and that in Batman’s eyes would definitely warrant a stay at Arkham. 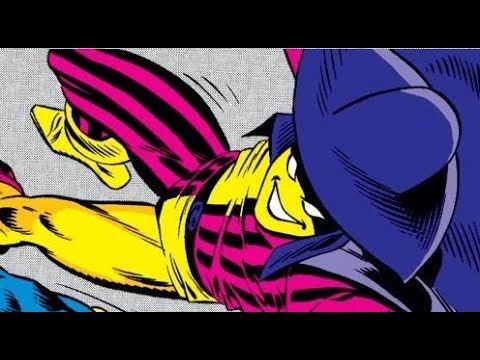 Madcap as a villain is pretty alarming. He got his powers from being exposed to a chemical that killed the rest of his family. It drove him mad, but also gave him healing capabilities. But that’s not all, Madcap isn’t happy being mad himself; he actually turns people around him mad too. He is so far gone in his head that he is incapable of feeling any guilt or remorse; so much so that when the Ghost Rider used the Penance Stare on him, he actually enjoyed the pain he felt. If anyone needs Arkham treatment, it’s this guy! 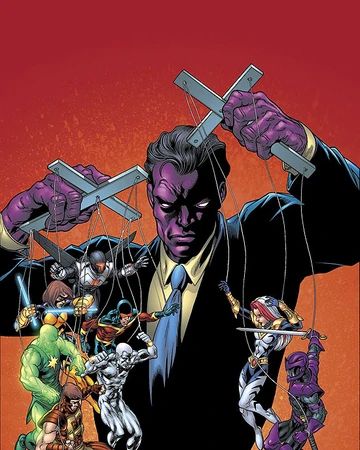 The Purple Man or Killgrave, as you’d remember from Netflix’s Jessica Jones, is a villain very few can actually face. Because of his pheromones, he has the ability to dominate anyone, including the superheroes; as we well know from his encounters with Jessica. He enslaves people inside their own mind, and that’s so much worse than simply hypnotising someone to do your bidding. He actually let’s his victims experience what their bodies are doing; by keeping their mind as prisoners inside those bodies. He definitely deserves a prolonged stay at Arkham. 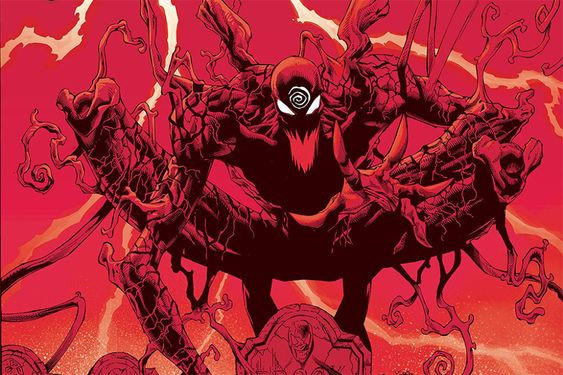 Cletus Kasady is a completely disgusting human being, with no morals or remorse; simply no redeeming qualities. There are very few serial killers that are as evil as him; who doesn’t even spare poor animals to torture and kill, let alone humans. With his similarities with Venom, and his symbiote nature, given Eddie is really Cletus’ dad; Carnage has been killing people, while driving the rest of the population mad at the same time. Arkham time? Yes, please.

Very few people would disagree that Deadpool is bat shit crazy! He is “usually” not the bad guy, keeping to killing the bad guys; but his insanity levels (most of which you have definitely not see in the Ryan Reynold movies’) are on pretty crazy high levels! He can be decent at times, but can also be very manipulative and impulsive and definitely dangerous. With his whole persona, it’s safe to say, a trip to Arkham might be necessary for him, whether it would help him or not, is a different matter altogether!