Tony Stark is one of the most Marvel Character. People know who he is, Iron-Man needs no introduction. He is a genius man with a very unique attitude. He is famous for his sarcasm and knows how to destroy his opponents, sometimes only with his words. His super-suit makes him even more powerful. But his  real superpower is his brilliance. He is intelligent and his problem solving skills and innovative ideas is what makes him a very crucial part of his team.

His armor protects him and helps him to fight the villains but what if he do not have his armor on? Does this make him weak. We don’t think so. He has proven in the past that he can defeat his opponents even without his super suit on.

Here we have a list of Marvel Villains that can be easily defeated by Tony Stark even without his armor on. 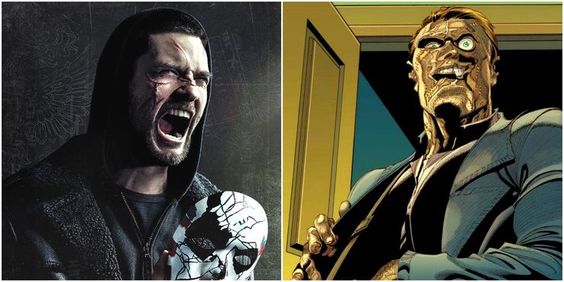 Jigsaw first debuted in a Spider-Man comic and then he became a villain in Daredevil and then he got into Punisher’s arc. Jigsaw do not have any superpowers but he is quite strong and is very skillful when it comes to hand to hand combat. But Tony Stark can take him. He can use his high tech weapons and his smart wit to defeat him. 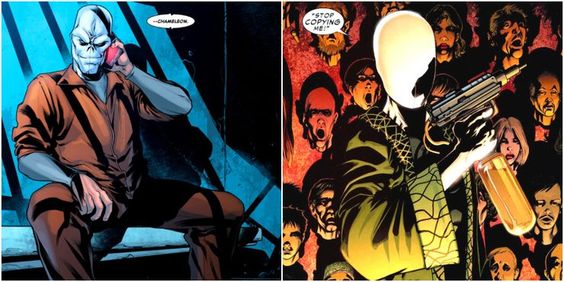 Dmitri Smerdyakov, also known as the Chameleon. He is a Marvel Villain with ability to cosplay anyone he wants to. He has the ability to turn himself into any person. But besides that he do not have any other ability or superpower. So it makes him a pretty easy opponent for Tony Stark. Mr. Stark is smart and can notice if something is off. So it is gonna be quite difficult to hide from him. And his high tech devices can also warn Tony if any dangerous stranger is around him.

3. Can Give Kingpin A Run For His Money!! 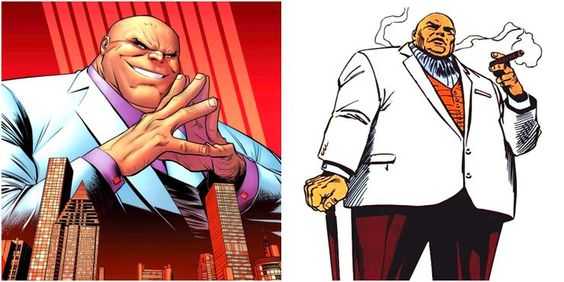 Tony Stark is a millionaire. He can easily afford to take over Hell’s Kitchen and can make Fisk lose his influence and power. Stark is a businessman and know how to buy and sell businesses. He can easily bribe the employees in Frisk’s inner circle. And without even using his armor, Tony can clearly kill Kingpin and make him lose all his power.

4. Tony Can Easily Defeat Him!! 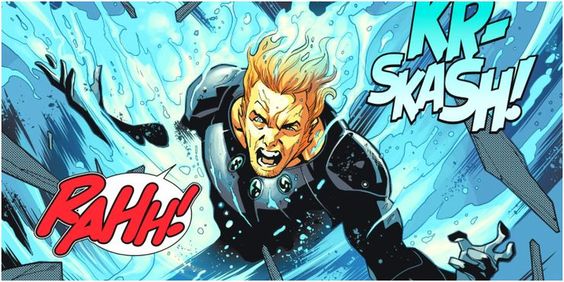 In the Amazing Spider-Man #212, Morris Bench became Hydro-Man. He has the ability to turn part of himself, or all of himself, into liquid. He is very a powerful villain and when he is in his liquid form his powers become deadly. Hydro might be a powerful villain but he does have some weaknesses too. Tony can easily freeze him or even give him an intense electric shock as his whole body is just water.

5. William Stryker Is An Easy Target!! 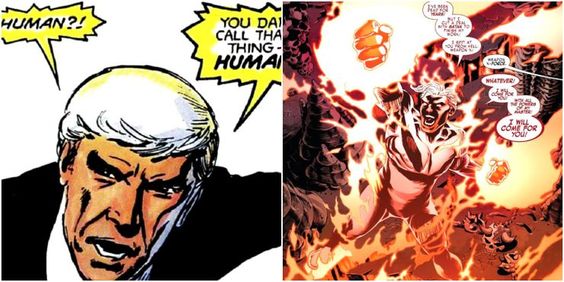 William Stryker first made his first debut in the graphic novel X-Men: God Loves, Man Kills. He is known for not liking mutants and superheroes and always trying to terminate them. He used to be a man, then he became a cyborg, and them a demon. What a journey! In any form, Tony Stark can easily defeat him. He can use his high tech devices to kill him. 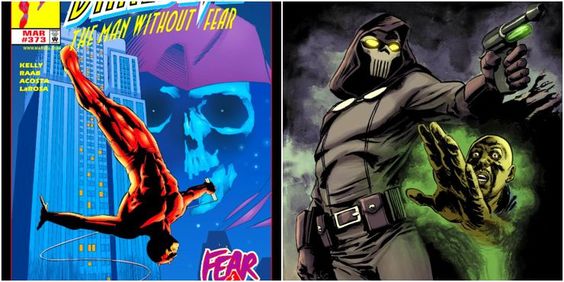 Mr. Fear is a Marvel Villain whose super power is that he can induce fear in opponent’s mind. He uses fear gas with secret pheromones that can cause fear. In the comics Tony Stark is an alcoholic, a narcissist, and due to this he has a lot of hidden insecurities and fears. He has dealt with his problems so we think he can control his mind and his body and easily defeat Mr. Fear and his fearful gas.

7. Spencer Smythe Can Be Easily Defeated!! 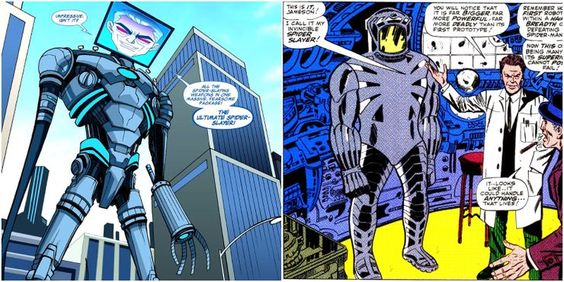 In Amazing Spider-Man #25, there was an inventor named Spencer Smythe who used to design killer robots and machines, called Spider-Slayers, to defeat Spider-Man. He do not have any superhuman powers but his intelligence was enough to make him a super villain. He created the original Molten Man. But he is not the only genius inventor, Tony can easily defeat him with his creations. So Smythe is not a big trouble for Stark as he is one of greatest inventors in Marvel.

8. Matador Is An Easy Target!! 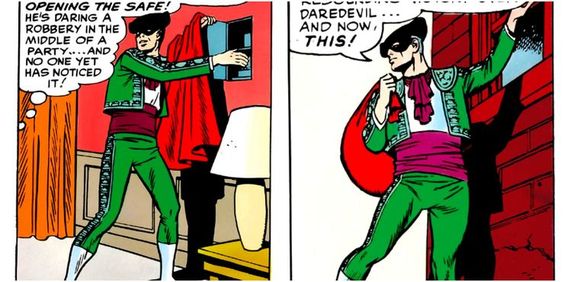 Manuel Eloganto also known as Matador who first appeared as a Daredevil villain in Daredevil #5. Matador is very skilled when it comes to swords and sword fights. He do not have any other super powers,  but his supreme physical strength and fighting skills make him a worthy opponent. But Iron-Man’s high tech weapons can easily defeat Matador, as he is not a superhuman he cannot take Stark’s deadly weapons. So it’s an easy win for Tony.

9. Tony Can Just Cut His Tongue Off!! 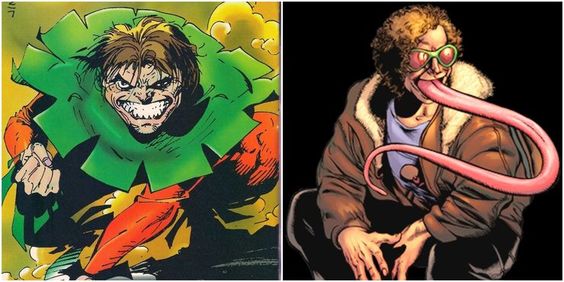 The Toad was a villain in X-Men titles, and appeared frequently as a member of Magneto’s Brotherhood of Evil Mutants. Toad is also known as Mortimer Toynbee and his powers are just like a Toad. He can leap like a toad, and has hypersensitive infrared vision, acidic saliva and he got a rock solid tongue that can easily destroy objects. But as we all know, he might be a strong toad but he cannot outsmart Mr. Stark. Tony can easily defeat him using his intelligence and his cool inventions. 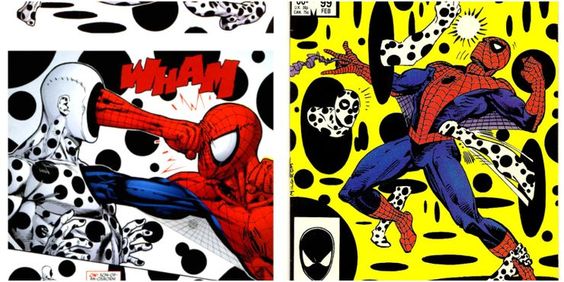 Johnathon Ohmn is also known as Spot, and has the power to create small portals and he can transport things through his skin. He can easily remove or shift the spots around his body. He is a tricky opponent. But Tony can use his various devices to use Spot’s portals against him. He can also tie him up just like Mark Waid did in Daredevil #1, he jumps into the portal and ties Spot up with his Billy Clubs. Or Tony can just easily destroy his portals using his latest technology weapons.

Tony Stark is an iconic superhero. You cannot imagine The Avengers without Tony Stark. He completes the team and fans just can’t get enough of him. Tony is not just a sarcastic rich man, he has proved it a lot of times that he can easily defeat dangerous villains and sometimes without even using his Iron-Man suit. Tell us in the comments what you think about this list.