The Yellow Lanterns are powered by the yellow spectrum of fear. They are made up of the scariest and most terrifying individuals in the universe who can strike absolute fear in the heart of men. Led by Sinestro, they have been a thorn at DC’s Green Lantern Corps side for quite some time now. Does Marvel have any villains scary enough to be a Yellow Lantern? Let’s find out. 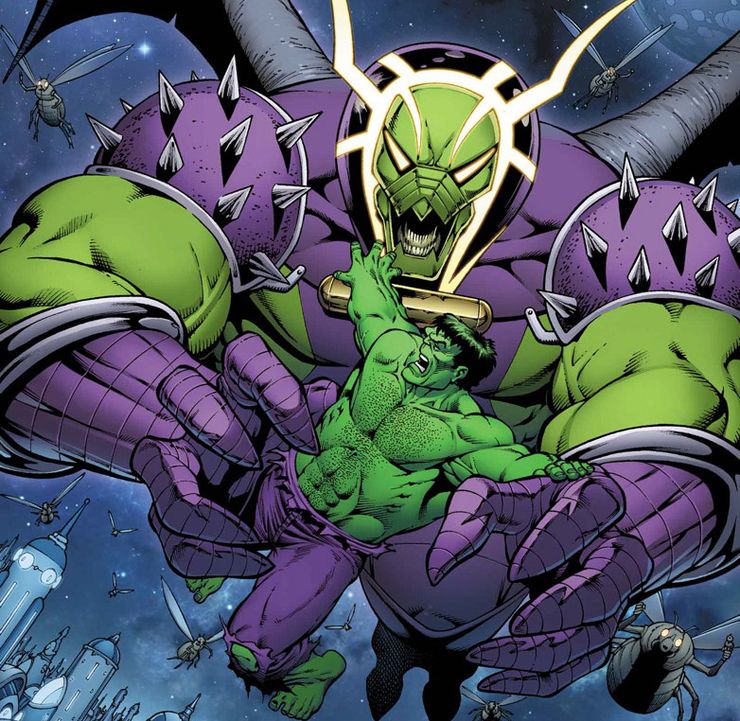 Annihilus was one just a mere insectoid creature, surviving in the negative zone. After he came into contact with a powerful artefact called the Cosmic Control Rod, he was forcibly evolved. Now a hyper-intelligent being, Annihilus set his sights on the entire Marvel Comic Book Universe. He amassed a massive horde called the Annihilation Wave. His sole purpose in life is taking over everything. As a supervillain, there is not anyone that demands so much respect and reputation based on the sheer element of fear like Annihilus does. His connection to fear is very, very high. Annihilus would make an amazing Yellow Lantern. 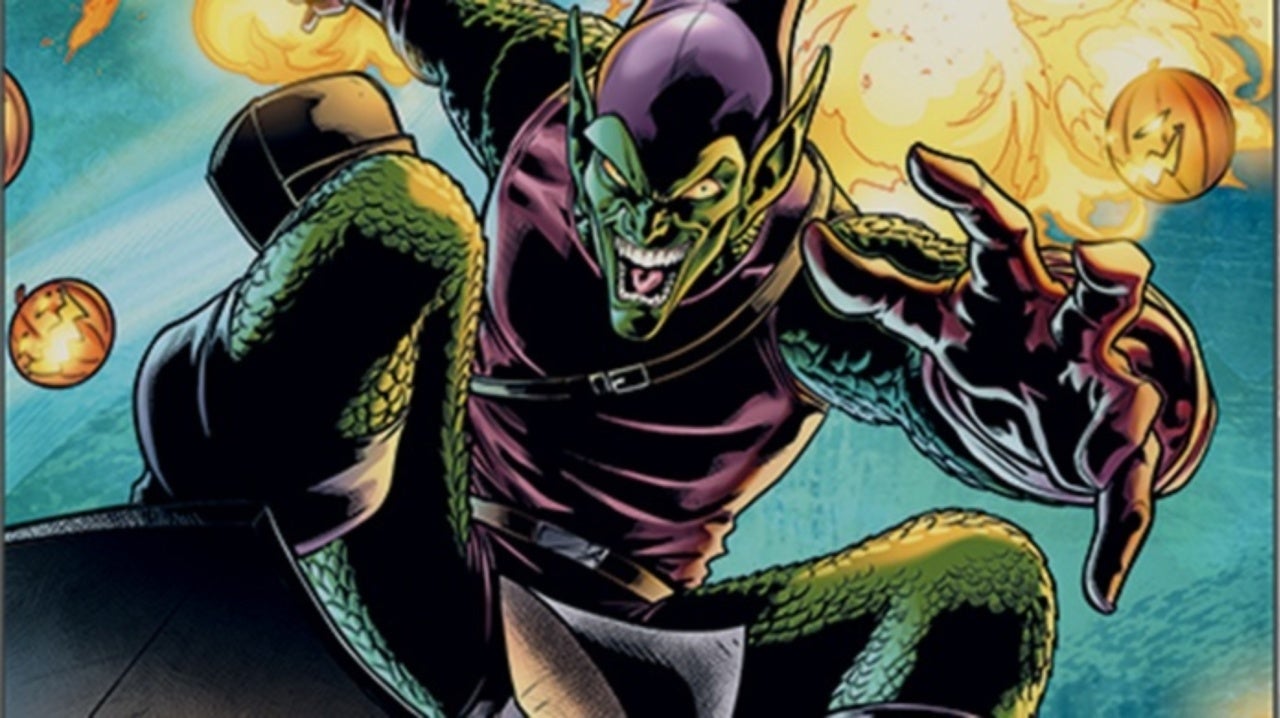 The crackling maniac has been a nemesis of Spider-Man since eternity. Armed with the potent but mentally destabilizing Goblin formula, Norman Osborn becomes the Green Goblin. The Green Goblin has had multiple run-ins with not just Spider_Man but also the X-Men, the Fantastic Four, and the Avengers. During the Dark Reign story arc, Osborn even managed to become the President of the United States. Post Osborn’s assuming of office, he led to the destruction of New Asgard. The Green Goblin is worthy of the mantle of the Yellow Lantern. 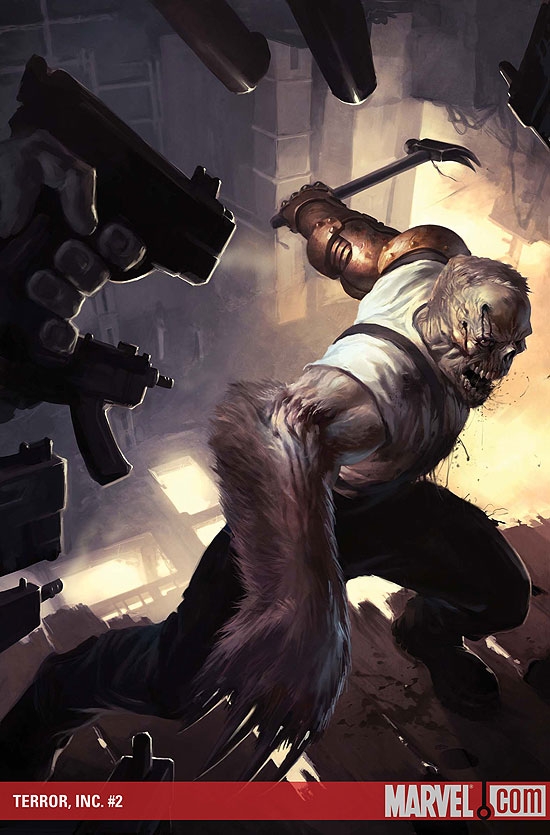 This is one villain you may have never heard. But trust us, this guy is pretty scary. Over the years, Terror has fought Daredevil, the Punisher, Luke Cage, and even the Wolverine. The guy is pretty much immortal. His powers allow him to replace any part of his body with parts from other animals and human beings. It never mattered if the organism Terror is stealing the body part from is alive or dead. He gained his powers after fighting a demon. The only constant part of his body that never changes is his head, which has kept rotting ever since. As the name suggests, Terror is a scary looking villain who could invoke in his enemies the amount of fear necessary for the Yellow Power Rings to draw power from.

The Mad Titan has schemed multiple times to try and become the rule of all creation. He has travelled back in time, tried to absorb the heart of the universe, and even managed to collect the six Infinity Stones and use the Infinity Gauntlet to wipe out half of all life in the universe. Thanos is a conqueror. He literally is a God to many of his cult worshippers that are scattered all across the cosmos. Sinestro would welcome Thanos into the Yellow Lantern Corps with open arms just for the amount of tenacity and ferocity he brings to the fight.

Long before the universe came into existence, there was absolute pitch black darkness. Called the Great Void, it is where the world’s first living entity lived and thrived – Knull. When the forces of creation led to the Big Bang, the resulting light threatened Knull and his territory. The Celestials fought Knull, who wanted to keep the light at bay. During his war with the Celestials, Knull created the Necro-sword, the only weapon powerful enough to kill a Celestial in a single blow. Knull is also the God of all symbiotes, since he was the one who created the symbiotes to act as his soldiers. With such a fearsome look and a terrifying set of skills and abilities, Knull would make an awesome Yellow Lantern since he once made even the Celestials cower before him.

One of the oldest villains of the Marvel Comic Book Universe, the Red Skull is the leader of Hydra, an infamous terrorist organization. Hydra’s aim is to take over the world and keep it under absolute control and order. They believe humanity is not fit for the notion of free will and freedom. The Red Skull is one of the most terrifying villains the Avengers have ever faced, having managed to survive literally anything the heroes threw at him. His reign of terror and tyranny is enough to earn him a spot in the Yellow Lantern Corps.

In the DC Universe, cosmic beings have been taken in as members of the Yellow Lantern Corps. So an entity liked Galactus would also make for a good candidate. The scariest part about Galactus is his insatiable hunger. When he is hungry, Galactus devours entire worlds. With the Power cosmic in his grasp and being powered by the energy of the Big Bang, Galactus is a force to be reckoned with. His very name strikes fear in the heart of any civilization. If you see Galactus approaching your planet, you don’t fight. You jump into your emergency rocket pod and escape to another world.

No villain in the Marvel Comic Book Universe has ever even come close to hold the level of power Doctor Doom has managed to. The ruler of Latveria was born to a witch. When he grew up, Victor Von Doom managed to use his intellect to conquer several scientific disciplines. He would then later turn his focus to master wizardry and magic. Doom is one of the few villains who even the Avengers think twice before crossing paths with. With expertise over magic as well as science and a keen strategic intellect, there is no one on the Marvel Comic Book Universe who can take on Doctor Doom one on one and live to tell the tale. 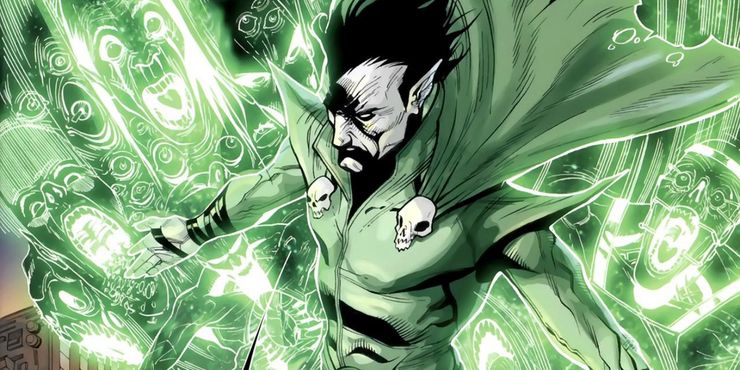 Nightmare is the ruler of the Nightmare Dimension. As the lord of the dreamscape, he draws his powers from all bad dreams. A recurring Doctor Strange villain, Nightmare is set to appear in Doctor Strange in the Multiverse of Madness. In his dream dimension, Nightmare can bend the laws of physics and change the very fabric of reality as he sees fit. Since he literally draws his powers from scaring people while they sleep, a Yellow Lantern Power Ring is going to be a suitable weapon for him.

Even before Cletus Kasady became the avatar of slaughter and destruction, he was already one of the world’s most psychopathic serial killers. He was so dangerous that his violent tendencies ended up corrupting the very symbiote that was supposed to take over his body. Carnage is not to be trifled with. He will kill in an instant and maim his foes just for the fun of it. For him, violence and bloodshed is as normal as breathing or walking. May the odds be ever in the universe’s favor if Carnage ends up wearing the Yellow Power Ring.