Game of Thrones may have the carnal pleasure and the violence to boot, but its primary USP is its epic storytelling. Here are some anime that have plot twists and turns so great they sometimes put even the mighty Game Of Thrones to shame. 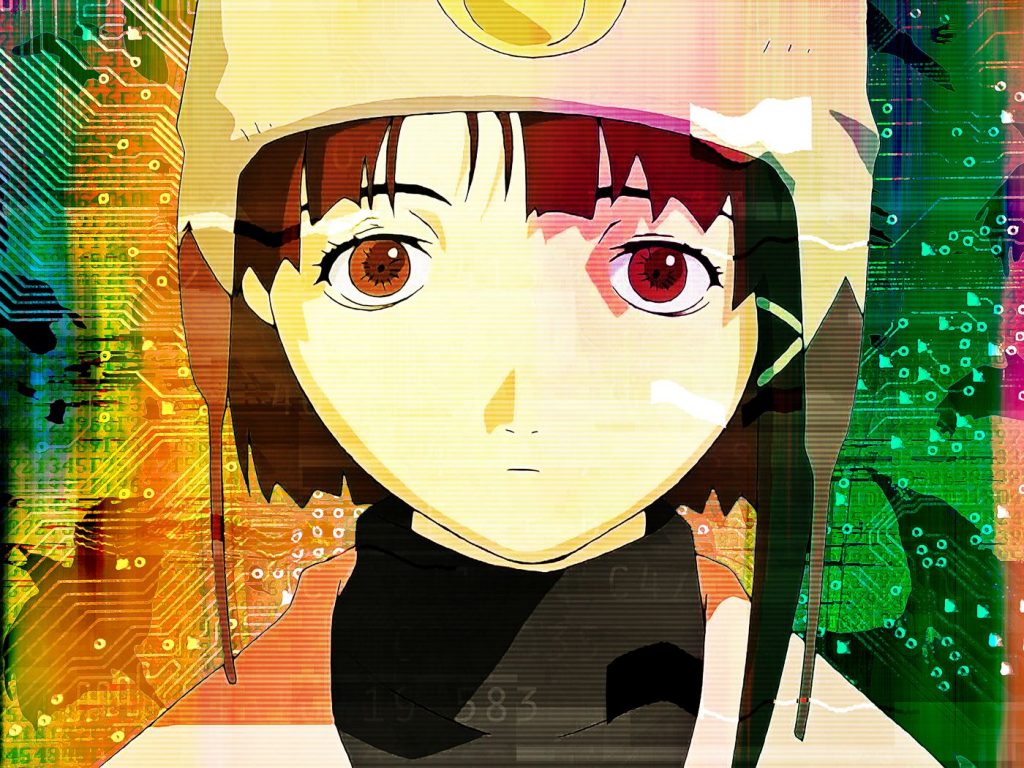 The anime, for all its worth, is still way ahead of its time. It is not easy to address the concept of individuality and consciousness. Where do we end and the world begin? Does the world really exist or is it just a grand simulation of perceptions, a trap we might never get out of? That is the core of the premise of Serial experiments Lain. Lain Iwakura is a mere 14 year old boy who has a chance encounter with the Wired, a bizarre communication network. After one of his classmates somehow connected to the Wired is killed, Lain Iwakura is pulled into a grand conspiracy. There are so many twists and turns and so much weirdness that you have to watch it a dozen times to get a grip over the story arc. 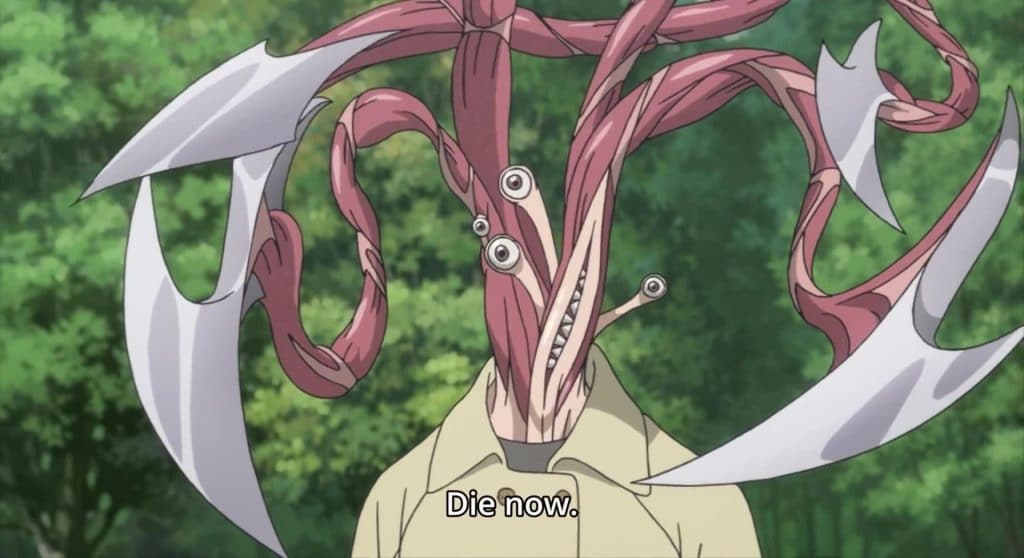 Parasite is not for everyone. It has its ups and downs but it remains true to what it promises – you will never find out what’s going to happen next. Shinichi Izumi is a high schooler who right hand gets possessed by an alien parasite named Migi. Migi and Shinichi become allies and try to fight the other Parasites that secretly live in and plot against Earth. The series is know for its ultra-violence. The story keeps you on your toes. You will never know who might die next. Parasyste is a must watch for horror-anime fans. 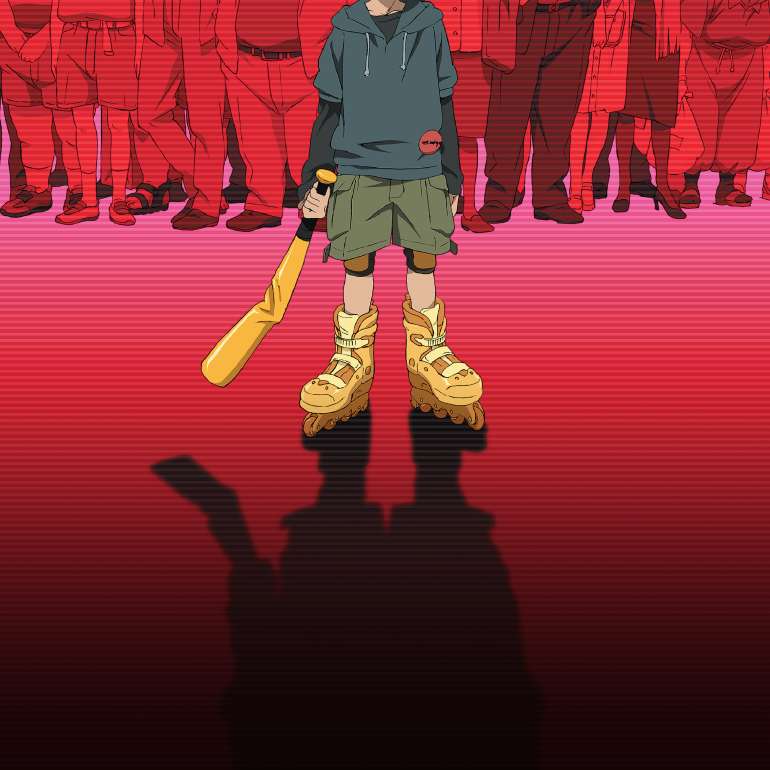 This is one of the final works of the legendary Satoshi Kon. Once you hear this name associated with an anime, rest assured some truly bizarre mind-blowing stuff is about to happen. Paranoia Agent takes us to a city where a mysterious mad-man by the name of Lil’ Slugger is wreaking havoc. Otherwise known as Shounen Bat, his attacks seem random and erratic. But it is throwing the entire city into panic. This mass hysteria proves to be even more dangerous than Lil’ slugger himself. Two detectives are forced to race against time to stop the golden bat and roller blade wielding mad-man from creating further chaos.

You May Also Like: Anime’s 10 Strongest Sibling Duos, Ranked 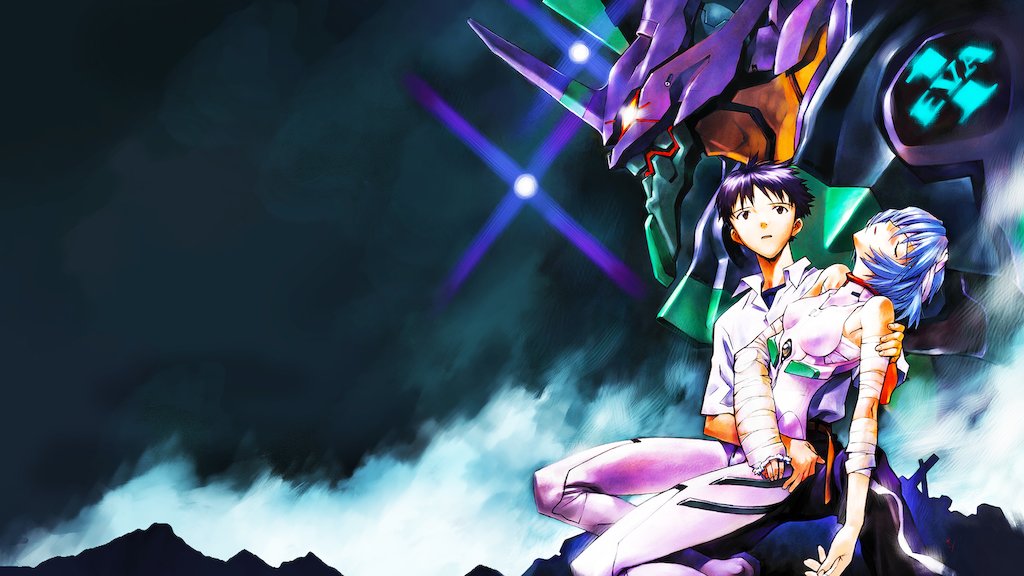 Neon Genesis Evangelion sits atop a throne that will most likely never be usurped by any other anime. The series is an absolute master class and a cult classic for a reason. Angry young teenagers and the casual approach to bloodshed is just one of its many qualities. After the world seemingly ends, Tokyo-3 happens to be one of the last bastions of humanity. 15 years after the catastrophe, a group of cyborg monsters called the Angels descend down on Earth and create further havoc. Each episode of Neon genesis Evangelion carries heavy symbolism and no matter how many times you watch them, you will be uncovering something new you did not notice the last time. 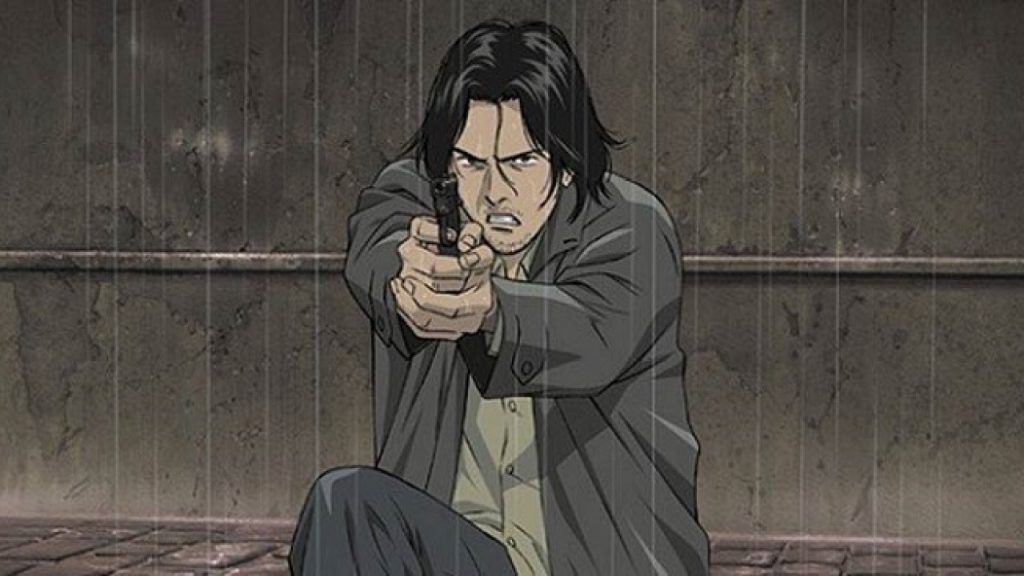 Monster is pretty much like Death Note but without the supernatural elements. There are no Shinigami or magic notebooks that kill people. But like the name suggests, there is indeed a monster. Doctor Kenzou Tenma is a brilliant surgeon who is faced with a moral dilemma – save the city mayor or a young boy who was admitted before him. Tenma chooses the latter. Little does he know, there will be severe, world changing consequences for his choice later on. A string of murders leads to Tenma realizing the boy he saved might be a criminal mastermind who has grown up to become the titular “Monster”. Tenma is also on the run from a detective, who suspects Tenma is responsible for the crimes. This is a slow-burning thriller with mind-numbing twists if you have the patience to sit through it. 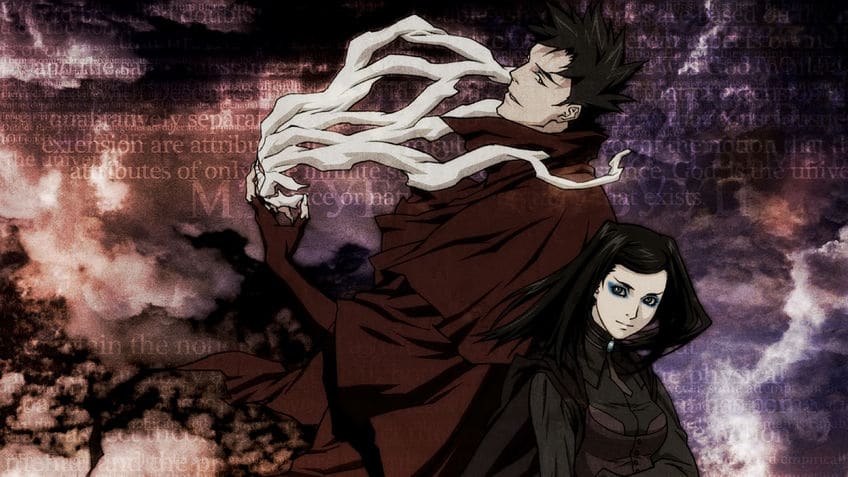 Believe it or not, it’s not Ghost in The shell that stands at the summit of the cyberpunk genre. It is Ergo proxy, an underrated and very less talked about anime every Otaku should be aware of. an ecological catastrophe wipes out all of humanity. What is left of mankind finds shelter in a huge sprawling city called the Domed City of Romdo. Romdo is a city where man and machine co-exist simultaneously. To aid in humanity’s eventual recovery, robots known as Autoreivs have been built. There is just one problem though – a mysterious virus is affecting these Autoreivs. called the Cogito Virus, it makes them self-aware. Erfo Proxy is a very layered and subtle anime that makes us question the meaning of life and can Man ever play God. 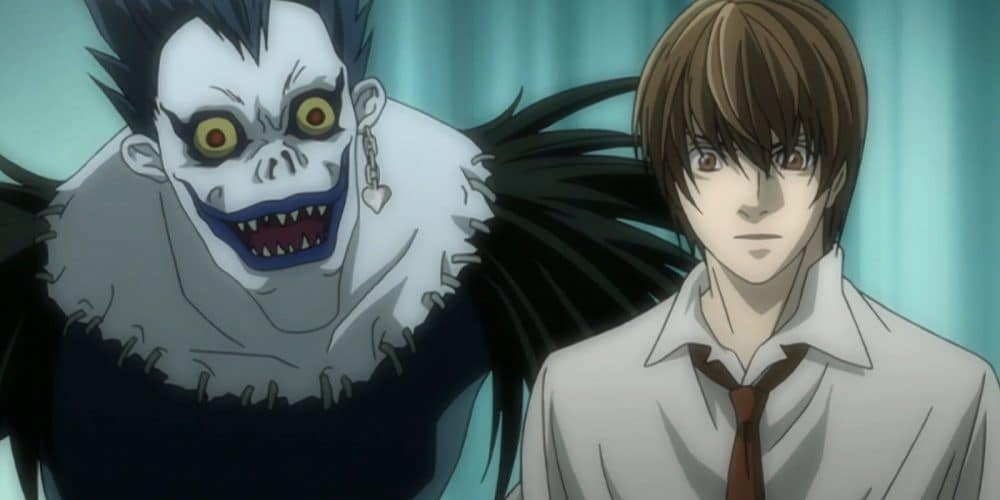 For many its just Death Note, for the actual fans it is actually a series of crazy plot twists. A God of Death gets bored with the world and his job and grants the ability to magically kill people to a random stranger who happens to find the Shinigami’s notebook. The notebook is a weapons of mass destruction. In the hands of the random stranger, who just so happens to be a brilliant genius, it becomesa force to be reckoned with. Light Yagami wants to rid the world of all evil. There is just one small hiccup though. He is pitted against the world’s most formidable detective – L. 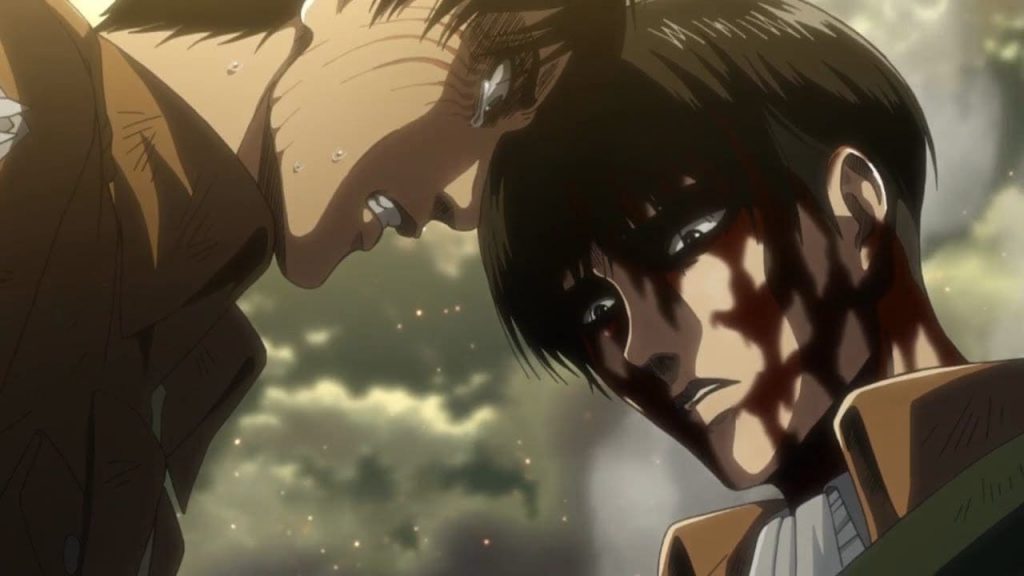 Attack On Titan was always going to use brutality and violence in ways the anime world had never seen. From episode 5 itself, we started to get a feel of how the anime would turn out to be. The lead protagonist ends up being eaten by a man-eating Titan!! That’s how ruthless the show was. As the series progressed, more dramatic twists and turns adorned its storylines. The source material of attack On Titan has plenty of plot twists in the bag. There are so many epic reveals it would make your head spin. No fan would ever be able to predict any of them. We can assure you. 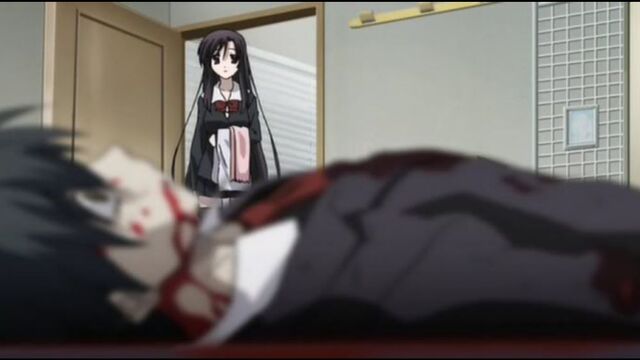 School Days starts out as just another high school romantic drama series. But if you have managed to make it to the end of the show, the picture of a boat sailing into the sunset will give you PTSD and nightmares. It is not always you find a generic romance anime end in an absolute bloodbath of a conclusion at the end of its final episode. The more interesting fact will make you step back even further. the final episode of School Days was supposed to be aired on a day where there was an actual massacre in the real world. To make sure the viewers are not able to predict the twist ending, the studio changed the date of the last episode’s broadcast schedule. A 30 minute clip of a boat sailing around Norway was shown instead, immortalizing the “Nice Boat” meme.