Galactus is easily one of the most beloved and hated characters of Marvel universe. Fans have been watching/reading this character since more than 40 years now inspite of his purple armour and spiked helmet. His actions have helped in shaping events more crucial than Thanos and today we’ll tell you 10 things which make him an interesting character. 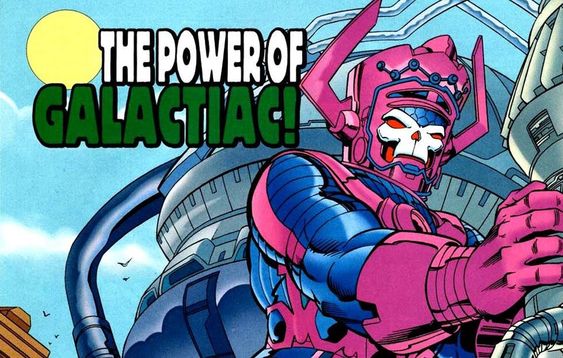 Amalgam comics were the ones which established the union of Marvel and DC comics and we could finally see what the merged characters of both the universes would look like.

Iron Lantern is another example of the amalgamation of both the universes but in its truest sense, Galactiac was the blend of Brainiac and Galactus and he likes to travel around the cosmos looking for intelligent life. When he finds a planet with life, he drains it to recharge his own energy cells but instead of destroying the remaining, he rather shrinks it to preserve it for future. 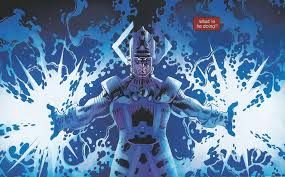 He was first introduced in Fantastic Four #48 but his origins weren’t explained until Silver Surfer #1 where it’s told that when Surfer’s home planet of Zenn La was about to be destroyed, he flew to him to bargain for him to spare his home which was accepted by Galactus. He placed his hand on his and transferred his powers into him making him the Silver Surfer.

Over the years, he has made heralds of many people including Terrax, Firelord, Destroyer, Nova and even the Human Torch. 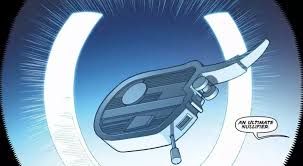 He is first living being of this universe and the last of the former. He is responsible for maintaining life balance across the multiverse by consuming billions of people at once and is termed as an unstoppable force who isn’t afraid of anything.

But he is scared of a device called Ultimate Nullifier which was first introduced in #50 Fantastic Four which is constructed to stop him from consuming Earth. It’s a very powerful device which has the capability of rewriting existence as per the user’s will. He left Earth forever after Silver Surfer helped the Fantastic Four to get their hands on the device. 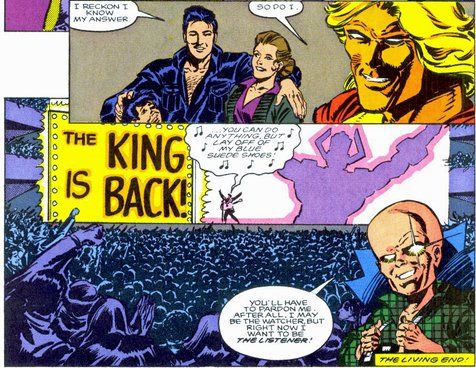 The What if series of Marvel used to alter its characters and have a little fun with them and in one of the issues, Thanos used the Infinity Gauntlet to transform Galactus into an Elvis Impersonator and he quickly got popular on Earth.

He had everything: good looks and the sound to make it big in the country and we see Adam Warlock coming with Infinity Gauntlet and offering to change him back to Galactus. He refused to this and continued performing as Aaron Presley on Earth. 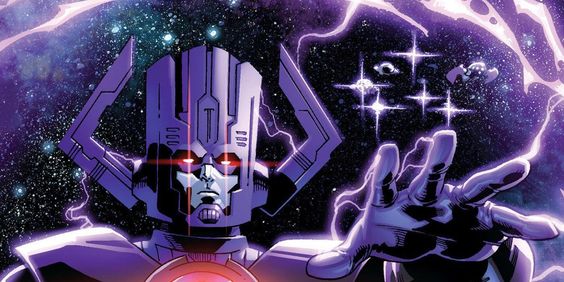 He is said to have emerged from the cosmic Egg as a being consisting of pure energy but he always maintained a physical form. Technically, he doesn’t use the Power Cosmic, he is the Power Cosmic.

He has shown his power by making heralds of people and transforming his energy into them and making them powerful. He can be termed as God and he spends his time consuming life forces but has also resurrected life when required. The Power Cosmic has no limitations and it allows him to do anything he wishes to, even faster than the speed of light. 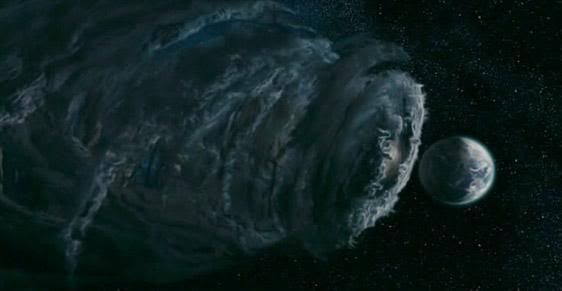 He is a huge humanoid who wears ugly purple armour. He even has a funky goatee. But why? I mean, he can be anything. It’s simply because he’s an elemental force which cannot be perceived by lower life forms.

For a human, he appears like a God but for other species, he could look anything which suits their ideology. It’s said that each interstellar saw Galactus differently. Insects saw him as a giant spider while robots saw him as a non-organic lifeform. 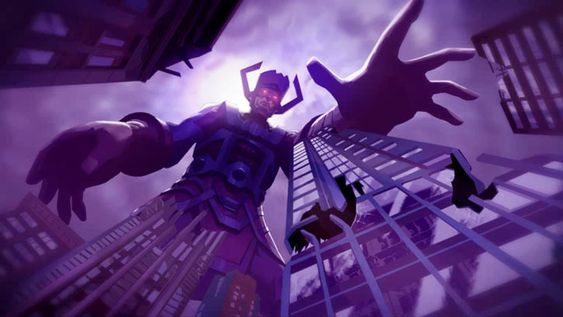 He is gigantic; we all know that. But his size is not at all certain. He can alter his size and in ROM #27, we saw Galactus grow as big as a star fitting with rage after he was attacked with acid by the Wraiths.

He can shrink too and isn’t limited to a particular size. He doesn’t like doing this because he likes to show his supremacy over the lifeforms and after he’s defeated by Fantastic Four, his body begins to shrink which shows that his size is relative to the energy he contains.

He can consumed planets along with the lifeforms on it but he isn’t limited to just this. If he’s hungry and you wish he isn’t, he can devour any living entity in the cosmos. In one of the issues, he becomes the target of The Seven Elders who plot to kill him with a hope that it will create a new Big Bang resulting in a new universe. They thought that they could become the lone survivors and can become more powerful in the next universe. Alas, Galactus wasn’t happy about this and just like that, ate five of them! This even gave him indigestion and he ended up restoring them back to life. He even tried to eat cosmic entity Epoch and Wraithworld in one of the issues but was thwarted by Fantastic Four and Gravity.

He has a purpose and that is to bring a balance between life and mortality; thereby wiping out half of the life. In Hercules: Twilight of God, we get to know what happens in the far future when he seeks to fulfil his appetite. He continues to eat until he eats something which he shouldn’t have.

He ate a planet and it made him collapse into a Black Hole but this again, didn’t stop him. He continued sucking in everything that strayed too close to him.

Hercules sacrificed his life to deliver a White Hole Bomb into the black hole and this resulted in an explosion and transformed him into Cosmos. This flipped Galactus and he stopped eating planets and instead started bringing life all across the universe. 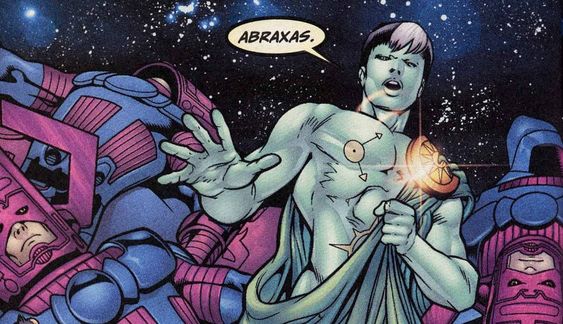 Most beings hate and fear Galactus and obviously you cannot build a great reputation for eating and destroying planets. There have been times when people have formed a team to stop him and in one such instances, they succeeded.

In the series, Galactus, the Devourer in 1999, he loses his life after Silver Surfer turns his life consuming machines on him. He turned into a star but this wasn’t it. His death allowed Abraxas to come in the scene and no one wanted this.

Abraxas is the representative of destruction and once Galactus was dead, he started his spree of destruction. Galactus was brought back to life by Franklin Richards and Valeria Von Doom and this got Reed Richards in trouble as he faced many trials for bringing back Galactus to life but was saved by Eternity who insisted that his resurrection was necessary to kill Abraxas