Almost everyone has a crush on a celebrity. Whether they’re a singer, an actress, or a former Big Brother contestant, some of the most popular questions friends ask one another are frequently about the subject. But even superstars have celebrity crushes, and the occasions they’ve met in person are the ideal mix of uncomfortable and cute. Certain celebrities, some of whom are Hollywood A-listers, have been extremely open about their feelings for other individuals. Jennifer Lawrence, Cole Sprouse, and Tiffany Haddish have all expressed their love for Larry David, Jennifer Aniston, and Michael B. Jordan, in that order. Others, like Drake, have made no secret of their adoration for celebrities like Rihanna and Nicki Minaj. So here are some more examples of celebs meeting their celebrity crushes. 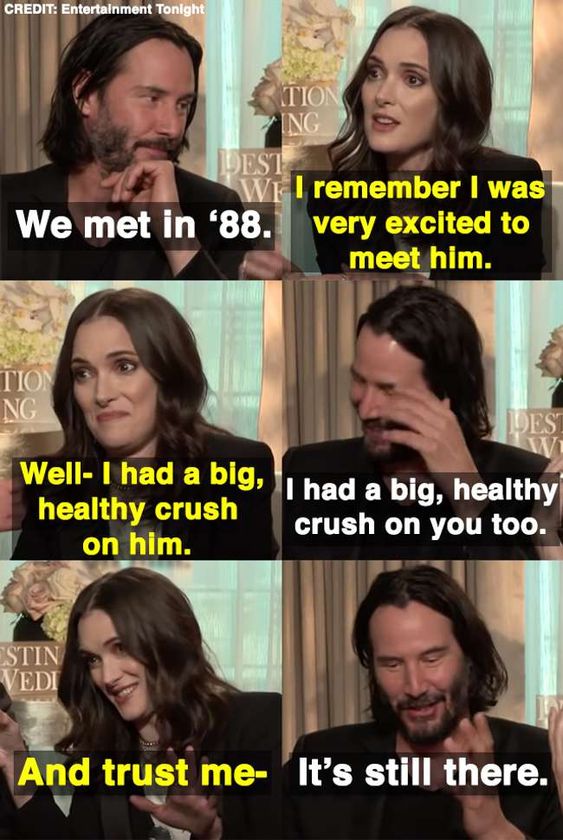 Winona Ryder and Keanu Reeves said during the promotion of their film, Destination Wedding, that when they met at the Independent Spirit Awards in 1989, they both had enormous crushes on one other. The couple also mentioned that their crushes had not dissipated. 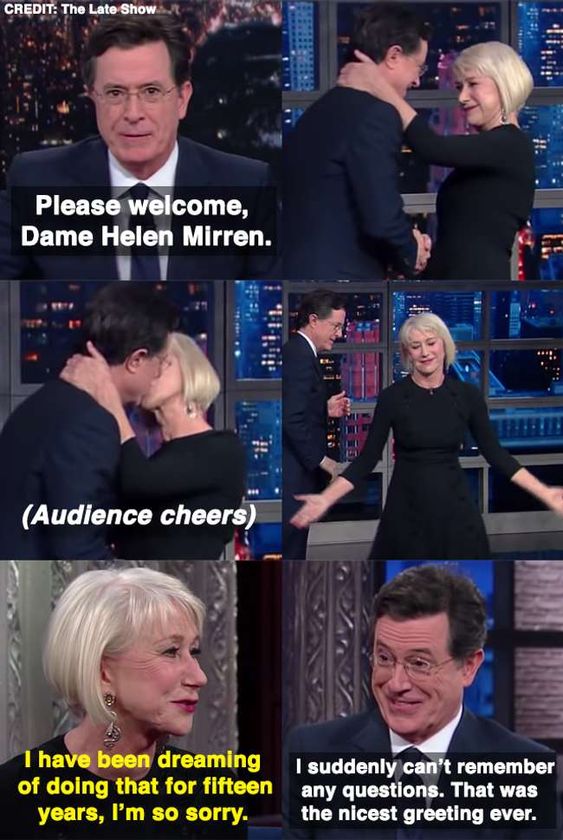 Helen Mirren offered Stephen Colbert a brief peck as a hello when she appeared on The Late Show. This rendered Stephen dumbfounded, and Helen acknowledged that it would have been her only chance to make the move. 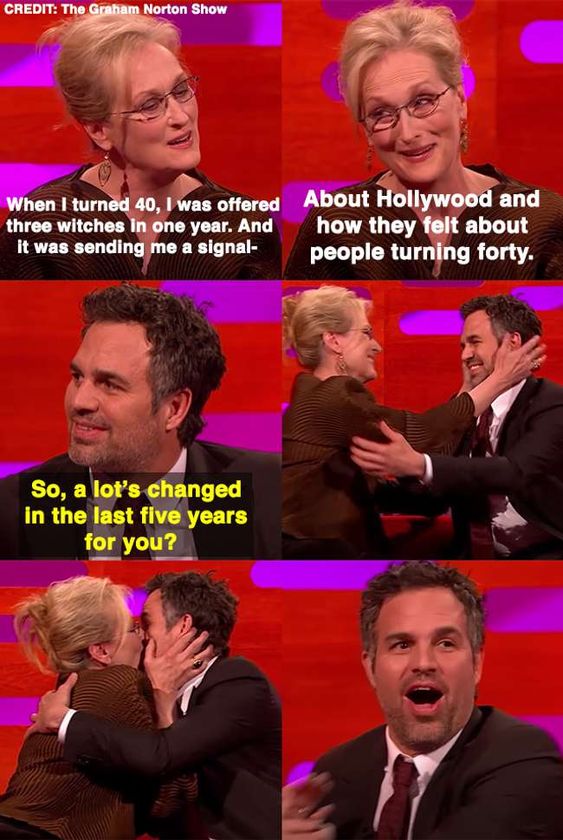 Mark Ruffalo paid tribute to Meryl Streep on The Graham Norton Show. The two then exchanged a brief kiss, leaving Mark Ruffalo thrilled for the rest of the conversation. 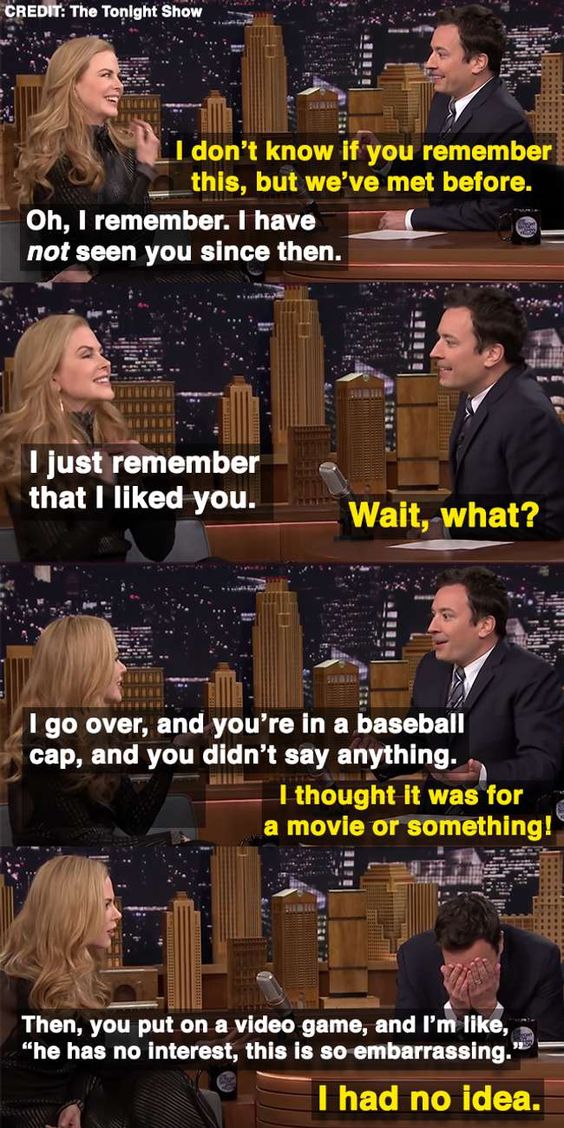 When Nicole Kidman came on The Tonight Show in 2015, the two immediately began talking about their first (and only) meeting some years earlier. Jimmy assumed they were meeting to discuss a movie part, while Nicole assumed it was a date. Jimmy plainly had no idea, and I suppose their fate was fated to be different. 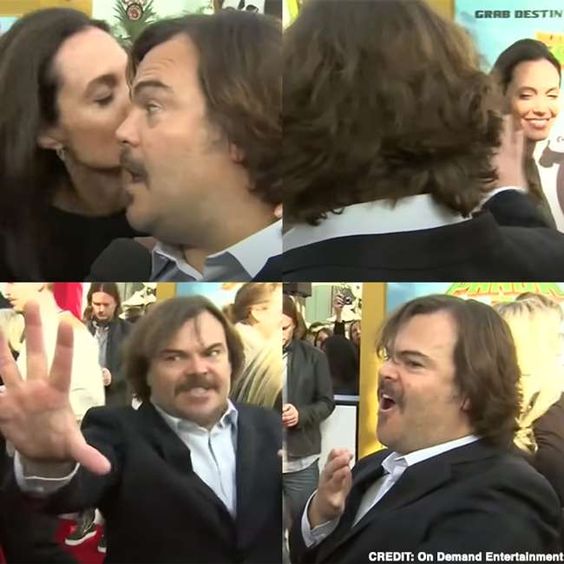 Angelina Jolie shocked Jack Black on the red carpet for Kung Fu Panda 3 with a peck on the cheek. The two had already met, but Jack Black’s hilarious reaction was everything. 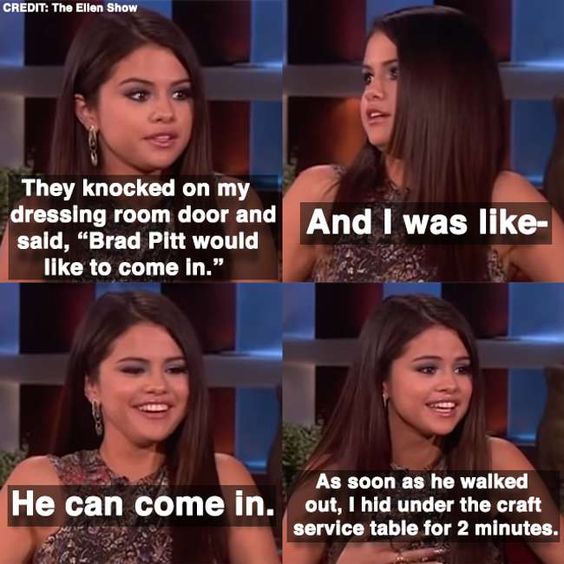 Selena Gomez said on The Ellen Show that she had just met Brad Pitt for the first time. Brad Pitt’s children were great fans of Selena and wanted to take a picture with her, and Selena was star-struck. 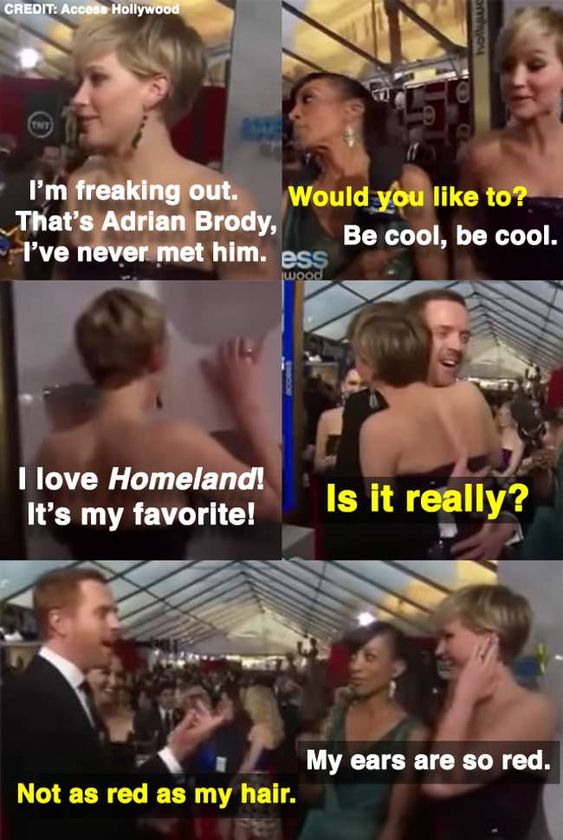 Jennifer Lawrence noticed her Homeland love Damian Lewis interviewing right next to her as she was doing an interview with Access Hollywood. When the two saw each other, they finally met, and it turned into a pleasant double interview. 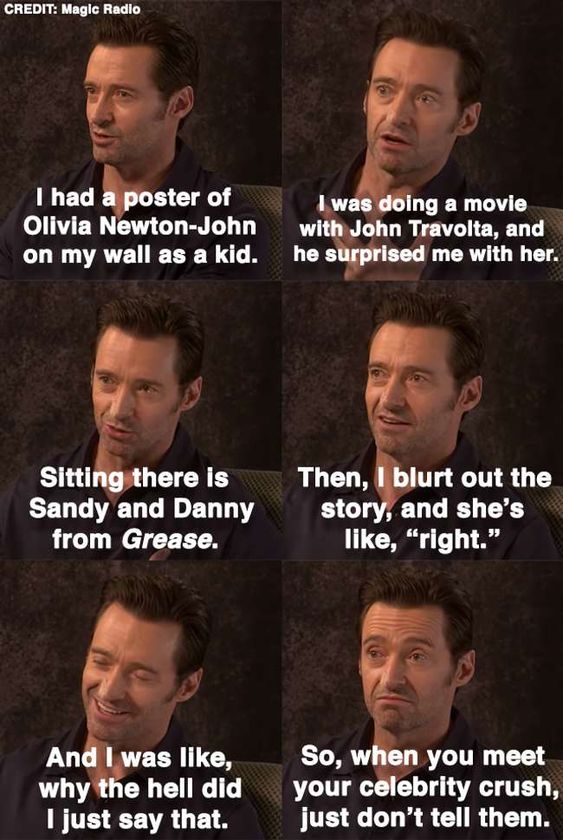 Hugh Jackman was once asked as a child who his celebrity crush was. He quickly responded to Olivia Newton-John, telling her about their uncomfortable first meeting. 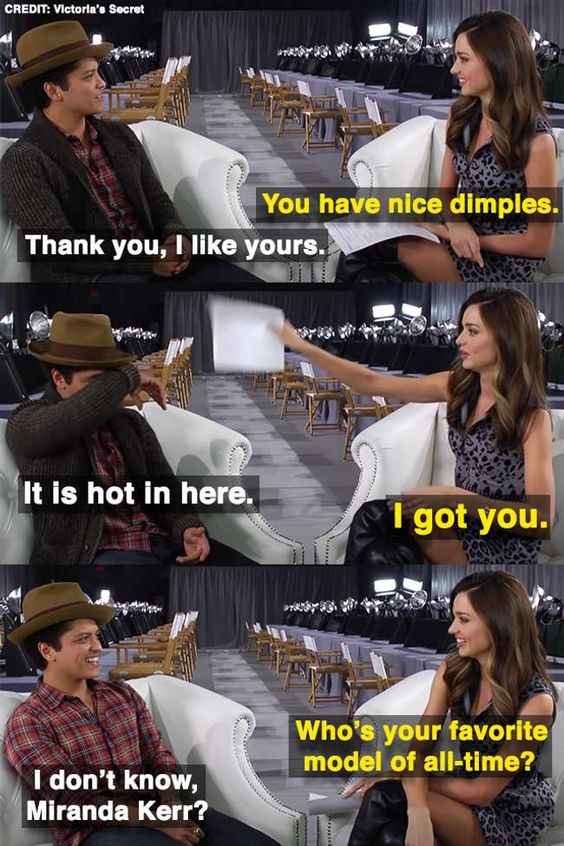 Bruno Mars interviewed Miranda Kerr before performing at the Victoria’s Secret Fashion Show in 2012. The two started complementing each other right away, and they even finished the interview by performing a duet of You Are My Sunshine.

1. Emily Blunt And The Backstreet Boys: 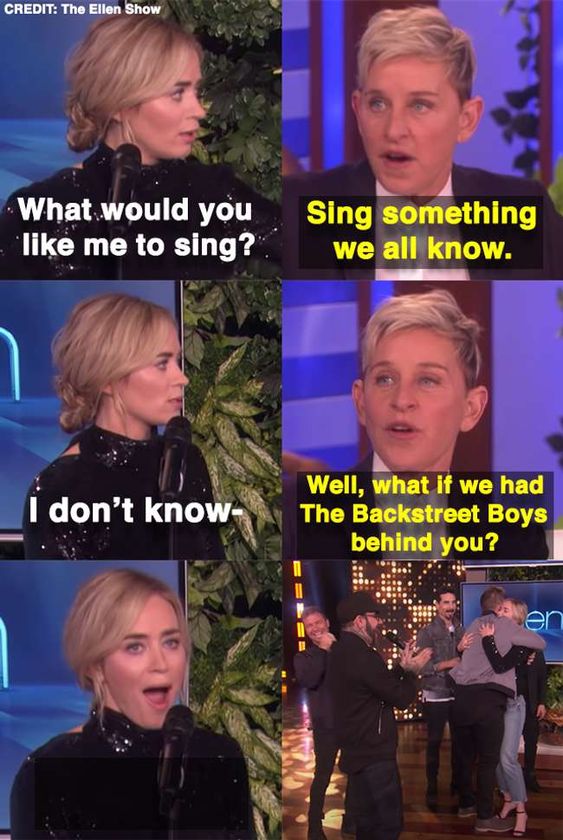 Emily Blunt was invited to sing a song for the crowd on The Ellen Show. Emily was stumped for a song, so Ellen enlisted the Backstreet Boys to join her. They then proceeded to perform a fantastic a cappella performance of “I Want It That Way.”

So, yes, these are the 10 more celebrities who met their celebrity crush. Well, what a moment it is when you, as a fan, get to meet your favorite celebrity. Think about what a celeb would feel while meeting his celebrity crush. Will it be legit? We at Animated Times have collected some of the best moments when celebrities meet their celebrity crushes. Have a look at them in the list above and let us know your thoughts on these moments in the comments section below. Until then, keep reading Animated Times, the perfect place to get a closer look at the entertainment industry, upcoming movies, TV series, celebrity gossip, and much more. We’ll have you covered. Keep reading animated times, guys, for more.