Deaths of fictional characters in movies or TV shows have quite an impact on the audience. Some come out of the blue, knocking us out of our seats, while some we see coming a long way. And while some leave us feeling incomplete, some deaths turn out to be very satisfying. Remember when Commodus died in Gladiator?

This satisfaction can be for a lot of reasons. One, they are horrible people and deserve to die, and the audiences have been waiting with a baited breath for it to happen. Second, it’s how they find their redemption in the story. Or maybe, this is their happy ending – how the story ends, and no they are at rest, at peace.

So after much deliberation, we bring you 10 such fictional character deaths, that were quite satisfactory to the audiences: 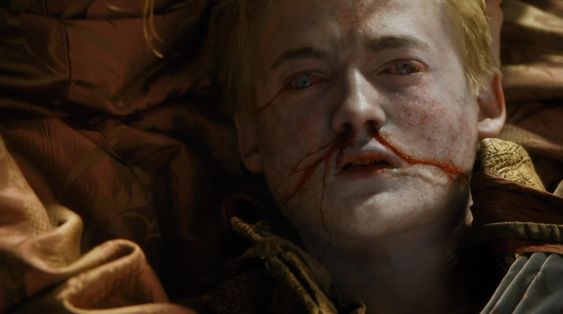 Joffrey Baratheon was probably the most hated character in Game of Thrones – especially during the first few seasons. Or well, until he died! After everything he did, all the deaths he caused, and the many people he hurt it was so satisfying to watch him die so painfully and cruelly at his own wedding day. The death, as well as how it was executed, were both perfect.

The Warden deserved a far worse death than what he got. But the fact that all his misdeeds had led to his demise, was very nice to watch. In his fear of what would happen, if he was incarcerated and left to live out his punishment at the very prison that he once ran? That was enough to have the Warden shoot himself with a revolver and die before he could be arrested.

You led to death of Daisy, so now you gotta die my friend! Iosef Tarasov is probably one of the most harmless villains in the John Wick franchise, and didn’t really have a lot to do in the movie. But it was him that catapulted the events, which led to the death of John’s beloved dog Daisy. So when John simply walks up to him, after looking for him for so long, and shoots him point blank? Very satisfying. 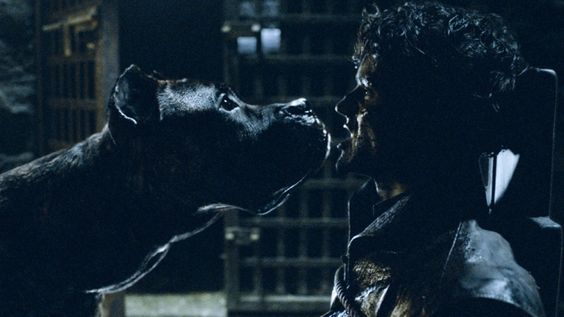 Ramsay Bolton was a sadistic asshole, who deserved everything he got at the end. The best part was, his own hunting dogs killed him after being starved for so long. And the fact that his death was delivered by Sansa – the one person, other than Theon, who suffered the most at the hands of this bastard. So yeah, as far as satisfying deaths go, this is definitely one of the very best ones.

Death of Gollum came at the same time as the Ring was destroyed. Smeagol had died long back, all that remained was a version of him which was completely consumed by “his precious”. So it was quite fitting that both their end came together. This is probably how he is finally free from the curse of the ring, and death can bring him some peace.

Anakin Skywalker dies long before Darth Vader did. The moment he chooses to walk away from the Jedi life, and become a Sith, Anakin died and was replaced by the cruel Darth Vader. But at the end, he redeems himself a little when he sacrificed his life for his son. Anakin dies killing the Emperor to keep Luke safe, but his death was still very satisfactory.

The whole story of Inigo Montoya’s life is to take revenge from the Six Fingered Man – Count Rugen, for killing his father. After losing the first duel, Inigo waits for 20 years before he can avenge Domingo’s murder. This long wait is what makes the finale so sweet, as he finally kills the Count for what he did to his father.

Audiences have wanted Voldemort dead since the very first movie of the franchise. And when he gets resurrected in The Goblet of Fire, and has Cedric killed, that sentiment goes up tenfold. After countless deaths, like James and Lily, Snape, Dumbledore, Sirius, Lupin and Tonks,  Fred; when the last horcrux is destroyed and Voldemort is powerless, it is simply amazing to watch him fade away.

Scar was probably one of the most manipulative characters Disney ever created. After how he kills Mufasa and manipulates Simba into thinking that his died because of him; when his own time comes, Simba’s death becomes one of the most satisfactory ends to a movie. 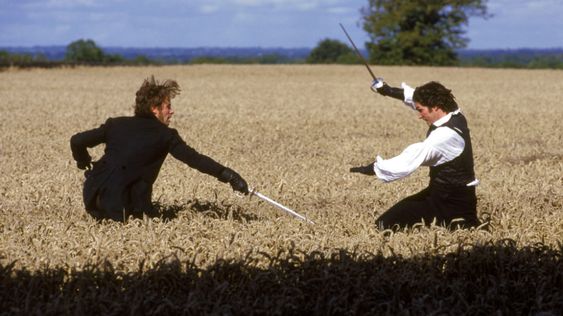 When Dantes’ enemies – mostly his backstabbing best friend Fernand dies, that will always be one of the most satisfying deaths in pop culture history. Alexander Sumas wrote this novel with the theme of revenge in mind. And the way Dantes destroys each and every person who wronged him, is immensely enjoyable.