Whether it is about Harry’s parents or Lord Voldermort, no one actually had an easy journey in Harry Potter. But who had the most tragic backstory? 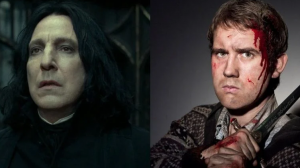 For a plot that is filled with splendor and magic, Harry Potter’s world is significantly dark. Just when it looks like everything is going to get normal and it won’t get much more tragic, each sequel introduces some prominent heartbreaking details about some other character.

The main plot of Harry Potter’s storyline is the fight and battle against Voldermort, which is harrowing enough. But, apart from Harry Potter, these 10 characters also had to face their personal and familial issues.

With that said, these are the 10 most tragic backstories of Harry Potter characters –

She only shows her softer side on occasions such as Dumbledore’s death or when she is required to defend and protect the students from Dolores Umbridge. But the non-nonsense transfiguration professor mostly stays calm, quiet, and hidden and there is a reason behind it. JK Rowling revealed the reason back during the days of Pottermore.

Minerva is the child of a Scottish Presbyterian minister and a witch. The minister husband reacted poorly to his wife’s abilities and background. To avoid repeating the history, Minerva called her wedding off since the groom was a Muggle. She later gets married to a colleague from the Ministry, who dies three years after their wedding. That is perhaps why Minerva’s character has a tough exterior.

Despite being one of the friendliest characters of the Harry Potter franchise, the world has always treated Hagrid in a bad way. Hagrid’s mother left when he was three years old, and his father died when he was in his second year.

The real kicker showed up when he got set up by Vodermort and then Tom Riddle as the person behind opening the Chamber of Secrets in Harry Potter and the Chamber of Secrets. As a result, he got subsequently expelled from Hogwarts. Dumbledore wanted to have him as Gamekeeper. Thus, this kind of punishment was not something that Hagrid deserved.

The main reason behind Snape’s awful character is the hardships he has faced in his youth days. Snape’s father was abusive and a Muggle while his mother was a pure-blood witch. As a result, Snape grew up friendless and lonely until he met Lily Evans.

Even after joining Hogwarts, Snape found it difficult to get over his past. The isolation he had in his past life, prominently damaged his social skills. That is why he always felt being hostile towards his classmates. This goes long way in explaining his demeanor.

Sirius could have become a young and wealthy Death Eater. But, as a pure-blood, he chose to clash with his family’s elitist beliefs. He befriended Peter, James, and Remus, and ran away to live with the Potters.

Apparently, things got worse when he left. Sirius got framed by Peter as a reason and person behind Lily and James’ death. These were perhaps the harshest betrayals in the Harry Potter franchise. What makes it even tragic is, Sirius was the one who fought so hard to keep.

Harry’s parents were murdered when he was an infant. As the subject of the prophecy, this event haunted his nightmare throughout his teenage period. Harry got orphaned at a very young age. This proves how tragic his life has had been, and as a matter of fact, before joining Hogwarts, it was more than just ‘miserable’ for Harry to live. He has always been bullied by his classmates and Dursleys. For around 10 years of his life, he craved to get loved and accepted.

In between the tragic sea of worse childhoods, Remus Lupin manages to take his stand against all the wrong reasons in Harry Potter. When his father, Fenrir Greyback, had a penchant for attacking children, Lupin took a stand and made his latest victim in revenge.

Dealing with lycanthropy could be very traumatic at such a young age. It almost becomes impossible to escape from such memories and events of life. Once a month, Lupin gets forced to undergo painful transformations to know that there was no other way he could have been like his peers. Even he got unfriended by his friends at the age of 21 and this was no less than salt into the wound.

While Dumbledore is equally clever and powerful, Harry Potter fans have always remained confused with his character. However, one thing is sure here: his tragic backstory and events had an impact on all these actions in the Harry Potter series.

Even Harry discovers in Deathly Hallows that Professor Dumbledore had a tumultuous life. Not only that Albus’ father got prisoned for murdering a Muggle, but he was also responsible for his sister’s death. This event played a major role in Albus’ death as he got weakened after using the Resurrection Stone to see Ariana, his sister, for the last time.

Voldermort’s mother is one of the most prominent characters who got left out by the makers in the Harry Potter films.  This was certainly a big mistake as she is the page that could help to understand the villain. From the Harry Potter books, Merope comes from a long line of dark wizards. She was the victim of abuse from her brother and father and due to this; she even struggled to use magic effectively.

Once incarcerated, Merope regained her magic to bewitch Tom Riddle. It was the isolation of her upbringing that led her to do this, which means Voldermort would not have been born and the series never have happened if Merope Gaunt had a better life.

None of the Dumbledore had a happy life, but Ariana’s life was definitely the worse and saddest amongst all. When she was just six years old, she got caught performing magic by Muggles who later attacked her out of fear. As a result, she struggled to do magic for the rest of her life.

The consequences were horrible. His father died in prison and Ariana’s inability to perform magic killed her mother. This Dumbledore’s death at a very young age was tragic, but the amount of confusion, terror, and guilt her life had was even worse. 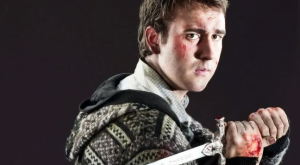 Neville almost had a similar backstory and childhood as Harry. No, Voldermort never targeted to kill him and his family, but the consequences were equally worse. Tortured by Death Eaters, Alice and Frank Longbottom were driven to insanity.

Just like Harry Potter, Neville Longbottom is also parentless. But, he could see and talk to his parents. This is perhaps a different kind of sadness and frustration. Neville is left isolated and his grandmother criticizes him for failing up to live the life of glory.