There was a time when well-known actors would not be caught dead in a superhero film. Those days are now gone, as the genre’s prominence and esteem have increased. In fact, a few have been nominated for the Academy Awards’ prized Best Picture award. Some award-winning performers starred in these films before they received popular fame. This is especially true with films based on Marvel Comics, which have seen a number of Oscar-winning actors take on major parts. They may not be the main characters in their films, but they are unforgettable supporting characters. So we at Animated Times have compiled a list of 10 Oscar Winner actors who fans had no idea that they played supporting roles in the MCU movies. Sounds interesting? If yes, then let’s hop into the list to find out more about who these Oscar winning actors are. 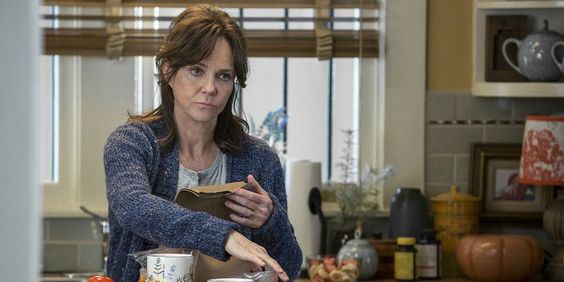 The tangled history of live-action Spider-Man films is obvious in the number of different incarnations of the same character that have appeared on screen. Following Rosemary Harris’ portrayal of Peter Parker’s Aunt May in the Sam Raimi trilogy, Sally Field took over the character in the Marc Webb movie. Field didn’t stand out much in the part, and he wasn’t universally adored or despised. She was only present. Field has tremendous talent, having won two Best Actress Oscars for Norma Rae and Places in the Heart. 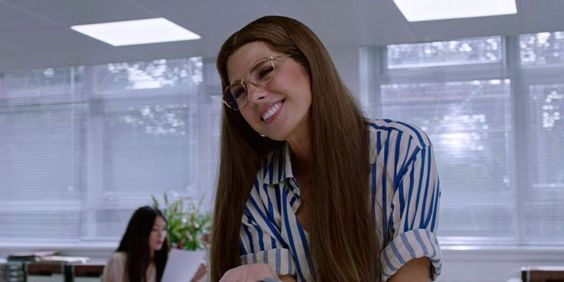 Marisa Tomei is the most recent actress to take up the role of Aunt May. She initially debuted as a character in the Marvel Cinematic Universe in Captain America: Civil War in 2016, as well as the two solo Spider-Man films and Avengers: Endgame in 2019. May in this rendition is considerably younger and more in tune with Peter, while still offering wise counsel. Tomei received an Oscar for Best Supporting Actress in 1992 for her role as Mona Lisa Vito in My Cousin Vinny. When it was alleged that the erroneous name was read, there was a significant uproar. That story was disproved, and Tomei went on to get two more nominations in the future. 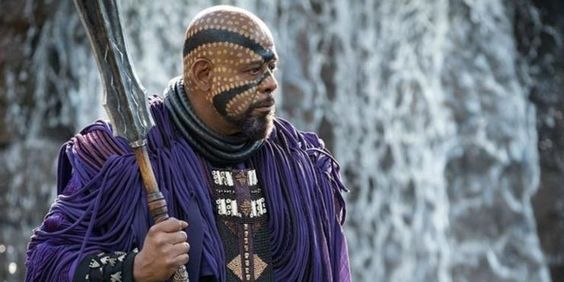 One of the many factors that contributed to the tremendous success of 2018’s Black Panther was the outstanding ensemble that was assembled. For example, a famous actor like Forest Whitaker had just a supporting role, yet he was fantastic in every scene. Zuri was an ideal part for Whitaker since he was a trusted elder in Wakanda who everyone went to for counsel, despite his tumultuous history. Whitaker won the Academy Award for Best Actor in 2007 for his role in The Last King of Scotland. 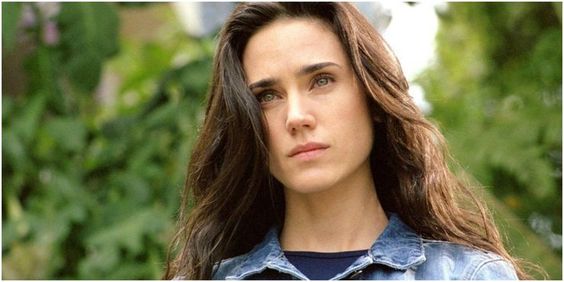 Many people seem to forget that Jennifer Connelly appeared in 2003’s Hulk, which is likely due to the fact that many fans don’t recall the film at all. Betty Ross, Bruce Banner’s love interest and the story’s heart, was played by her. Many people are unaware that she was also a member of the MCU. She portrayed Karen, the A.I. in Peter Parker’s suit, in 2017’s Spider-Man: Homecoming, as a tribute to her real-life husband Paul Bettany, who voiced Tony Stark’s A.I. for years. Connelly won the award for Best Supporting Actress for her work in A Beautiful Mind. 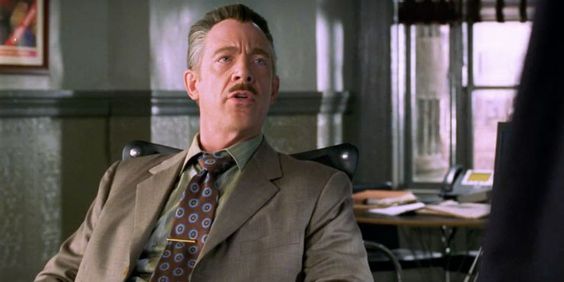 You’d be hard pushed to find a better supporting actor in a comic book film than J.K. Simmons as J. Jonah Jameson. Throughout Sam Raimi’s Spider-Man trilogy, he was funny and realistic in the character, and he frequently stole the show. In fact, Simmons was so good in the part that he reprised it in the MCU in the post-credits sequence of Spider-Man: Far From Home in 2019. Simmons won Best Supporting Actor at the 2014 Academy Awards for his role in Whiplash.

5. Tilda Swinton (The Ancient One): 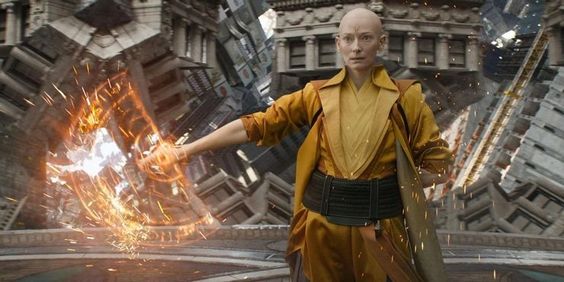 The casting of Tilda Swinton as The Ancient One in 2016’s Doctor Strange sparked some debate. Regardless, most fans would agree that the brilliant actress performed admirably in the role and was welcomed back in Avengers: Endgame. It should come as no surprise given Swinton’s talent as an actor. Her performance has been lauded at nearly every step, and she eventually won an Oscar for Best Supporting Actress in Michael Clayton as Karen Crowder in 2007. 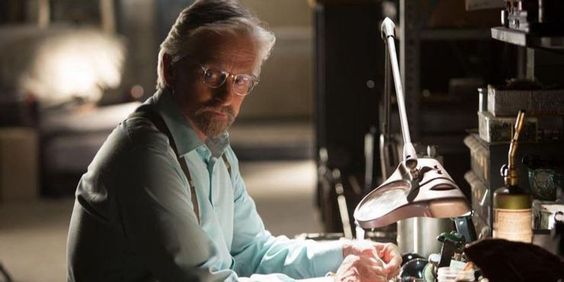 On this list, Michael Douglas is unquestionably one of the more famous MCU characters. Because of his history as a superhero, he is not your usual supporting character. Hank Pym is a pivotal character in both Ant-Man films, and his Pym Particles were instrumental in saving everyone in Avengers: Endgame. Douglas also has one of the most extensive filmographies. He, like Sally Field, has two Academy Awards. The first was for his work as a producer on Best Picture winner One Flew Over The Cuckoo’s Nest, and the second was for his performance in Wall Street in 1988. 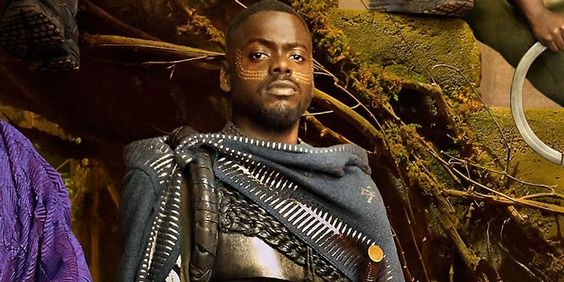 Daniel Kaluuya would not have been able to make this list at the start of 2021. He only recently earned his first Academy Award for his performance as Fred Hampton in Judas and the Black Messiah. Kaluuya was also nominated for Get Out in 2018. Kaluuya has been a rising star in the film business for as long as most fans can recall. Along with his award-nominated performances, he has been in a number of significant films. One of them was the important Black Panther in 2018 as W’Kabi, T’Challa’s buddy. 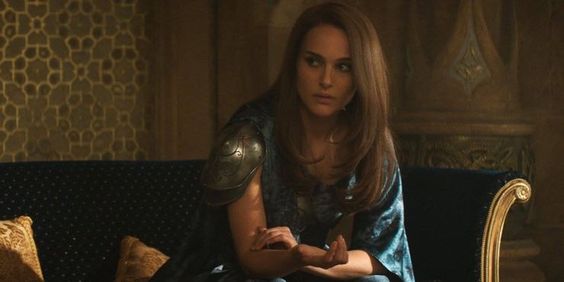 Natalie Portman may soon find herself out of the running on this list. She’ll be back in Thor: Love and Thunder, but in a more prominent capacity, where she’ll even wield Mjolnir. For the time being, her roles in the first two Thor films were as a love interest. In both Thor and Thor: The Dark World, Portman portrayed astronomer Jane Foster. Her victory for Best Actress in 2011 as disturbed dancer Nina Sayers in Black Swan was the most stunning of her numerous honors as an actor. 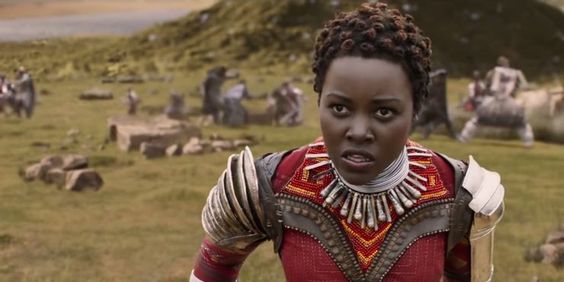 The Black Panther appears on this list for the third time. The incredible cast includes three past Oscar winners, not to mention Golden Globes, Emmys, BAFTAs, and other awards. Lupita Nyong’o played Wakandan spy Nakia in that cast. She was one of the film’s highlights and one of Marvel’s most powerful female characters. Nyong’o burst onto the scene as an actor, earning Best Supporting Actress for her debut feature picture, 12 Years a Slave. She was the first Kenyan and Mexican woman to accomplish so.

So, yeah, these are the 10 Oscar Winners Who We Didn’t Know They Played Supporting Roles In MCU Movies. Well, according to this list, it looks like these actors are not only good at playing the main lead and winning the Oscars, but are also good at winning the hearts of fans by playing the side-roles/supporting roles. So what do you guys think about these actors who have won Oscars and have played supporting roles in the Marvel Cinematic Universe? Please let us know what you think about this in the comment section down below. For the time being, keep reading Animated Times, the perfect place to get a closer look at the entertainment industry, upcoming movies, TV series, celebrity gossip, and much more. We’ll have you covered. Keep reading animated times, guys, for more.

“Men can see her as ideal girlfriend and wife material”: Emily Ratajkowski isn’t The Dream Girlfriend for Pete Davidson, Expert Explains Why Pete Davidson’s Relationship is Bound to Fail