The X-Men movies were hitting the Hollywood floor until Marvel Cinematic Universe’s Avengers showed up on the big screen. 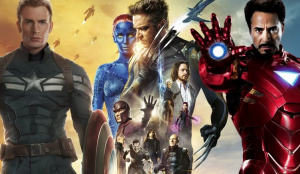 The MCU is often found to be overshadowing the competition for more than a decade now. However, DCEU is no less than a cut-throat competitor in the film industry. Fox has so far released ten movies and a series under the X-Men franchise. While MCU is facing multiple criticisms over time, here are the top 10 reasons why X-Men Universe is better than MCU.

While MCU is largely formulaic, it has lacked being artistic long back. In contrast, led by Bryan Singer, the X-Men universe has always focused primarily on directing the movies most prominently.

It Has A Higher Ceiling

Marvel Cinematic Universe has always been found following its classic “Marvel Formula” that kept the franchise and its movies inside a bubble. In comparison, X-Men reflected its risk-taking nature despite chances to crash.

After premiering sixteen movies so far, MCU has many deaths that always kept the audiences in anticipation. On the other hand, the X-Men series has always tried to reconnect their events of deaths. Even the deaths of Havoc and Banshee have been equally resonating.

Big Ensembles Without The Origin Stories

In the Marvel Cinematic Universe, Avengers have always acted as the cornerstone of the franchise. The aim of the makers is limited to creating the next big flick on the screen. In contrast, every character of the X- Men series has their own individuality evident in their solo films.

No Concern With Continuity

X-Men franchise’s biggest flaw is their largest strength. While continuity was a tertiary concern in the first X-Men film, each movie has enacted a potential and quality on its own.

No Character Is The Same

It is perhaps one of the greatest turns on for the X-Men fan base. While MCU characters are stuck to play the same role, again and again, the X-Men cast always has an opportunity to bring something new to the table.

There Is Less To Keep Up With

The MCU yearly quota has begun to start looking like a mess. To keep a notch on ‘how’ and ‘when,’ MCU fans are required to sneak into every single release of the franchise. In comparison, the X-Men franchise never shared movies with a similar territory.

While Marvel Entertainment Group struggled to support its financial ruin in the mid-90s, the makers decided to proceed with comic adaptations like Spiderman. However, the director Bryan Singer completely changed the outlook with Christopher Nolan’s Dark Knight Series. This was just the beginning of modern comic book movies. 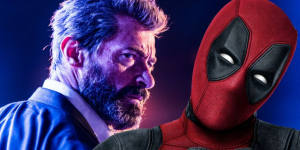 Films like Deadpool have let the X-Men universe depart from its primary approach towards introducing the concept of R-rated movies. However, the fall of Logan has helped to interpret what Wolverine fans had always wanted.

No Time Wasted On Setting Up Sequels 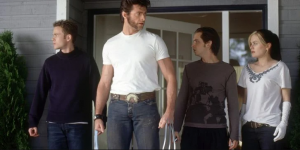 While MCU is largely praised for bringing the superheroes together, it still remains the most epidemic need of the makers to rightly set up the sequels. In contrast, X-Men movies never really cared about the sequels and have primarily focused on the big themes.