Batman: The Animated Series or BTAS, is an iconic superhero cartoon that shaped most childhoods. It introduced children in the 1990s to Batman and his endless crusade on crime. Paul Dini and Bruce Timm unknowingly crafted a masterpiece for the ages while creating this cartoon. Dini and Tim had a stellar voice cast with the now-iconic Kevin Conroy’s voice becoming that of the Batman’s and Mark Hamill’s voice becoming his arch-rival, The Joker. However, the show was also host to a number of famous stars throughout its run. Here are 10 stars whose voices you may have missed who were on the show. 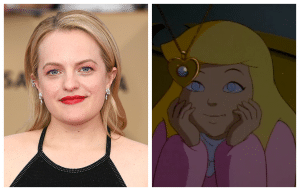 The star of Mad Men, Handmaid’s Tale, and The Invisible Man lent her voice for the episode titled “See No Evil”. She voiced little Kimberly Ventrix. Kimberly’s father, Lloyd Ventrix comes into the possession of a fabric that renders him invisible, which allows him to steal and live a life of crime. Until he runs afoul of Batman that is. Lloyd almost goes to the extent of kidnapping Kimberly from her mother as they’re separated. Batman, however, proceeds to viciously beat him down, saving Kimmy in the process.

Nichelle Nichols is a special figure for Star Trek fans around the world. She was one of the first black women on mainstream American television to play a non-menial role in a mainstream series. Nichols lent her voice to the 69th episode of the series titled Avatar. She voiced Thoth Khepera, a god-like queen of two continents. This episode is particularly interesting as it also sees the appearance of classic foes- Ra’s Al Ghul and his daughter Talia. David Warner, the famous British actor voiced Ra’s. He was last seen as Admiral Boom in Mary Poppins Returns. 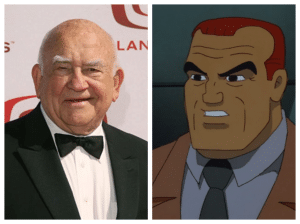 The late comedy titan Ed Asner voiced the imposing, corrupt businessman Roland Daggett for 6 episodes of Batman: The Animated Series. Appearing first in the two-part episode, Feat of Clay which also had two other stars on this list, his last appearance would be in Batgirl Returns. Daggett is president of Dagget industries and is one of the main recurring antagonists throughout the series along with crime boss Rupert Thorne.

Ed Begley Jr. has a prolific film and TV career, appearing in movies like This is Spinal Tap, Batman Forever, and Pineapple Express. He’s also appeared in shows like St. Elsewhere, Six Feet Under, M*A*S*H, The West Wing, and many more. He lent his voice to 2 characters in 2 separate episodes. Begley Jr. voiced Charlie Collins, an ordinary accountant whose life is turned upside down in the classic episode Joker’s Favor. He also voiced  Germs, a henchman of Roland Daggett’s in Feat of Clay, Part I. 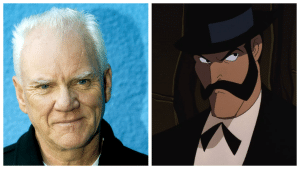 His killer stare in A Clockwork Orange sent shivers down audiences, shocking them when it was released. Malcolm McDowell who played Alex DeLarge voiced a character called Arkady Duvall. Arkady is the illegitimate son of none other than Ra’s Al Ghul himself. The episode Showdown, which is his only appearance does not feature Batman until the very end. Instead, it deals with Arkady’s fight with the legendary gunslinger Jonah Hex.

Fans of Arrested Development will definitely remember him as the unscrupulous patriarch of the Bluth family. Jeffrey Tambor is an Emmy- Award-winning character actor you might remember from The Hangover Trilogy, Hellboy, The Accountant, and The Death of Stalin. Tambor voiced a minor character in one of Batman: The Animated Series’ greatest episodes– Appointment in Crime Alley. Crocker is a henchman for Roland Daggett who hires an explosives expert called Nitro. The plan was to blow up Crime Alley in order to develop its real estate. Fortunately, Batman arrived in time to save the neighborhood. 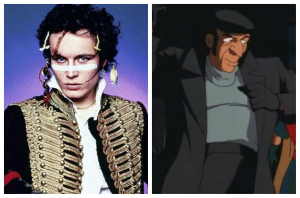 The popular British new wave singer was also a part of this magnificent show. Adam Ant voiced Bert, a henchman for the villain known as the Red Claw. With his partner, Ernie, Bert kidnapped Alfred Pennyworth. They brought Alfred to a Scottish castle. Unfortunately, their success was short-lived. They were discovered by Batman and Robin, hijacked a double-decker bus, crashed it, but escaped with only a loss of consciousness. 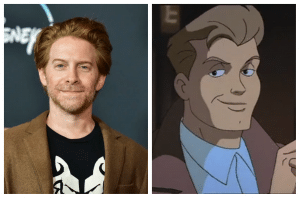 Seth Green is the creator of Robot Chicken. He’s also appeared in Guardians of the Galaxy Vol. 1 and 2 as Howard the Duck, The Italian Job, Austin Powers: Goldmember, and many more. He voiced the character Wizard in the episode I am the Night. Wizard is a young boy who ran away from home to get rich quick but eventually resorted to conning innocent people. He gets mixed up with some thugs but is saved by Batman. By the end of the episode, Wizard is convinced he has to make amends and get his life back and goes home. 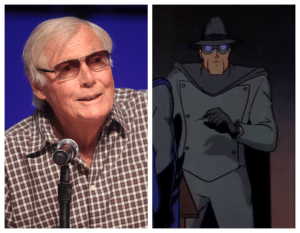 This list would not be complete without this entry. Adam West, the man who redefined a campy Batman in the 1960s played an integral role in the Batman mythos in this series. He voiced Simon Trent, The Gray Ghost in the episode, Beware the Gray Ghost. The washed-up typecast actor played a vigilante on-screen that inspired a young Bruce Wayne. Bruce called on him for assistance, as there were crimes being carried out that were connected to his role on television. He realized his self-worth after looking at Batman’s own collection of Gray Ghost memorabilia. He helped Batman track down a toy collector who was responsible for the mayhem. The ending saw Bruce Wayne finally get an autograph from his hero, with the two men subtly acknowledging the other’s “secret identity”.

Hellboy himself played a major role in this series. Ron Perlman, star of Hellboy, Pacific Rim, and a number of other hits, played two characters in Batman: The Animated Series. Perlman played Driller, a henchman of Scarface in the episode P.O.V. His most well-known role however was that of Matt Hagen who would become the memorable supervillain, Clayface in the two-part episode, Feat of Clay. He would go on to appear once more in the episode Growing Pains which features Robin as a protagonist.