When it comes to a parody of Superman from DC Comics, Homelander from The Boys proves to be the star of the show. With the streaming of Homelander in Amazon Prime, the comparisons with Superman have been endless. Consequently, the similarities of the two characters are crisp and clear. As most of the Supes in The Boys are parodies of traditional Marvel and DC heroes, the parallel from both the shows makes it even more hilarious.

Moreover, this led fans to create several memes about Homelander. Consequently, the best ones are the Homelander Vs. Superman memes. Here are our favorites.

1. Girl got the upper hand in dating 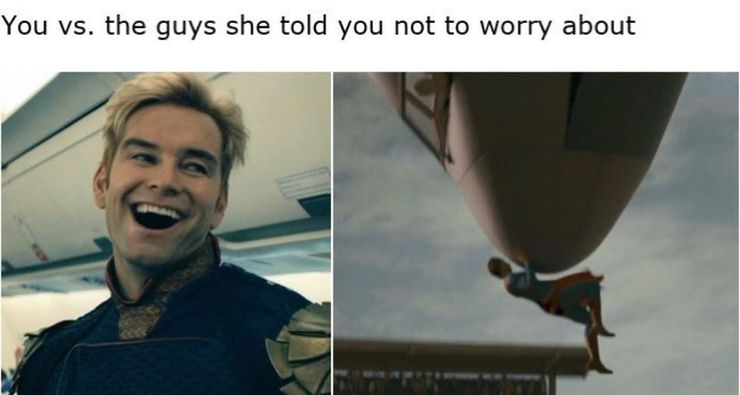 Homelander isn’t quite as strong as Superman. While trying to save the victims of a hijacked plane, he needs to stand on a solid surface. Consequently, it enables him to use his strength while flying. Moreover, he lets the plane crash, contrary to Superman saving the plane from the impact. The situation makes men relate to the meme. When a woman has options, she is more likely to choose a man like Superman than Homelander. 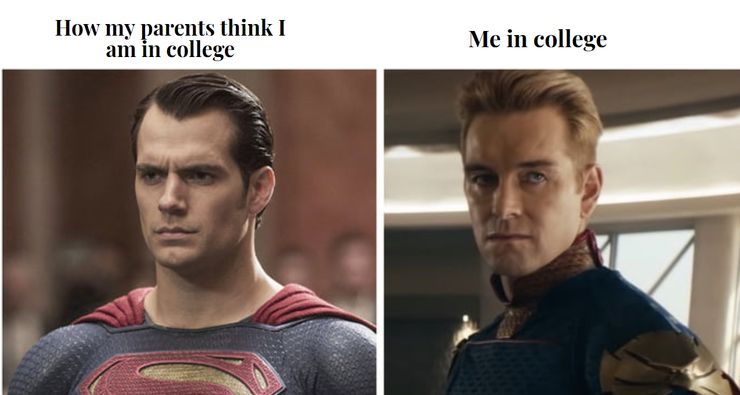 Every parent expects their child to fulfill their expectations and excel at academics. While Superman is the perfect role model, the Supes, led by Homelander, prefer to be as hopeless as him. Superman is like the kid who is an all-rounder at school. 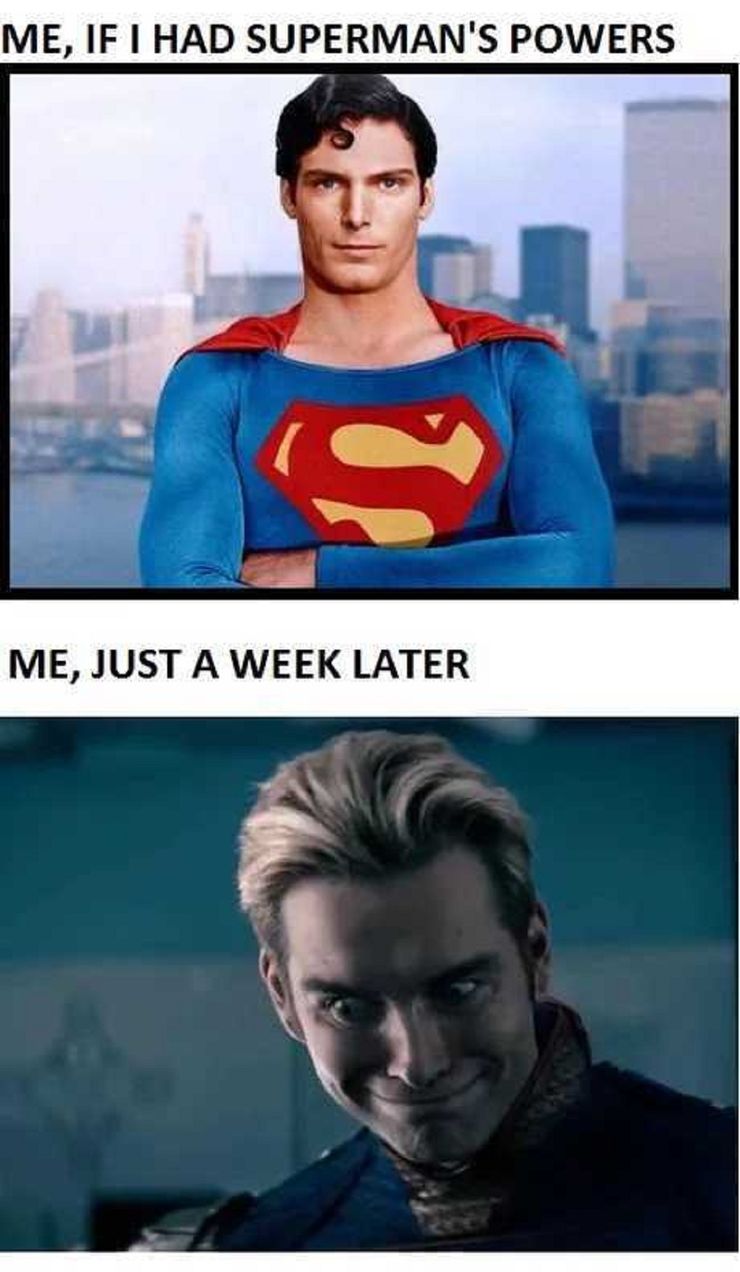 Acting rationally when your dreams come true is an epic challenge. Moreover, it’s even more thrilling when you get Superman’s strengths and abilities. However, this meme is quite profound. It is relatively easy to abuse power if you have too much of it. The meme also highlights the moral lesson that power, fame, or fortune brings out one’s real character. 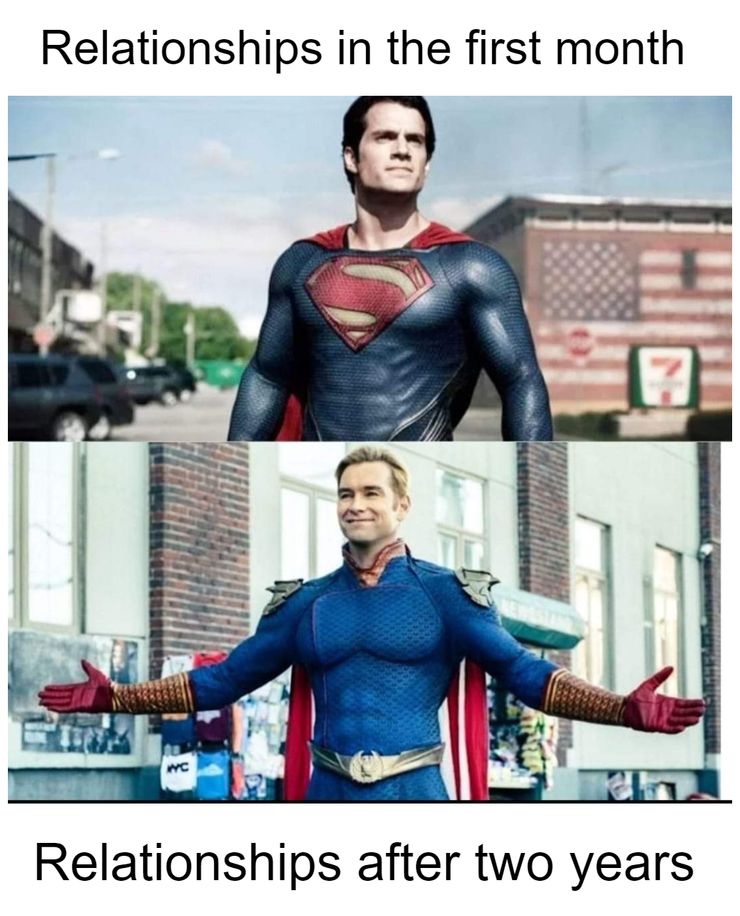 Relationships are not always rainbows and butterflies. At times they can turn toxic, just like Homelander’s personality. After the end of the honeymoon phase, it becomes a challenge for couples to tolerate each other. Consequently, they start to argue more and take each other for granted. 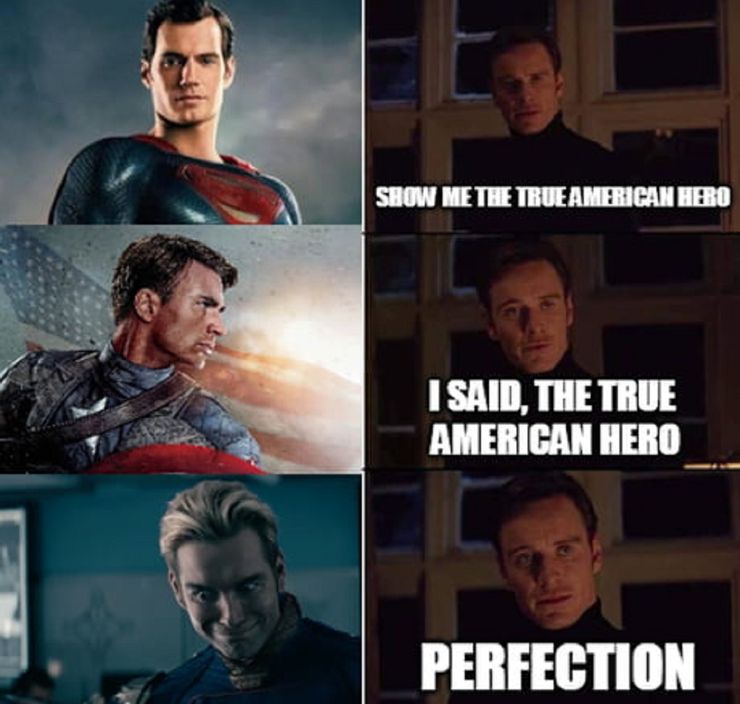 6. Once upon a time, in a job interview 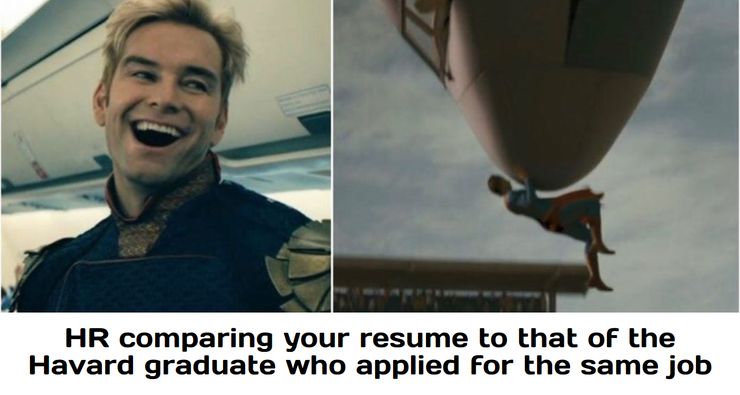 While applying for a job, luck isn’t on one side if they compete against someone with more qualifications backed by a better institution. Superman would favor a job over Homelander when it comes to the job to save the world. Consequently, Clark Kent would quickly get the job unless the company hiring is Vought International. 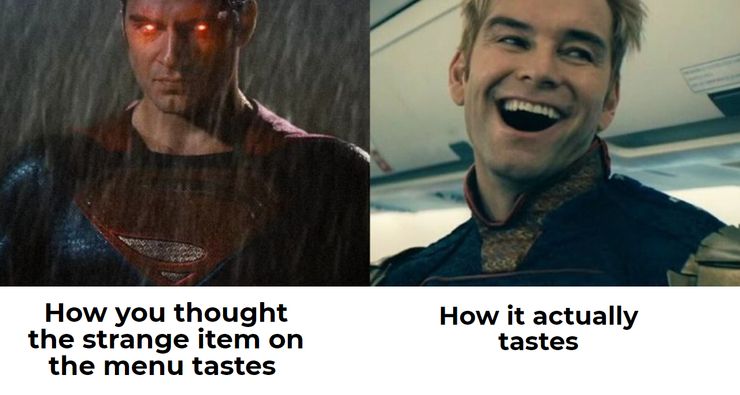 Having dinner or lunch at a new restaurant always makes one try a unique style of cuisine. Consequently, a variety of options on the menu can even be more exciting. However, experimentation doesn’t always yield good results. It’s safe to order something familiar which is delicious than a new dish that tastes disgusting. Just like Clark Kent’s actions are always admirable. But, Homelander’s actions bring a sour taste to the mouth. 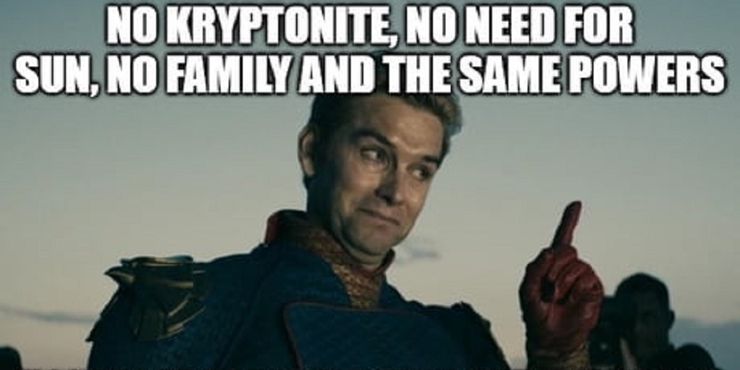 Homelander’s abilities are similar to that of Superman. Moreover, he doesn’t rely on the sun’s rays to power up or has a limiting factor like Kryptonite. Consequently, the Compound V he took while he was a toddler is enough. Homelander also does just fine without mommy, daddy, or an equally abled Super-cousin. The public doesn’t know about it, though. Vought International lied to them that Homelander was an alien who fell on Earth as a baby and got raised by adoptive parents. 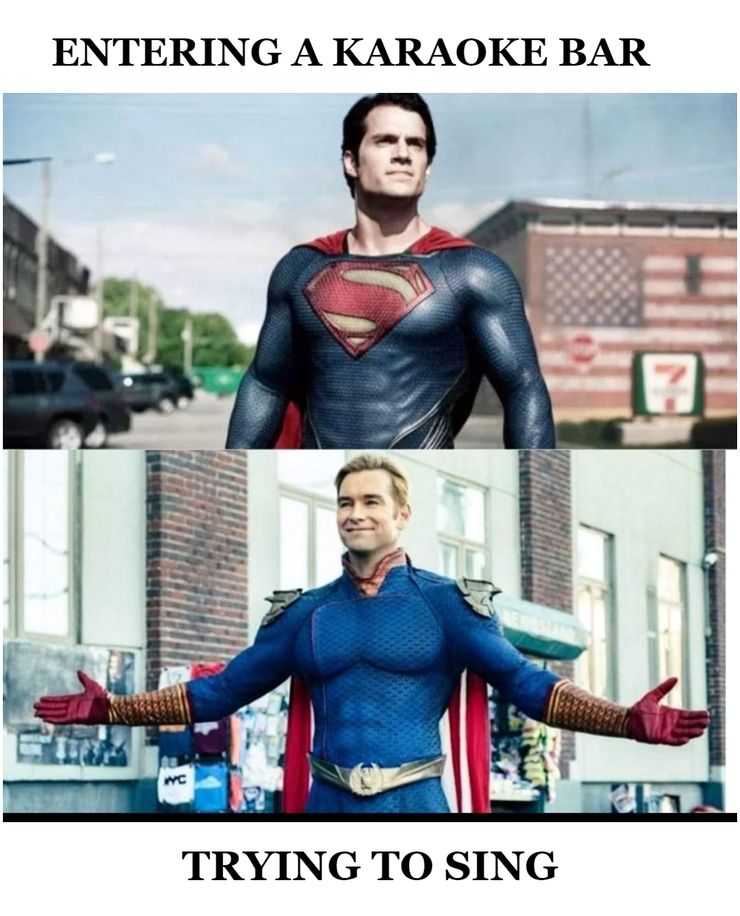 There is nothing wrong with trying. As in a cliché, it said, it’s more important to participate than win in a singing contest. The meme hilariously equates a terrible singing voice to Homelander. He is the best at all the horrible things. Consequently, Homelander takes pride in it without caring if the audience was cringing all the time. 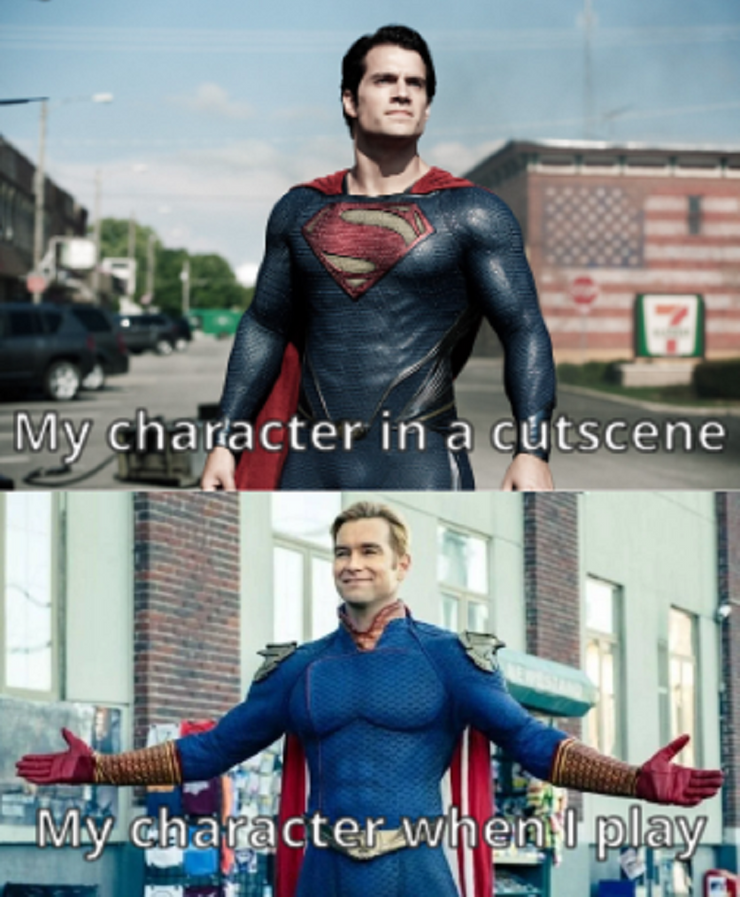 A cutscene is a sequence that is not interactive in video games. The AI controls the characters at this point showing conversations or introduce extra gameplay elements. Moreover, when gameplay resumes, the characters get back into action through players moving the controls around. The meme highlights how calm things are during cutscenes. Consequently, the chaos returns during normal gameplay.