Pokémon is more or less responsible for creating a global fan base for anime all across the world. It also introduced the anime world’s first ever criminal organization with a global footprint – Team Rocket. These are a few plausible Team Rocket fan theories. 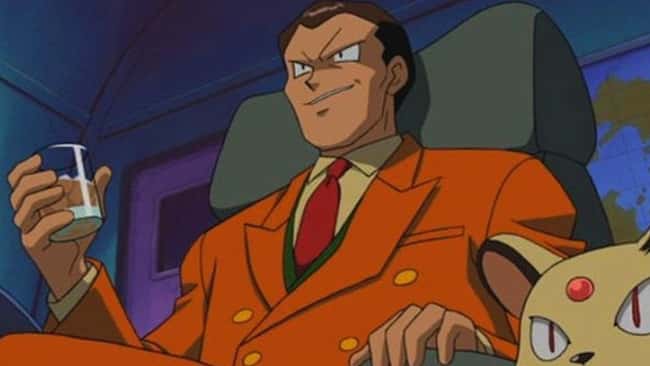 A really popular theory in Pokémon fan circles is the one that states Giovanni, the shot-caller of Team Rocket, is Ash’s father. And when you put two and two together, it even makes more sense than you thought it would. Giovanni and Ash’s mom were once a couple that broke up. When Ash becomes a Pokémon trainer and decides to go solo on a perilous journey to become a Pokémon Master. Ash’s mother called up Giovanni and expressed her concerns. So Giovanni put some of his employees to work. Jesse and James are constantly after Ash because they are secretly keeping an eye on him. The theory claims that is the reason why they always lose. Giovanni has ordered them to let Ash win

Team Rocket Knows They Are In a TV Show 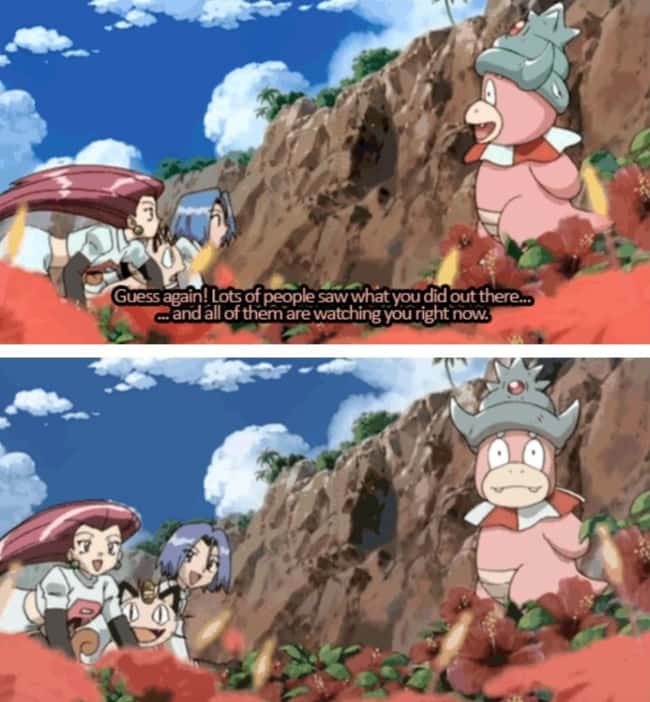 Another wild theory states that Team Rocket knows they are animated characters in a series. There have been several instances where the team has broken the fourth wall. On multiple occasions, they have divulged information that should never have been aware of in the first place. In the Pokémon movie – Entei and the Unowns, Meowth breaks the fourth wall. He looks at the audience and asks if Team Rocket will have a bigger role to play in the next movie. In the same movie, when Ash is about to fall to his death and Team Rocket asks themselves why should they save him, the reason they come up with is that if something happens to Ash, then they would be “out of show business. 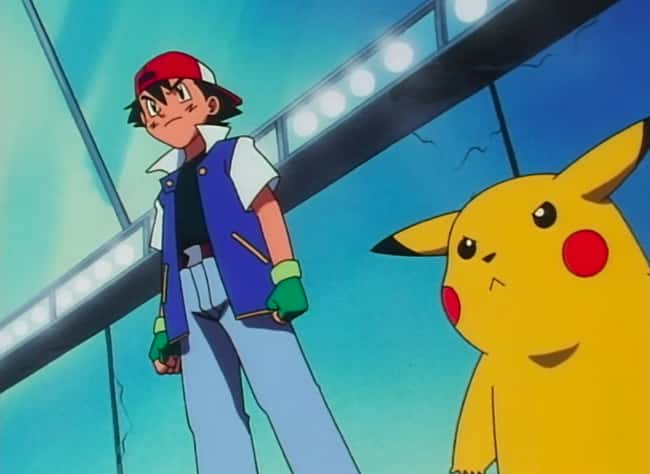 Why is Team Rocket so hell-bent on capturing Pikachu? What would even a lowly electric type Pokémon even be worth to them? Season after season, the team tries and fails miserably to capture Pikachu. One fan claims that there is a very valid reason why they are doing so. Pikachu has a secret superpower that could change the game for the world of Pokémon. Not even Ash is consciously aware of this ability. In Episode 9 of the first season, Pikachu uses an electric attack to defeat Cubone. Now normally, an electric type’s attack should be nullified when used against a ground type. But it worked for some unknown reason. Pikachu could theoretically possess type immunity. If Pikachu’s superpower could be studied and replicated in other Pokémon, the world will be turned upside down.

You May Also Like: Marvel: Comic Memes That Thor Fans Will Enjoy!

Jesse, James, And Meowth Only Have Trouble With Ash & Team 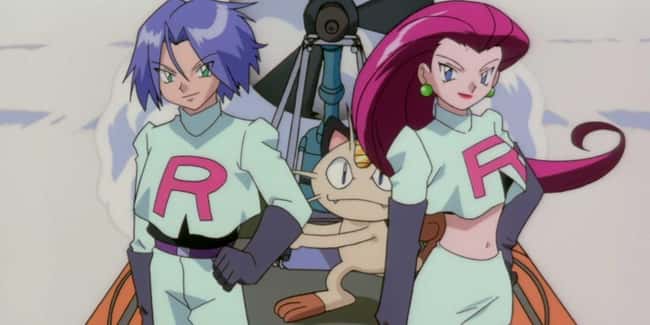 The trio of amateur villains always end up being shot into the farthest reaches of the sky. Every time they try to enact an evil plan, Ash and his team foils it. So how come after decades of failure, they are still employees of Team Rocket? This theory suggests that the series shows Jesse, James, and Meowth’s encounters with Ash. But it leaves their other works from being shown on screen. Jesse, James, and Meowth are valuable employees under Giovanni’s payroll. Their other adventures as a villainous trio are not revealed but that’s what makes them vauable as Team Rocket members.

Meowth Gave Up  One Ability To Learn To Speak 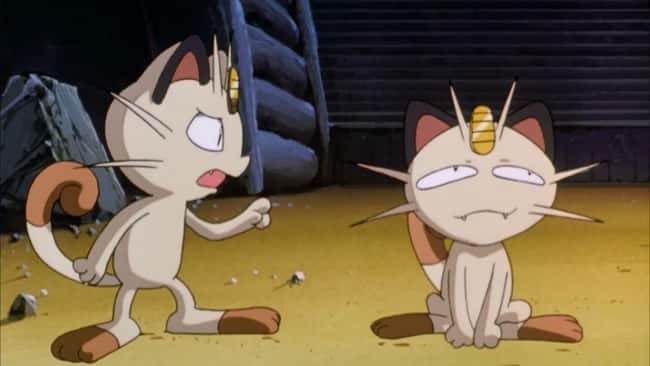 Payday is a special ability that could only be used by Meowth and Persian. Basically the ability allows a Pokémon to create coins. Once the trainer collects those coins, it could be used as actual money. Jesse and James are repeatedly broke despite having Meowth – a Pokémon who can actually use Payday. But this theory suggests Meowth voluntarily gave up the Payday ability to gain another unique skill. The ability to learn English and talk like a human being was granted to Meowth for his sacrifice of Payday.

Why does Team Rocket exist? To hunt down rare Pokémon and sell them for money and in the long term, rule the world? Well this theory suggests otherwise. It is a much more benevolent reason Team Rocket plagues trainers all across the world. The organization is actually a band of cosplayers. They use their acting skills to put on a show as if they are evil Pokémon trainers who fight actual Pokémon trainers. They do so just so they can stir the pot and keep things interesting for children aspiring to be Pokémon trainers.

In the series, Professor Oak is more or less Ash’s mentor. He aids them during his adventures and gives him critical advice when he needs it the most. That might just be a ruse. According to this theory, Professor Oak is indeed a Team Rocket spy. The Kanto region has very little presence of Team Rocket and they need information on the Pokémon there. So they send out Gary and Ash on their ‘adventures’ to find out rare and unique Pokémon Team Rocket is not aware of. The secondary objective is to turn Ash and Gary into team Rocket operatives in the long run. 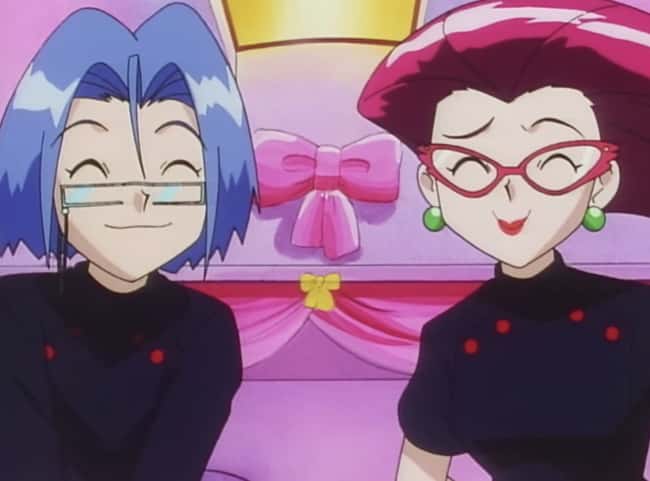 So many times have these guys been shot into space. How could anyone survive a fall that big? Our theory is that the characters of Jesse, James, and Meowth are genetically engineered clones. Giovanni has an army of them in hibernation in a lab somewhere. Once one trio dies, another trio of clones is activated and they assume the same identity. This would explain how Team Rocket survives so many lethal incidents at a stretch per episode.

Bill Is a Team Rocket Spy 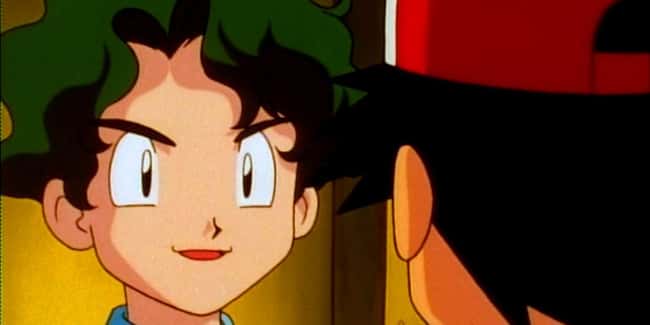 In Pokémon: Black And White, it is revealed that N, a human, is actually a human-Pokémon hybrid. He has human DNA mixed with Zoroark DNA. Zoroark’s have an incredibly advanced illusion ability. Nobody knows how N came into existence. It is stated in this theory that Bill was the one who created N. In his quest to find a way to combine human and Pokémon DNA, he came under the employment of Team Rocket. After n came into being, Bill knew he would get into a lot of trouble due him breaking the laws of nature with his research, so he abandoned N in a faraway region. This explains why n does not have a concrete backstory.

Detective Pikachu has no connection with Team Rocket. The organization does not even get a passing reference or mention in the blockbuster movie. In the movie, the gas that turns the creatures go crazy and berserk is simply called “R”. The letter clearly is a reference to Team rocket and we hope this connection is explored in detail in Detective Pikachu 2.