Zack Snyder’s Justice League has been something of an enigma. It gave the fans what was asked for – his version of the movie; but by the end we are left with so many more questions. Unfortunately, it doesn’t seem like we will be getting the answer to any of those questions. Not according to Snyder. 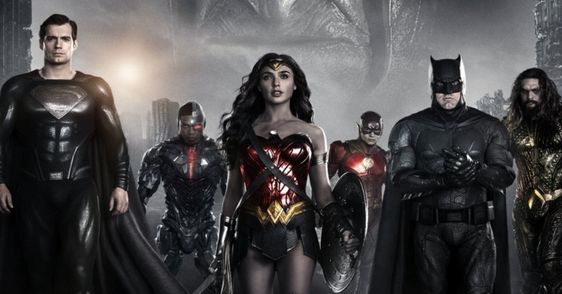 The Snyder-verse gave the audiences a detailed picture about the characters; much better than what we had gotten from the 2017 theatrical cut. And the whole story was riddled with new information, and of course numerous Easter eggs. But it seems unlikely that we will get to see what happens next.

In the I Minutemen Podcast, Snyder said “As far as I know, there’s no interest and/or appetite to do more of these movies from Warner Bros. – with me, anyway.” With no set future, we can only hope that Warner Bros. as well as Zack Snyder change their minds at some point. But this also leaves us to ponder over what could have been. Here are 10 things that could have happened in the Snyder-verse’s Justice League sequels:

With Zack Snyder having revealed most of his plans for the sequel, it’s easy to decipher what would come next. In the Justice League Epilogue we already saw the Knightmare future in Batman’s dreams. Lois is killed, Superman is enslaved by Darkseid and is working against the League; and things are a complete mess all around. The surviving members of the League – Batman, Flash, Cyborg and Mera team up with the likes of Deathstroke and The Joker; trying to fix their timeline, all the while keeping from being discovered by the Apokoliptic army and Superman. 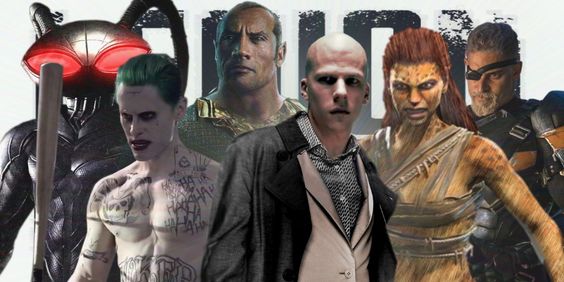 Luthor brings together the Legion of doom from the various parts of the world. There is Doctor Poison – whom we have already met in Wonder Woman. Then comes Black Manta and Ocean Master (Prince Orm) from Aquaman; and Captain Cold – whom we will meet in the upcoming Flash movie. There is also Edward Nygma – The Riddler – who would have been in the Ben Affleck Batman movie, that has now been complete scrubbed. These well known DC villins come together under Lex Luthor to fight the League. 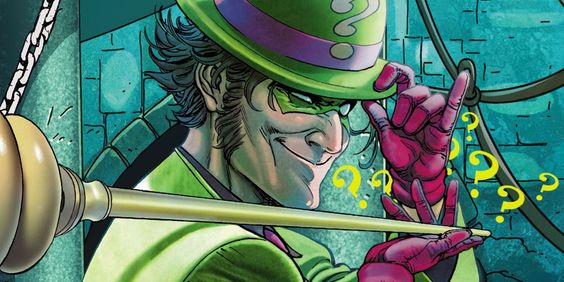 The first Justice League movie hints at the Anti-Life Equation in the flash back scenes. Steppenwolf says that he has found the Anti-Life Equation on Earth; and the movie ends with Darkseid gathering his armada to come to earth, doing things the “old way”. With everyone busy with their own lives, it is Batman who finds Edward Nygma; half mad from solving the Anti-Life equation, almost to the point that he is about to take his life to “solve the last riddle”. But Batman stops him before he could kill himself, and that is when things take a turn. 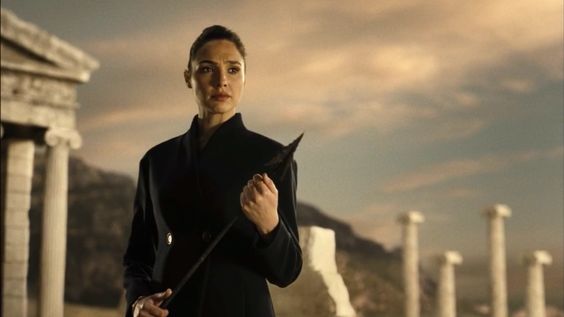 While Batman is busy trying to find where Luthor has escaped to, the others are reuniting with their families. Barry – with the help of Iris and Victor proves his fathers innocence and gets him out of jail. Steppenwolf’s declaration that he destroyed Themyscira and its inhabitants has Diana find a way back home. Diana, with the help of Artemis’ arrow, finds her way back to the Paradise Island where she gets a heroes welcome. Arthur and Mera on the other hand are busy reuniting the Seven Seas. It’s Clark who has the biggest problem though, as technically he is still dead; also, Lois is pregnant. 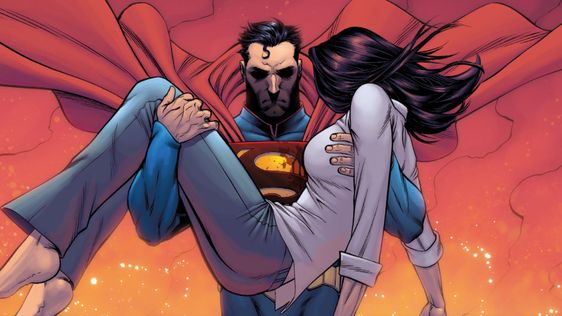 When we saw Barry saying “It’s Lois! Lois Lane! She’s the key.” It should have been pretty apparent to the world’s greatest detective; that letting her die would be the worst thing that could have happened to them. But unfortunately, Lois is died, and burdened with grief, Clark loses it. Darkseid, seizes this opportunity to enslave Superman with Anti-Life; all because Lex thought he could play God. But the New God did not come all the way to Earth, kill Lois to have a human become the master of existence. And thus the knightmare really starts. 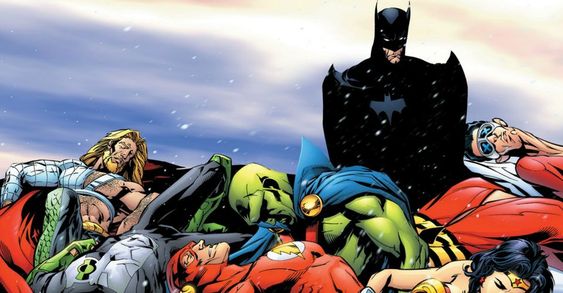 After the death of Lois, and given Lex does not really have the power to oppose Darkseid; he gets the Legion of Doom to attack the Justice League. In this battle, half of the League members die – including Wonder Woman, Aquaman and probably Martian Manhunter. Snyder had told us we would have Green Lantern in the sequel, but Hal is still busy with the Green Lantern Corps until then. Batman, along with Cyborg, Mera and Flash are the ones to survive and they have to join forces with their foes to save their world. 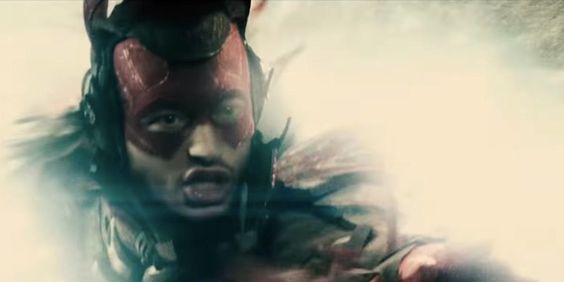 Green Lantern has returned to Earth after being saved by the remaining Leaguers; and they all return to their base to fill him in on their plan. They also find one of the Mother Boxes to power the tread mill so that Barry can travel back in time. But the problem is as soon as they use the Mother Box, Superman would know where they are. But without sending Barry back in time, they have no option; so at the risk of getting killed they do it anyway. Eventually Superman finds them, and just before he destroys Cyborg, Victor sends Barry back in time. DCEU really needs to make good on these when possible! 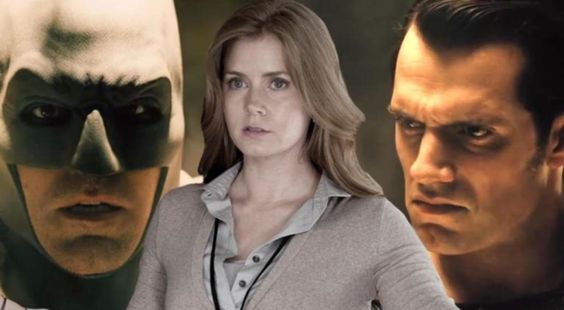 Barry goes back in time to the Batcave, where he finds Bruce and Lois – who were supposed to have started a romance at the wake of Clark’s death. But with having Superman reanimated and brought back to life, their romance is halted. But their romance has a key aspect; the child Lois is pregnant with, is not Clark’s but Bruce’s. When future Barry tells Bruce of this development, he too has a vested interest in keeping Lois safe. Unfortunately, this probably got completely waylaid, as there was not even a hint of romance between Bruce and Lois in the Snyder cut. 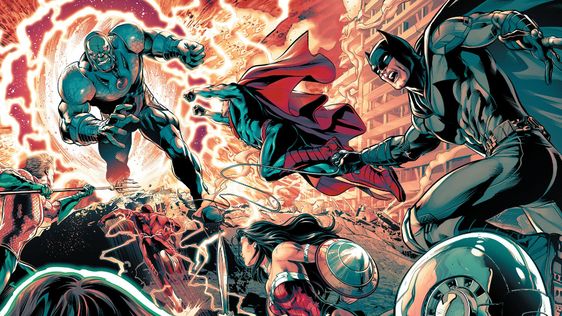 Anyway, with Lois saved, Superman doesn’t go bonkers and doesn’t kill the League. When the Legion attacks, they are easily fended off and Darkseid is unable to get the Anti-Life Equation. With his plans thwarted, Darkseid decides to come to Earth himself. But the Justice League, as well as the Green Lantern Corps, along with Atlanteans and Amazons all come together to stand against him and his army. After the fight, the Atlanteans and Amazons do not go back to their isolated world, but join the new world under the leadership of Arthur and Diana. 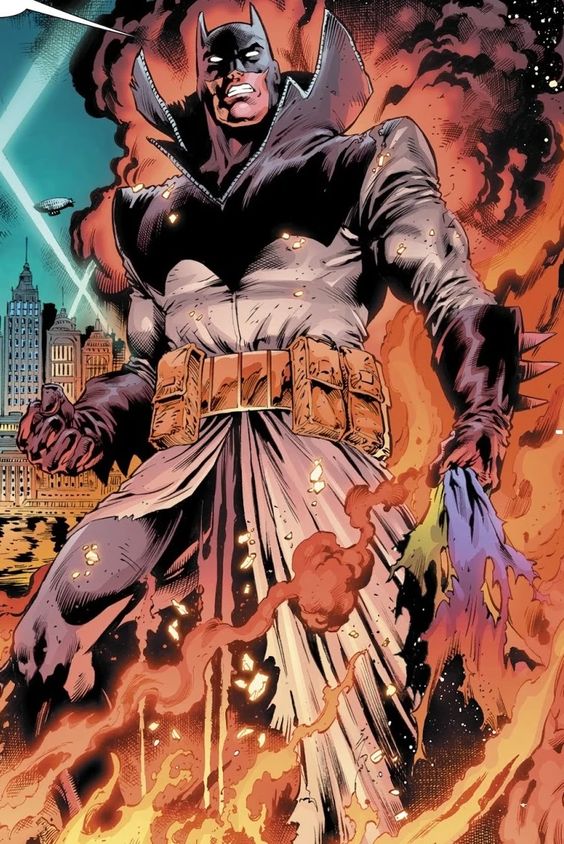 Not everyone survives the final fight though. At the cost of his own life, it is Batman who destroys Darkseid. The Knight of Gotham dies the death of a hero surrounded by his comrades, and then we have the epilogue of the movie. It’s 20 years later, and Justice League was not what it used to be. Peace is waning every day, and Gotham – the crime center of the western world needs Batman now more than ever. But with Bruce dead (and we know Dick has died already) there is a need for a new hero. That comes in the form of Damian Wayne – the child of Bruce and Lois, who was raised by Clark and Lois, who becomes the next Batman of Gotham to continue his fathers legacy.