Black Widow and Captain America have one of the best relationships/ friendships in the Marvel Cinematic Universe.
These two are from the “original” Avengers and have always been relevant in the MCU and even though they are technically dead after the Endgame storyline they are always going to have a big part in the MCU.
Black Widow is finally getting her long awaited upcoming solo movie and on the other hand, Captain America’s legacy is still in The Falcon and the Winter Soldier.

And of course we love them together, though it’s a bit difficult to define the kind of relationship Natasha Romanoff and Steve Rogers have.
In Avengers: Age of Ultron Steve tells Bruce Banner that he has seen Natasha flirt. And given their dynamic in Captain America : The Winter Soldier, he has mostly never been wrong.

And even Scarlett Johansson aka the Black Widow has always attributed the effortless chemistry to her longtime friendship with Chris Evans aka Captain America.
Whether you ship them romantically or as great buddies, the OG Avengers have a special bond.

1.  The scene where Black Widow asks Sam Wilson and Captain America where Smithsonian is because she was picking up a fossil…

This was a great way to tease Cap.

2. The time when Black Widow and Captain America went undercover at the mall in Winter Soldier 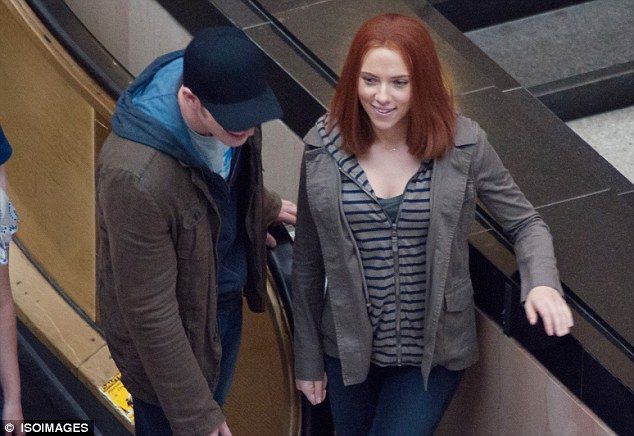 3. The moment when Natasha teased Steve about his dislike of cursing in the film Avengers : Age of Ultron 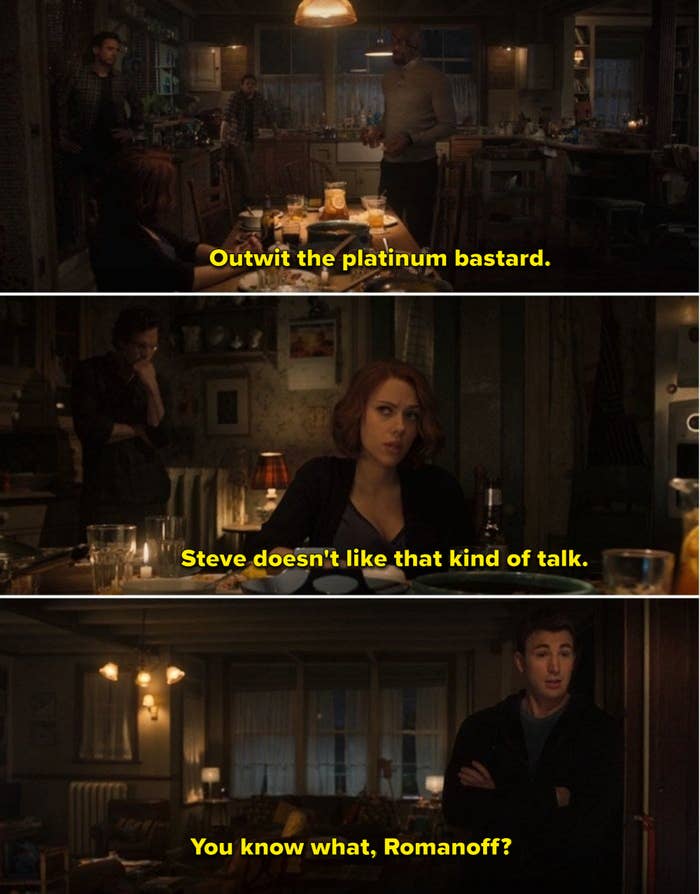 Despite the fact that Marvel ships Bruce and Natasha in The Age of Ultron, but Steve and Natasha’s playful chemistry always comes up at the top for all the little screen time they have together in the movie.

4.  The time when Natasha came by the funeral of Peggy Carter because she didn’t want Steve to face it all alone 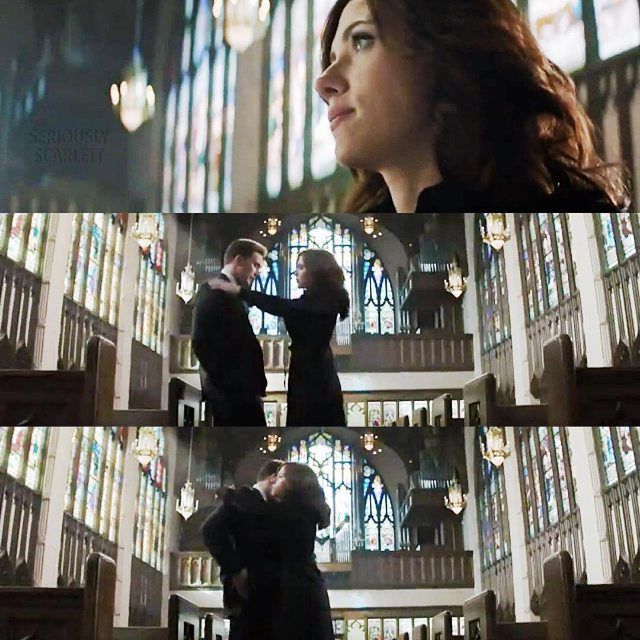 We all cried here!

5.  When Natasha let Steve Rogers go free so that he can rescue Bucky !

She decides to let Cap go so he can go away with Bucky in Captain America: Civil War.
The reason could be something to do with her ideals regarding the Sokovia Accords situation or maybe her loyalty to Captain America!

6.  The moment when Black Widow goes to Captain America’s side after Thanos snapped his fingers in Infinity War.

They do not exchange many moments but there are their own moments which show their bond.

7. The scene where Steve Rogers tried to cheer Natasha up in the Endgame and in turn she threatens to hit him in the head with … a peanut butter “ sandwich”. 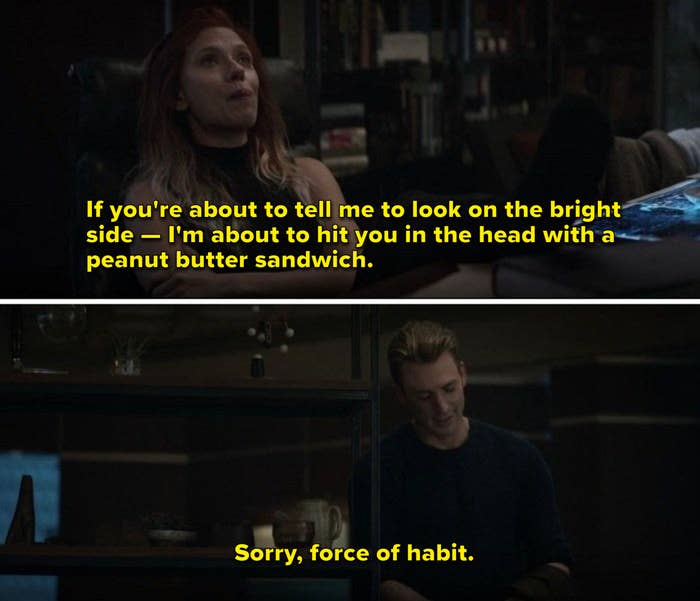 Of course they were dealing with all the depression post snap but they had each other.

8. When Steve and Natasha had this cute little exchange before going back in time in Endgame 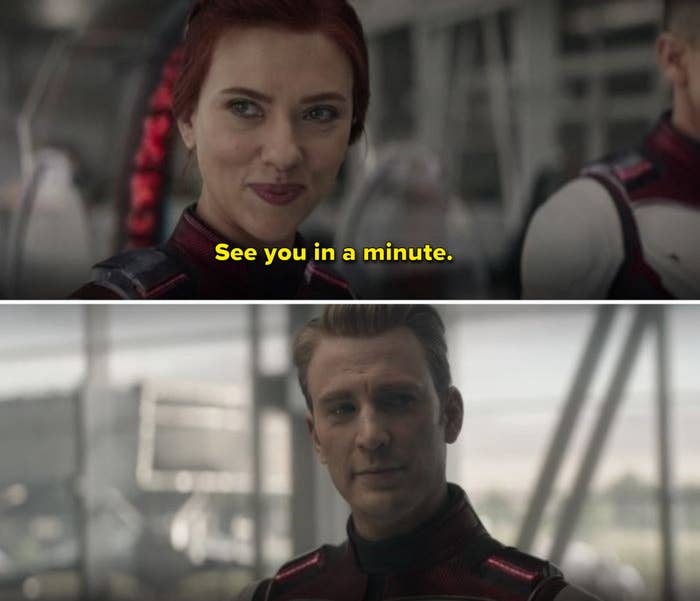 Of course it is sad that they never met in a minute as she ended up sacrificing herself for the Soul Stone.

9. The part where Black Widow tells Captain America that Loki and Thor are Gods and he replies that he only one God who doesn’t dress like the Asgardian royals.

She tried so hard to get him back into dating scenes throughout the entire movie! Wish we all had such strong headed wingpersons !