Now and again writers like to come up with new concepts and ideas and experiment with standard versions of beloved comic book characters. One of the ways of doing that is to power up some of our favorite heroes and give them new abilities. Here are ten instances of that, times superheroes developed new powers. 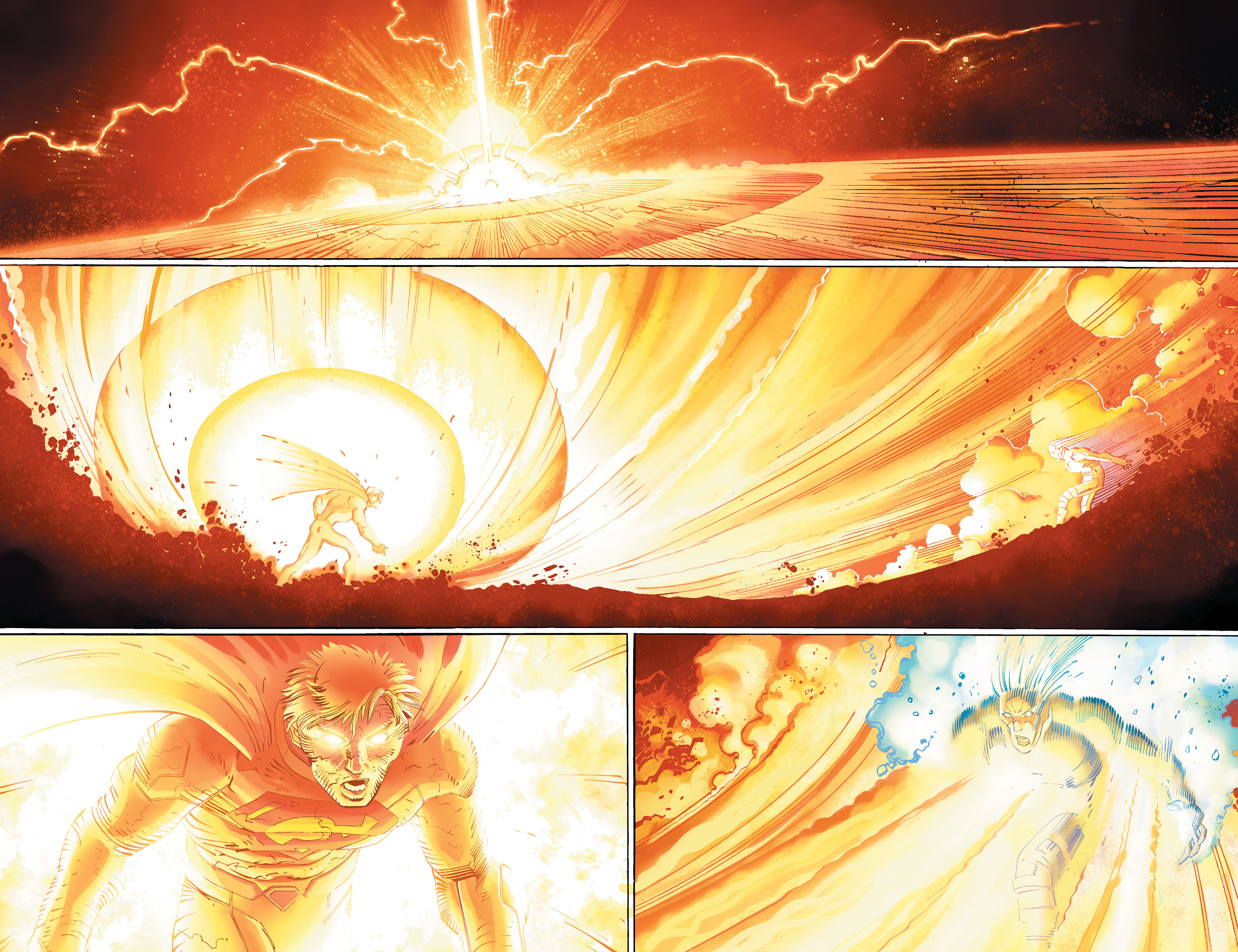 Superman is the most recognizable comic book character in the world and possibly the greatest of all time. Writers have played fast and loose with his abilities like making him fly instead of jumping because it was easier on the artists. Superman brags reality-warping levels of strength, speed, perception, heat-vision, and ice breath and x-ray vision, among a host of other abilities. In Geoff Johns’ take on the new 52 Superman, the Man of Steel developed an ability called a solar flare. Batman later explained to superman that his heat vision was merely the tip of the iceberg. Superman can unleash solar energy he has stored in his cells into a literal solar flare. However, it does weaken him when he uses it. 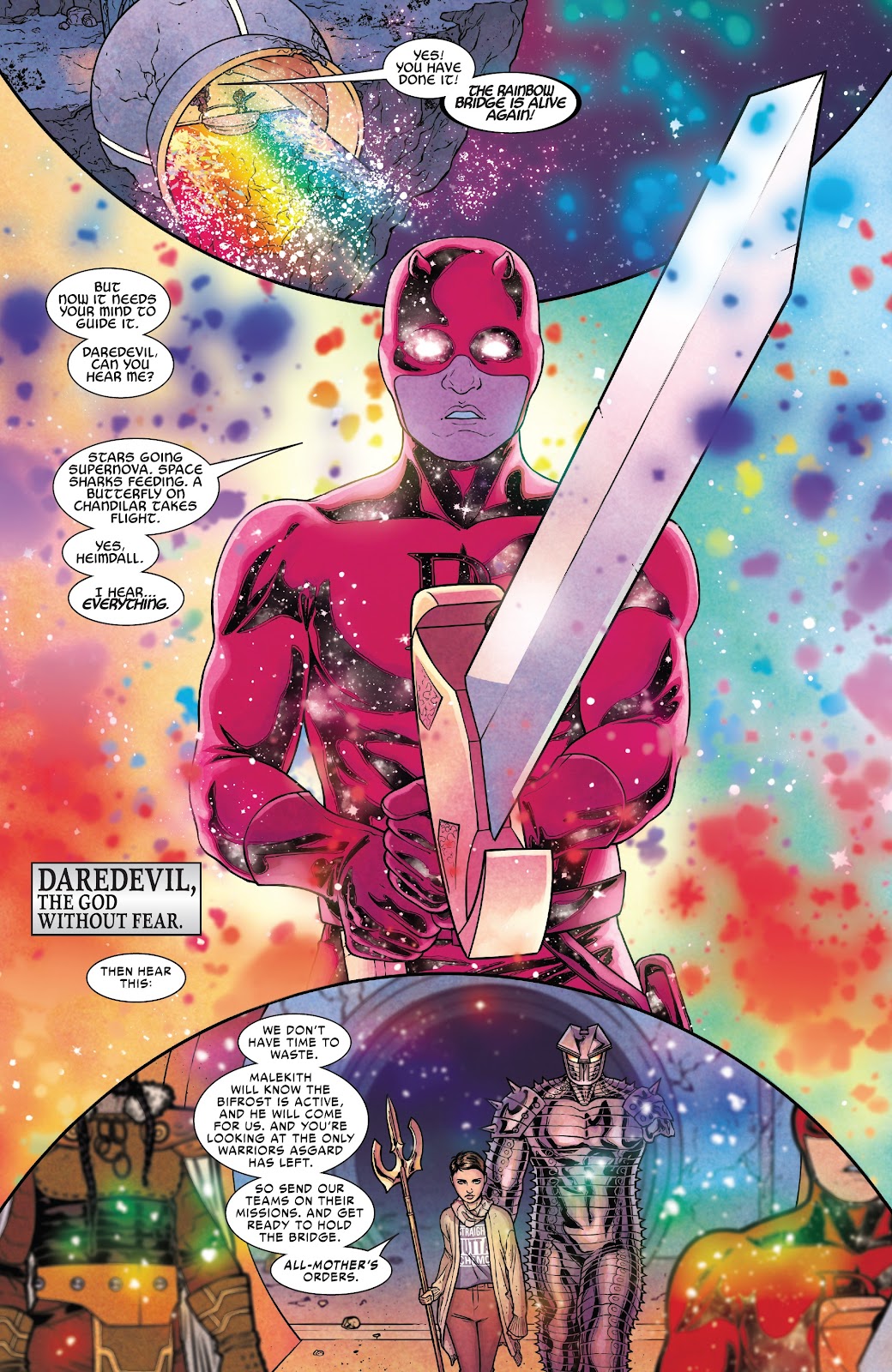 A blind lawyer by day, vigilante by night. Matt Murdock is one of the most beloved Marvel characters ever created. As Daredevil, he prowls the rooftops of Hell’s Kitchen with his hyper sharp radar senses to make up for his lack of vision, to protect innocents. He has nothing more than a pair of custom billy-clubs, his senses, and his skills. During Jason Aaron’s War of the Realms event, Matt Murdock wielded Hofund, Heimdall’s all-seeing sword, and became the God Without Fear and his assistance turned the tide of the battle as it aided in the defeat of the frost giant, Laufey, father of Loki. 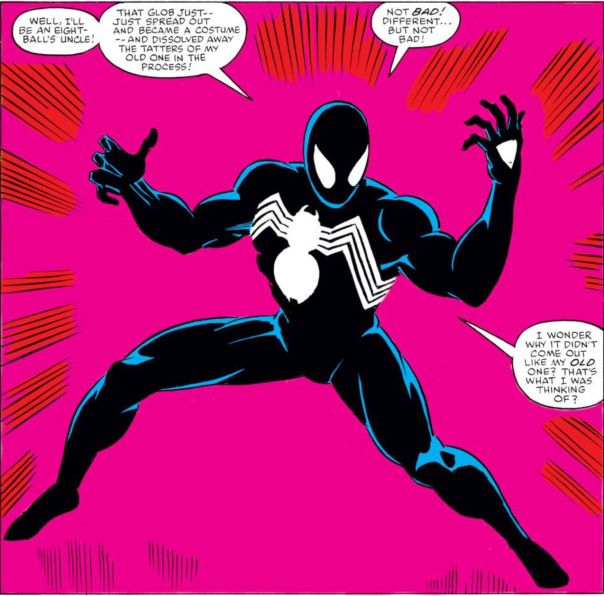 First dubbed the black costume by fans, courtesy Jim Shooter’s Secret War event, this represented a pivotal moment in Spider-Man’s mythos. After his costume is damaged in the Secret War storyline, Peter Parker finds a room with a fabricator, and the black costume was born. Little did he know the long-lasting impact it would have on him as it was revealed to be an alien symbiote which eventually was responsible for the creation of Venom. 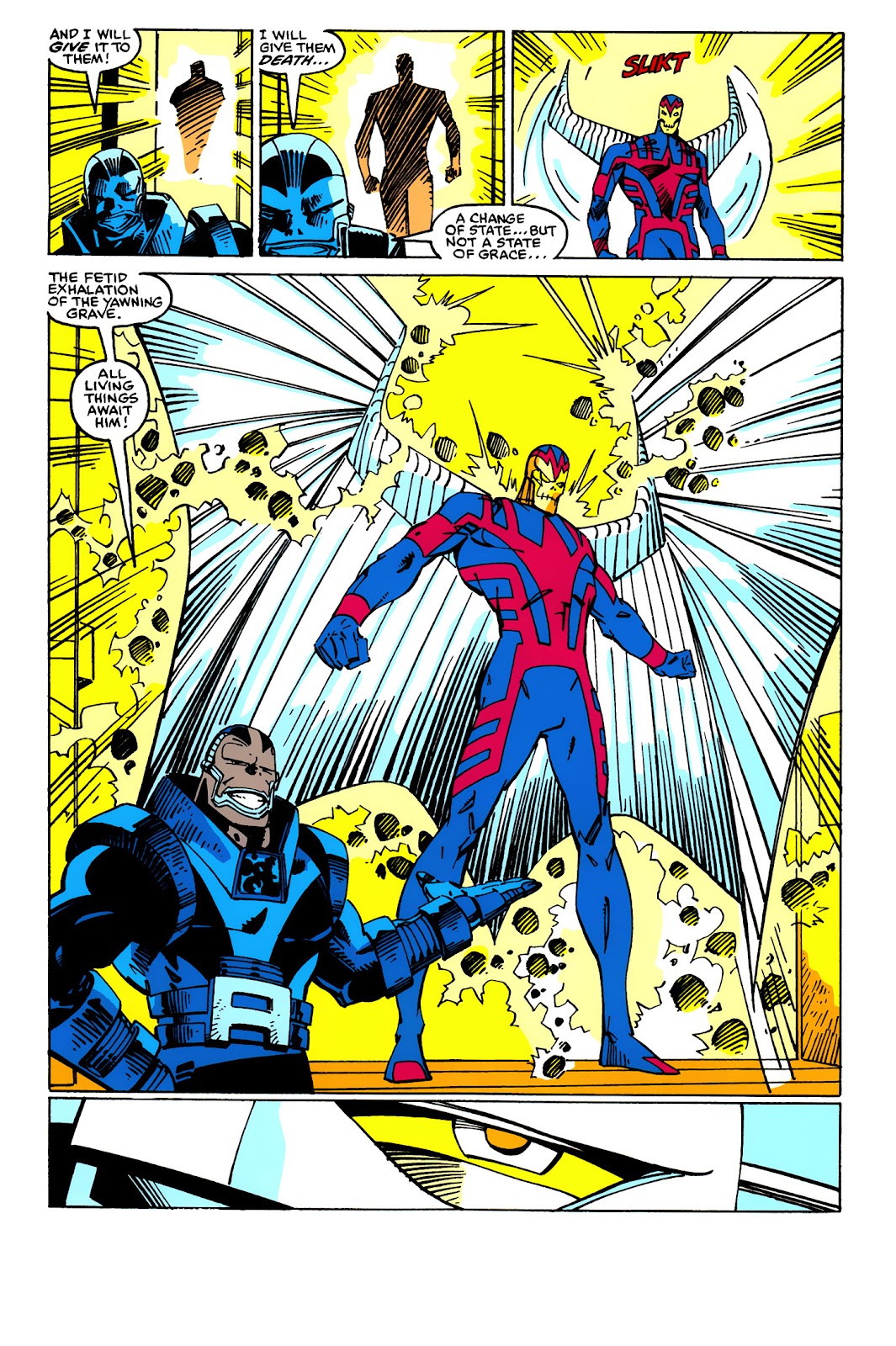 During the events of the X men storyline Mutant Massacre, Warren Worthington III, also known as the Angel from the X men, lost his wings after they were pinned to a wall by the supervillains Harpoon and Blockbuster. They were amputated to save him from gangrene. In X-Factor #24, Apocalypse, the ancient mutant, generally considered the first of all mutants, saves Angel from a plane explosion. He then genetically alters Angel’s structure to turn him into Archangel with wings that can cut through anything and release razor-sharp feathers as projectiles.

Most of The Justice League 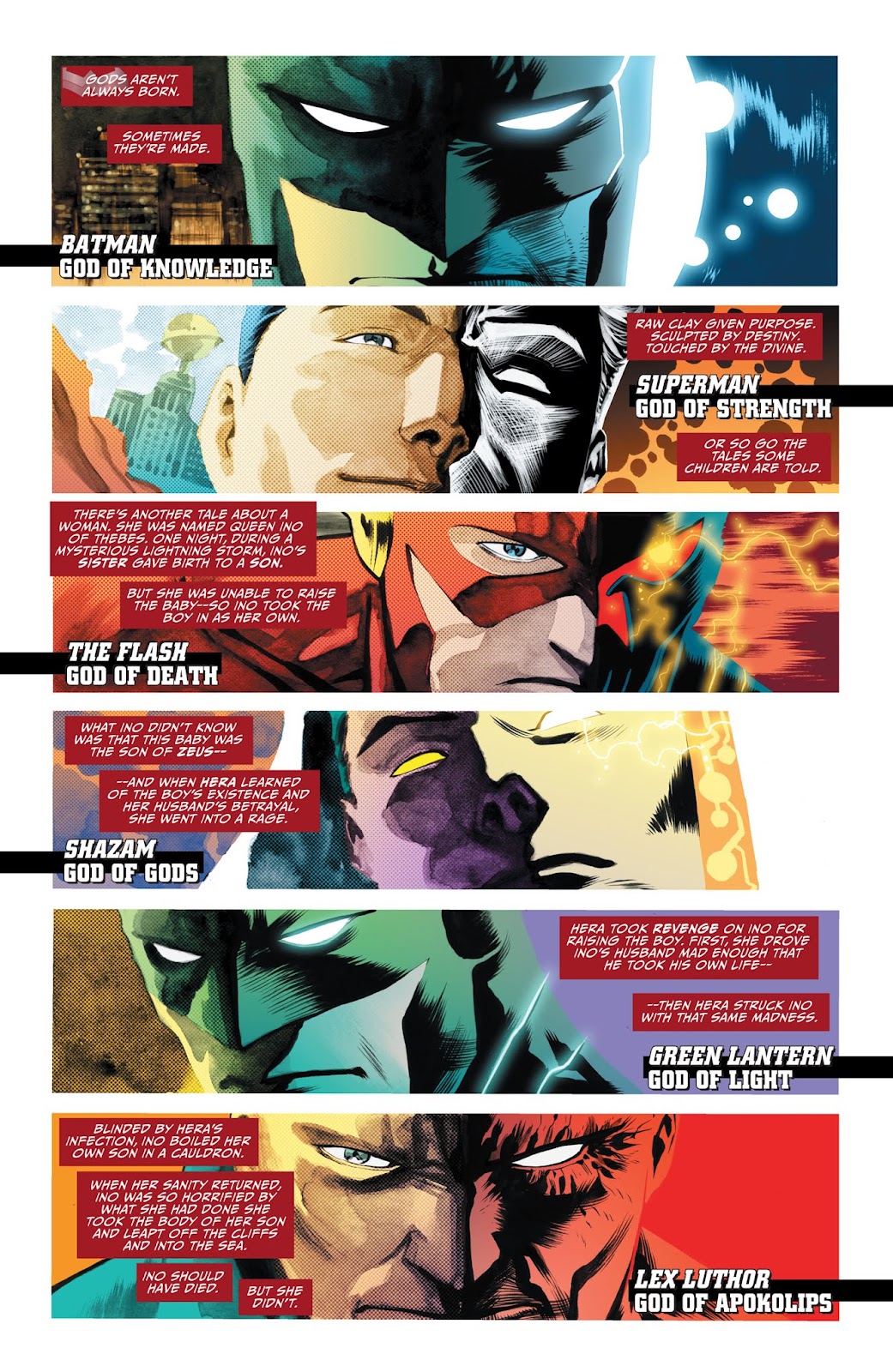 Geoff Johns’ Darkseid war event saw Darkseid go up against the universe- devouring anti-monitor. The result of this fallout saw quite a few members of the Justice League gain powers and abilities beyond their own. Batman sat on Metron’s Mobius chair and gained cosmic knowledge and the ability to teleport anywhere. Superman became a god of strength. The Flash became the black racer, the entity of death. Hal Jordan, the Green Lantern becomes the lord of light before renouncing it. Shazam gained a whole host of new abilities from a new pantheon of gods and Lex Luthor gained the powers of Darkseid and became lord of Apokolips 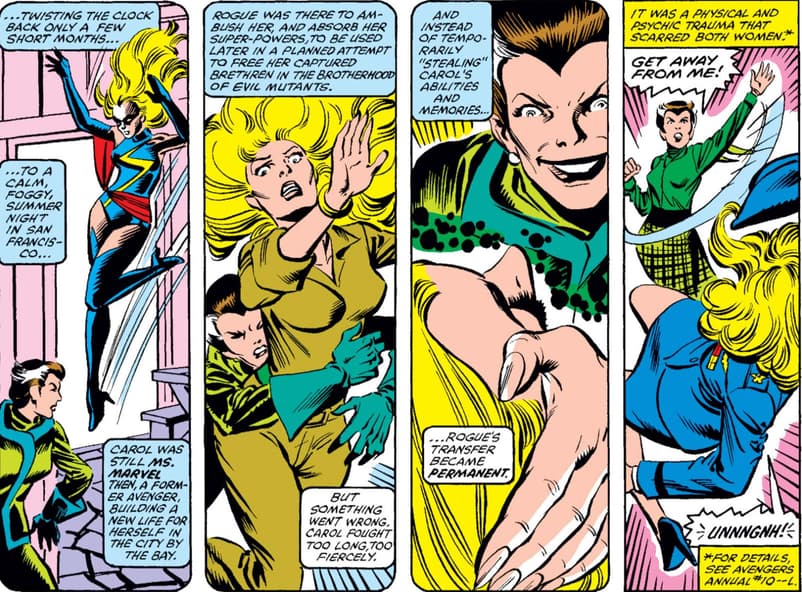 The newly-married Anna Marie LeBeau has a far less heroic origin story. Rogue made her debut with the Brotherhood of Evil Mutants and absorbed the powers, abilities, and even the memories of an individual named Carol Danvers. She struggled with psychic fragments of people she had touched and absorbed and approached professor Xavier for help. He in turn welcomed her to the X-men. She eventually came to terms with her issues and was cured of the pain she presented with the fragments. 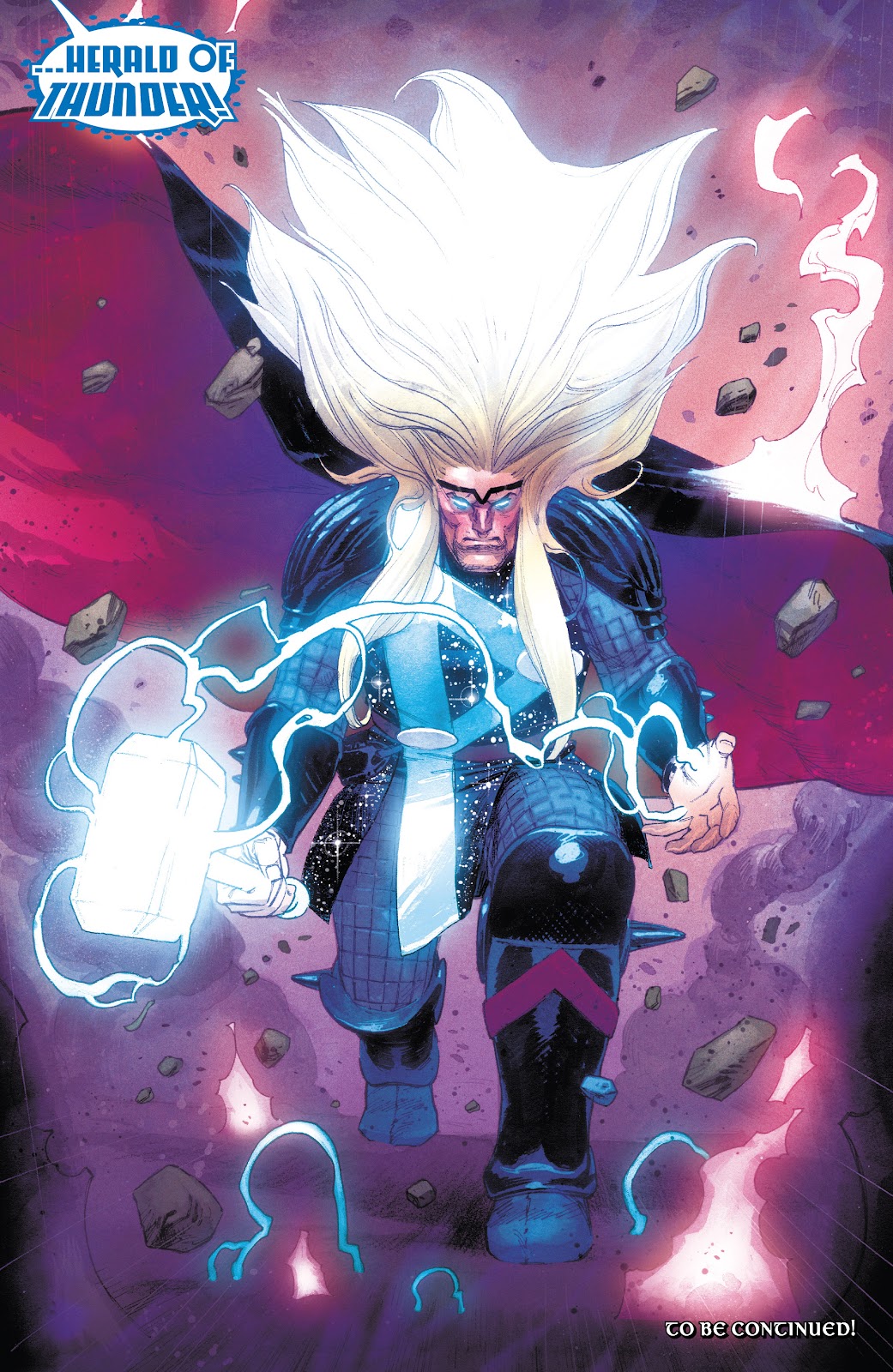 Meet the new All-Father of Asgard, Thor Odinson. Following the events of the War of the Realms, Odin declares Thor, the new All-father. However, that all changes when a beaten and bruised Galactus landed in Asgard seeking the new All-Father’s help against a threat called ‘the Black Winter’. To assist him better, Galactus bestowed upon Thor a new title and abilities as ‘The Herald of Thunder’. It remains to be seen at this time what adventures lie in store ahead for our favorite thunder god.

Jean Grey and The Phoenix Force 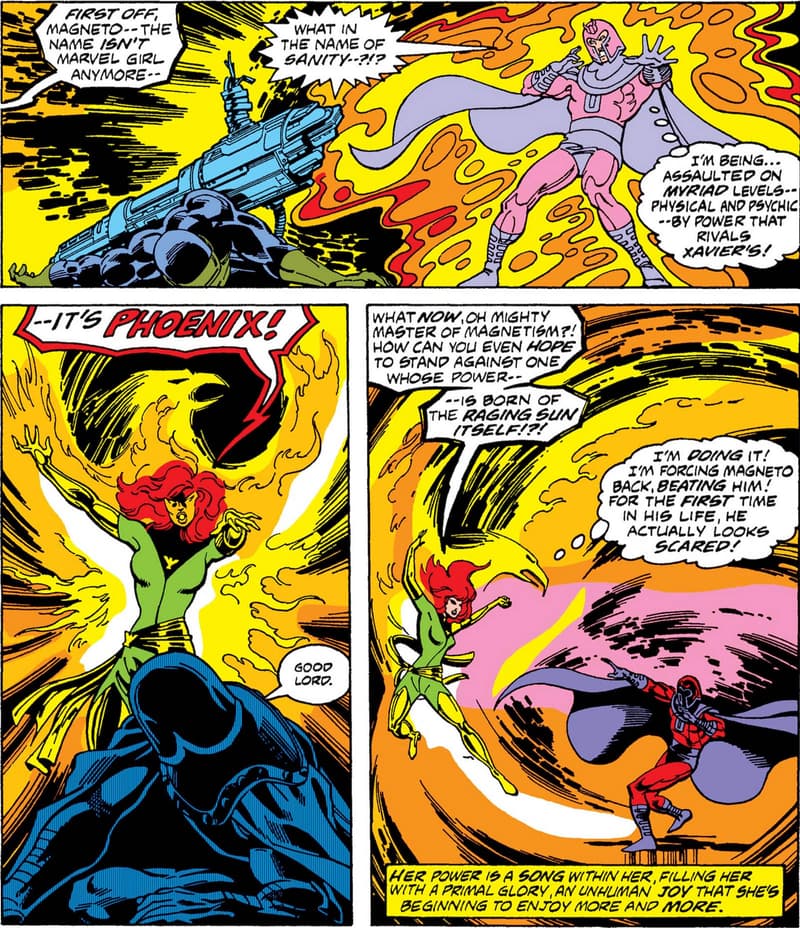 When Chris Claremont wrote the Dark Phoenix Sage, he had no idea he was writing a cornerstone of the world of comic books. The Phoenix Force is a manifestation of universal life and passion, born in the big bang. This primordial force latched onto Jean Grey which saw the destruction of several planets and the eventual death of Jean Grey. 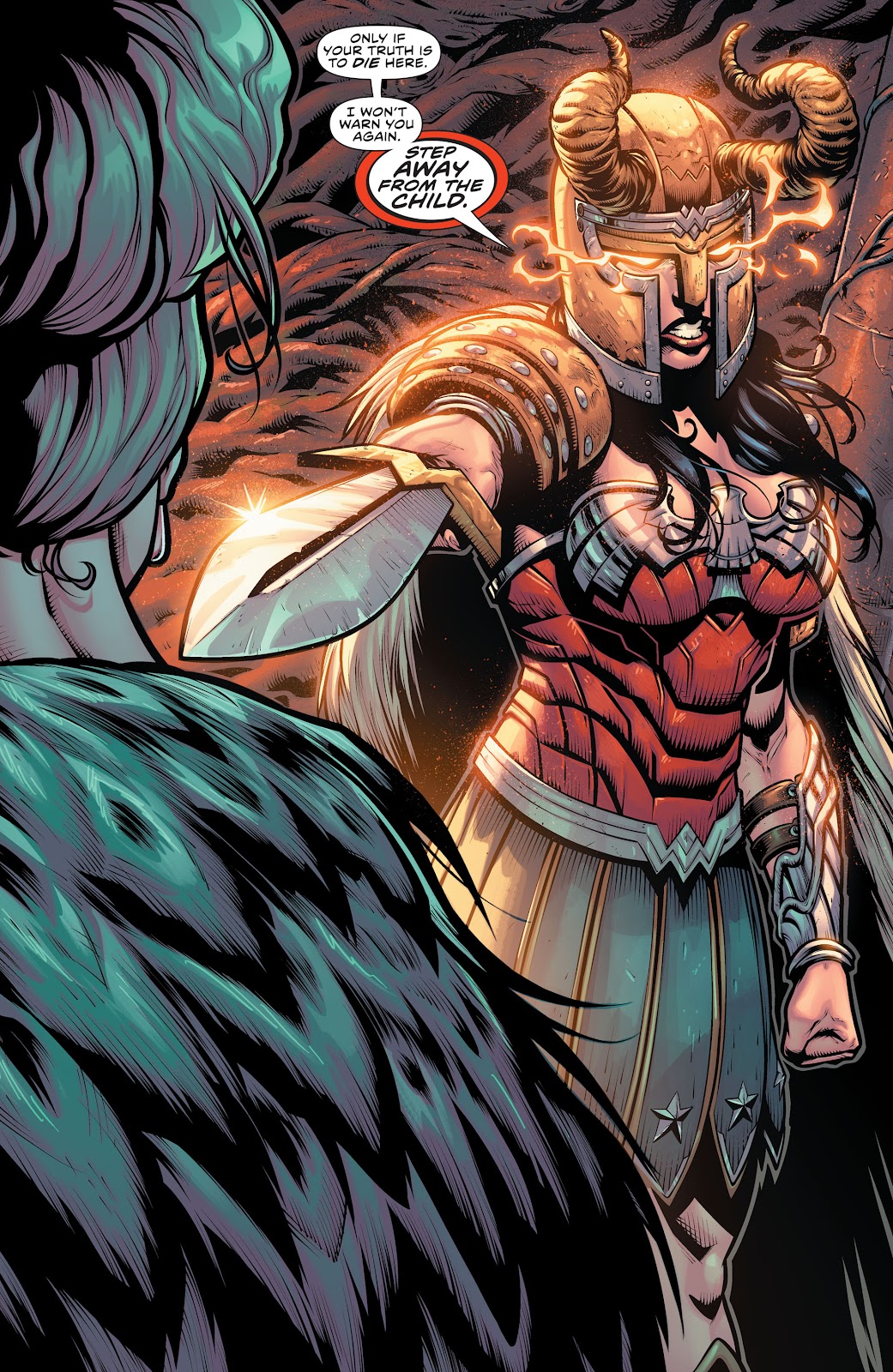 When Wonder Woman stopped the First-Born son of Hera and Zeus, a terrifying and cannibalistic man, from killing Ares, she killed Ares herself and became the Goddess of War. The Amazons are later restored as part of the ending of the storyline, and Diana rules over them as a goddess. 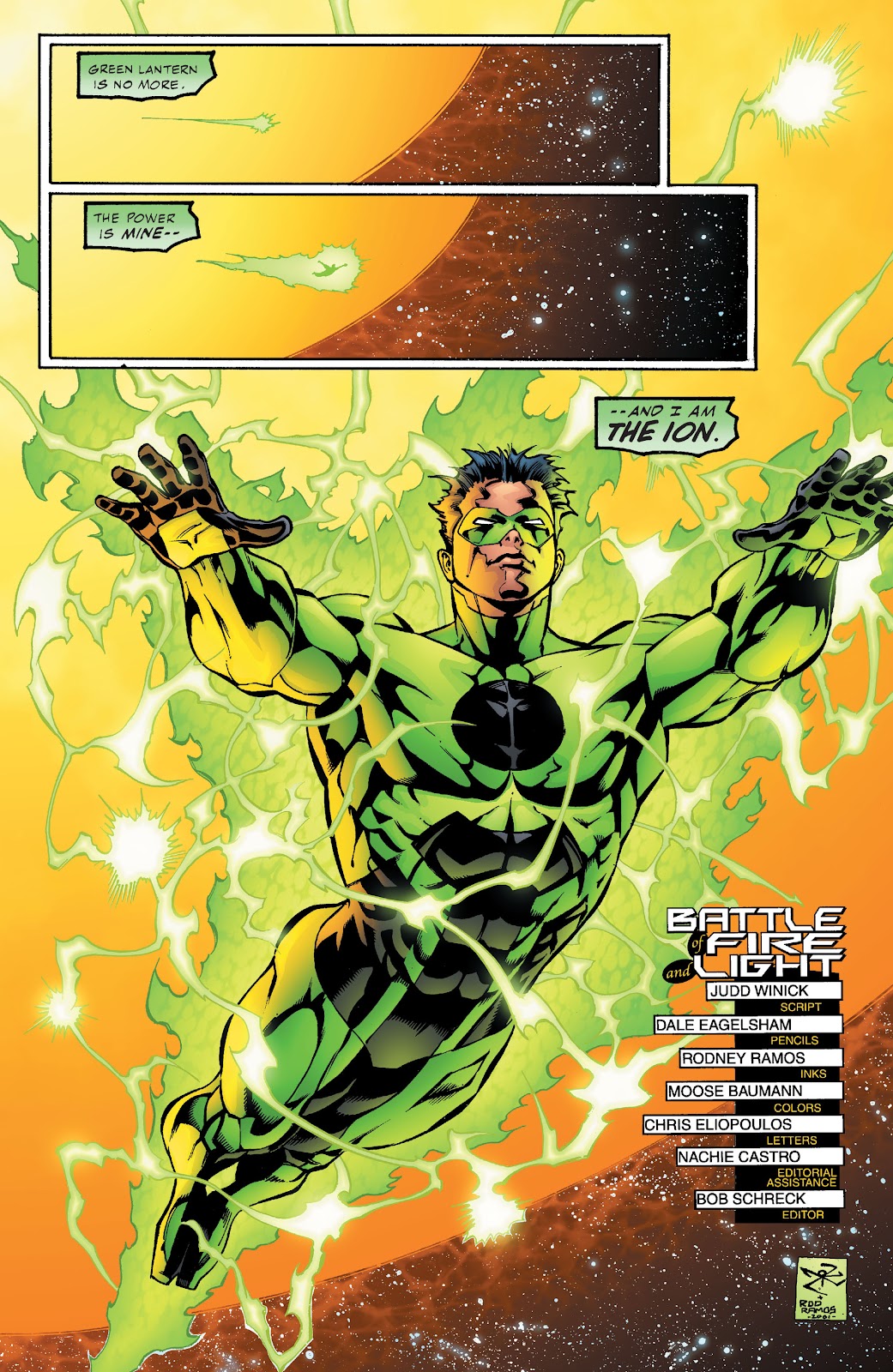 Created by Judd Winnick and Dale Eaglesham, Ion was born from the green wavelength of the emotional spectrum. It was a manifestation of the powers of the guardians and the power stored in the Oan power battery. It chose Kyle Rayner as its first host, giving him near omnipotent control over time, space, and reality for a while. Sodam Yat, a distinguished Daxamite lantern then became the new Ion.