10 TV costume details that you definitely missed. It’s no doubt that a lot of thought goes into making a film, documentary, or television series. Today, let’s narrow down our focus to just the television spectrum. Throughout the years, we’ve seen some outstanding shows that have baffled us. What makes a television show great? Of course, the storyline, characters, the actors, directors, and such. But in reality, it’s the little details that make you want to watch the show again. So, let’s talk about the 10 TV costume details that you surely missed. Check it out!

During the “I am the one who knocks,” scene, Walter removes his redshirt to reveal a much darker t-shirt of the same color. This actually represents the darkness that has invaded the scene. And we all remember Byran Cranston‘s impeccable performance in this.

If you notice, then Beth Harmon often sports plaid or checks to express that chess is always on her mind. Plus, when she became the World Champion, her final outfit was all white representing the queen. The Queen’s Gambit is a must-watch.

In season 3 of Stranger Things, Lucas and Max are wearing the same t-shirts that Eric and Donna wore from That 70’s Show.

If you were to notice, then every time Jane is about to go through a major event in her life that involves romance, she is always seen wearing a yellow dress. 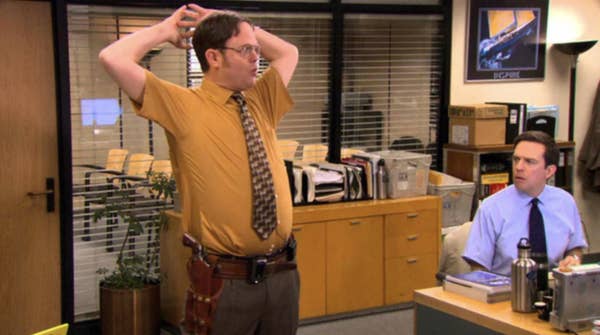 When Dwight K. Schrute became temporary manager for the Dunder Mifflin Scranton branch, one cheeky Andy detail slipped by. Remember how he always used to mirror his boss to be more likable? Well, here, he started wearing short-sleeved shirts.

If you have a clear memory, then you must have noticed that Penny repeated her outfit. Well, not for budgetary issues, but for nostalgia purposes. She wore the same shirt in the final episode as she did in the very first episode.

7. The Haunting Of Hill House 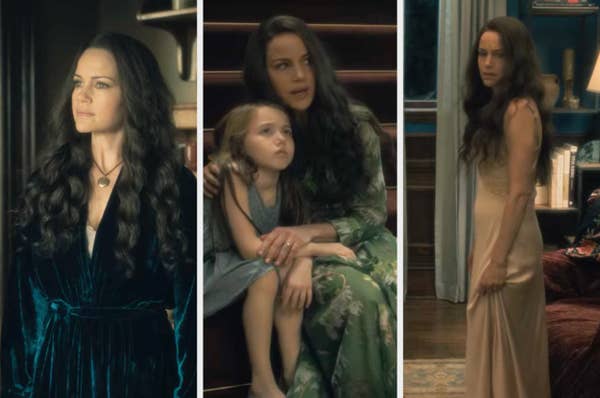 If you notice, then Olivia’s outfit keeps changing in order to represent her dive into the madness. Moreover, the dresses come from the wardrobe of Poppy Hill – the ghost that haunts her.

In “The Gang Gets Trapped,” it looks like the lot brought an Indiana Jones outfit before breaking in the house. But they couldn’t decide who would wear it so they split up the costume. Charles wears the jacket, Mac wears the hat, and as you can see, Frank has the whip.

In the “Goodbye Michael,” episode, you can see a red strand of yard hanging as Michael walks through the security check. This is actually from Phyllis’ unfinished oven mitts that Michael had to leave with because of his flight. 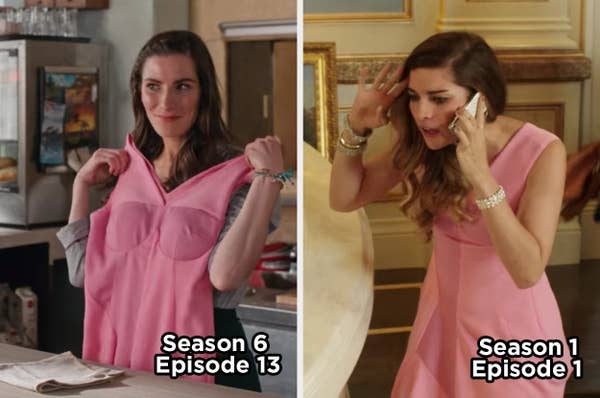 To simply sum up just how great the show is, let me give you a small costume detail as well. Do you remember the pink dress that Alexis wears in the first episode? It’s the same dress that she gives to Twyla in the series finale.