Sometimes, apart from expert directing, brilliant acting, and phenomenal script, impromptu scripts and performances make the scene unforgettable. With almost every aspect of life was at a standstill, tv was that one thing that somehow made us all through 2020. With enough shows and millions of people were at home, tv offers a kind of escape at a time when many of us need it most. Of course, some shows tried catching up with the ongoing pandemic by locking it into storylines and mixing their usual formats for better and (mostly) for worse. For the most part, however, television keeps windows open to a world that exists beyond the new coronavirus. While it’s irritating to see people sharing drinks and getting lost in fright in crowds and grocery stores (what a concept!), there was no denying that living was in this distant reality was also a bit of a relief, even for a few minutes, at that point of time. So thus, there some moments that are so freaking smart that fans can’t believe that tv shows actually pulled them off. So in an attempt to let fans know about these shows, we at Animated Times have curated a list to let you know.

10. In How I Met Your Mother, when every scene from the “Bad News” episode included hidden numbers that secretly counted down from 50, and when it got to zero Lily appeared and told Marshall that his dad died:

9. In The Haunting of Bly Manor, when everything unfolded in the finale, and it was revealed that Hannah was actually staring at her own dead body down the well when Dani met her in the first episode:

8. In Community, when they spent the first two seasons casually mentioning the name “Beetlejuice,” and after the third time an actual Beetlejuice appeared in the background, just like he does in the movie: 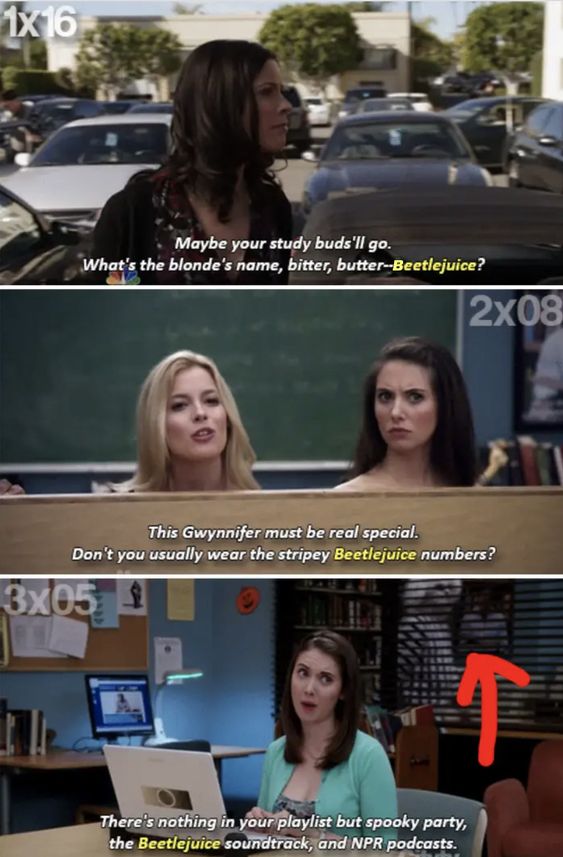 7. In Grey’s Anatomy, when an unrecognizable man was brought into the hospital in Season 5, and he traced the numbers “0-0-7” onto Meredith’s palm, calling back to O’Malley’s “007” nickname from Season 1 and revealing that he was actually George:

6. In That ’70s Show, when the series ended with everyone counting down to the new year, and the screen cut to black the second it became 1980: 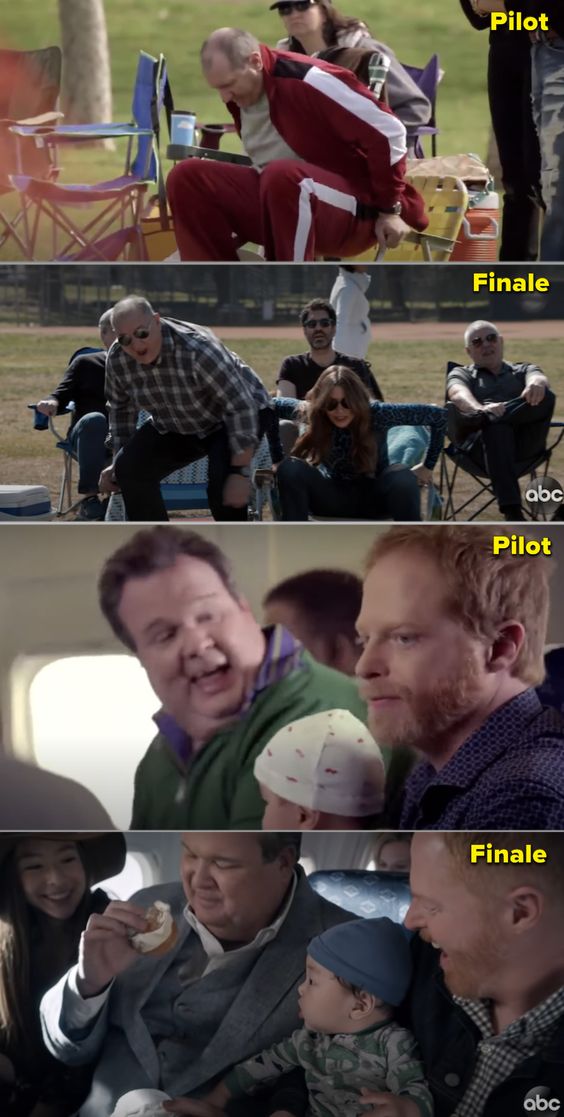 4. In Fleabag, when the Priest could sense that Fleabag was breaking the fourth wall and looking directly at the camera, and then he surprised the viewer by doing it too: 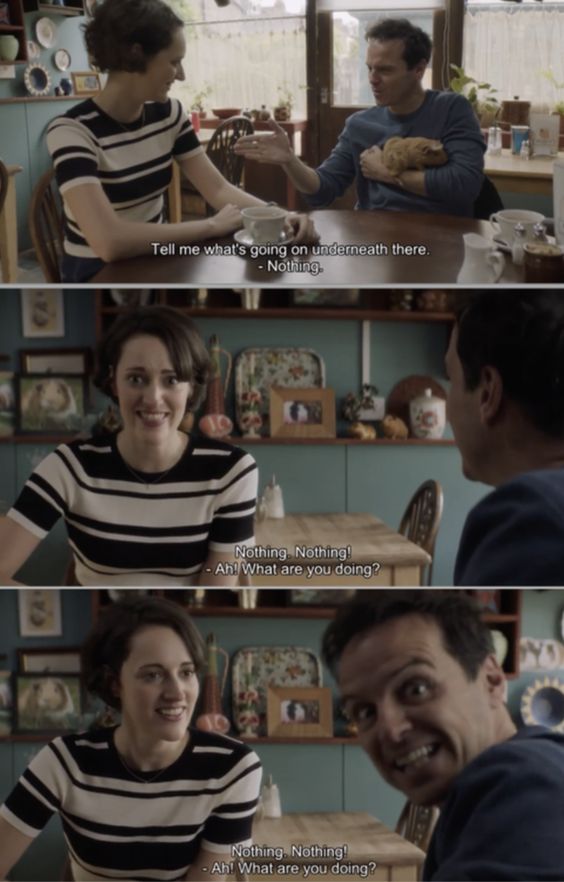 3. In Game of Thrones, when Arya tried to kill the Night King, but he pinned her arm back, so she dropped the dagger, caught it with her other hand, and stabbed him: 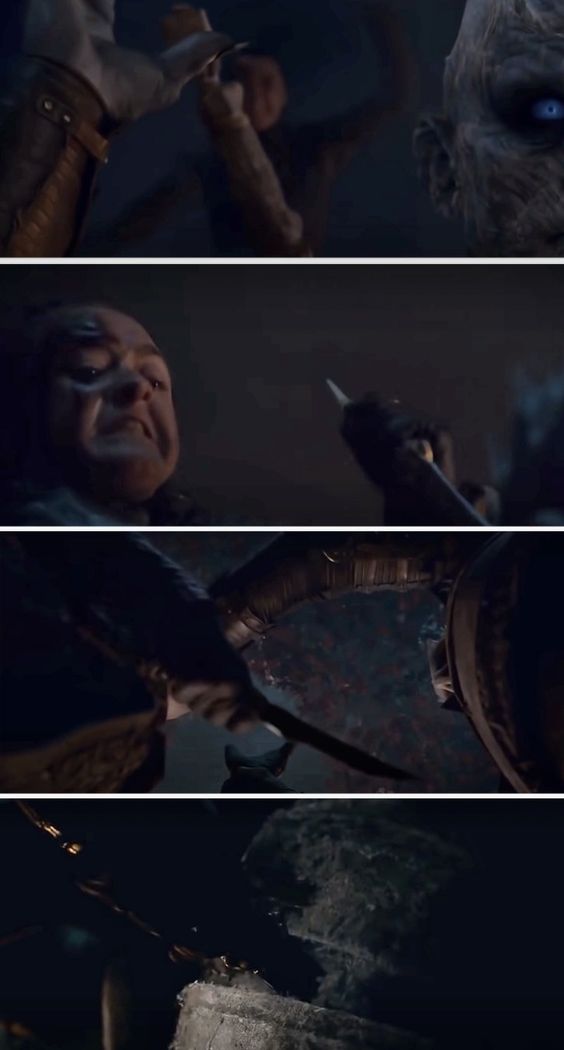 2. In Ozark, when the final line of Ben’s five-minute-long monologue to the taxi driver cleverly revealed absolutely everything you needed to know about Ben and his mental illness:

1. In American Horror Story: Murder House, when Violet and the viewer were tricked into thinking that Tate saved her, but she later realized she was actually dead and her spirit was trapped in the house:

So yes, these are 10 TV Scenes That Are So Smart That Fans Can’t Believe Shows Actually Pulled Them. I can’t believe that these shows managed to pull such intelligent scenes. So what do you guys think about these shows? Do let us know in the comment section below. Till then, keep on reading Animated Times, your one-stop destination, on getting a closer look in the entertainment industry, upcoming movies, and TV Series or celebrity gossips, and much more stuff; we have got you all covered. So continue reading animated times, guys, for more.