With more than a decade of delivering top notch entertainment, the MCU has had some really incredible moments that made all fans go “What The Hell!!” Let’s take a look at some WTF MCU Moments that took us by surprise.

The bad guys always lose. And by always we mean ALWAYS!! That has been the notion with which every superhero movie has been dealt with. You see the super villain getting stronger and stronger until the superhero gets serious and turns the tables. That was not the case with Avengers; Infinity War. Up until today, the scene where Thanos manages to snap his fingers, killing half of all life in the universe, remains one of the most harrowing and eerie scene in cinematic history. We still remember the silence and the chills in the theaters when the Snap happened and our heroes fell one after the other. The Thanos Snap is one of the most surprising moments in movie history that no superhero fan will ever be able to forget. 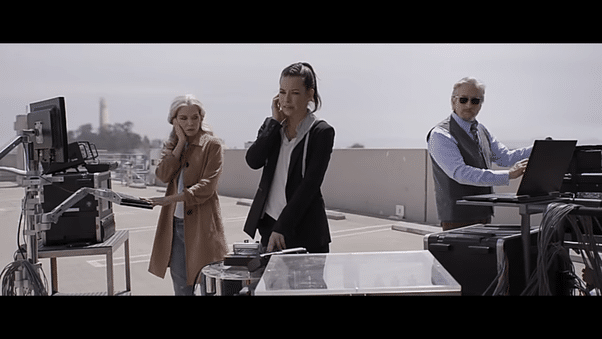 Now this really took us by surprise. Poor Scott Lang never saw it coming. He was not ready to feel the music. Antman and the Wasp was the first movie to be released after the events of Avenges: Infinity War. This movie was set during the time of Avengers: Infinity War. It also had the job of explaining to the fans why Ant Man was not present during the Battle of Wakanda. He was busy fighting Ghost and freeing Hank Pym’s wife from the Quantum Realm. While Antman was stuck in the Quantum Realm, Janet and Hank Pym withered into dust, leaving our poor Bug Eyed Superhero trapped within the micro dimension.

Captain America Does Not Return Back To the Present 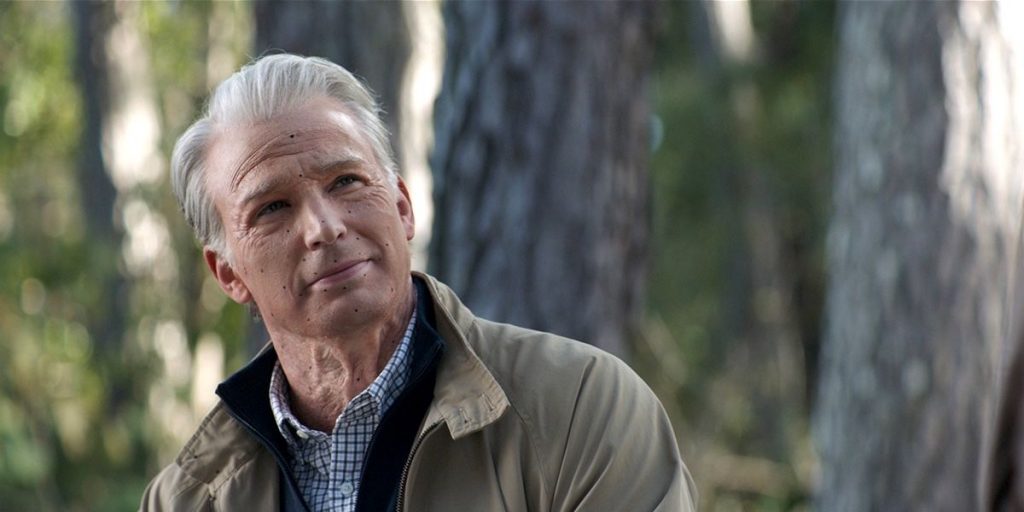 Captain America has had a long history in the Marvel Cinematic Universe. He had fought Ultron, helped take down a Hydra infested SHIELD, and even fought his fellow Avengers during Civil War. Captain America needed to take a break. And a break he did take. After all was said and done in Avengers: Endgame, Captain America was tasked with putting the Infinity Stone back in their places. Using the last of the Pym Particles, Cap travels to the past and sees Peggy, the love of his life. He does not return. We see an older Captain America sitting near a bench. Cap decided to stay back and live a life he had always dreamt about. Captain America finally took a long break. That was such a beautiful and heartfelt farewell to the Super Soldier’s legacy. 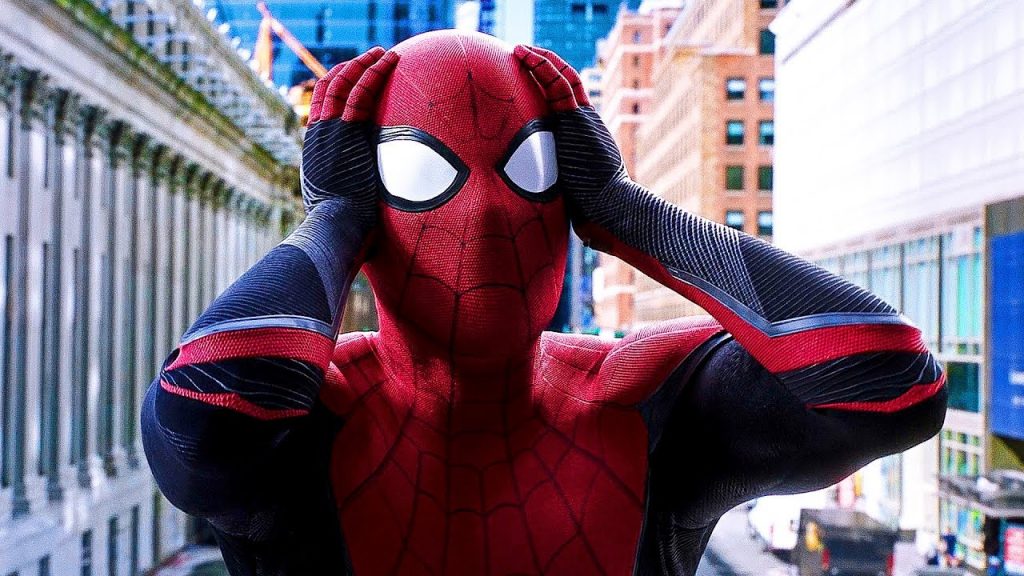 We bet literally no one saw this coming. Mysterio’s ‘death’ signaled Peter Parker’s return to normal life. The world was intact. Peter got the girl and saved the day. Boy was he wrong about this! Mysterio had one final trick up his sleeve. He had managed to figure out the real identity of the Friendly Neighborhood Vigilante and via a video recording he spilled the beans to the whole world. The final scene of Spider-Man screaming “What the Fu…” was felt throughout the movie theater. 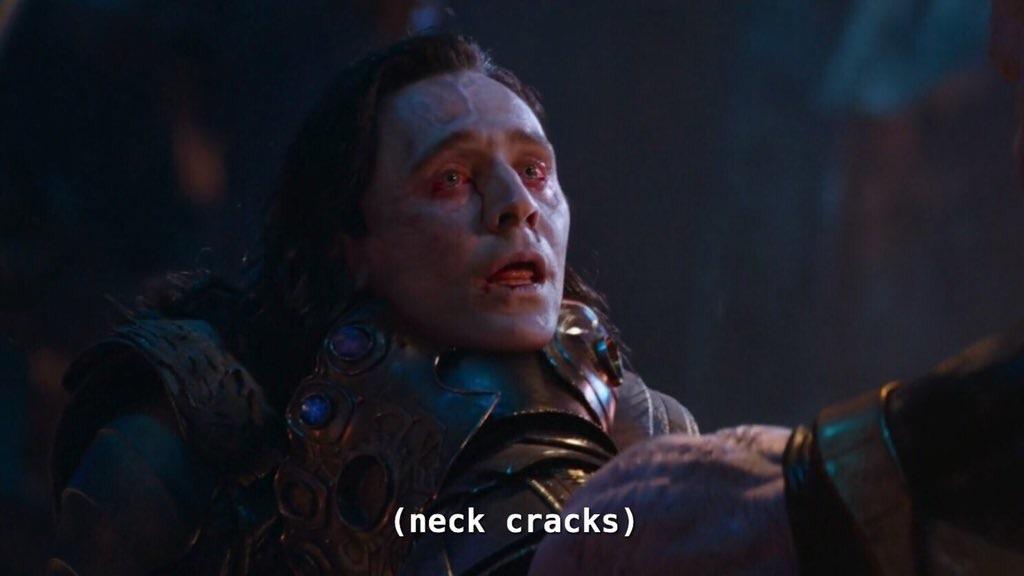 With Thor: Ragnarok, Loki had finally returned from the Dark Side. His character development from a super villain to a reluctant anti-hero was complete. So his death at the hands of Thanos was all the more tragic. The Audience loved Tom Hiddleston’s Loki. After Loki showed his human side to the viewers, they loved him even more. Loki’s Final Words of “You Will Never Be a God” reverberated all over the world. Loki died a hero’s death and deep down, all of us just wanted to stand up and salute to his sacrifice. 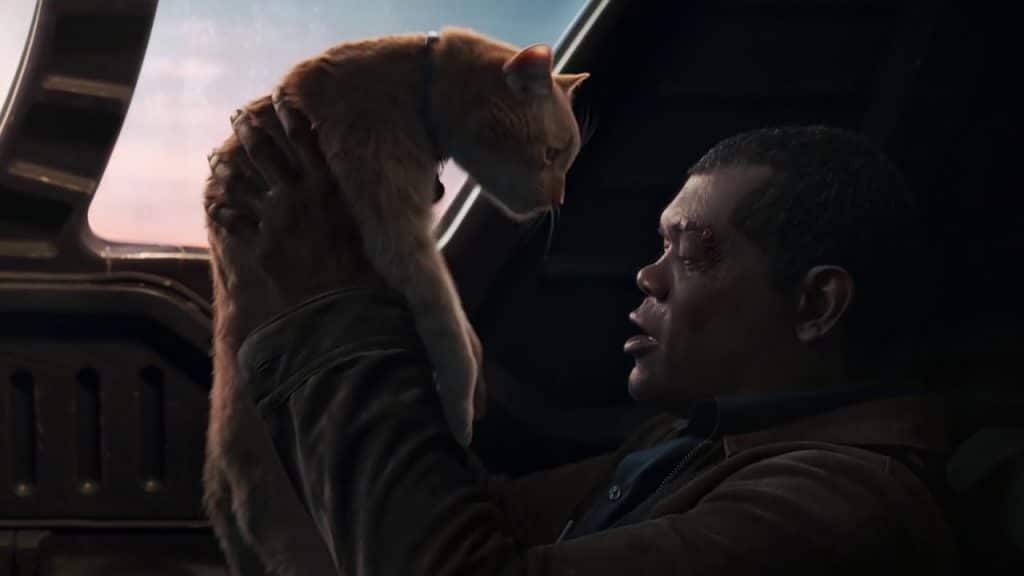 The official story was that Nick Fury lost his eye after he was captured by Alien Soldiers and tortured for days on end. But we all know that is just a load of horse crap. It was Goose, the alien Flerken that made Nick Fury permanently blind in one eye. The reason why it happened – Nick Fury liked Cats and he was playing with Goose. The constant face-making by Fury irritated Goose and the Flerken scratched him in his left eye. Bye-Bye One Good Eye Ball. 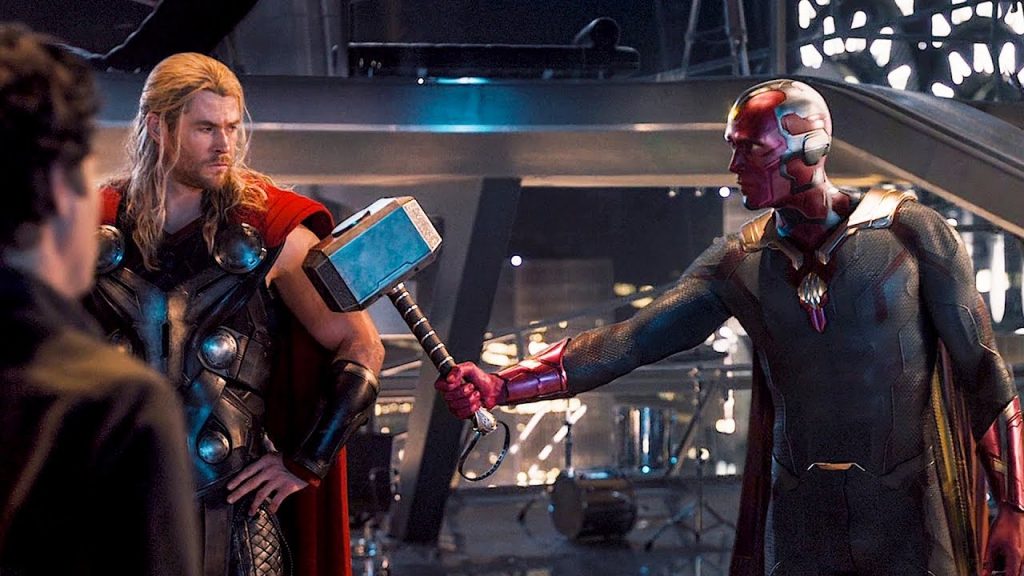 Ultron intended to use the Vibranium to create a more powerful body for him-self. The android body will also be powered by the Mind Stone. When Thor used his lightning to destroy the robotic body, it ended up acting as a power source, bringing Vision to life. Everyone was wondering whether Vision will be one of the good guys or the bad guys. Vision lifted Mjolnir to give it to Thor. The fact that Vision was worthy enough to lift Mjolnir was a real WTF moment for all Marvel fans. 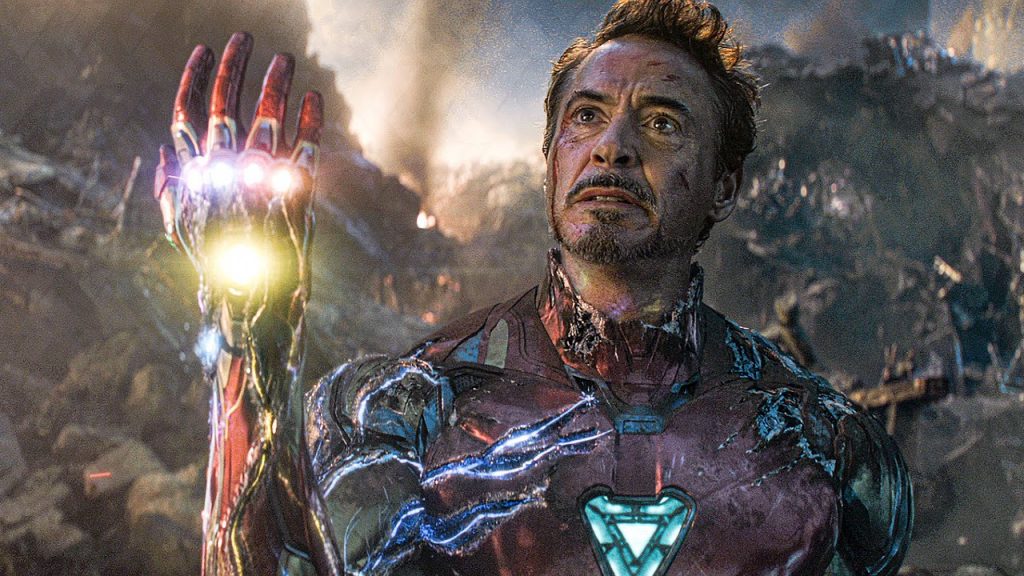 Out of the millions of possibilities Doctor Strange had seen, there was only one timeline where Thanos lost. When he said it in Infinity War, nobody knew what that could be. In Avengers: Endgame, things became a bit clearer. The only timeline where the Avengers win was where Iron Man uses the Infinity Stones to defeat Thanos and sacrifices his life in the process. It was a rather poetic moment indeed. Iron Man was always scared that he was not strong enough to defend the Earth against unknown threats that lurked around the universe’s corner. And yet he was the one who single-handedly defeated Earth’s greatest threat. 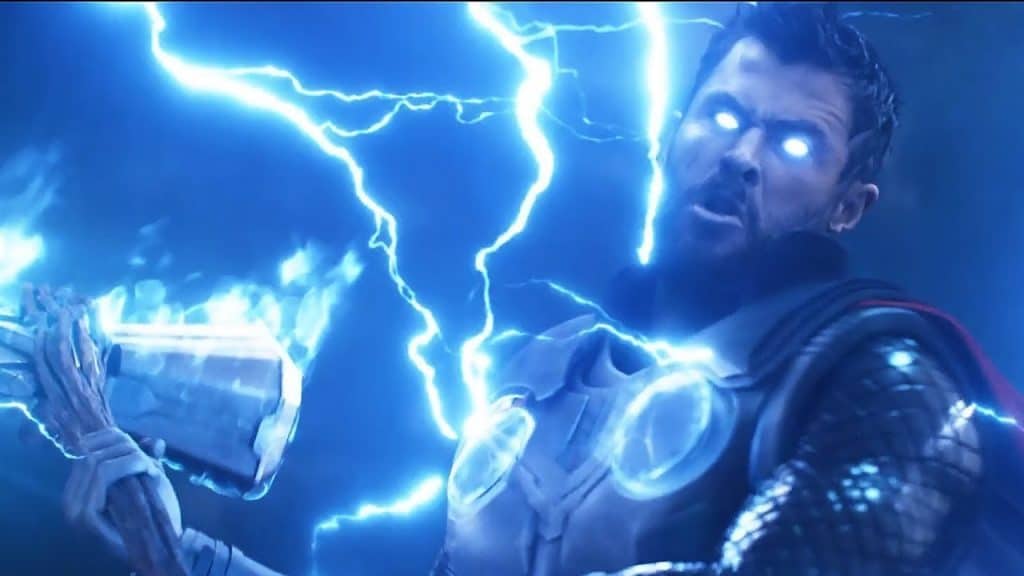 Thor was coming for Thanos’ head (whoops).We all knew that. We did not anticipate that gaining a new weapon would grant Thor such a boost in power levels. Thor literally decimated the entire Outrider army, demanding that the invading force bring him Thanos. The show of force from Thor was magnificent. Everyone in the theater was screaming at the top of their lungs. That scene sent chills down everybody’s spine. 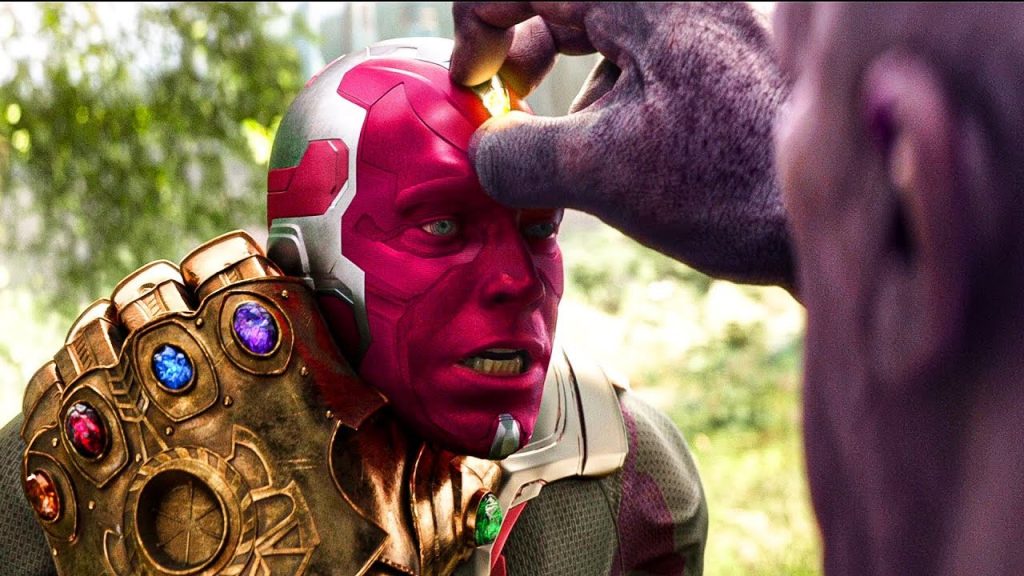 You thought being sucker-punched is painful? Ever had been killed and then resurrected only to be killed again!?!?! That was the fate that was waiting for the Android Avenger Vision. Scarlet Witch used her powers to destroy the Mind Stone, killing Vision in the process. Nobody had predicted that Thanos will use the Time Stone to bring back Vision and then kill him on the same spot, in literally the same fashion, all over again. It was a painful and petrifying sight to watch. That was the moment everybody knew the Avengers had failed. The battle was lost.