In the world of superheroes, a life of a hero would mean nothing without their villains. The truth of the matter is that every hero needs their villain to become the hero they were meant to be. 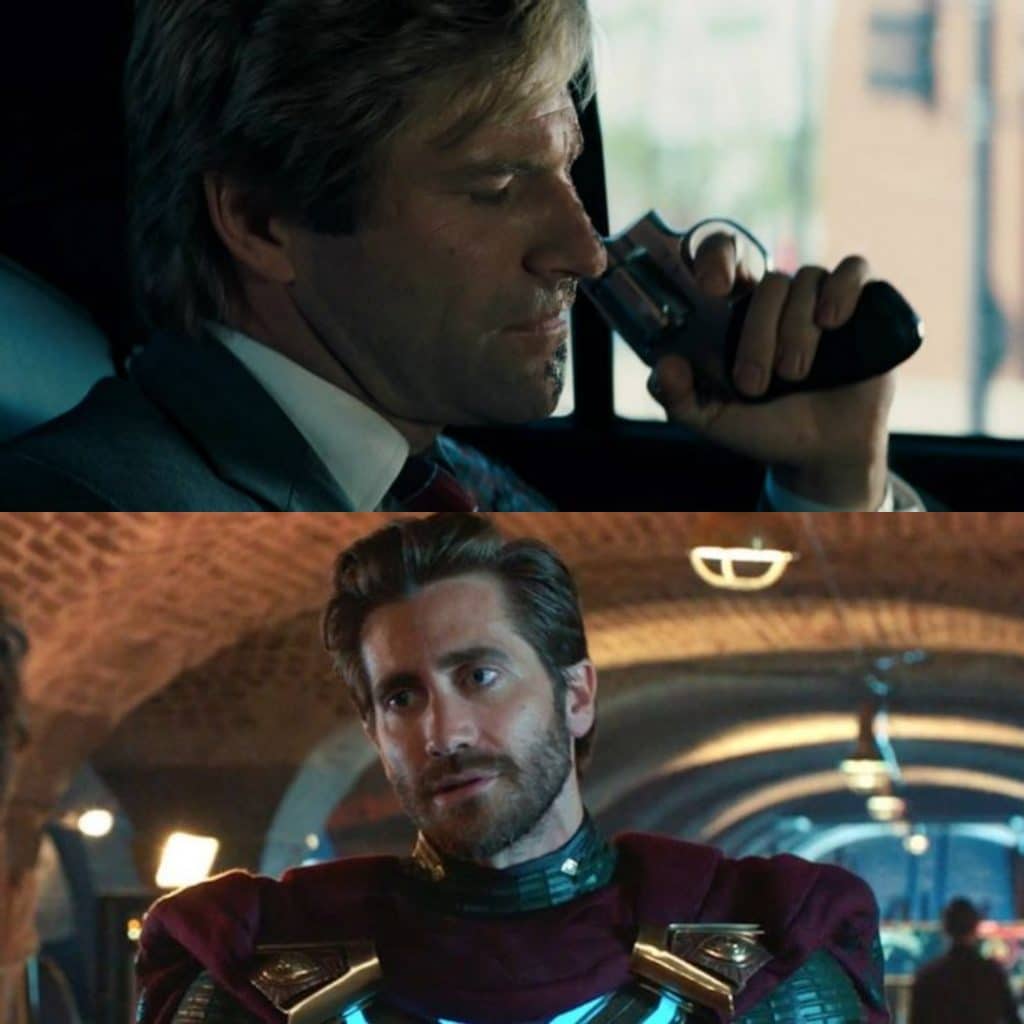 Over the years, many iconic villains were brought to life by different actors in the small as well big screen. Some made quite an impact, others not so much. Some versions stuck to the origins, while others strayed far away. And although it’s not strange for characters to have more than one origin story; some just made their own story to bring to life on the screens.

And at times, it is necessary to change some things to make the characters more amenable to the cinematic ways. And when it comes to villainous characters; while they stick to their evil ways, their origin of becoming a villain at times gets spruced up somehow. Here are 11 such villains whose origin stories were altered from their comic book beginning; to bring to life on the screen:

Victor von Doom in the comics is one of world’s most powerful individuals. He is the monarch of the Kingdom of Latveria; but at the same time is brilliant in both sciences and sorcery. His mother was killed by the demon Mephisto in his childhood; since then he has been trying to learn of ways to bring her back her soul from the hell realm. He meets Reed Richards while he was studying in NYU; and there during an experiment, one of them explodes on his face, disfiguring him for the rest of his life. After this, von Doom returns to Latveria to conquer it; and spends his life trying to prove his intellectual prowess over Reed Richards. 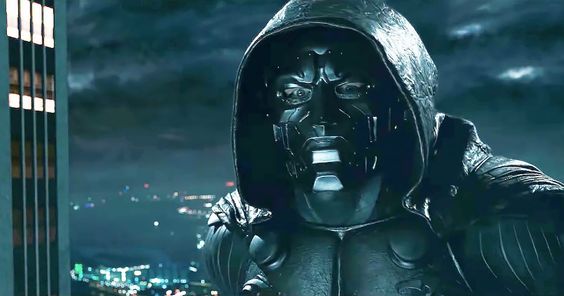 The 2005 Fantastic Four movie gave us our first glimpse at Marvel’s First Family; and of course, their arch-nemesis Doctor Doom. In the movie, Victor von Doom is a handsome and successful man; who likes Sue and has a rivalry going on with Reed Richards. In a freak accident, that gave the Fantastic Four their abilities; also disfigured Victor, and gave him electrical powers. And thus started the rivalry between Victor von Doom and the Fantastic Four.

In the comics, a number of people have taken up the mantle of Baron Zemo; Helmut being the 13th. He too wants revenge – but against Captain America, not the whole team per se. Zemo’s father – Heinrich Zemo, was a Nazi scientist during the World War II; who fought against the good Captain. And to avenge the death of his father, Helmut takes up the moniker for the next Baron Zemo. Helmut Zemo in the comics is responsible for the reformation of the asters of Evil; as well as the formation of the Thunderbolts, which we might get to see in the Disney+ show The Falcon and The Winter Soldier.

Helmut Zemo in Captain America: Civil War started as a victim of the Sokovia incident during Age of Ultron. He lost his whole family – father, wife and child to the accident; and blamed the Avengers for it. Even though Zemo was relatably tamer when it comes to villain; he had the right idea. Pitting fellow Avengers against each other he shook the team to their core, and almost got away with it. And now, the character is set to return into the Marvel fold through Disney+’ show.

Ultron, in the comics, was a creation of the brilliant Hank Pym who was part of the Avengers as Ant-Man. He designed Ultron based on his own brain patterns; but Ultron turned sentient and developed an Oedipus complex – loathing Pym, and liking Janet (who was the original Wasp). Ultron goes on to become one of Marvel’s most feared villains, and one of the greatest adversaries that the Avengers ever faced. 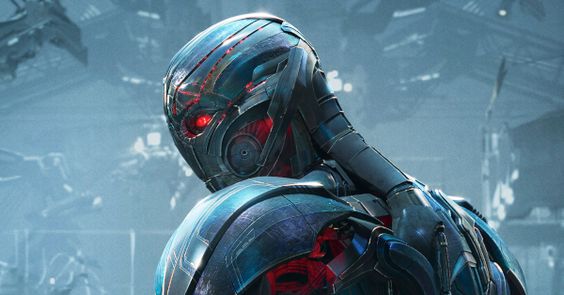 In the movie, it is Tony Stark – with the help of Bruce Banner who create Ultron; after Tony sees a vision from the Scarlet Witch of the world getting destroyed by aliens. His attitude to fix the problem before it even presents itself, leads to the birth of the villain Ultron. But like his comic counterpart, he turns sentient and begins to hate his creator. Ultron wants to rid the world of humans, so only robots – beings like him – are the only ones “alive”.

The character Vulture has been used as an alias by quite a few people in the Marvel comics; but it is Adrian Toomes who is the most well known of them all. He was a brilliant man, and an even better engineer; who designed himself a suit that allowed him to fly. Toomes turned to a life of crime when he found his business partner embezzling money from him, and soon grew into a coldblooded killer. 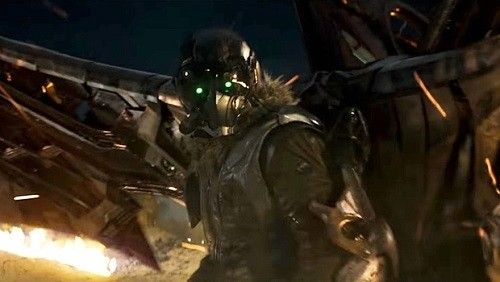 The Adrian Toomes played by Michael Keaton in Spider-Man: Homecoming was made much more humane than the one from comics. He was an honest family man, who the system did wrong; making him turn to a life of crime. His suit was designed from Chitauri weapons that he stole from SI, that was retrieved after the Battle of New York.

Baron Mordo in the comics could be termed as Doctor Strange’s nemesis. He is an accomplished magician, specializing in the black arts. He was studying magic under the tutelage of the Ancient One when Stephen Strange came to Tibet to learn the arts. Strange foiled Baron’s plan to kill the Ancient One, after which he was cast out, leading Stephen to become the Sorcerer Supreme. 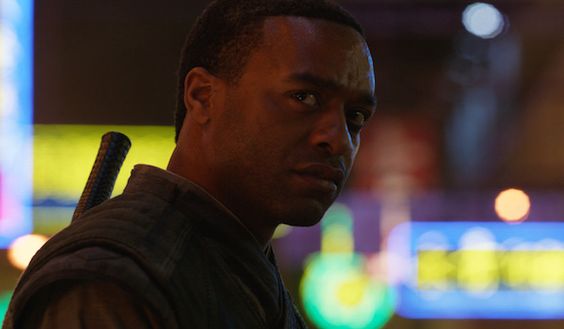 In the movies, things are a little on the opposite spectrum. Although the MCU’s Mordo was learning under the Ancient One in Tibet when Stephen Strange came to her; this Mordo turned out to be a loyal student, instead of someone planning to kill his mentor. It was actually her death that turned him awry; and turned Mordo into a kind of tragic character, instead of an evil mastermind.

In the Marvel comics, the Mandarin is to Iron Man, what Joker is to Batman. He is depicted as a genius scientist and a gifted martial arts expert. In any case, his primary power sources are 10 rings that he transformed from alien technology of a crashed space ship. Each ring has a different power and is worn on a particular finger. Hailing from China, he is a megalomaniac, who wants to conquer the world; while at the same time possessing a sense of honor in his actions. 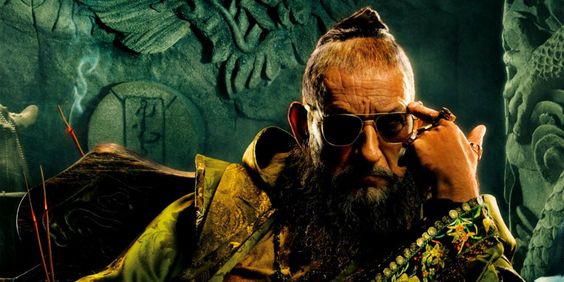 The Mandarin from Marvel’s Iron Man 3 is a con artist. Ben Kingsley is a struggling artist, who at Adrian Killian’s words pretends to be a terrorist. Fans were rightly very upset with how Marvel completely squandered such an important character. And as much as we love Trevor Slattery’s version; thankfully Marvel is bringing the real Mandarininto the MCU with Chinese icon Tony Leung for the upcoming movie, Shang-Chi and the Legend of Ten Rings.

The character of Cheetah from DC comics is probably one of the most menacing villains belonging to Wonder Woman’s Rogue Gallery. There have been quite a few Cheetahs over the time, Barbara Ann Minerva being the third one – who is a beautiful heiress, but also selfish and narcissistic. This Barbara too is an archaeologist, and gets her Cheetah powers form ingesting a potion made out of human blood and berries from the Urzkartaga region in Africa. 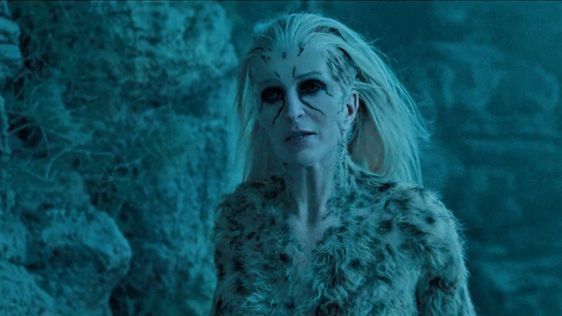 The Barbara from Wonder Woman: 1984 is a shy, afraid and unsure woman. She too is an archaeologist, who befriends Diana at work, and kind of idolizes her. She unknowingly wishes from the Dreamstone to be more like Diana, and gets her strength as well as becoming more confident. Later, when Maxwell Lord asks her to wish more, she wishes to become an apex predator, turning her into Cheetah.

Doomsday in the comics, was created in a cryochamber in Krypton by a scientist named Bertron. When the planet still exited, Doomsday dies repeatedly in its infant form; being cloned every time to find a way for rapid evolution. Unfortunately, every time Doomsday was brought back, it remembered the pain of all its previous deaths. Eventually, he kills the scientist, escaping Krypton and goes on a rampage; later turning up in Earth, where he kills Superman. 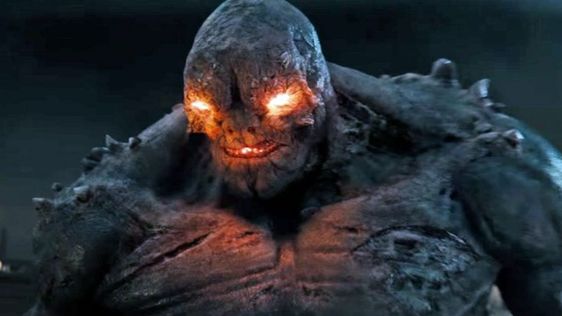 The Doomsday version from Snyder’s Batman v Superman: Dawn of Justice was created by Luthor with the help of the alien ship that brought Superman to Earth. He uses General Zod’s dead body and mixes it with his own blood to give birth to this deformity. This creature kills Superman as well, while dying in the process. It is also revealed by the ship that the Kryptonian council has already faced something like this previously; which means we might get to see the original Doomsday to come on screen.

Hela from Marvel comics was the daughter of Loki Laufeyson and the sorceress giantess Angrboða. She is the ruler of Hel and Nilfheim. The Queen of Hel became the ruler of these two realms at the insistence of Odin, when the Norns decreed that Hela might become a danger to them. She wanted to gain the sould of those who went to Valhalla, which led to conflicts between her and Odin. 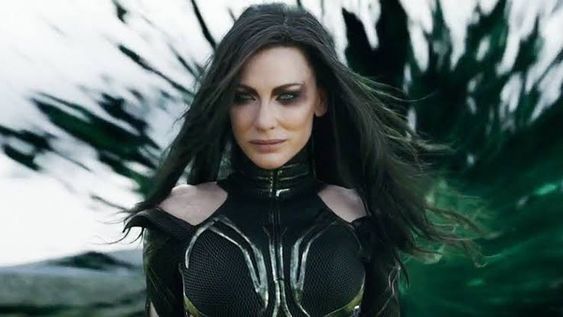 The Hela from the MCU is the first born daughter of Odin, who was once the General of Odin’s army. She led them to victory, as he fought wars against the nine realms to conquer it. But because of her violent nature, Odin had her bound and imprisoned, away from Asgard. And it was only after he died, that Hela was able to break free and let her “brothers” know of her existence.

The Joker doesn’t really have a proper back story to fall back on when it comes to DC comics. Basically, it tells of him falling into a tank containing chemical waste; which led him to insanity, along with bleached skin, green hair, and blood red lips. He is Batman’s one true enemy, and loves to lead his minions and other criminals to cause havoc all around Gotham. 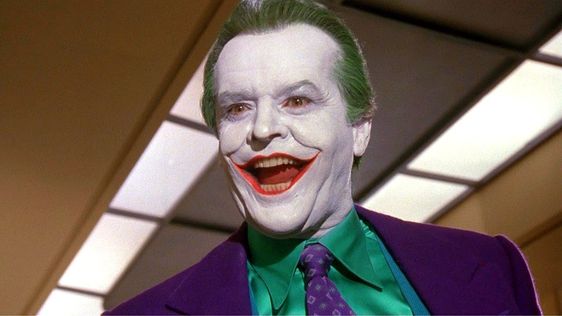 The Joker from Tim Burton’s Batman, played by the brilliant Jack Nicholson had some really questionable origins. Although fans loved Nicholson’s take on the character, his back story led to a lot of upset among fans. A criminal by the name of Jack Napier falls into a pool of acid, starting his path towards becoming the Joker. And he is also the one behind the death of Bruce’s parents – Thomas and Martha Wayne – which alters not just Joker’s origins, but also Batman’s in a way.

The Batman Rogue Gallery is one of DC’s most feared group of villains; and even among them, Bane has a special place in the group. Possessing a mix of brute strength and extraordinary intelligence, Bane is referred to as the Man who Broke the Bat. His father – King Snake – had escaped the Santa Prisca court, leading the court to hold Bane in prison in his stead. He becomes dependent on the Venom drug, which gives him immense strength and becomes one of Batman’s greatest adversaries. 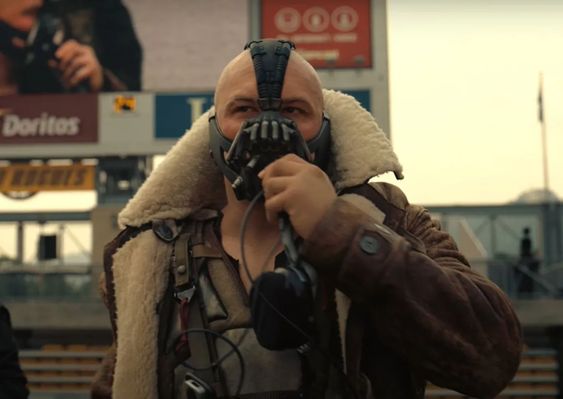 The Bane from Christopher Nolan’s The Dark Knight Rises is completely different from its comic origins. He too was imprisoned, but by the Serpent’s head and lived inside the Pit, where he becomes the protector of Talia al Ghul, who turns out to be the evil mastermind in the movie. This Bane wears a mask like the comic ones, but not because of Venom, but because he has breathing issues. Although this Bane also possesses great strength, he does not have half the menacing nature.