In a magical universe that too as big and bold as Harry Potter; which is based on a book, there is a lot to give justice too and too much to comb through it.
It has eight films, seven books and content is still being produced even after twenty years later; so it doesn’t come as a surprise that everyone involved paid a lot more attention to the continuity than we can imagine.
Thus, we have managed to put together some intriguing continuity details from the series.
Did you spot them when you saw the movie first?

1. The  Basilik’s Body Is In The Exact Same Spot 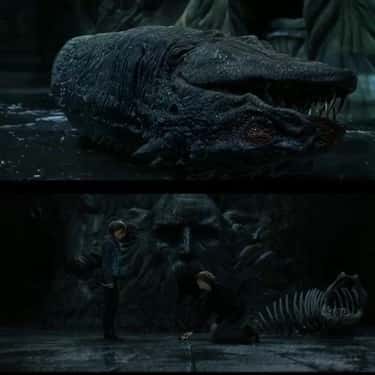 2. One Of The Patil Twins Walks Into A Thestrel 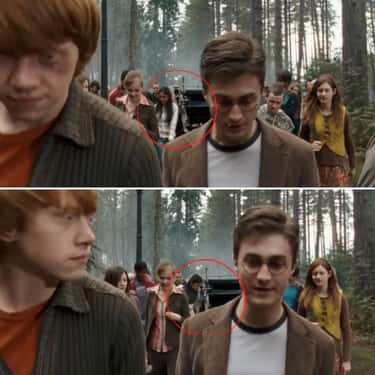 According to the Reddit user Haddrell  in the Harry Potter and the Order of the Phoenix, in the background the girl in the white. Pa can be seen recoiling and that is because she had bumped into a Thestrel connected to the carriage.
Since only people who had “seen” death, can see the Thestrels.

3. Nagini Wasn’t Trying To Kill Harry Back Then

When Arthur Weasley was bitten by Nagini, it took him weeks to find an antivenom and stay in hospital and on the other hand, when Harry was bitten by her, Hermoine was able to “fix” Harry up with the most common medicine available.
According to the Reddit user amyosaurus Nagini did not use her venom at all when she bit Harry. Her orders from Voldemort were to “Hold him” and thus her intention was not to kill him. He looked down at the puncture marks. “It wasn’t supposed to kill me, just keep me there till You-Know-Who came.” It’s the venom, Arthur was fine except that the venom dissolved stitches and kept the wound open. She didn’t use the venom on Harry (as that could’ve been fatal) and the wounds on Harry were just holes. Easily closed.

4. Neville Was Reading The Gillyweed Book Earlier In The “Goblet Of Fire” 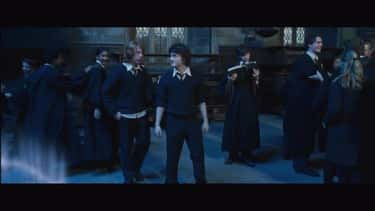 According to Reddit user Champeymon , in Harry Potter and the Goblet of Fire, when everyone was submitting their names, Neville was already reading the book that he would be using to help Harry for the second task. The book was given to him by Crouch who was disguised as Moody and of course contains the properties of the Gillyweed.

5. Lupin Slept On The Train Because There Was A Full Moon The Night Before 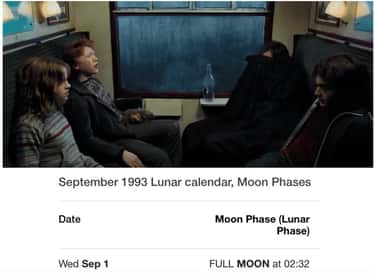 According to the  Reddit user hesperidae  , in the Harry Potter and the Prisoner of Azkaban, professor Lupin slept through most of the train ride to Hogwarts which takes place on the 1st of September, 1993. There was actually a full moon the night before and thus he was exhausted from transforming. The attention to detail is really impressive.

6. Neville’s Cloak Is Actually Seen Hanging From The Torch In the Grounds 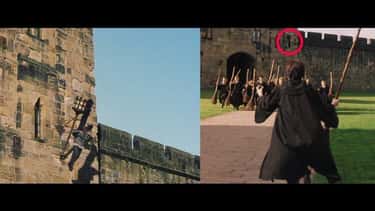 According to the Reddit user ValiantSerpant  , in Harry Potter and the Philosopher’s Stone, when Neville fell off of his broomstick, his cloack was caught on a torch and rips and he falls down. When Harry returns with Neville’s Remembrall, the cloak is still visible hanging from the torch.

7. They Skipped The Month Of August In The “Sorcerer’s Stone” 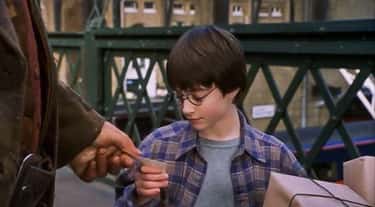 According to the Reddit user HolyDuckRaves , we all know that in Harry Potter and the Sorcerer’s Stone, Hagrid arrived on Harry’s birthday aka 31st July. And still they go to shopping in Diagon Alley and they suddenly are at the King Cross and Harry is off to board the Hogwarts express. Harry is even wearing the same clothes and that would just mean that they skipped August.

8. The Inner Working Of The Ministry Of Magic Are Actually Shown In The Fantastic Beasts: The Crimes of Grindelwald 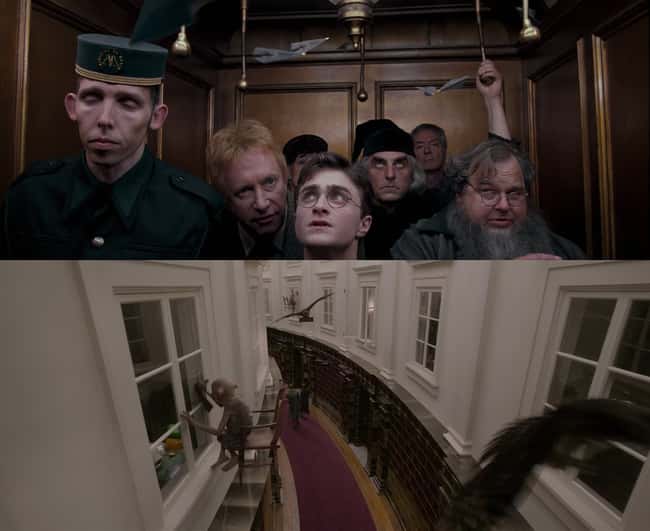 According to the Reddit user JuniorPlastic  , in the fifth installment of the movie series; Harry Potter and the Order of The Phoenix, Mr Weasley tells Harry that before the interdepartmental memos were introduced, the would use owls in the Ministry.
And then in the prequel Fantastic Beasts: The Crimes of Grindelwald released in 2018 you can actually see those owls and even the house- elves who are busy cleaning their mess.

9. Hermione Granger Choosing The Heavy Course Load Was Talked About In “Chamber of Secrets” 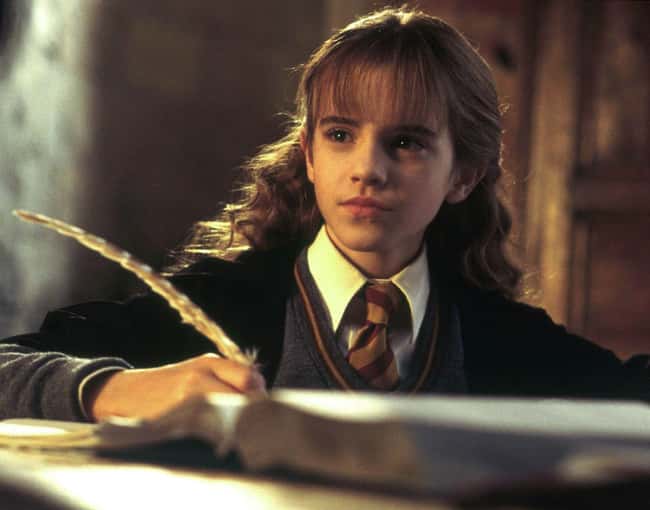 According to the Reddit user Weyoun2 , in the almost end of Harry Potter and the Chamber of Secrets, there was a seed planted by Rowling that she brought up later in the Prisoner of Azkaban. While Harry and the rest of the other students are selecting courses for the next year, on one hand Dean Thomas ended up closing his eyes and jabbing his wand at the list and picking the subjects he randomly landed on BUT Hermione took nobody’s advice and signed up for EVERYTHING. And we do in the next book find out that she has taken way too many classes which she has to attend by using the Time Turner.

10. When Draco Shoved Neville With His “Injured” Arm 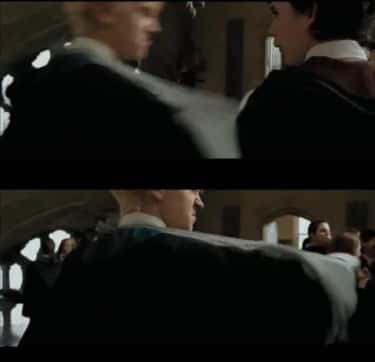 According to the Reddit users bobcobble and Towndon1
Bobcobble says that in the Harry Potter and the Prisoner of Azkaban, in the boggart scene, Draco Malfoy pushed another student out of the way with is “broken arm”

While towndon1 points out that during the boggart scene, Draco Malfoy shoves Neville Longbottom with the arm that Buckbeak injured. Thus making it evitable that he was faking it all this while and it was not as serious of an injury as he made it out to be.

11. Hermione Granger Appears In Empty Chairs In Prisoner of Azkaban 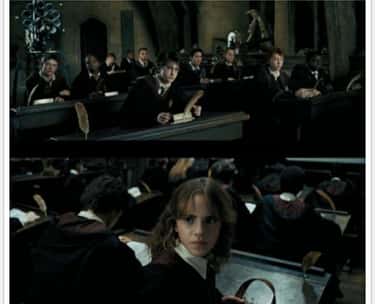 According to the Reddit user Likestuff12 in the third installment of the series; Harry Potter and the Prisoner of Azkaban in the beginning scene, a chair beside Harry Potter is empty but a few fractions of seconds later, Hermione Granger appears out of thin air and is seen sitting on the same chair, implying the use of Time Turner. And one scene even Ron was confused seeing her.