Animated movies were not always seen as a medium for everyone. There was a time when they were ridiculed as merely ‘”Kids’ Movies”. Although that has changed, the Oscars have been fairly brutal to movies from the animated genre. 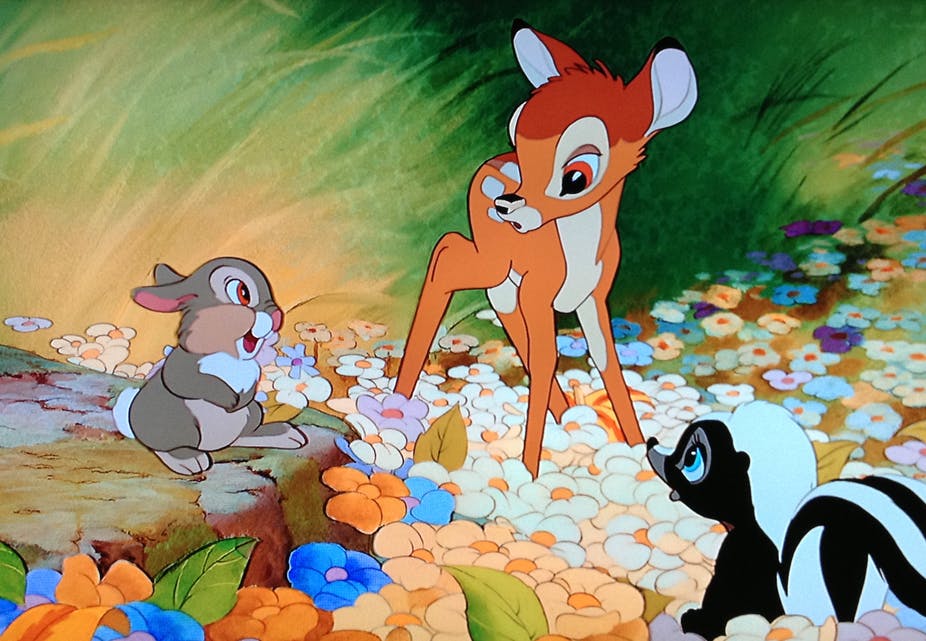 Mrs. Miniver came at a time when the second world war was yet to reach its peak. The British were fighting the Germans tooth and nail. But they were losing. The British Citizens were sacrificing a lot to help their boys win. But the worst days of the war had not come to pass yet. And that is why Mrs. miniver could be considered an arrow that left the quiver too soon for its taste. Bambi on the other hand was a story that was well-thought and planned out. It’s animation was decades ahead of its time. For an animated classic, it explored mature themes like being orphaned and the struggle to survive. 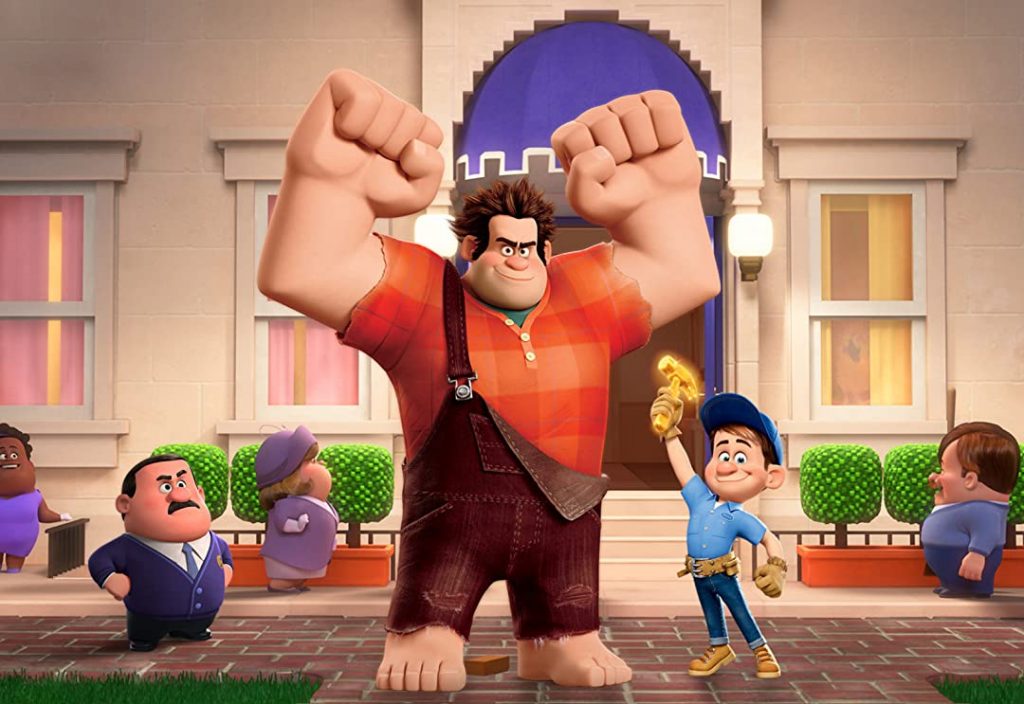 The movie was wildly inaccurate. It had a few adrenaline pumping scenes. But there were better deserving movies out there. Take for example Wreck It Ralph. The movie uses video game pop culture tropes to tell us fantastical tale. Where Argo falters in terms of plot cohesiveness, Wreck it Ralph excels. In addition to that, it’s a unique tale, not something copy-pasted from pages of history like Argo. 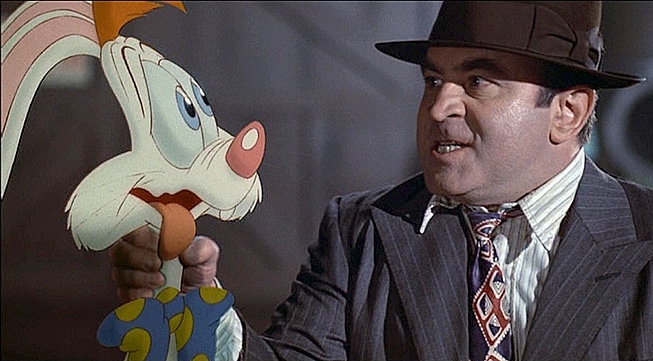 If you thought we were going to include Space Jam on this list, we are sorry to burst your bubble. Who Framed Roger Rabbit is the finest blend of suspense. comedy, and animation. It’s innovative and creative. The movie combined two entirely different genres that are the physical equivalents of oil and water and made something wildly entertaining out of the two. On the other hand, Rain Man mostly caricatured people with mental disabilities and furthered stereotypes. It could never match to the quirky brilliance of Who Framed Roger Rabbit. 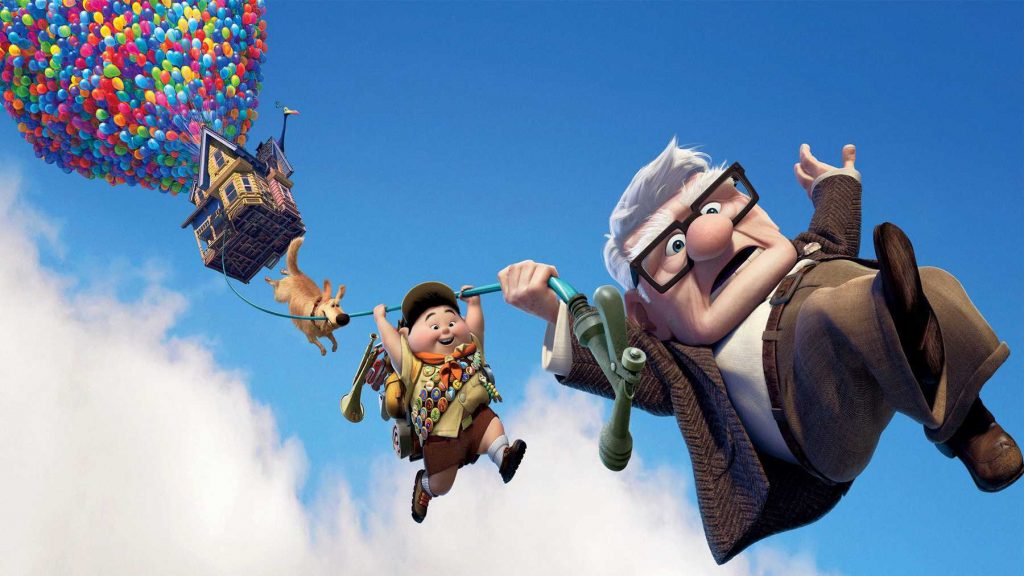 The purpose of a movie is to provoke a thought. It’s supposed to inspire. While the definition that goes around in the movie making industry nowadays differs from director to director, the core ideal remains the same. Up excels in that area. It is one of the greatest movies of all time. the story is brilliant. The suspense and thrill is family friendly and nail biting. Up actually went against The Hurt locker for Best Picture for the Oscars, eventually losing out to the latter. But we believe Up deserved that award more than the movie that actually won., 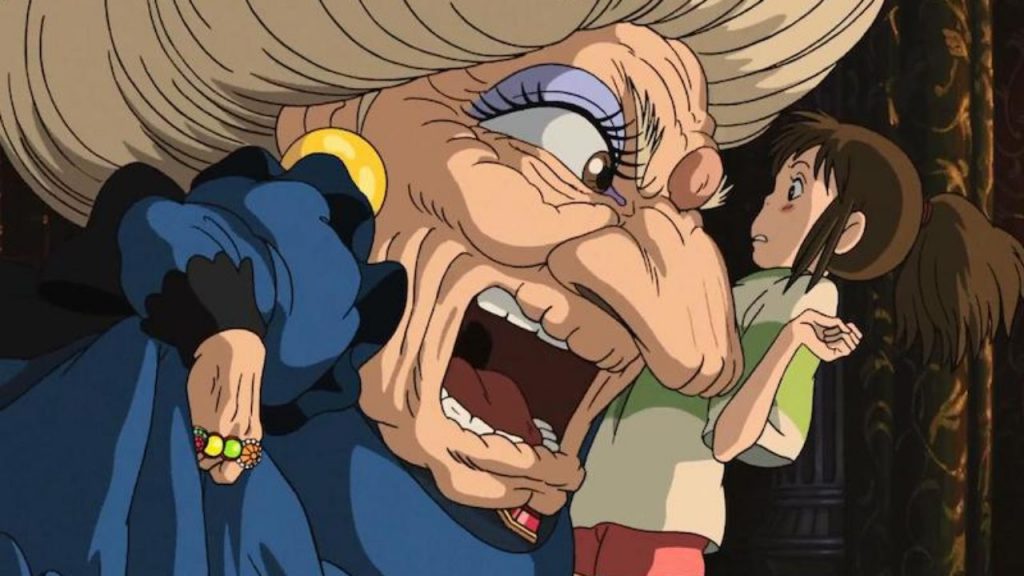 Before there was Your Name or Weathering With You, Studio Ghibli captured hearts and minds with their 2002 cult classic Spirited away. While it was certainly a strange movie to watch, it was the first time mainstream audiences were exposed to the cryptic and alluring world of anime. Chicago was a great musical but it does not have as much an impact today. Spirited away on the other hand is still remembered for its brilliance. 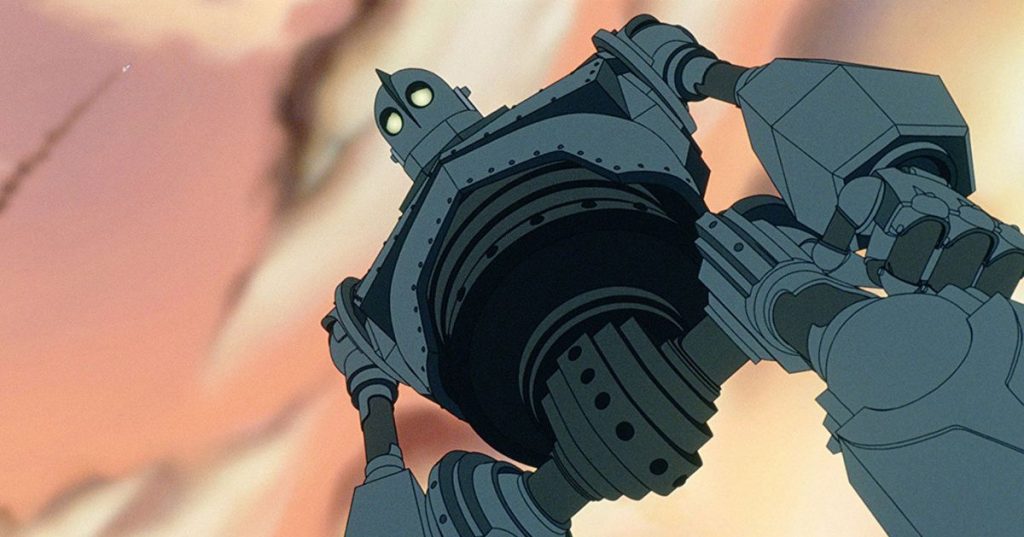 The primary reason The Iron Giant slipped out on an Oscar is credited to its less than stellar performance at the Box Office. Given the budget and the production value of the movie, everyone was surprised when the movie bombed. The story is about a young kid who befriends a literal giant robot and then teaches it the values and virtues of humanity. American beauty is about a Middle class White Dude trying to get into the pants of her daughter’s underage friend. Go figure. 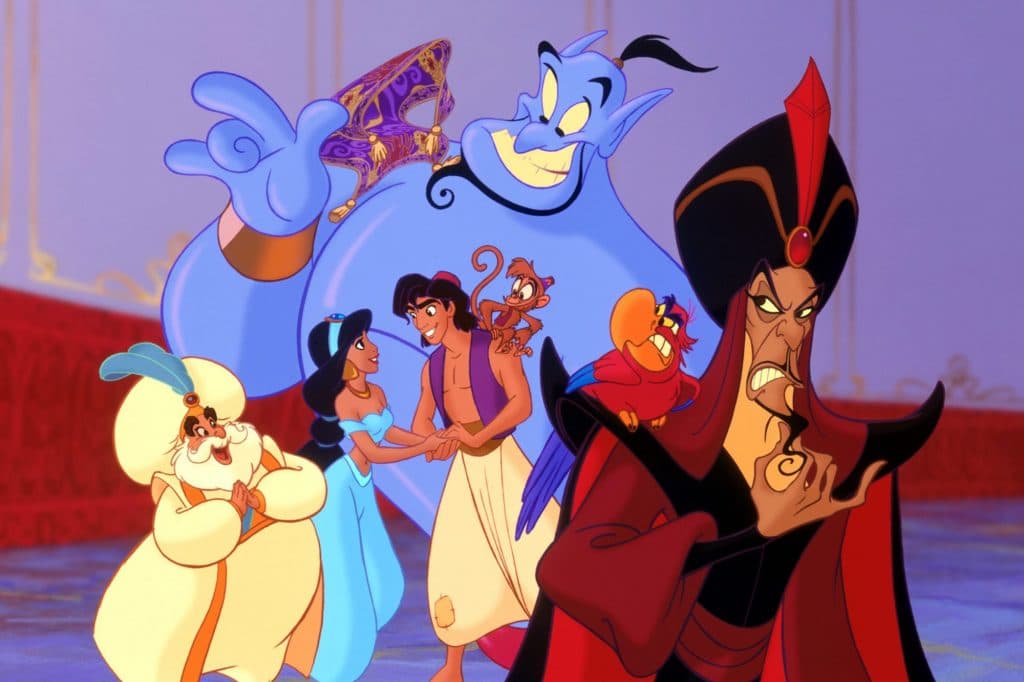 We will give Unforgiven this much – It is one of the most realistic western movies ever. While the hundreds of thousands of movies that came before it have only exploited the genre on the basis of stereotypical tropes, Unforgiven gives us a dark, grittier, and more practical portrayal of those times. But in many ways, it was still a Western movie. We have had enough of those. Aladdin was one of the first Disney movie’s other than The Lion King that genuinely resonated with the fans, becoming a household phenomenon. The movie should have won Best Picture just for the incredible performance by the legendary Robin Williams 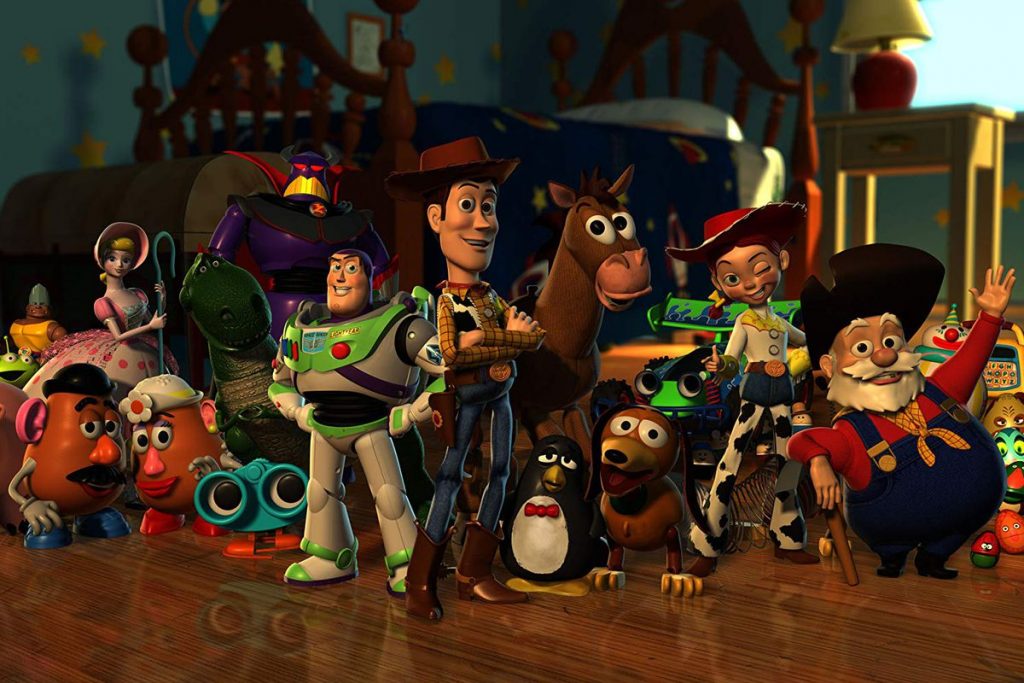 Braveheart suffers from the same ailment that plagues nearly every medieval themed movie – Historical Revisionism. In simpler words, the story is manipulated and actual events omitted and/or edited to fit the narrative the director wants the fans to follow.  To top it off, we have Mel Gibson, an actor whose antics have only made the movie age really bad. Toy Story was the one that started it all. It was the first full blown use of CGI in an entire movie. The movie franchise was so successful it turned Pixar into a Force of Nature in the industry. 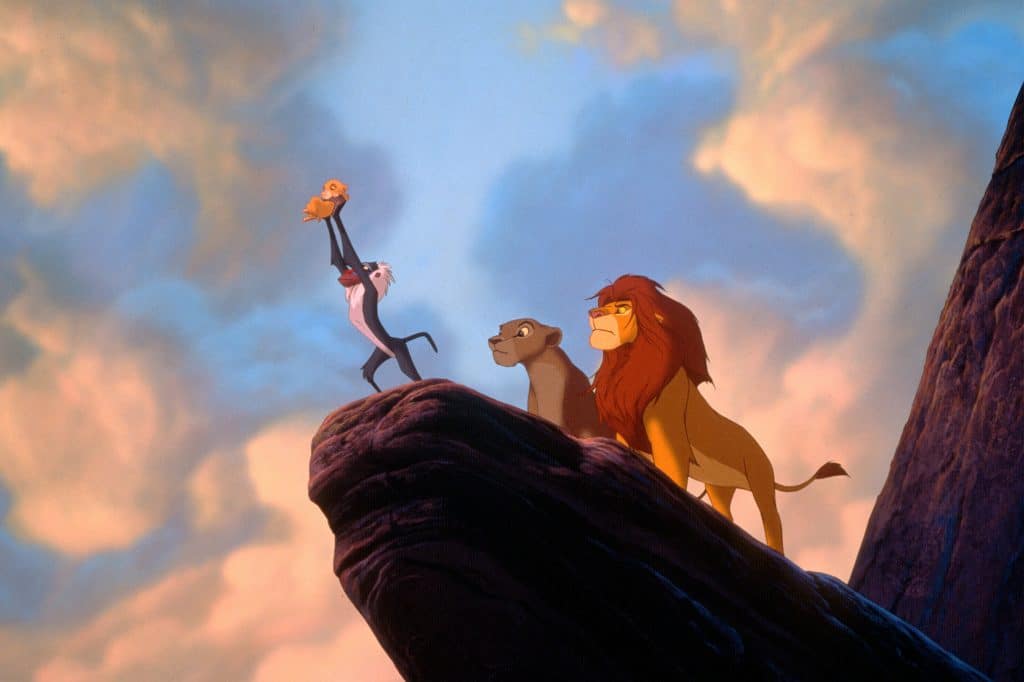 Granted The Lion King is an anthropomorphic reimagination of Shakespeare’s Hamlet. But it still creates an atmosphere of warmth and hope every time you watch it. It has some of the best original sound tracks of all time. There are tons of lovable characters. The movie gave us Timon and Pumbaa for crying out loud!! If you think with a logical mind, the plot of Forrest gump makes no sense. The story basically makes fun of people with mental disorders and states that as long as you wait, things will work out in the end. We all know that’s wildly inaccurate. The Lion King has a better message. 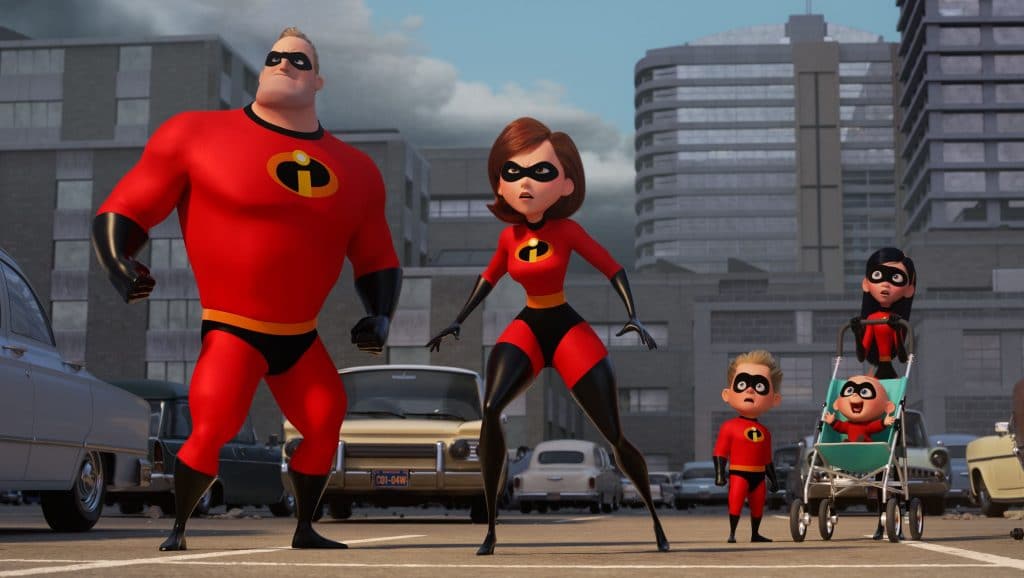 Before Marvel Studios started the Marvel Cinematic Universe in 2008 and absolutely decimated all competition in the superhero genre, Pixar’s The Incredibles was one of the greatest superhero movies of all time. The Incredibles mixes action, drama, comedy, and adventure in perfect amounts. The formula worked, pushing the movie into the frontlines of universal acclaim. Million Dollar baby is in its bare essence, a boxing movie. It takes the same formula as Rocky and Raging Bull, and adds a minor twist of changing the gender of the lead character. It certainly fooled the Oscar committee into thinking it was a better movie. But we know better. 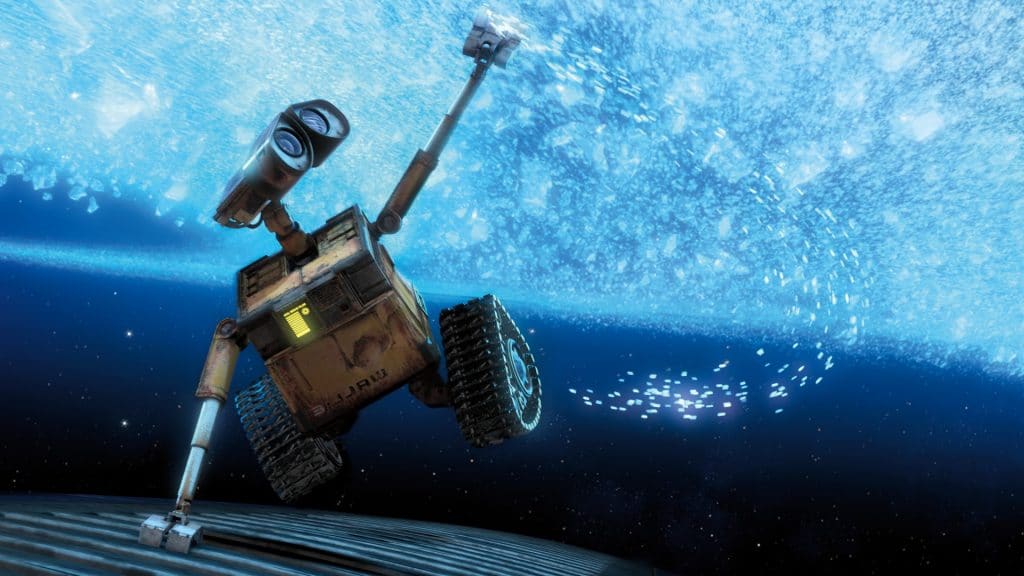 The reason why Slumdog Millionaire is a bad movie is not because its a bad movie. To be frank its an average sized entertainer. But the real reason why its a bad choice to be given an Oscar is because stories like that have been told in Bollywood ages before a western Director decided to make a movie out of it. There’s nothing special about the movie except its packaging. Gloss over any good Indian social drama movie and you will find a similar, or even better story arc. WALL-E was a more unique tale. Through minimal use of dialogues and relying on superbly well-crafted screenplay and animation, Pixar won our hearts once again. 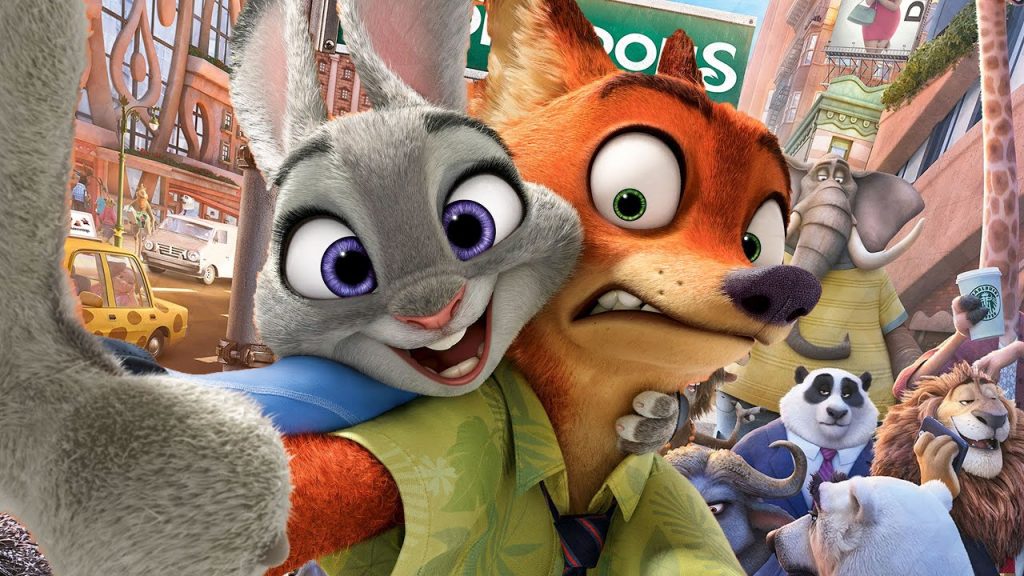 Both Moonlight and Zootopia, in their own ways, address the serious issue of racism. Moonlight takes the more practical and conventional route. But it’s not for everyone. Try to make a kid watch Moonlight and make him explain to you what racism means. The kid will be at a loss for words. Zootopia takes a grave social problem, breaks it down to a theme where it can be watched and understood as a concept by people from all generations. That is why it deserves an applause and the Oscar for Best Picture in 2016, not Moonlight.