Captain America is not here to lead the country. I’m here to serve it. If I’m a captain, then I’m a soldier.

Okay I hope that you all are probably aware of this hilarious Captain America meme template. When Captain America is stuck in a lift fighting Hydra Members, this meme has been viral since it went online and has been named as Captain America Dad Jokes. Still many fans have been irritated with this set of memes as they have been used a couple of times. But not us….. Yes I Just Improvised an Endgame reference right there. So before we get down and enjoy these memes, let’s have a brief introduction to what really are these Captain America dad joke memes. These are actually an image macro series were an image has a funny text/caption which is used in form of memes. So this template actually uses four screenshots from two MCU movies that are Captain America: The Winter Soldier and Avengers: Endgame. In Winter Soldier we have seen that Captain America fights a group of Hydra soldiers in an elevator, but in Endgame he rather says “Hail Hydra” to avoid the fight and that’s what it’s all about. These meme actually went viral in the early February 2020. Making this scene a vehicle for various dad jokes. So let’s see what these Captain America dad jokes really are and have some fun over them.

#1 My dog walked over Sandpaper: 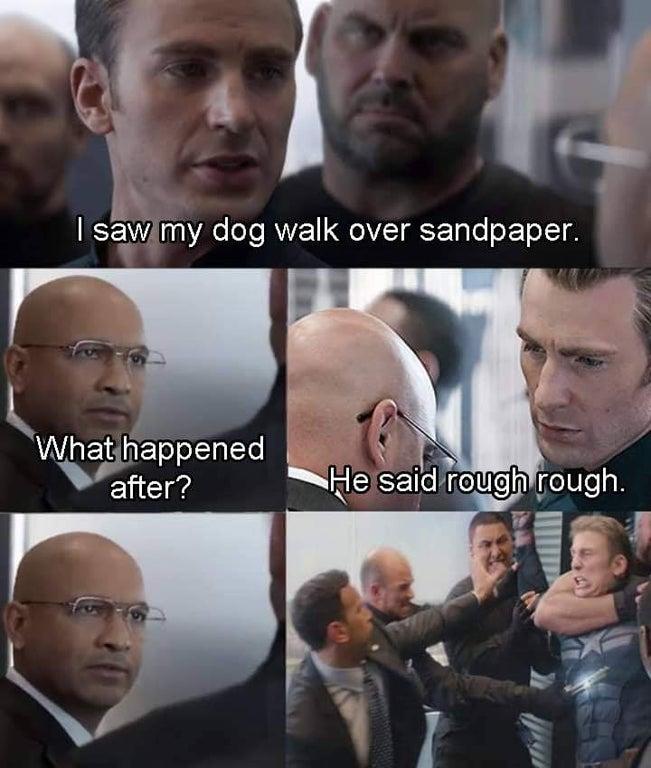 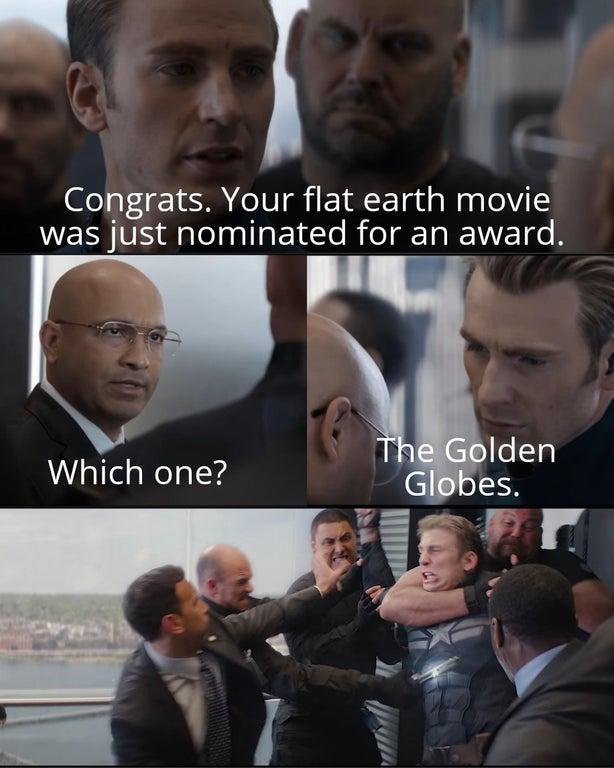 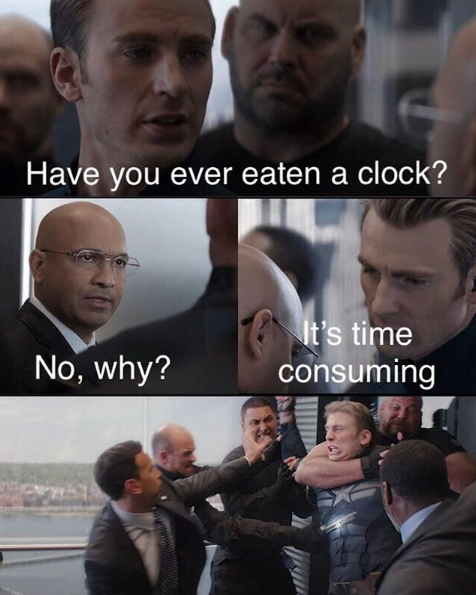 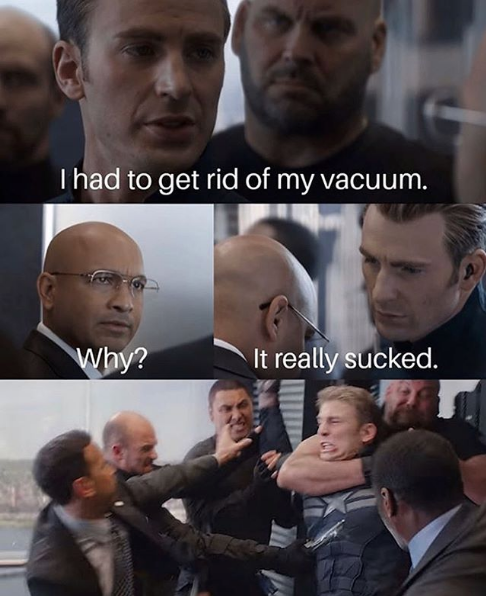 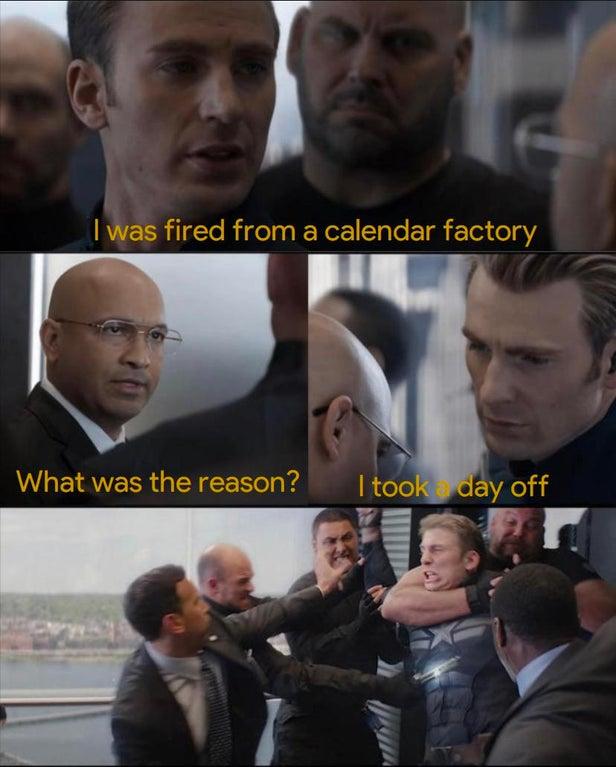 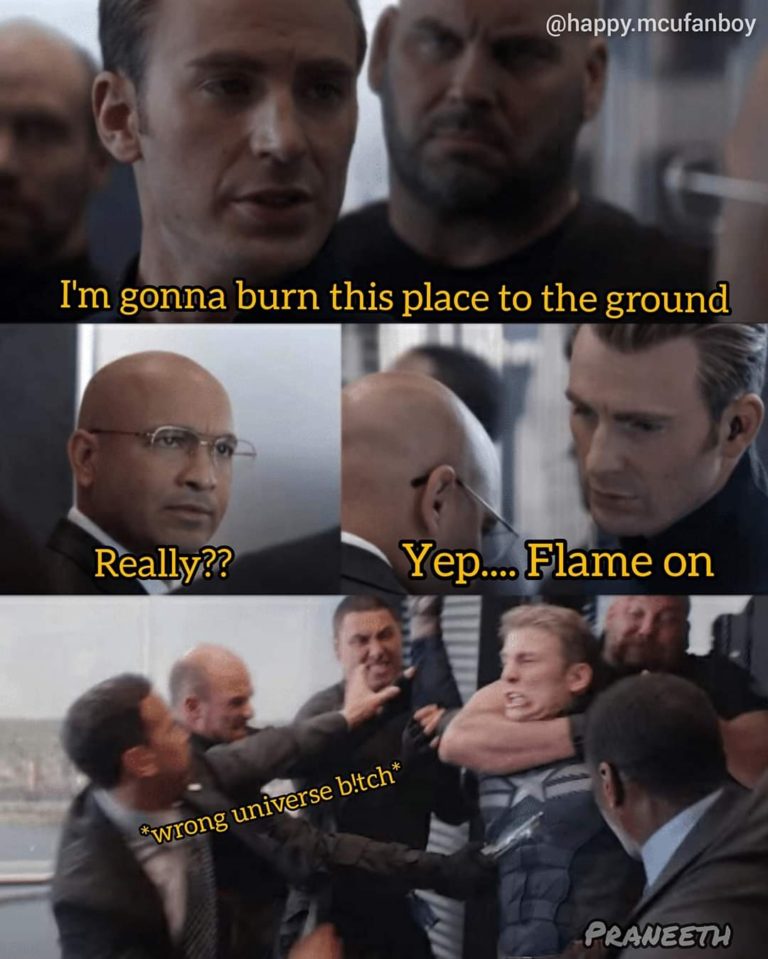 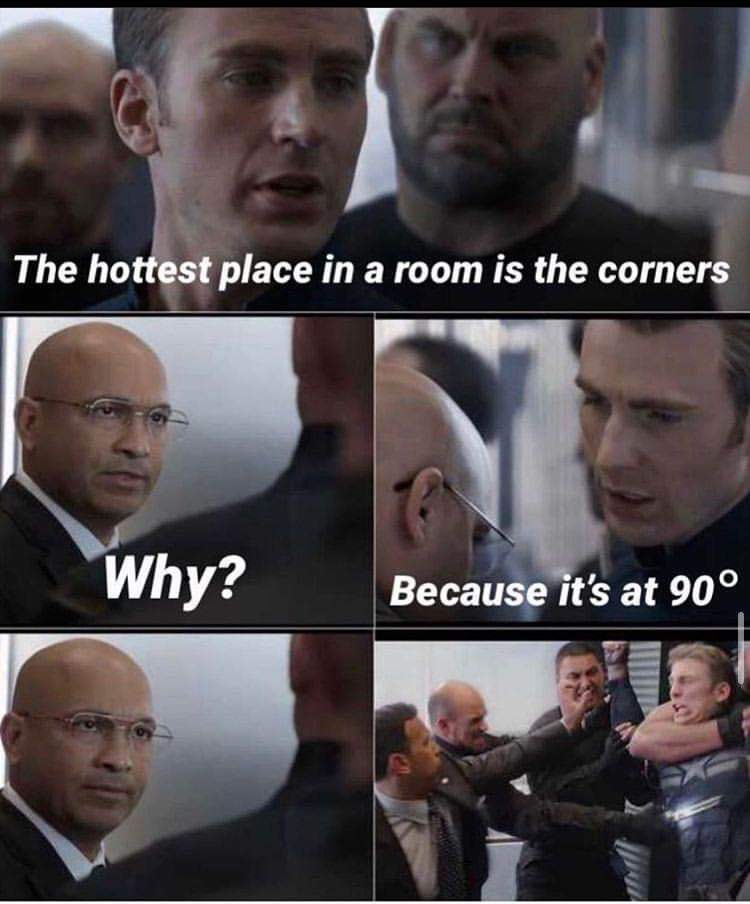 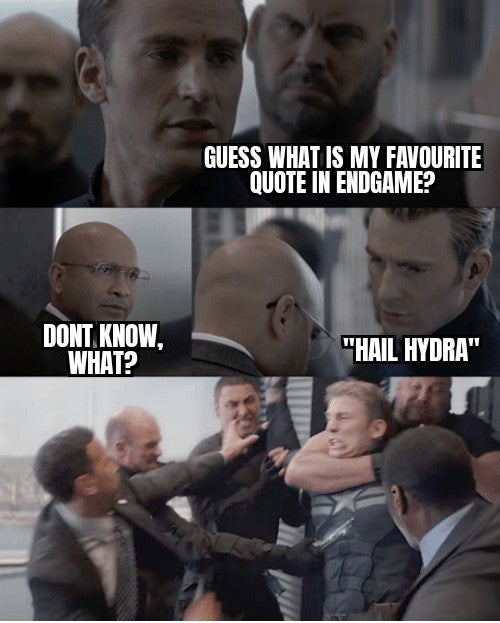 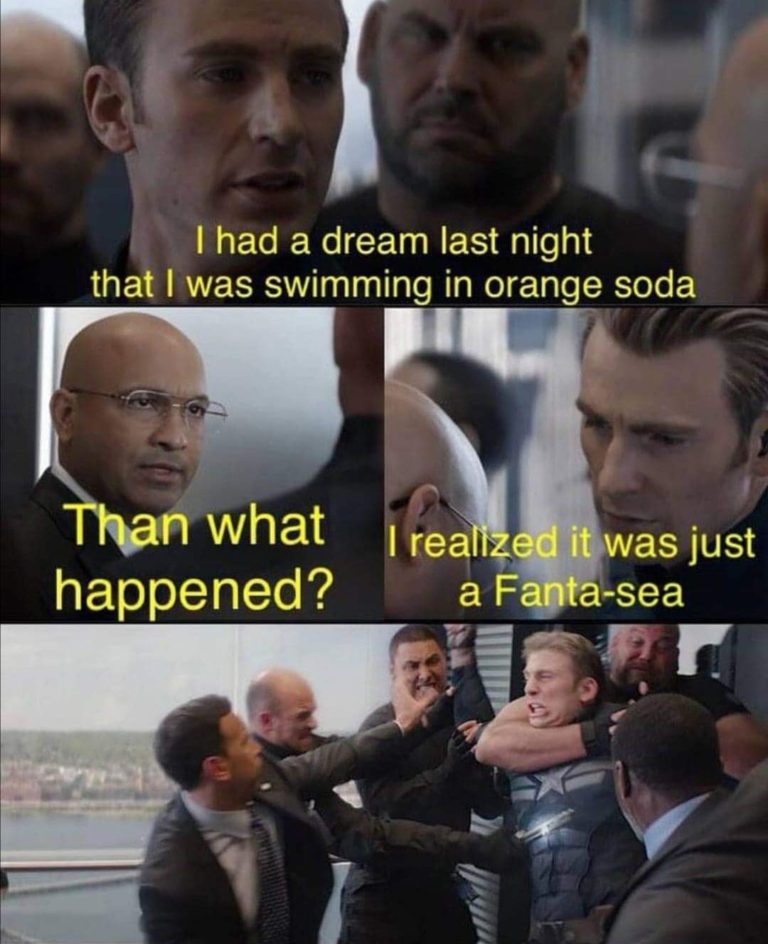 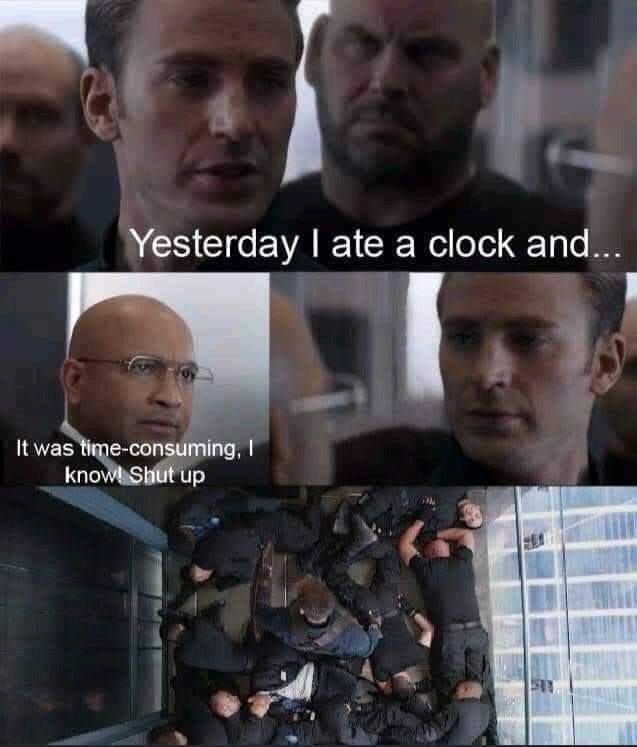 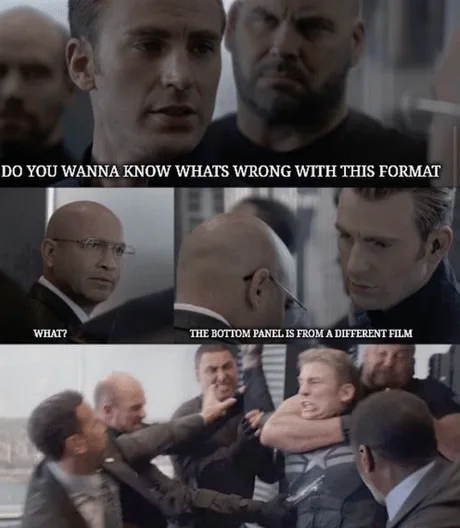