Anthony Mackie aka Falcon or now known as the Captain America and Sebastian Stan aka Bucky/ Winter Soldier are both the most chaotic duos in the Marvel Cinematic Universe. Now Tom Holland, when he entered the MCU as the neighbourhood friendly Spider- Man aka Peter Parker; he was bit naive but eventually he did open up!
However, he was subjected to the teasing and the roasting by the Avengers cast especially Anthony and Sebastian.
These two have made a habit of roasting each other in interviews but even Tom Holland has gotten caught in between their crossfire.
It can be called as brotherly love but Tom Holland can’t seem to keep himself from being called out.
Considering the fact that Tom has leaked classified Marvel information on multiple occasions, it could be one of the main reasons, but it’s still such a beautiful bond among them.

1. Good Thing Tom Is On Team Iron Man (Maybe That’s Why They Tease Him So Much?) 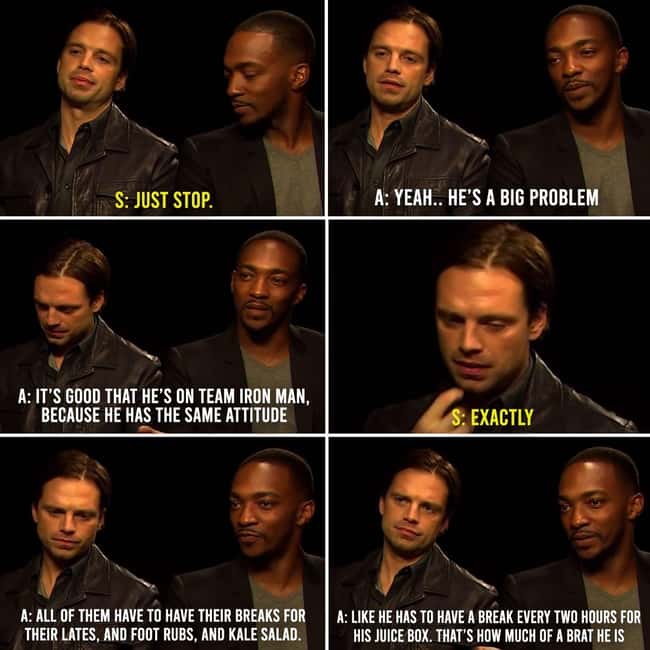 2. Apparently Tom Holland Has Been Giving Away Things For Attention… 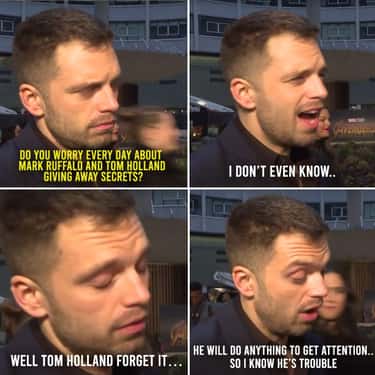 3. So Hair Gel Is The Secret Of Tom’s Hairstyle! 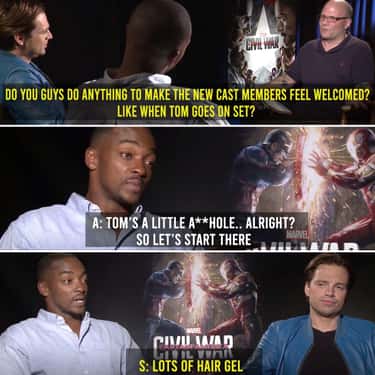 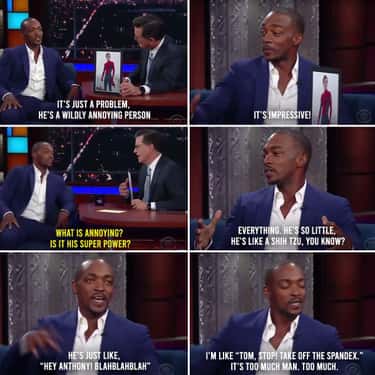 5. Now That Is A Great Compliment For Spidey 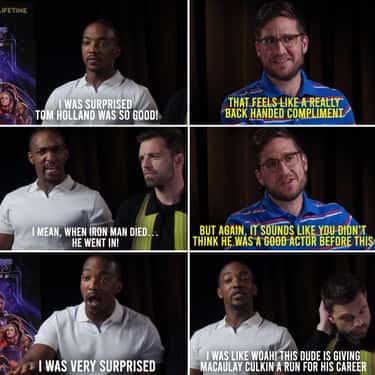 6. Tom Is A Diva Who Drinks Lots Of Juice Boxes 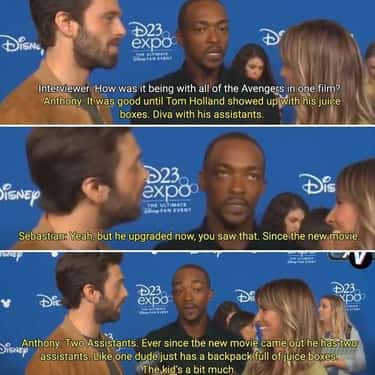 7. Tom Holland Decides To Be Savage For A Change 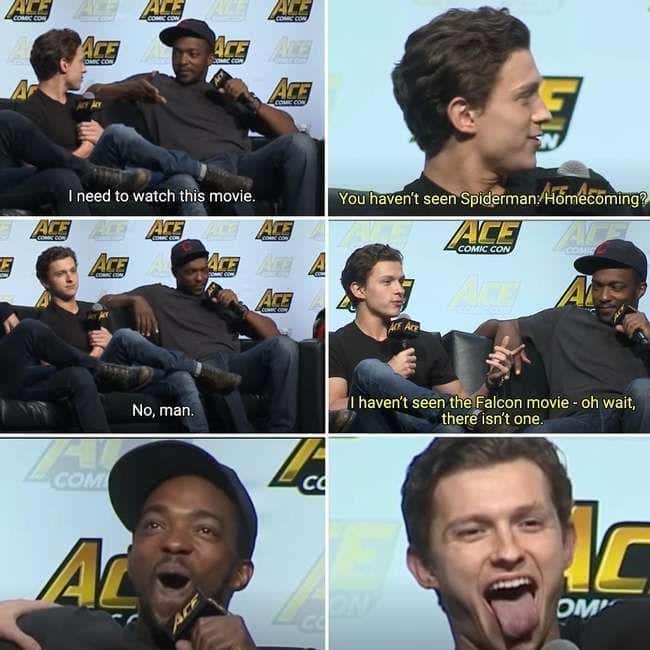 8. We Wonder How Would Anthony Mackie Actually Fair As Spider- Man 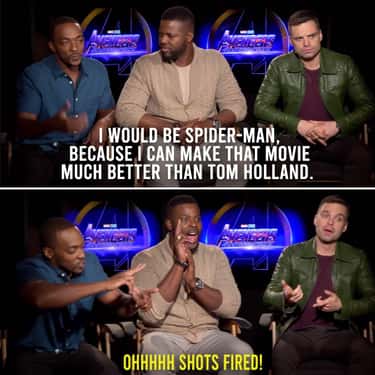 9. Avengers Aren’t Tired Of Fighting Villains; But Are Definitely Tired Of Tom Holland! 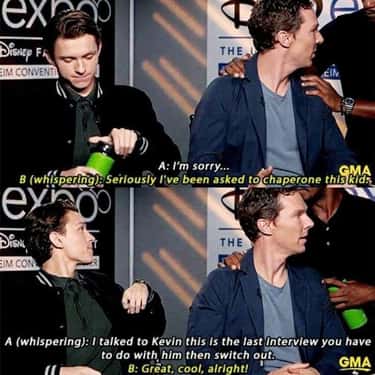 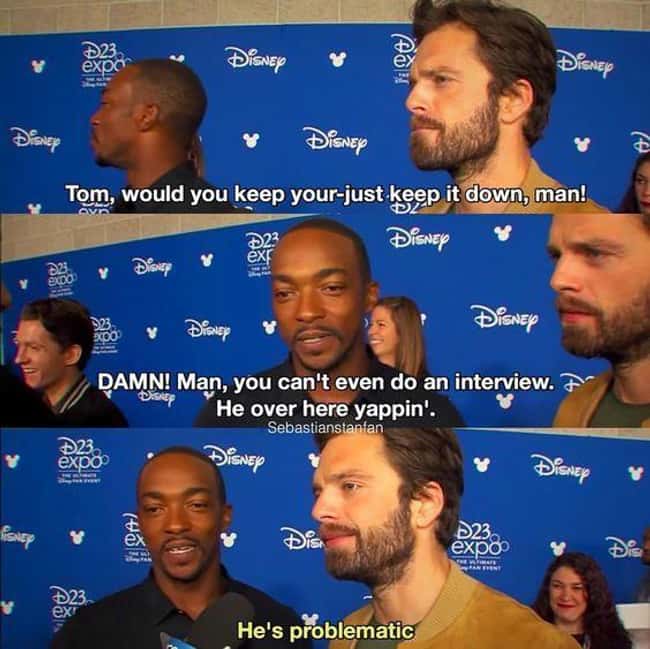 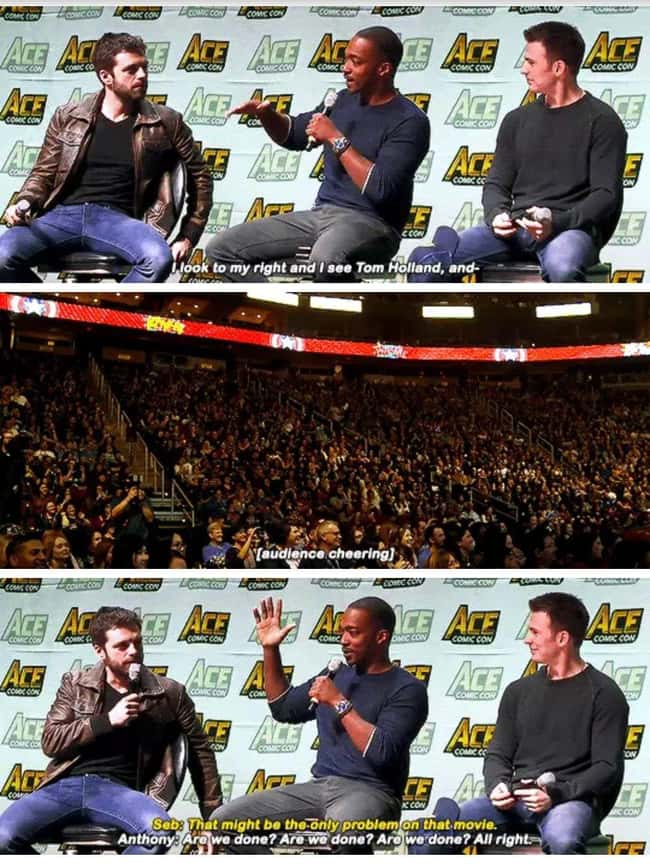 12. Oh That All Is For Tom Holland? Seriously? 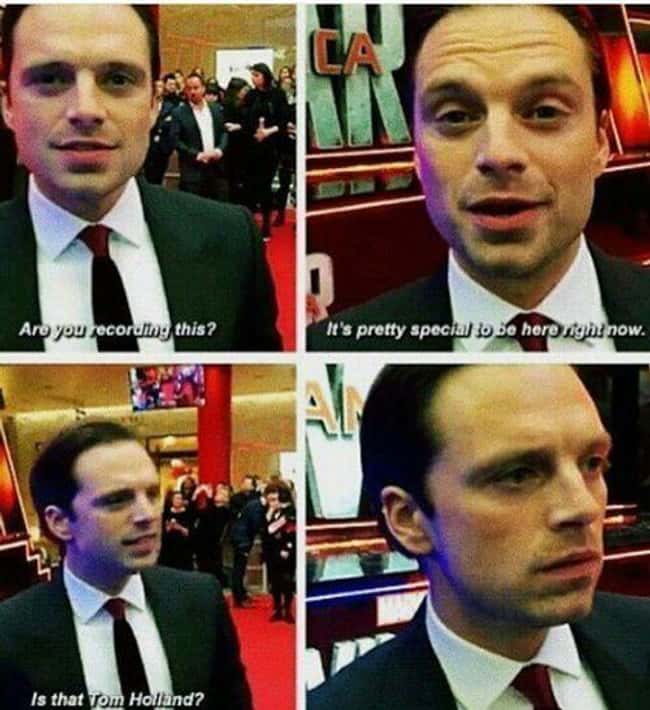