In 1895 the first movie was made, and since then, films have been a part of human life.
Well, suppose we talk about the movie. In that case, they are like a mirror of society, informing us about what is happening in the world through the power of stories, whether those things are good or bad. We all know that it has been almost 125 years since the idea of movies came into existence. Since then, these movies have been pleasing us all with their different genres and giving us all a subliminal message to live a happy as well as a successful life. Movies are depicted as a form of cinematography used to express suggestions, consciousness, and incidents. From the past 125 years, there have been many movies that got released, having different genres of action, romance, comedy, and many more. So today, we at Animated Times thought why not have a look at the comedy genre of some humorous movies in order to see what jokes are told in the Movies. But before that, let us tell you what the meaning of Jokes is. Well, a joke is a display of comedy in which words are used within a specific and straightforward narrative structure to make people laugh. Jokes and they are not meant to be taken seriously. A Joke takes the form of a story, usually with a dialogue that ends with a punch line. The punch line makes the audience aware that the story contains a second, diverge meaning. This can be done using a pun or other word-plays such as sarcasm or irony. So as we have told you what the true meaning is behind each joke in the movies, we would love to draw your attention towards some of the hilarious jokes that are being told in the film. Usually, when we as an audience laugh at a movie, it’s because of the dialogues and the situations that the characters have got themselves into. But there are a few times when a character will stop telling the spectators an actual joke with the help of a setup and a punchline! Welcome to Animated Times, where we will show fans 13 entirely humorous jokes told in the movies. Isn’t it amusing…If yes, then Lets’ pop into the list to laugh at these 13 jokes all by ourselves.

#13 When Nick (Jason Bateman) told the sloth this knee-slapper at the DMV: 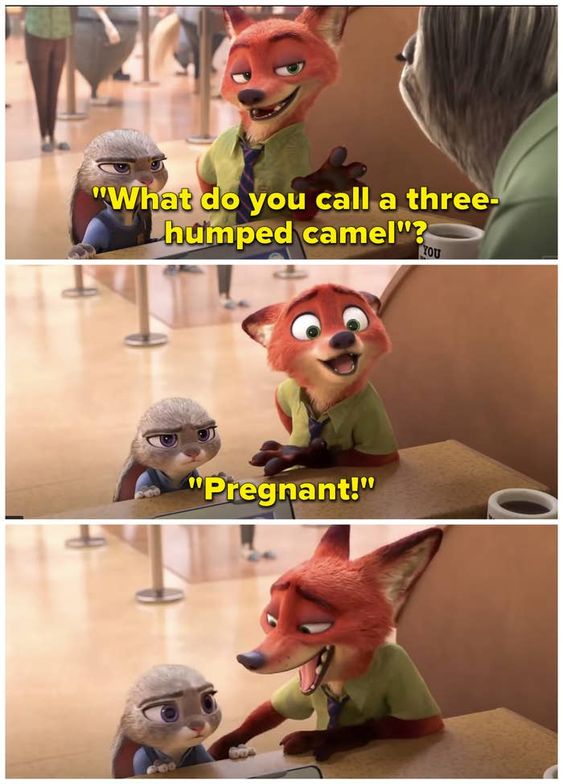 #12 In Jurassic Park, when Tim (Joseph Mazzello) tells this very on-point joke considering where they are: 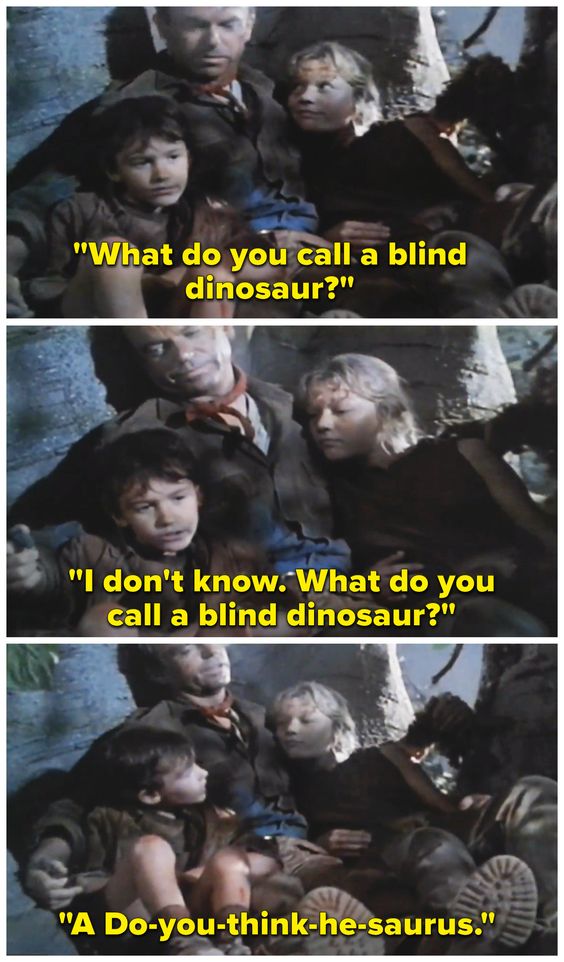 #11 In A Prairie Home Companion, when Lefty (John C. Reilly) tells Dusty (Woody Harrelson) this one while performing the song “Bad Jokes”:

#10 In Coming to America, when Saul (Eddie Murphy) tells the guys at the barbershop this golden oldie: 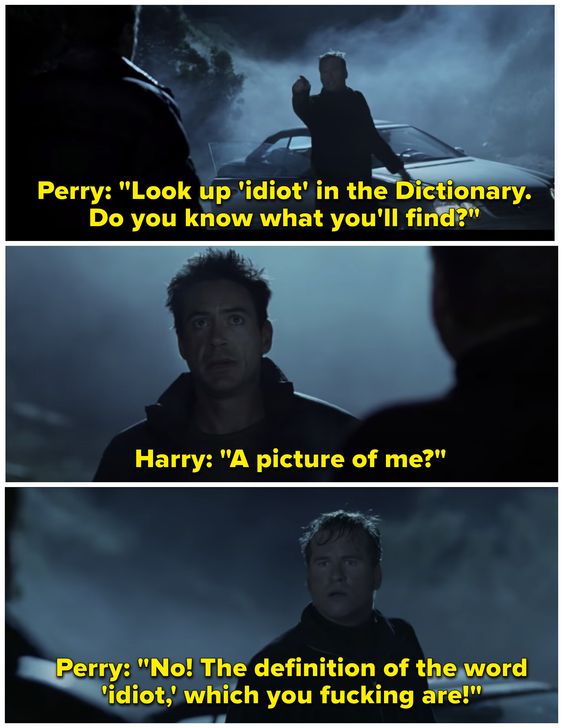 #8 When the android Andrew (Robin Williams) told this joke in Bicentennial Man: 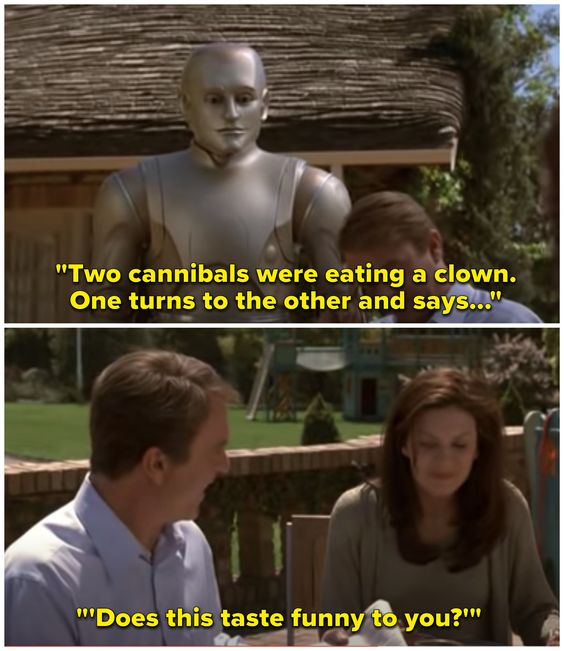 #7 In Pulp Fiction, when Mia (Uma Thurman) told this joke:

#6 In Her, when Theodore (Joaquin Phoenix) told his A.I. virtual assistant Samantha this one: 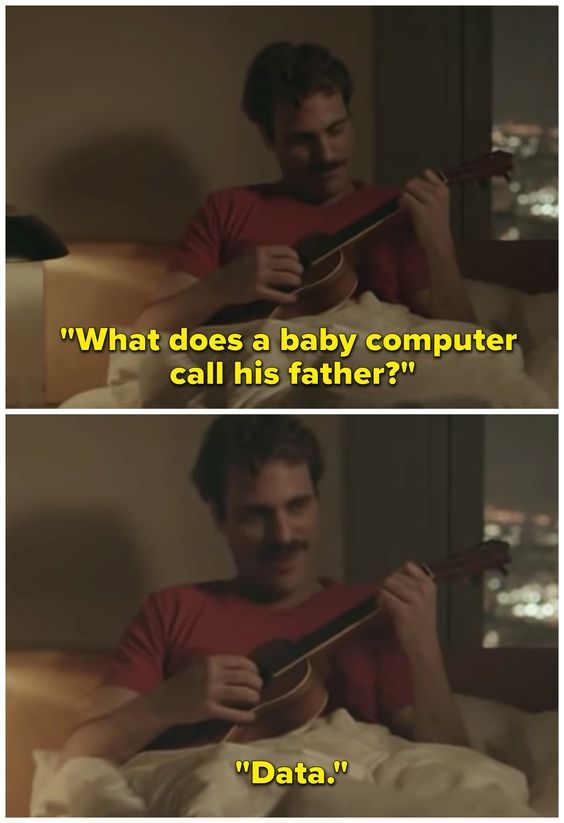 #4 In Fargo, when Marge (Frances McDormand) told this yucker: 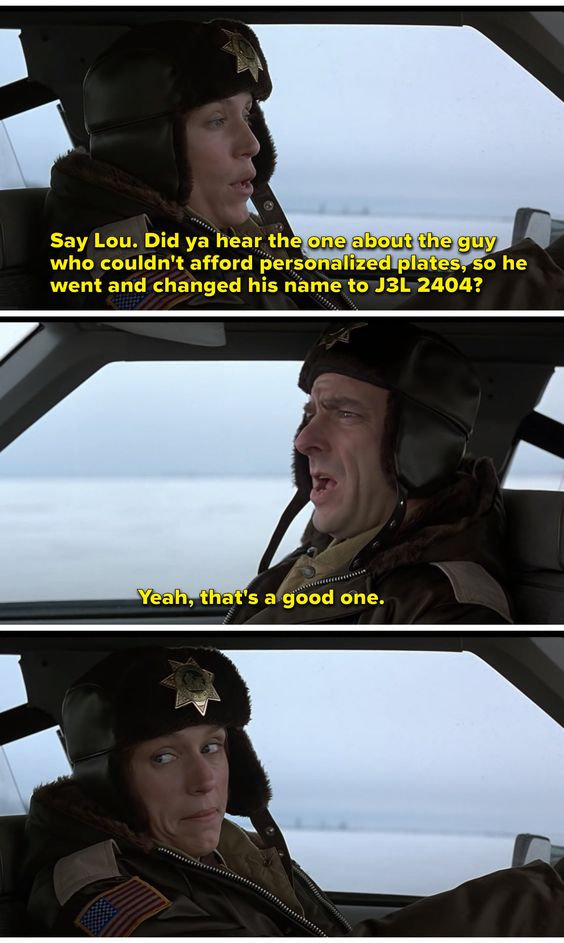 #3 In Mary Poppins, when Uncle Albert (Ed Wynn) told this funny one that started out sad:

#2 In The Pursuit of Happyness, when Chris Jr. (Jaden Smith) told this joke that’ll make you think:

#1 What About Bob?, when Bob (Bill Murray) gets the whole hospital laughing:

Well, honestly speaking, these are a few of the best jokes that were ever said in the movies.
These jokes not only made the audience laugh out loud but also made the actors laugh on screen as well as in reality making the scene look more hilarious. So which among these 13 scenes is your favorite. Do let us known in the comment section down below.