Marvel just released another trailer for Eternals, with lots of amazing moments that reveal a lot about the superpowered team up and the story itself.

Marvel started with bringing in the already famous characters on the big screen, But Eternals are an odd bag, They weren’t particularly very famous in the comics. But learning from their past experiences, Marvel realized that the popularity of these characters doesn’t matter, as long as the movie is great. And the trailer reveals a lot about these characters, which some of you might have missed, so here we are with a full trailer breakdown. 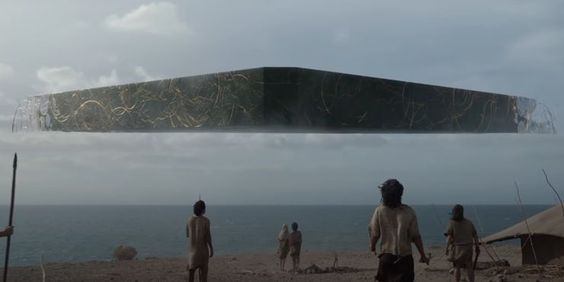 In the comics, the Eternals are a cosmic race created by the celestials, but it appears that MCU might’ve changed their origin story. Portraying them as ancient aliens sent to protect the earth and guide humanity. The ship appears to be the main base for the Eternals, and because of its cloaking ability, it might still be around. Shots of Babylon all the way to Aztec were also shown. 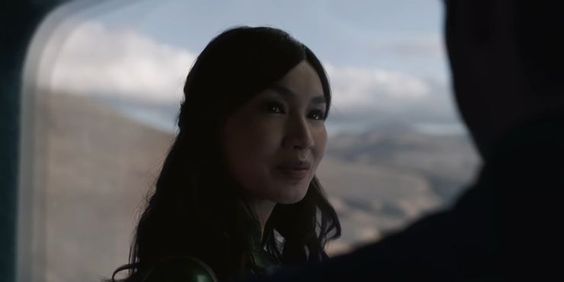 Sersi and Ikaris were seen looking down at the earth, both of them being the main characters of this trailer. In the comics, Sersi is the member who interacts with humans the most, and at one point even became a part of the Avengers. It looks as though Sersi is already in love with the earth, Ikaris on the other hand is not as impressed.

The trailer is then followed by revealing some characters and their costumes. Angelina Jolie’s Thena costume was intricate and gorgeous. It was followed by a shot of Ajak, who is supposed to be the spiritual leader of Eternals. And then a shot of Phaistos manipulating Cosmic energy is shown, secretly helping humanity develop the technology.

Eternals Role in the MCU 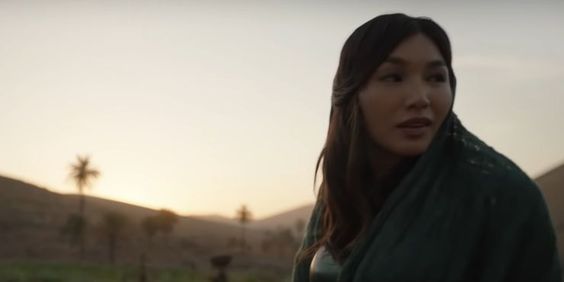 The trailer featured a lot of scenes and voice-overs that explained their role in the MCU, and in developing human civilization. The shot where Sesi helps the humans irrigate a village shows how she might have interacted with humanity on a deeper level. She is seen using transmutation to create water, and later helping a family irrigate.

Thena Showing Off Her Combat Skills 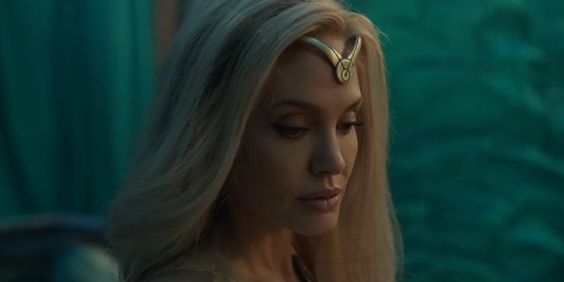 We are greeted with a shot of Thena showing off her combat skills. Thena has the ability to create weapons using cosmic energy. Her favorite weapon in the comics is a staff, so it’s safe to assume that they had to show it in the trailer as well. 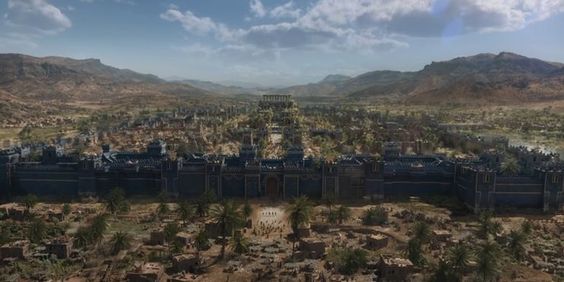 The Eternals are then shown in the gates of Babylon, with voice over hinting that they might be linked to the Ancient Seven wonder of the World.

In the comics, Babylon has always been an important location for Eternals, and it looks like it will be the same in this movie as well. 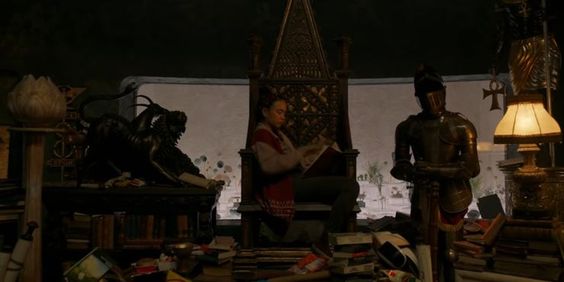 The trailer shows a scene of Makkari, the fastest woman in the universe. She’s also the first deaf superhero. She has been gender swapped for the movie, and her role is still a mystery.

The trailer shows her speedreading in the Eternals ship, flipping through books at super speed.

The scene is also filled with items from every civilization the Eternals have interacted with, like a Black knight Medieval Armor, and a pack of Pop Tarts? 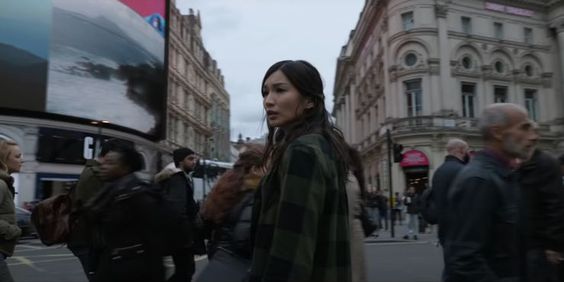 Eternals have been helping humans for thousands of years, but the trailer focuses more on the present day. Sersi is shown walking around through ancient Babylon and then in the present, where she looks a little confused. So maybe the eternals have forgotten about their powers, and have blended in with other humans. Which explains why they didn’t help the avengers against Thanos.

The shot is followed by a shot of the fall of Babylon, reminding the viewers that being a passive watcher, eternals have seen a lot of tragedies over millennia. 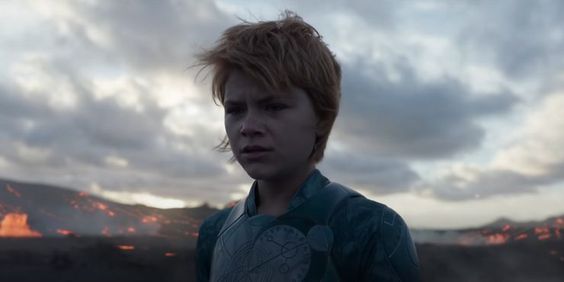 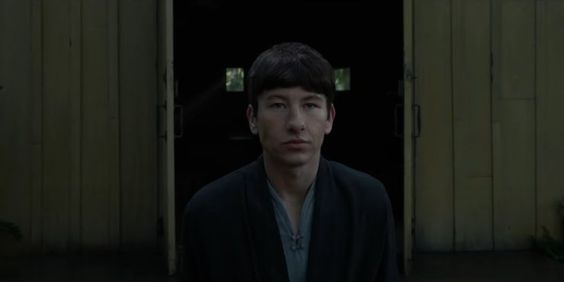 The trailer then shows shots of Sprite and Druig. Sprite is an eternal who is forever trapped in the body of a young child, and has the ability to create lifelike illusions. Druig has the ability to manipulate mind of others, and he doesn’t agree with the Eternal’s Ways of dealing with the humans. The trailer shows him being a leader of some sort of cult. 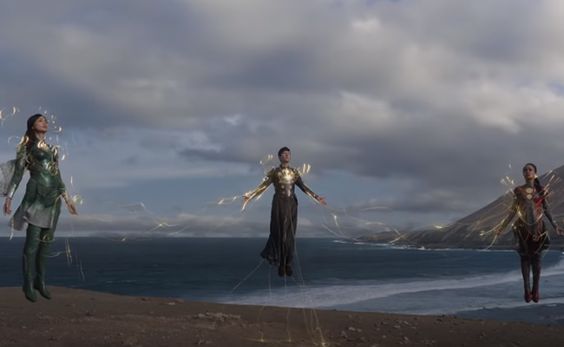 All of the Eternals are individually very powerful, but their greatest power is the ability to unite their minds into one, called Uni-Mind, which is infinitely more powerful than any of the Eternals.

Romance between Ikaris and Sersi 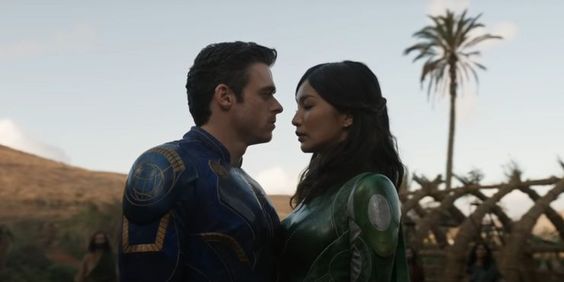 The trailer focuses a lot on the love between Ikaris and Sersi, showing multiple shots of them coming close with the culture and the civilization changing in the background.

The trailer then shows a few shots of Kumail Nanjiani’s Kingo, who enjoys his life of fame in bollywood.

Volcanic Eruption and the Storm 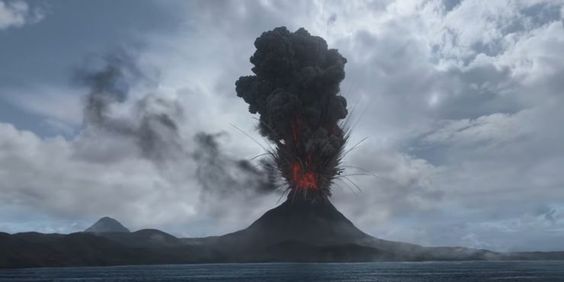 One of the most intriguing shots in the trailer was the shot of a volcanic eruption, which may be tied with the fall of atlantis. In the comics, in a war between Deviants and Eternals, the king of Atlantis turned the city’s volcano into weapons, causing huge earthquakes, which led to Atlantis sinking, eventually involving into an aquatic race. There are already a few signs of Altantis in the MCU, like the SHIELD hotspot in Ironman 2 and the submarine earthquake in Endgame.

The trailer also shows Kit Harrigton’s Black Knight and Sersi standing next to each other, rather worried. Black Knight’s role in the movie is still unclear, as the trailer focused more on the Eternals.

The trailer starts building up, by showing a storm, which might be a sign of the arrival of a Celestial. 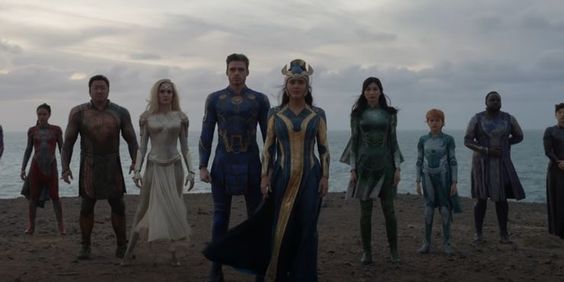 The trailer concludes with all the Eternals standing next to each other, putting their differences aside against a mysterious threat. And they all are wearing their amazing costumes.

Who will lead the Avenger 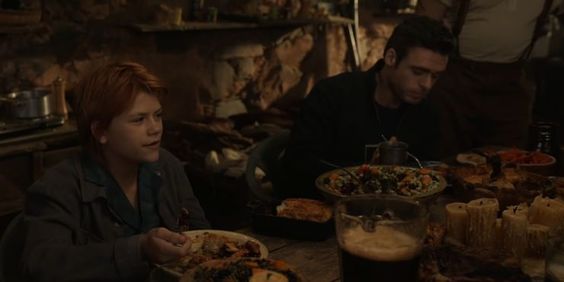 The trailer ends with the Eternals discussing who will lead the Avengers, now that Ironman and Captain Rogers are gone. Providing a comic moment for the trailer and reminding us that this is still the same universe. Plus this might hint at their connection with the Avengers.

That’s it for the trailer breakdown. Let us know what you think in the comments below.